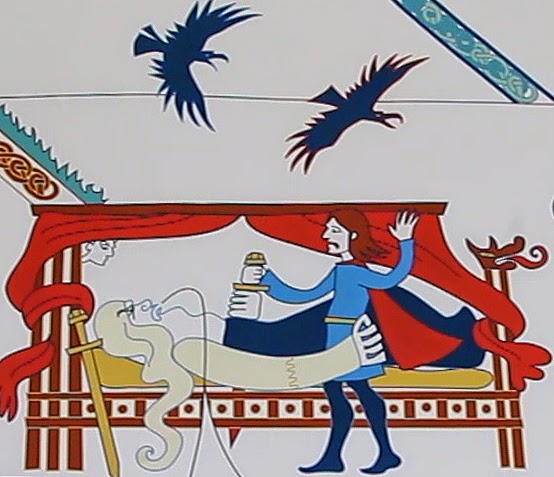 Ravens are important in both the Vatnsdaela Saga and the Ponnivala epic.  In the former they appear just at the moment that the hero Ingimund kills a wealthy robber.  It would seem that these birds (who are two in number) embody the spirit of the deceased as it is released from the corpse.  In a related Icelandic tradition from the same period the Norse pagan god Odin had two ravens Huginn and Muninn, who sat on his shoulders.  These were his messengers and they have been linked by scholars to various shamanistic practices of the period.  In addition, a raven banner was frequently flown by several Viking chieftains and other Scandinavian rulers during the 9th, 10th and 11th centuries.

It is interesting to note that a similar, but as yet unnoticed iconic image, is visible on the famous sculpted rock cliff at Mahabalipuram, in Tamilnadu.  There two birds sit near the left shoulder of the famous hero Arjuna. He is standing upright in a sun-worshiping yoga pose and is extremely emaciated.  Indeed, he can be said to be near death’s door. 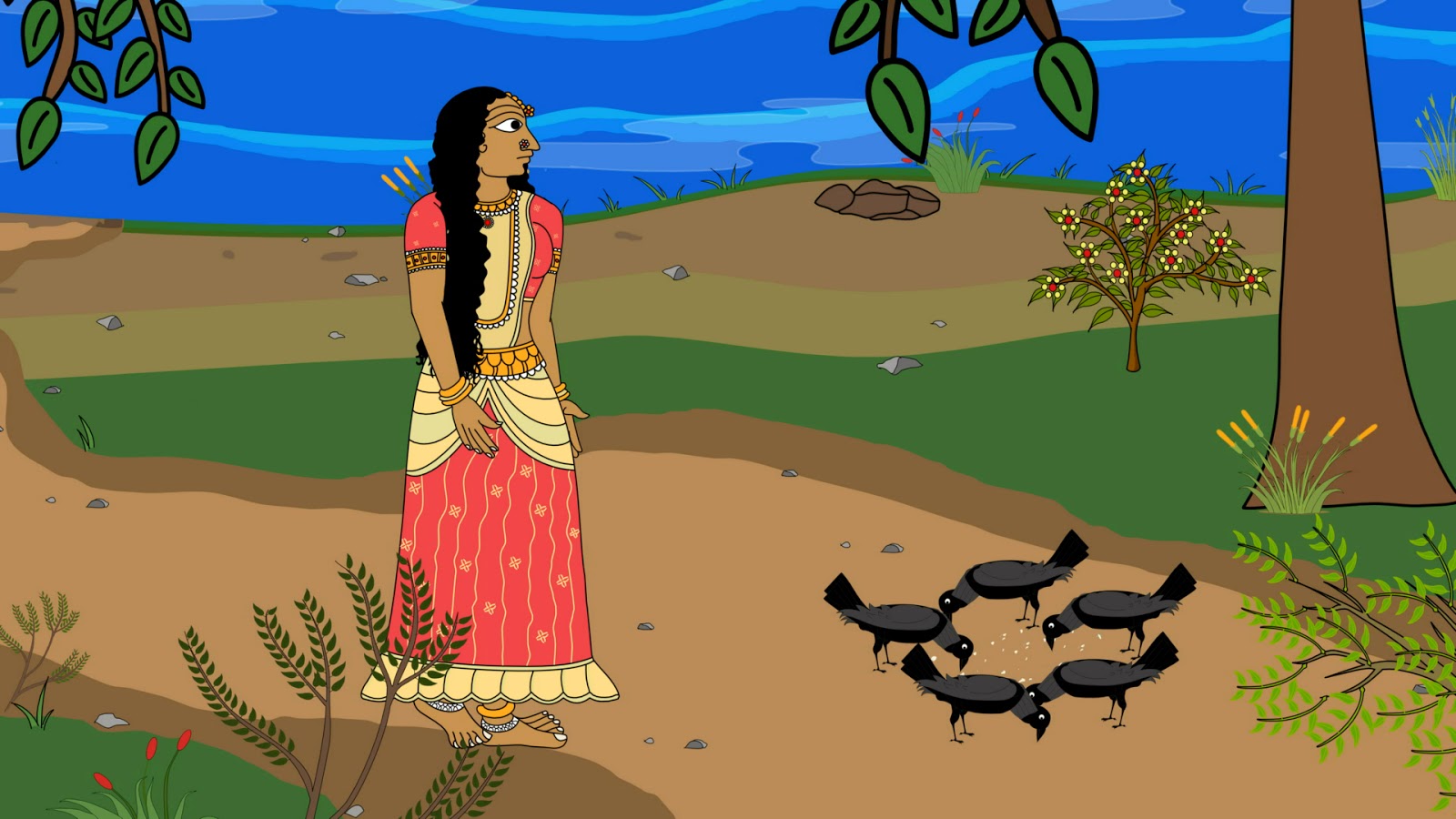 The second image illustrates the presence of this birds-of-death theme within the Ponnivala story itself.  Now we see not two but a flock of ravens arriving for the funeral feast of cooked rice.  Tangal, the heroes’ sister, throws this symbolic food to them just after after her two brothers’ deaths.  We know that these birds are feasting on behalf of the two men’s departed spirits.  This striking set of parallels between the old Norse and Dravidian South Indian traditions surrounding ravens and death is interesting and is certainly worth further investigation. 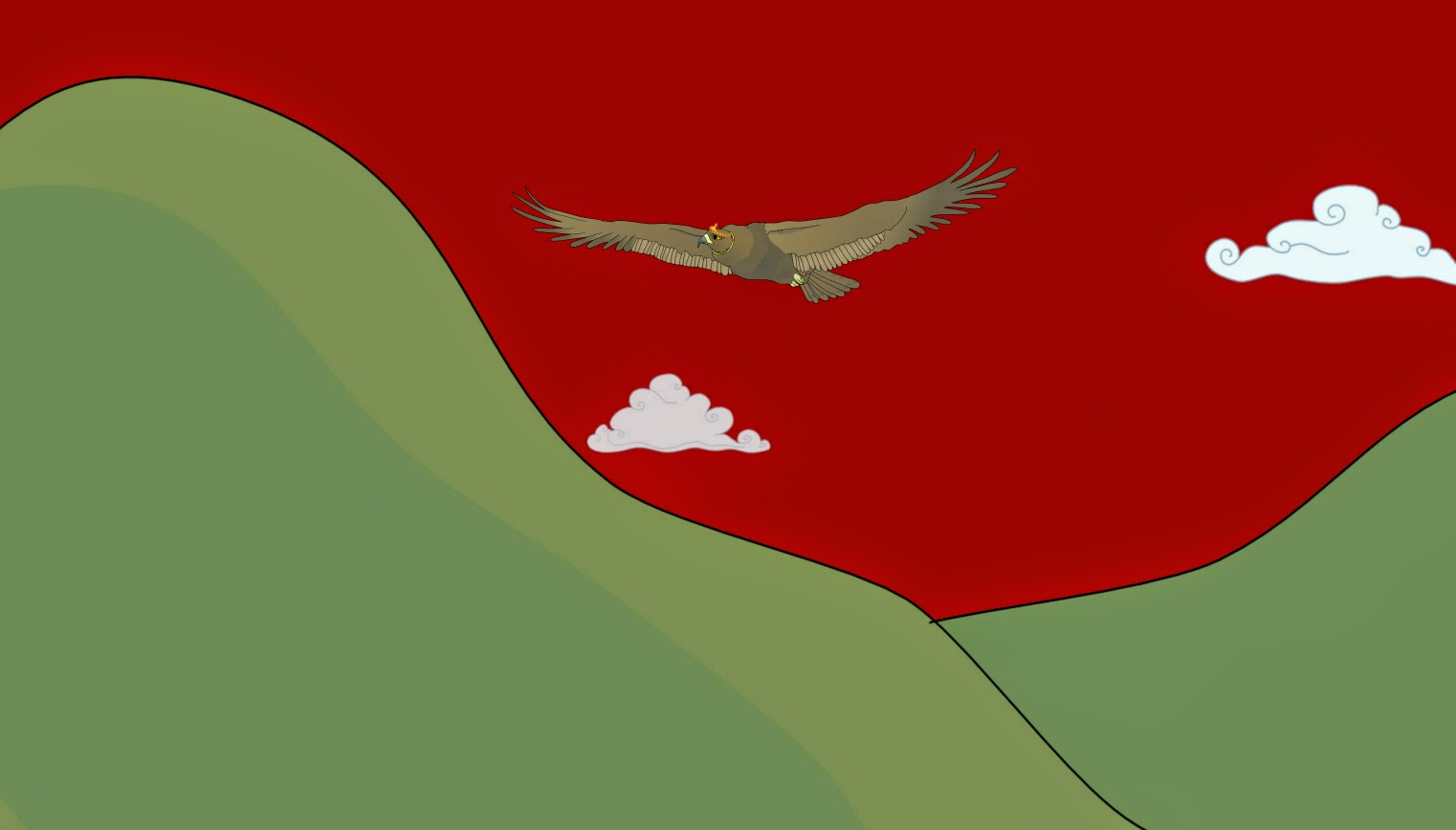 There are several other bird associations in the Ponnivala story that deserve mention.  One is the appearance of an eagle at several points in the story, wither when a hero dies or becomes frozen in stone.  The eagle is an iconic reminder that Lord Vishnu (who flies on a half bird-half human vehicle) is nearby. 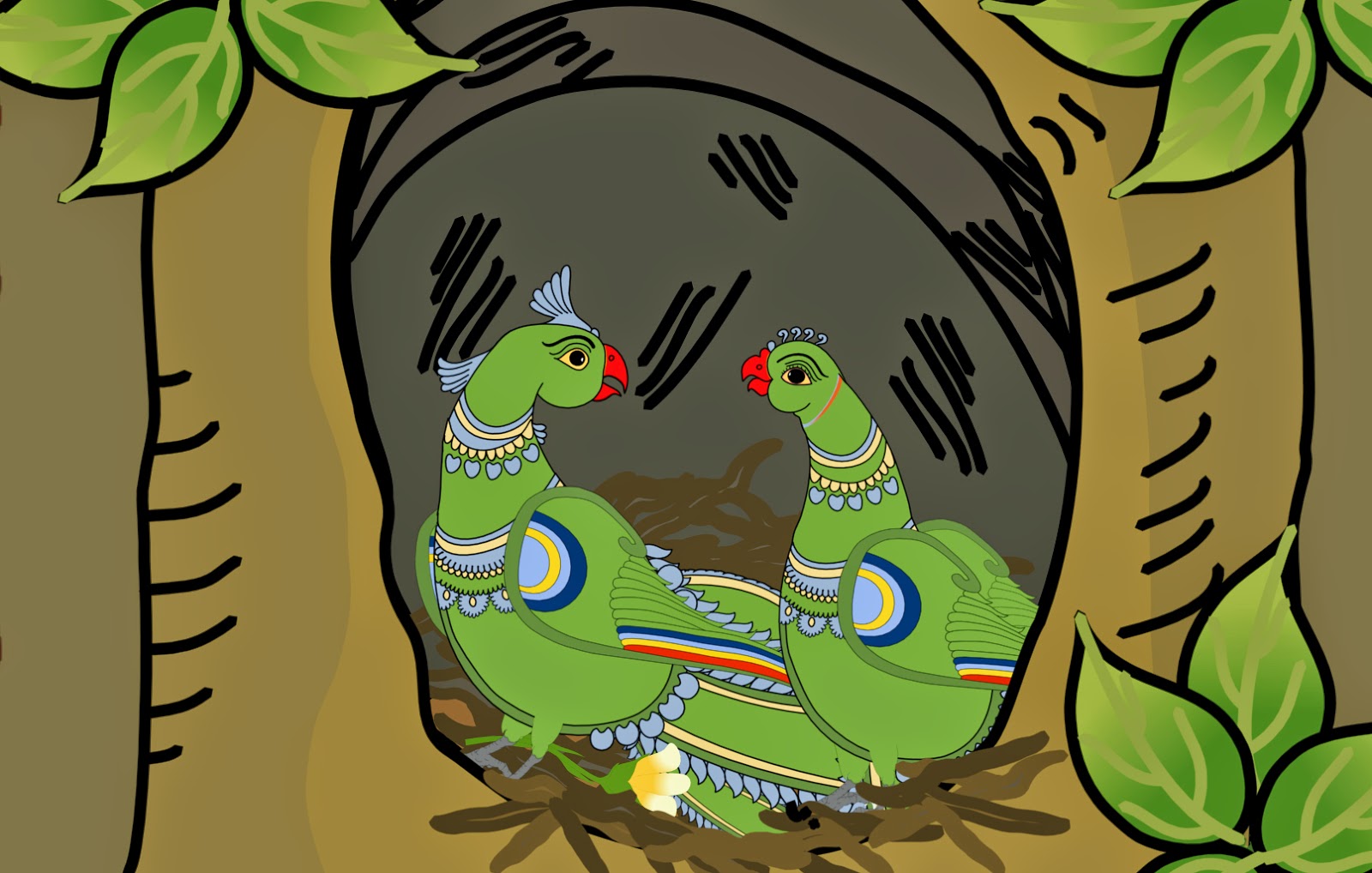 In the second picture we see two birds exiting the nostrils of queen Tamarai while she undergoes a twenty-one-year penance near the gates of heaven.  At Lord Vishnu’s bidding these two parrots descend to earth and later become involved in the Ponnivala story.  They live in a lush and large banyan tree as a loving male/female couple.  Those two birds exit from Tamarai’s nose just as she is about to “die.”  Clearly these bird lives have an association with the gods of each story and (perhaps) their role is to perpetuate the lives of the deceased by flying away as the human body dies.  Possibly they embody the spirits of these characters and later (have the ability to) facilitate their rebirth.