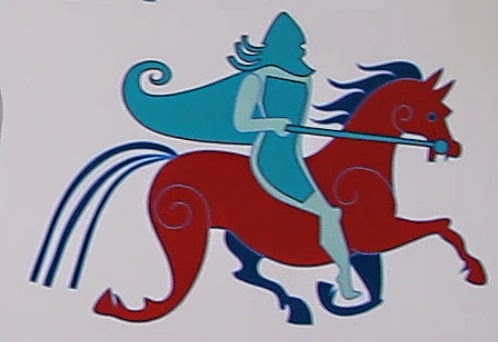 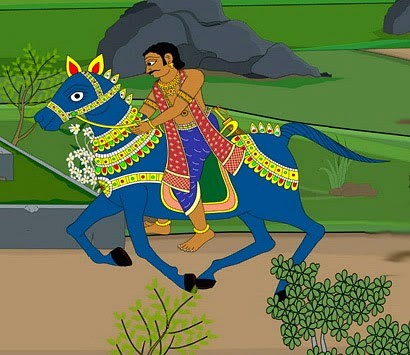 A magnificent horse and its rider function as cooperative team. This appears to be a key prestige symbol in both the Vatnsdaela and Ponnivala epic stories. In both stories some, if not all, of these animals are said to have special powers. In the Icelandic saga a variety of different men are portrayed on horseback. Indeed, both the heroes and their enemies possess horses. In the Ponnnivala story, by contrast, horses with magical attributes appear as mounts for the heroes but are not ridden by anyone else. In addition, these fine animals are a shinny blue-black in color. Lovely songs describe their unique speed and deft footwork. Such magnificent beasts are never associated with the heroes’ adversaries (with a possible exception posed by the Chola king, who clearly owns many horses but is never seen riding one himself. The Chola king only rides an elephant). In the Ponnivala story, furthermore, it is only the twin heroes of the third generation that have horses. Their grandparents did not have them at all, and their parents are only described as grazing these animals in their fields. They are never described as actually riding them. In the Vatnsdaela case, by contrast, I believe we can assume that every generation of males mentioned by the tale had access to horses. It is interesting that the hunter-tribals who live in the hills neighboring the heroes’ lovely farmlands are described as owning a horse stable. We can assume that horses stayed in that shelter but we never hear of the hunters actually riding them. I suspect, using evidence collected from other sources, that the Chola king regularly had his horses and elephants grazed in the hills by tribal “keepers.” But these men were not allowed to mount these fine animals themselves, unless of course they were assigned to be a part of the king’s special “horse guard.”

Both epics display sets of horses that run together in associated folk art. Seeing two horses at once further enhances the sense of the power and military force these magnificent animals convey. In the Ponnivala story the maximum we find is a two horse set, while in Vatnsdaela art we can see at least three (and perhaps more) horses running as a group. Also interesting is the fact that the key assistant working for Ponnivala’s twin heroes (Shambuga) never, ever rides a horse though he is the stable boy who looks after them and seems “to know” their ways and their secrets. Instead, Shambuga is portrayed as having the magical powers of a horse and is a man (often shown) as running after his masters’ galloping steeds and keeping up with them. Shambuga also fashions halters made from viper skins for these animals. Those skins possibly “transfer” the power of the feared viper snakes of the area to the heads of the horses these halters rest on. 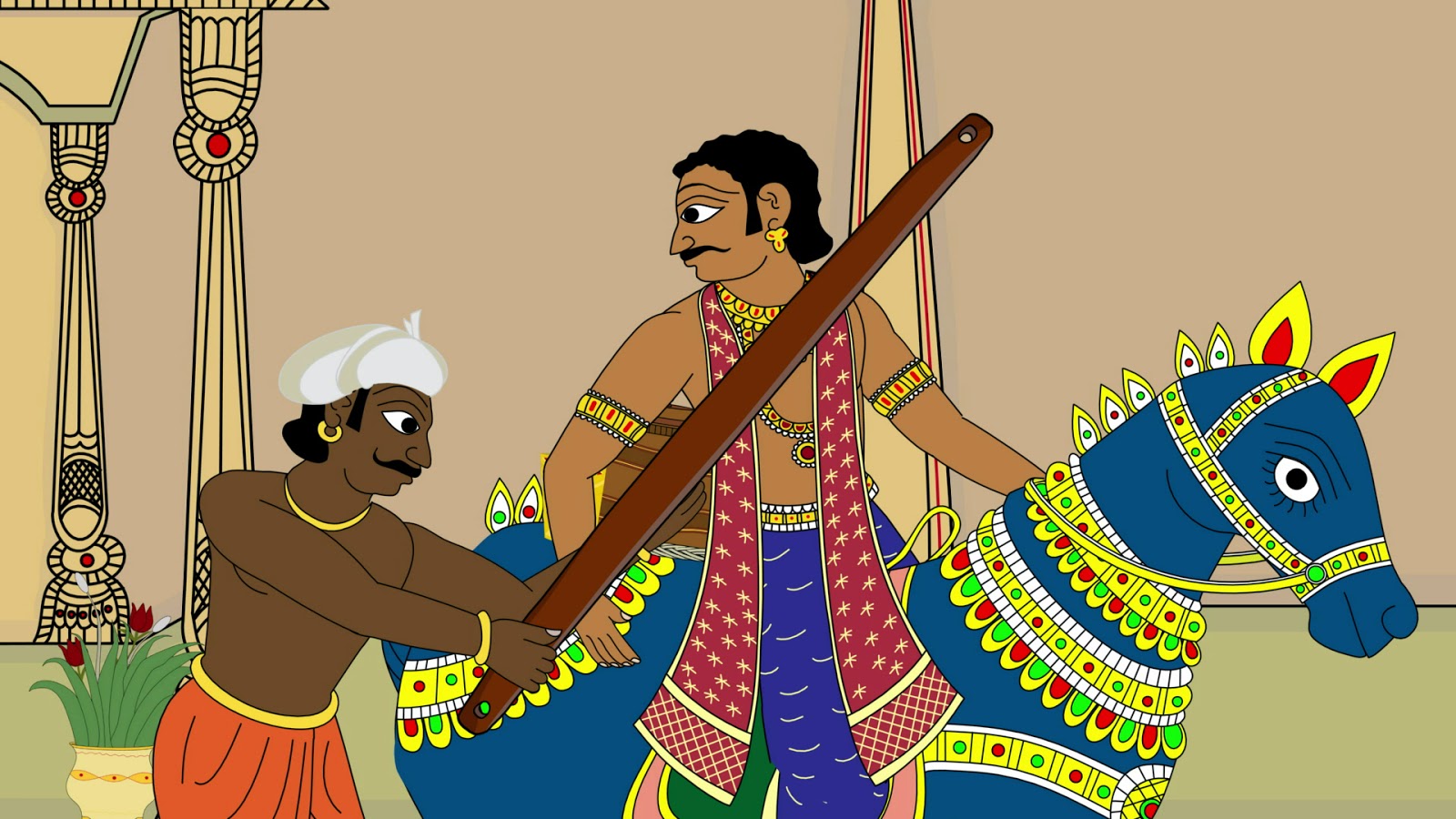 Horses in both stories are used to pull or carry important things. In the Vatnsdaela Saga we are told of a magical horse (Freyfaxi) pulling a winter sled that certain heroes ride in. In the Ponnivala case, however, the heroes’ two magical steeds never pull anything (like a chariot, which would be culturally appropriate). However, their masters do carry more than swords when riding them. In this image the elder twin, Ponnar, is being handed the beam of a plough which he is about to take to the Chola king as part of a tribute payment. In another example, not shown, Shankar’s horse carries a special bird cage used in trapping a parrot.