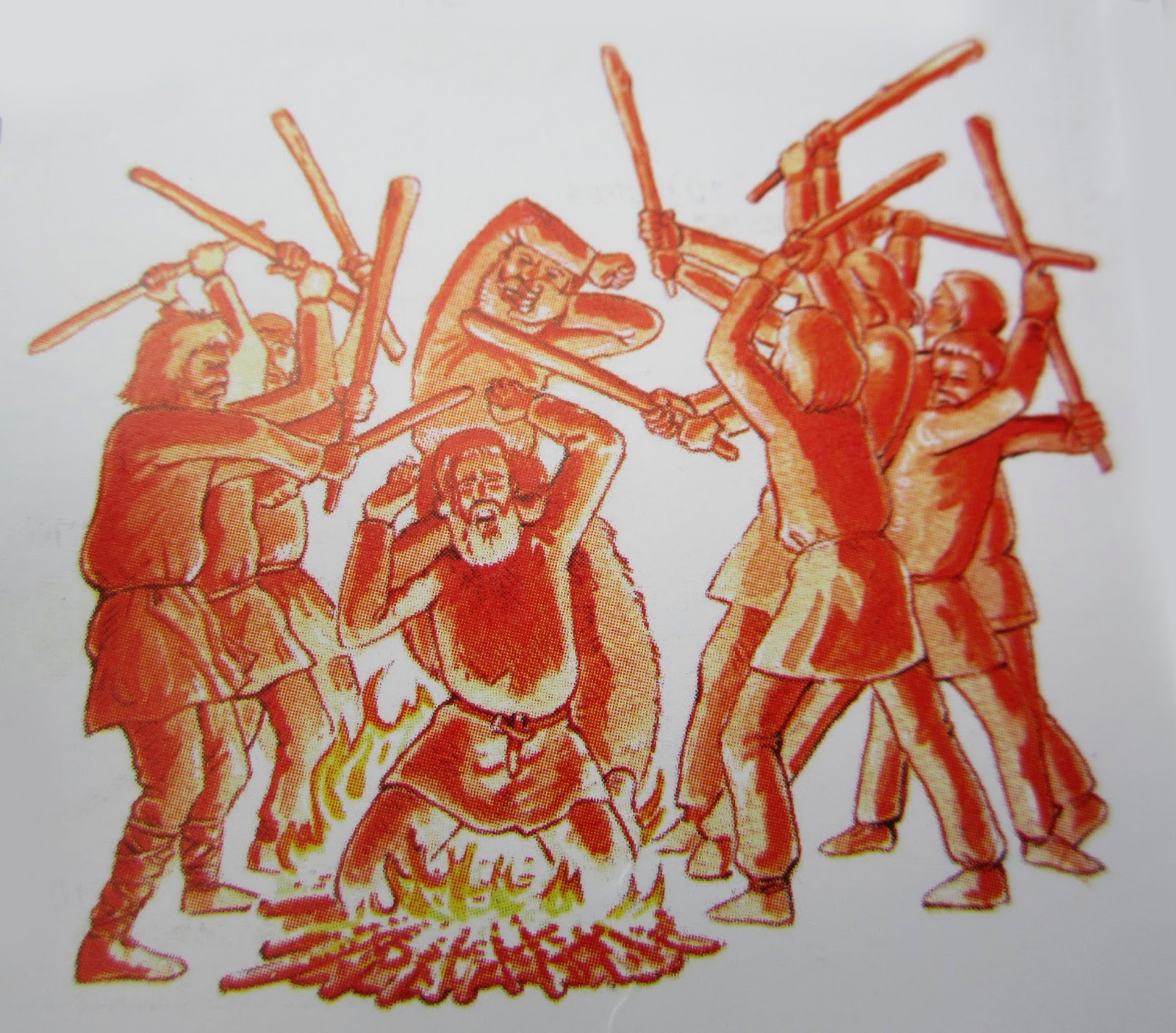 In the Vatnsdaela story the Bishop, by implication backed by the great power of the Christian-church-on-earth endorses some (if not all) of the actions the story’s human characters take. In the first image we see a group of guests at a feast who are killing two “berserk” men who have just entered entered the longhouse where the party is being held. Interestingly, these were asked to walk through three fires kindled on the floor of this great home, presumably as a “test” of their faith When they suffer burns they are attacked and killed, with the good Bishop approves their actions. 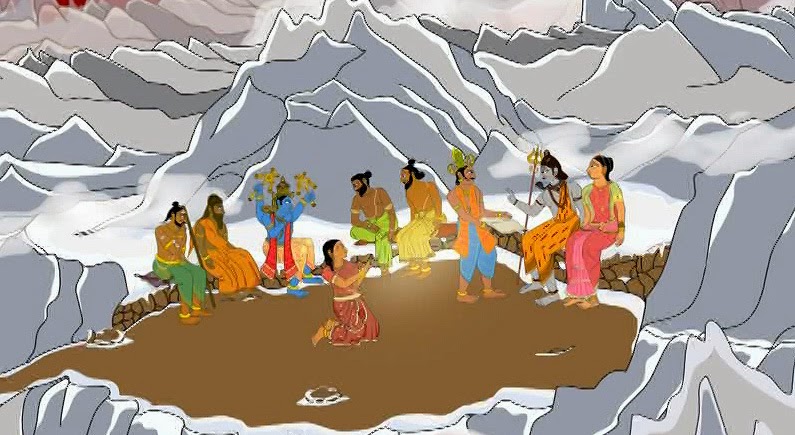 There are similar “tests of faith-by-fire-walking” that can be seen to this day in South India, though none are mentioned in the Ponnivala story. However, a hero’s (or heroine’s) backing by the religious institutions of the time is present in the Ponnivala legend as well. In this later case the great Hindu god Shiva plays a role similar to God-the-Father in Christian tradition. Shiva can create and destroy human life at will, though most of his decisions are mediated by his ally and messenger Lord Vishnu. Indeed, his role is not dissimilar to that of the Bishop in the Vatnsdaela Saga, as described above. Vishnu visits earth and impacts the turn of human events much more frequently, however, than does the Bishop in the parallel Icelandic story. 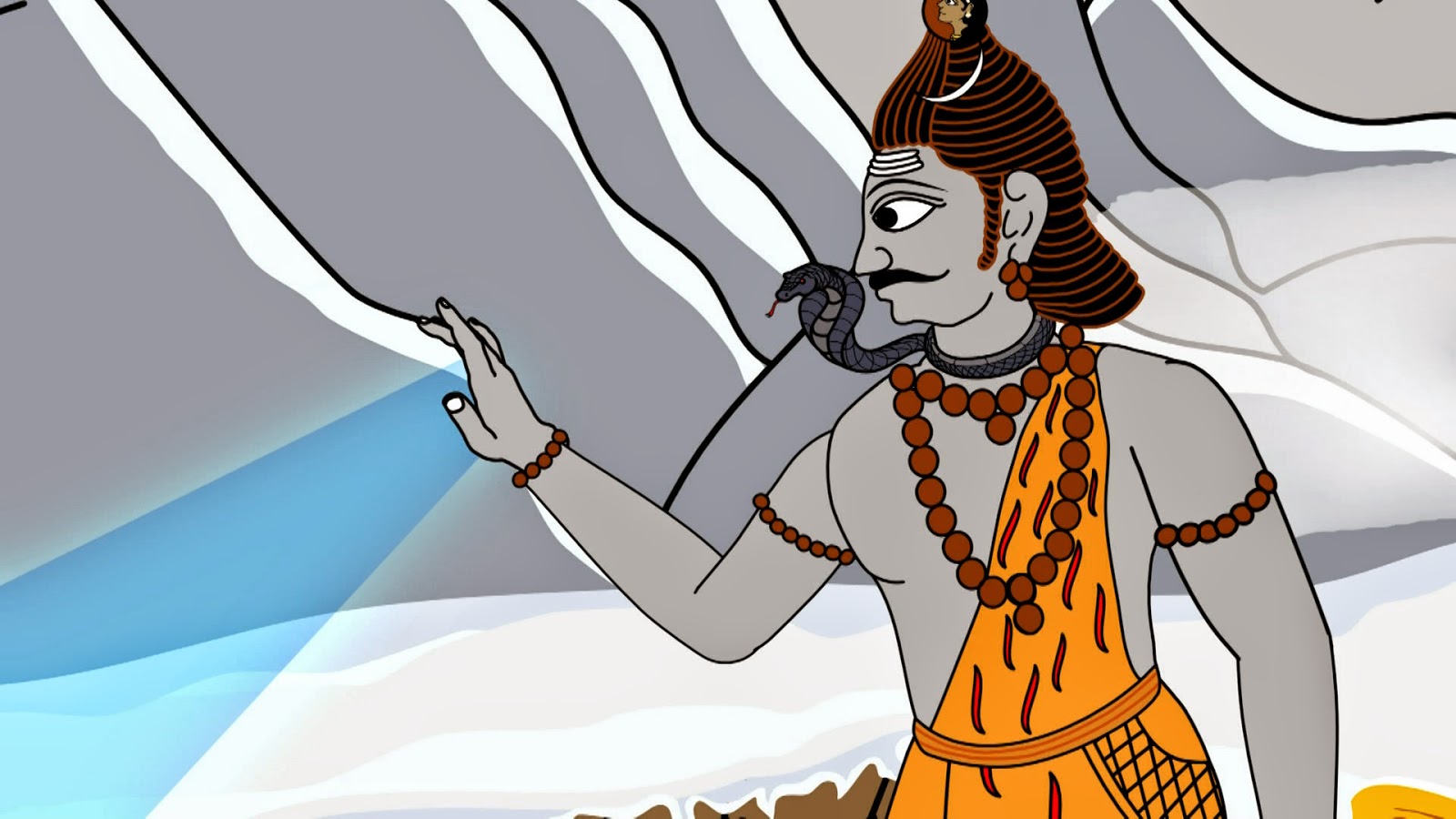 Two further examples of Lord Shiva’s power in the Ponnivala legend are illustrated here. In the first picture Shiva is creating a child that he decides to hide under a rock pile on earth. This child will become the father of the heroes-to-be of the next generation. He is found under these rocks a day or two later by his adoptive father, the pioneer hero Kolatta. While waiting to “be found” the little child is nursed by a loving cow who dribbles her milk down to the babe through a crack in the stone which is covering its crèche. 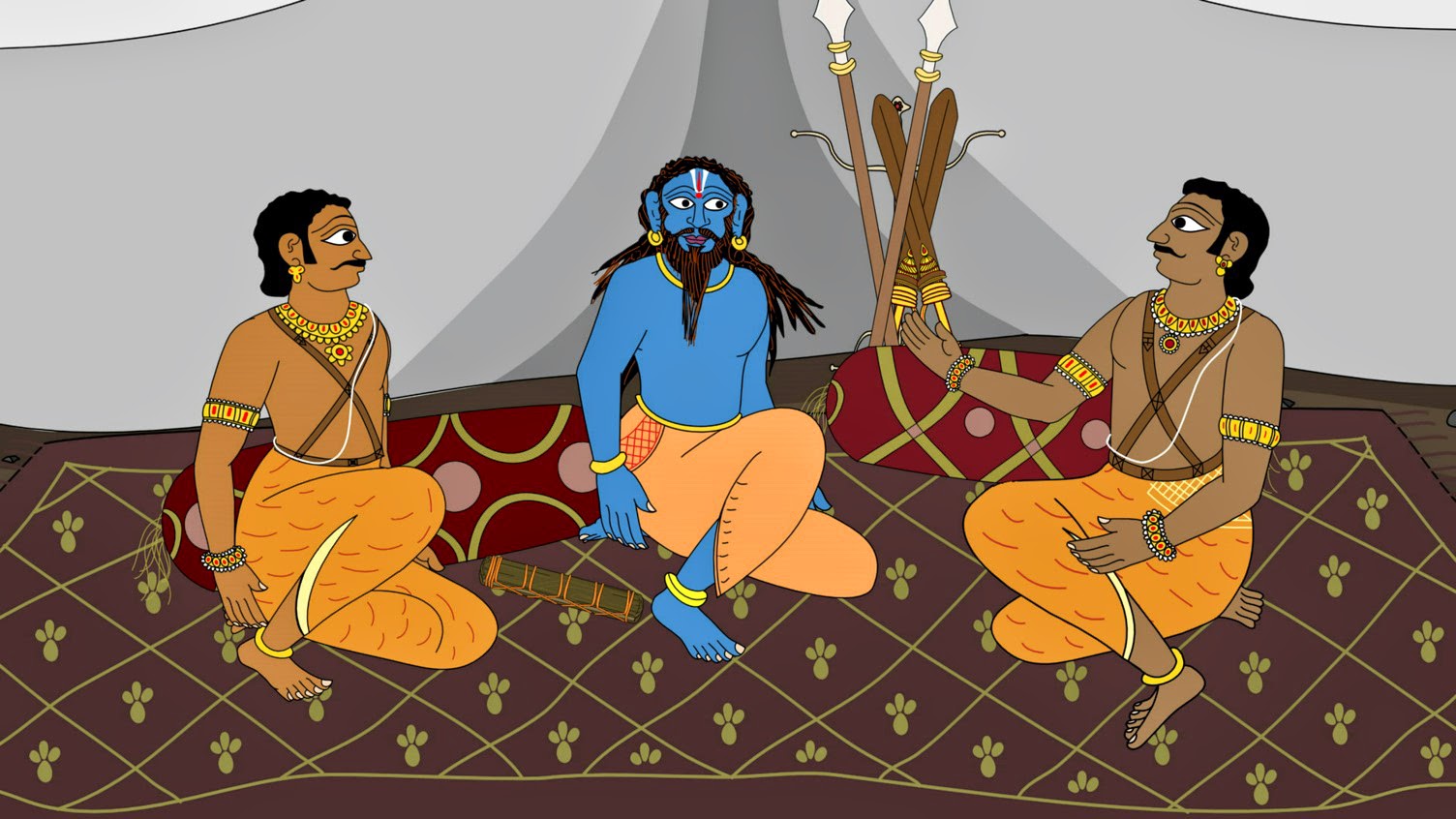 In the second image we see Lord Vishnu, Shiva’s Bishop on earth, visiting the two heroes in disguise. They have lain sick in their war tent for days (see the previous blog). Now Lord Vishnu takes the form of a fortune teller to explain to these two men why they are so ill. He tells them that they have been cursed by a little she-pup! The he recommends the remedy. They will have to apologize for their disrespectful behaviour towards this tiny dog, before this curse can be lifted and their fighting strength regained! The god’s moral message here comes through clearly. The big and the powerful need to show respect for others, especially the weak and the small.