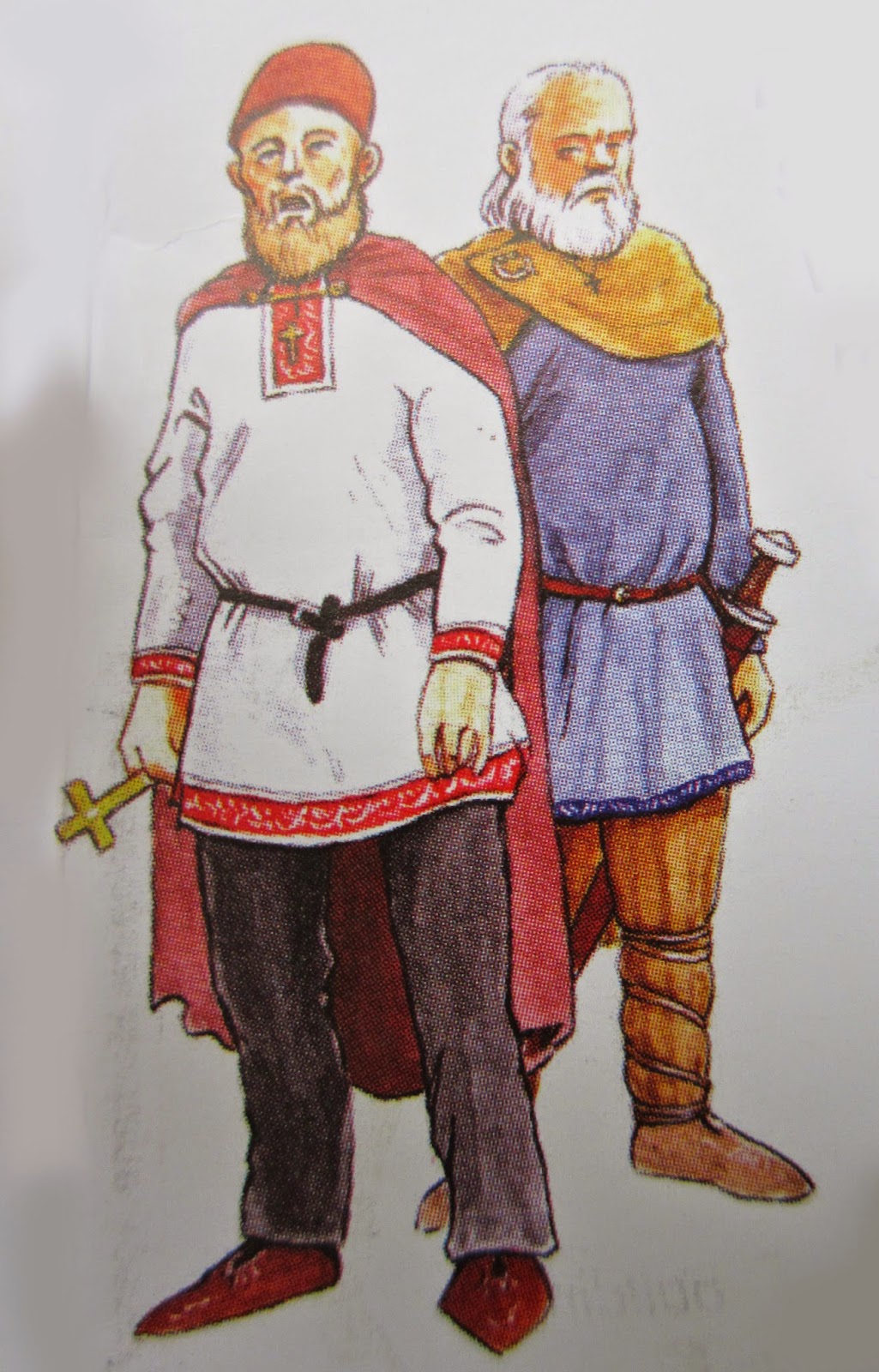 In both the Vatnsdaela Saga and the Legend of Ponnivala there are multiple references to the orthodox and prevailing religion of the time, Christianity in the first case and Hinduism in the second. In the Icelandic case the Bishop and his assistant both appear in the story, though they do not have a very big role. Right alongside this “church presence,” are multiple references to pre-Christian beliefs, particularly to sorcery, witchcraft and other kinds of magic. Divination and spirit flight (from Norway to Iceland and back) also have a role to play. In this sense the Vatnsdaela epic presents a sort of moral ambivalence that mixes these two traditions. However, as seen in my last blog, a general and strong sense of what is correct or “right” behavior certainly prevails. In this sense this Icelandic legend has obvious “Christian” overtones. It is important to remember, however, that this saga was redacted and preserved in written form by Christian monks. They no doubt had some influence in shaping its general moral tone. 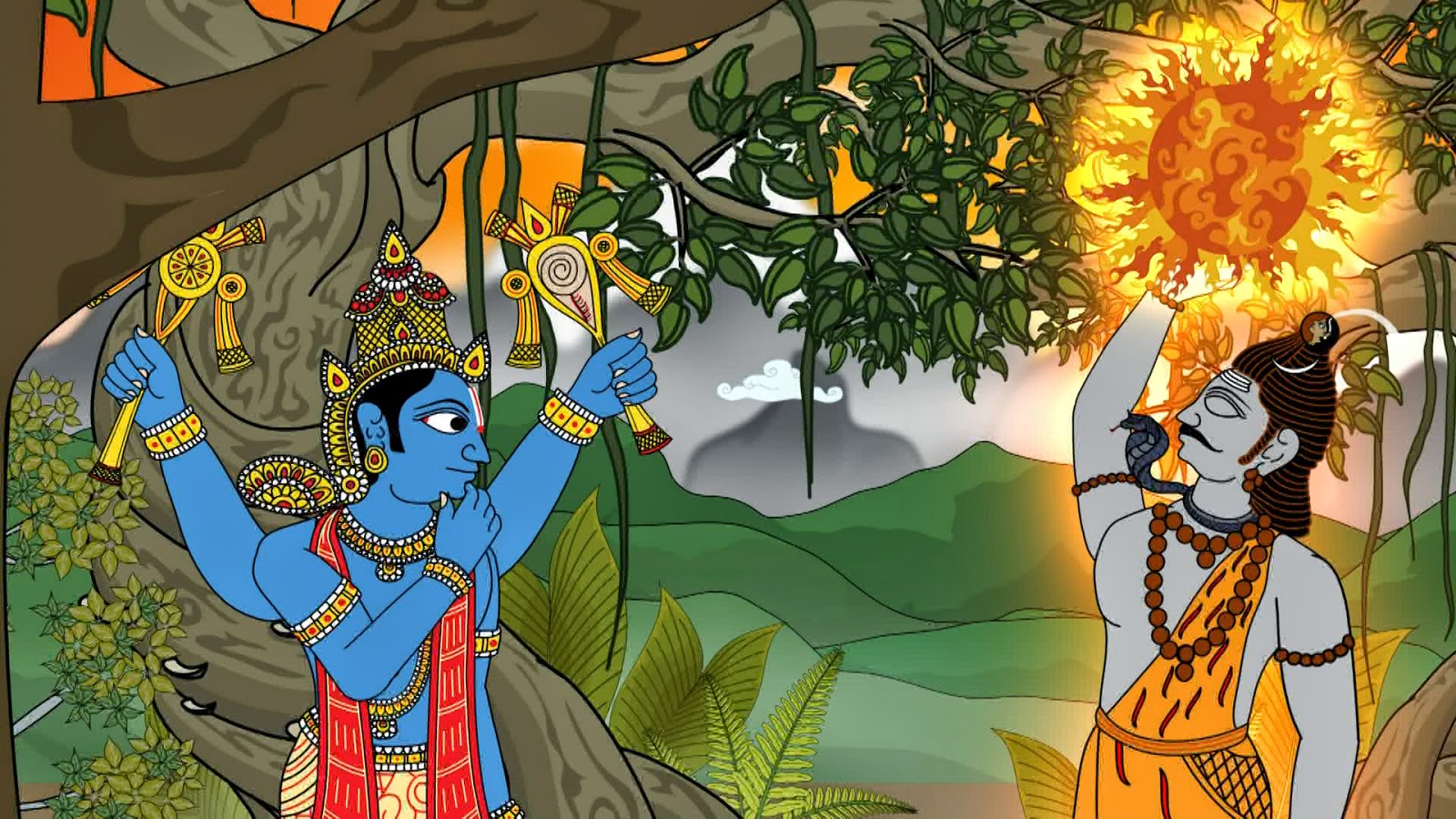 In the case of the Ponnivala story the two main Hindu gods, Lord Vishnu and Lord Shiva, are both given active roles. Vishnu is by far the more active of the two gods and he intervenes by visiting the earth to influence the key characters’ decisions at least once (frequently several times) in every episode. Vishnu is also the more sympathetic god, the helper, the healer, the magician and also the “go-between” in many situations. This is very much in keeping with his personality and mythology portrayed elsewhere in India’s broad and deep traditions of Hinduism. Shiva, on the other hand, is an ascetic and a loner. He enters the story only a few times, and then only after a request (often outright pleading) by others. But this second great god can certainly not be discounted. Quite the contrary, in the Ponnivala story Shiva is definitely THE supreme being. It is he who makes most of the important life-or-death decisions. Of special interest is the fact that Shiva and Vishnu are here described as brothers-in-law. The supreme goddess Parvati is both Lord Vishnu’s sister and Lord Shiva’s wife. The epic therefore exhibits a balance between these two divinities in many interesting ways. Ultimately, however, this is a Saivite (as opposed to a Vaisnavite) story in the broadest sense of these terms. 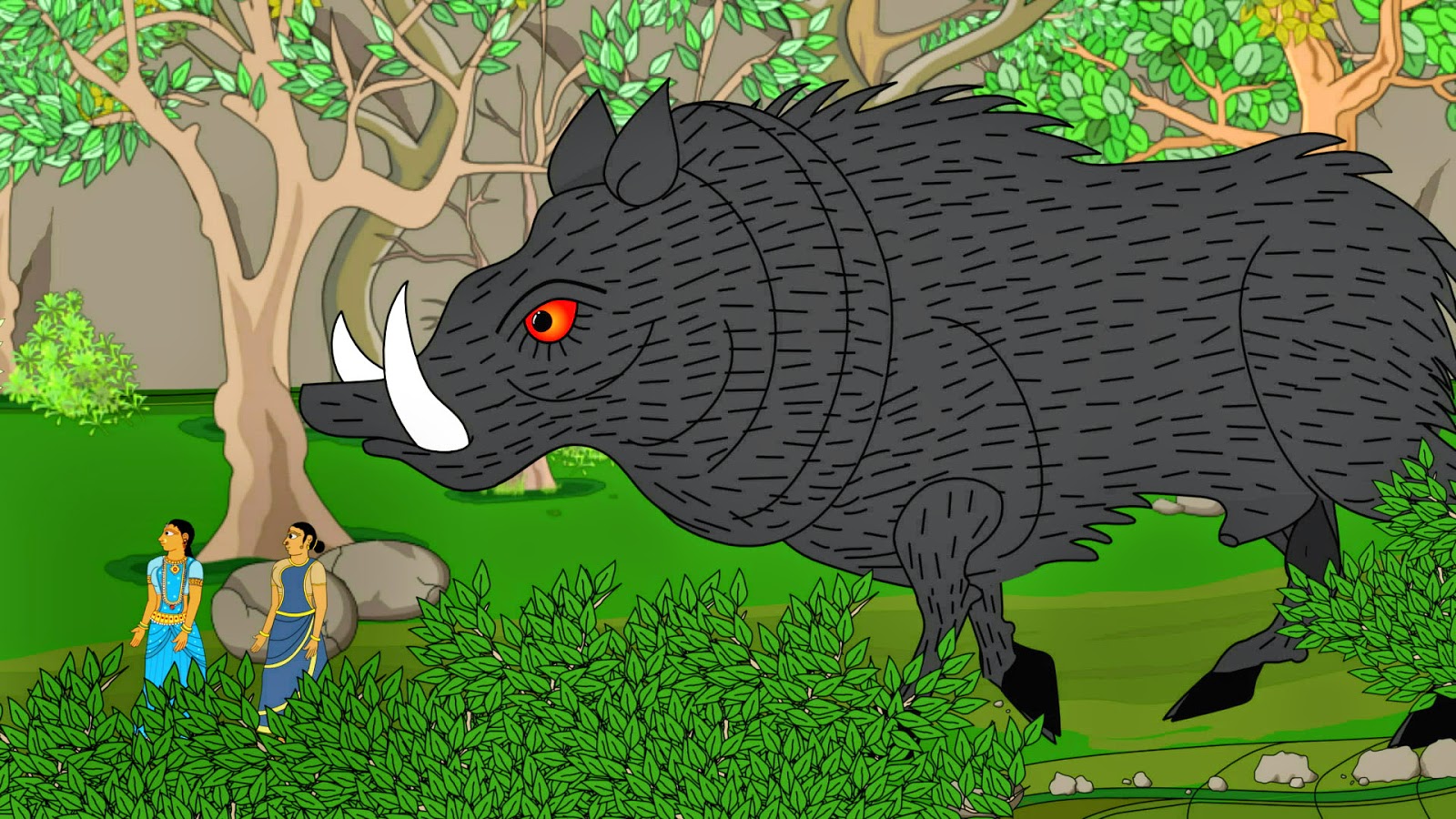 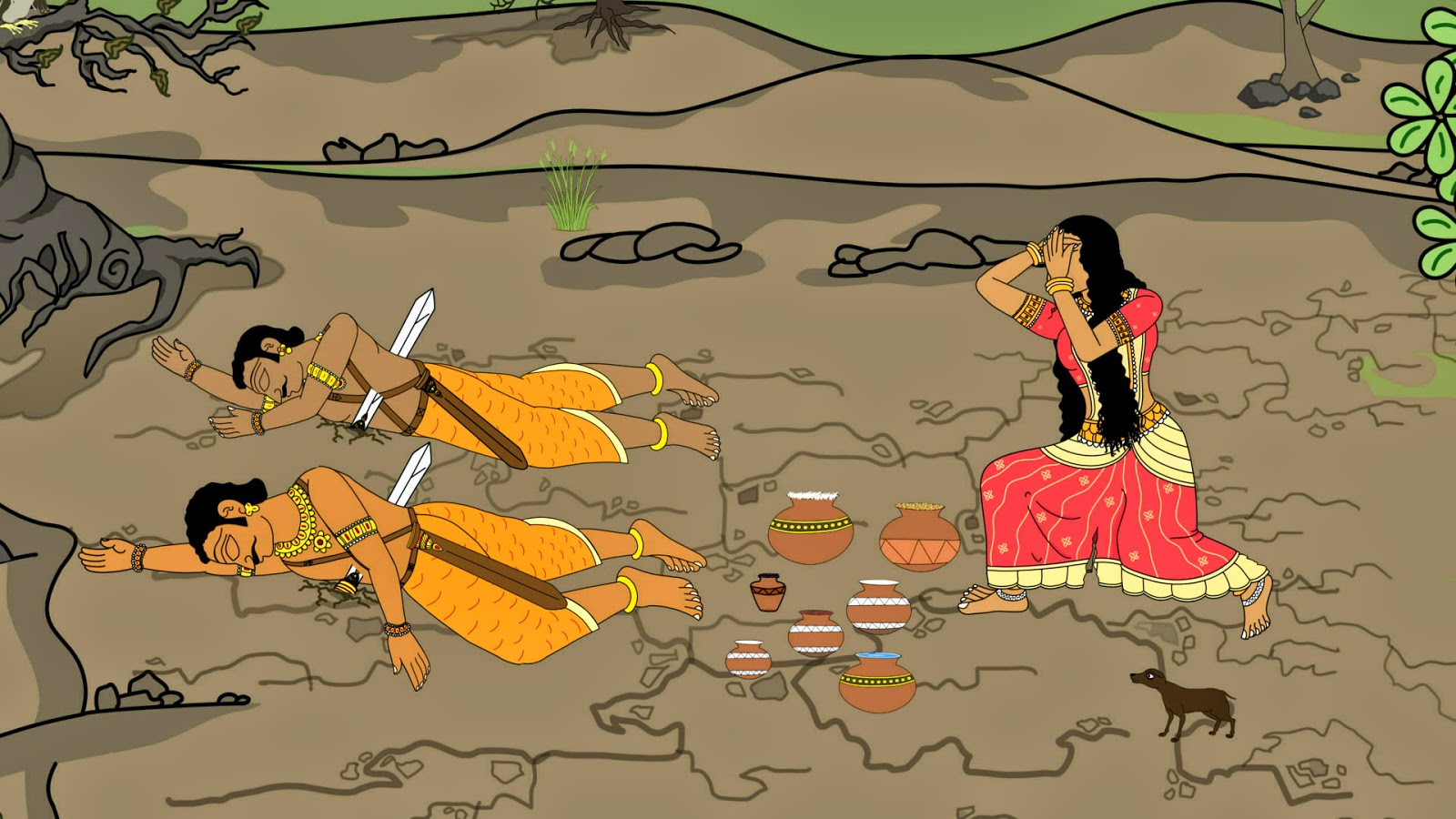 Some pre-Hindu themes are also present in The Legend of Ponnivala, or at least we can suspect as much. The huge wild boar Komban provides one example since the presence of a similar character is abundant in pre-Hindu rock art documented from nearby areas. Various details of the heroes’ final funeral ceremony and their momentary resurrection also exhibit pre-Hindu features. These features, though of great interest, are too complex to further detail here.