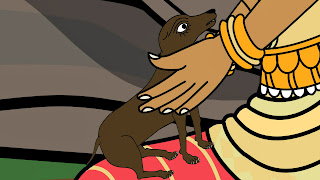 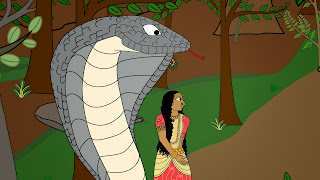 Animals that talk and work with humans are not present In the Icelandic story but several are singled out as important characters in the Ponnivala Legend. Tangal, the twin heroes’ sister has a pet dog who is very powerful. She is also befriended by a giant cobra who follows her through the forest while she searches for her brothers’ dead bodies. This huge snake is well-intentioned and friendly. It protects Tangal from the sun and from the rain. 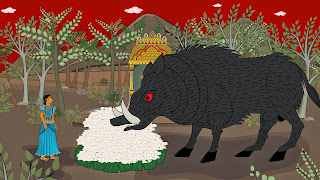 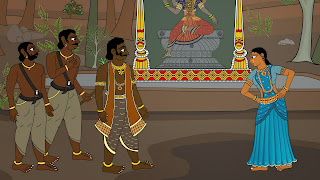 Tangal’s mirror image, a forest princess named Viratangal, also has a pet. He is a huge and very black forest boar named Komban. Viratangal feeds him rice daily and talks to him as if he were her special pet. Eventually Komban attacks the hero-farmers’ fields. Tangal’s little dog on the other hand ends up attacking this boar and helps to stop his rampage. She ends up stabbing him with her very sharp well-poisoned teeth. 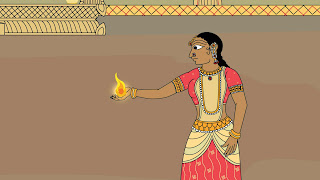 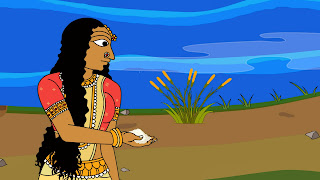 Ponnivala’s main magician, Tangal, also has other important powers. We learn more and more about her as the story unfolds. She is able to receive fire in her right hand (from Lord Shiva) and use this to burn both objects and people when she is angry. Her mother Tamarai had this power too. But Tangal’s powers develop far beyond the use of fire. She can hold sand in her palm and make it turn into cooked rice. 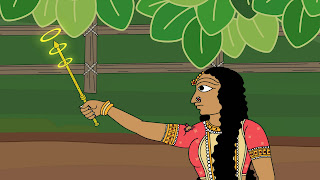 Tangal also acquires a magic wand that she uses to call up a torrential rain, and then bright sun. 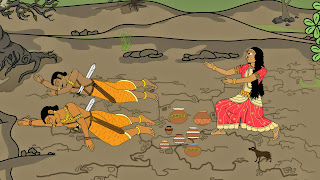 Most importantly, Tangal is able to collect together the magical substances she needs to revive her brothers from death in seven little magical pots. She uses these, along with her wand, to resurrect these two warriors (briefly) so that she can talk to them once more. 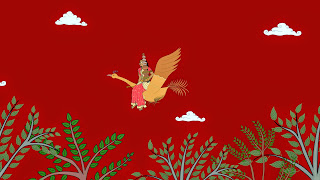 Tangal can also fly. She uses a bird vehicle for this, a golden goose. Her means of transport resembles that of her mentor, Lord Vishnu, who frequently flies to earth to involve himself in the Ponnivala story. Vishnu rides on a half-man half-eagle vehicle. 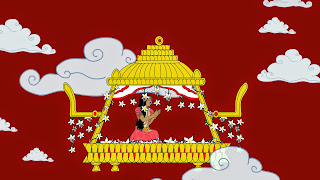 Eventually Tangal ascends to heaven in a golden chariot sent to fetch her by Lord Shiva himself. Tangal is the only human character in the Ponnivala story to “fly” at all and she is the only one to reach “heaven” without dying first. In all these ways, Tangal is a very magical character with traits that make her a prophetess and a sorceress all rolled into one. 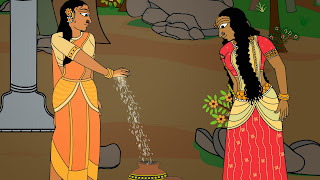 There is one final female in the Ponnivala story that is worth a mention in the context of story heroines and their special powers. This is a mysterious woman called “The Sun Maiden” about whom we learn very little. But we do know that she has very special powers that relate to her constant worship of (connection with?) the sun. 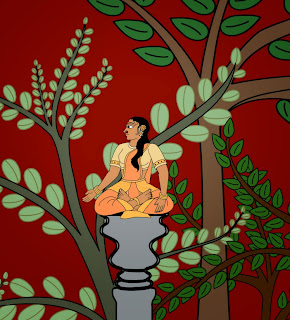 As human yoga practitioners often incorporate an initial prayer directed to the sun, so too this woman directs her efforts towards the same source of power. Her yogic posture on top of a pillar suggests a focused and continuing embodiment of this widely honored sun-worshiping prayer. The Sun maiden of the Ponnivala story, as a result perhaps of this constant worship, has a very special power. She is able to release magical liquids directly from her right hand. In the story these “heavenly,” life-giving substances seem to flow directly down from the heavens, through her body, and then right into Tangal’s ritual pots. The Sun-maiden’s very special powers are clearly linked to her forest habitat and to her “natural” connection with some kind of magical regenerative essence whose source is the sun itself.