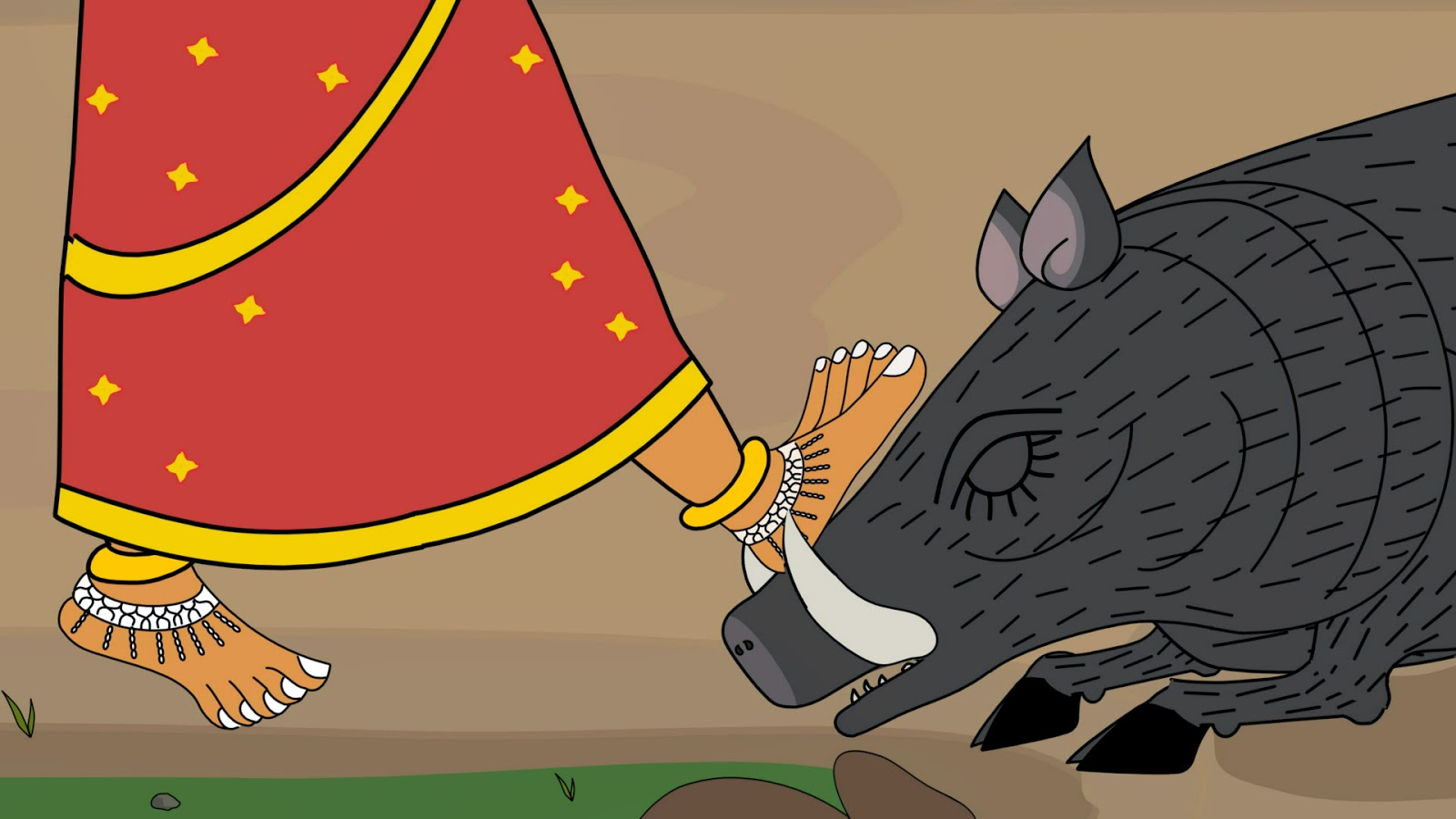 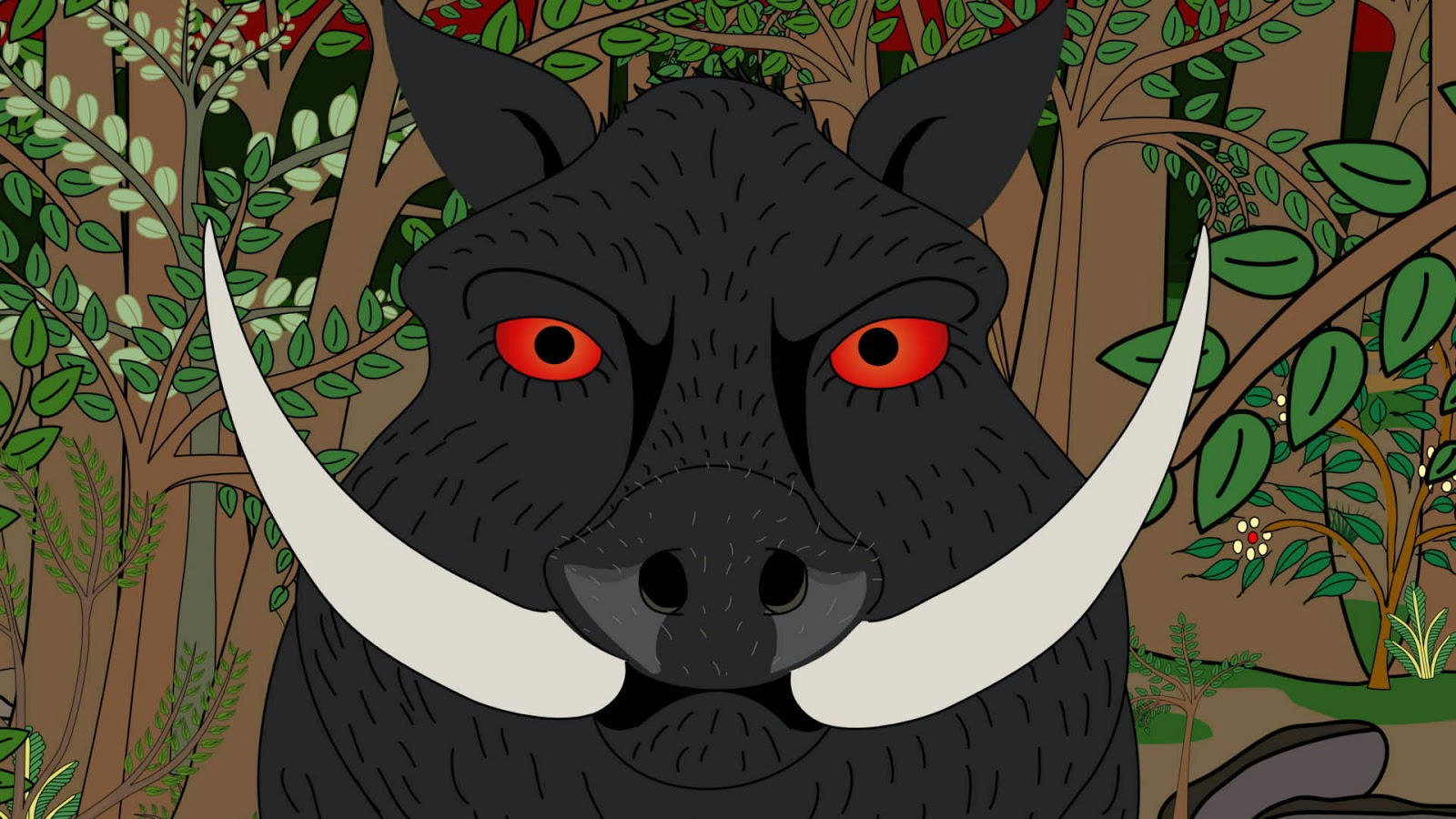 We have just discussed the negative effects that angry women can visit on their adversaries. But in the Ponnivala story, unlike in its Icelandic equivalent, animals can also generate curses and negative consequences at a distance. In the first image of this sequence we see a mother boar kicked by the queen when she finds it sleeping on her path. The boar-sow then curses the queen saying she will bear a huge and frightful son who will one day take revenge on her own sons-to-be. In the second picture of the sequence we see this curse come true as the great male boar matures and becomes a threat to the two heroes Ponnar and Shankar. In the final image of this mini series Komban walks counter clockwise around the temple of the forest goddess Kali, readying himself to attack the twin heroes’ fine crops. 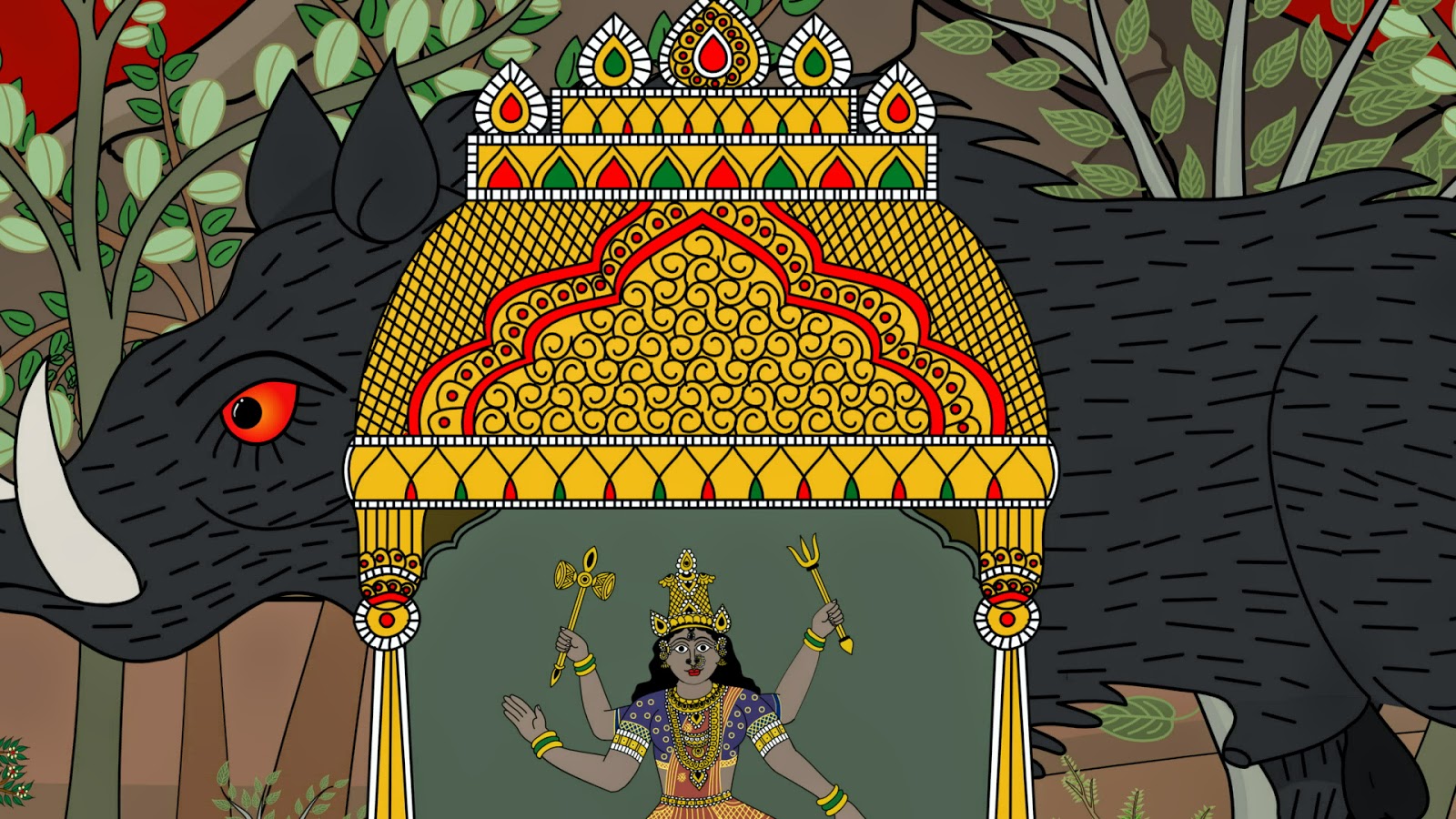 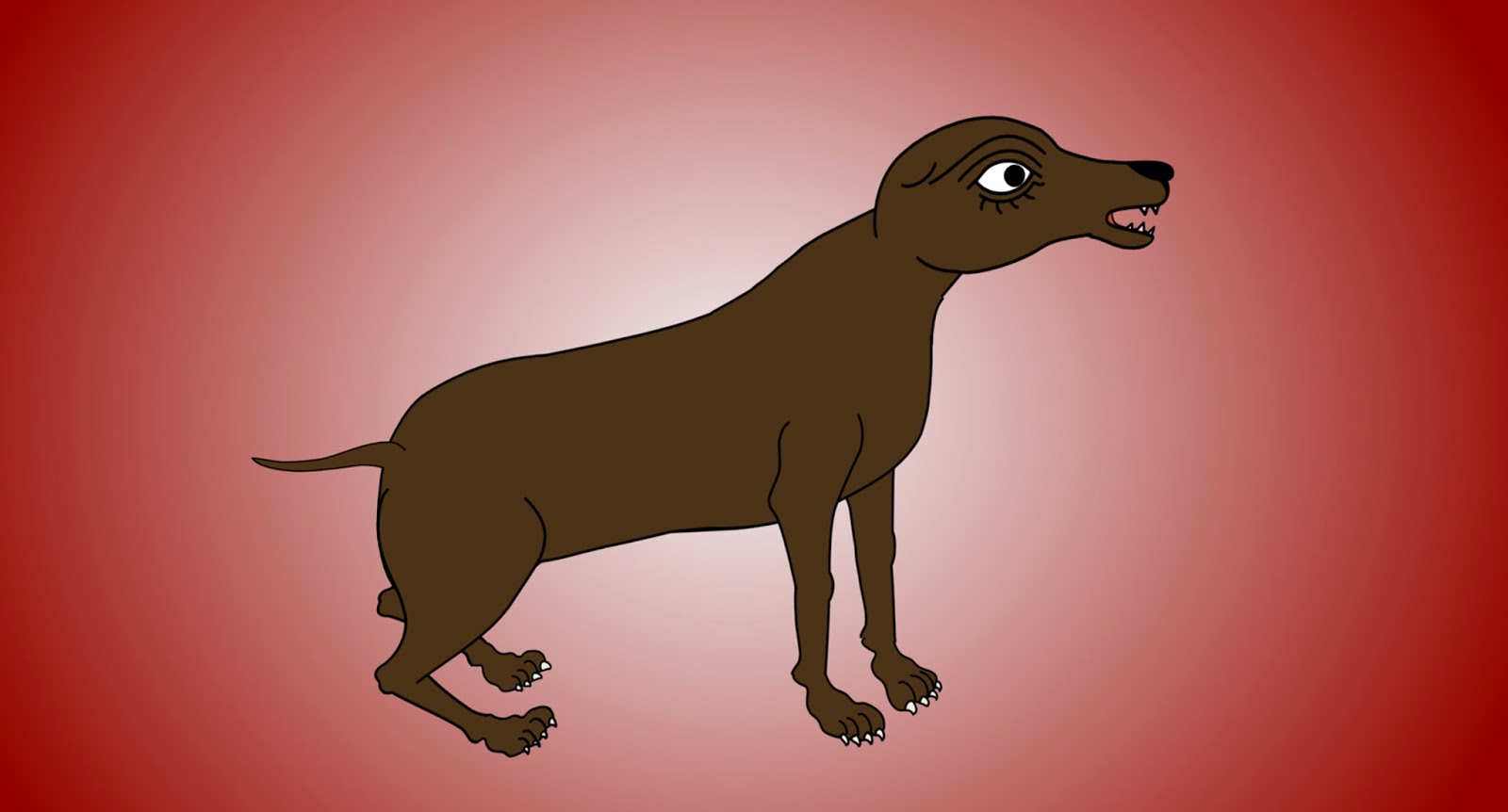 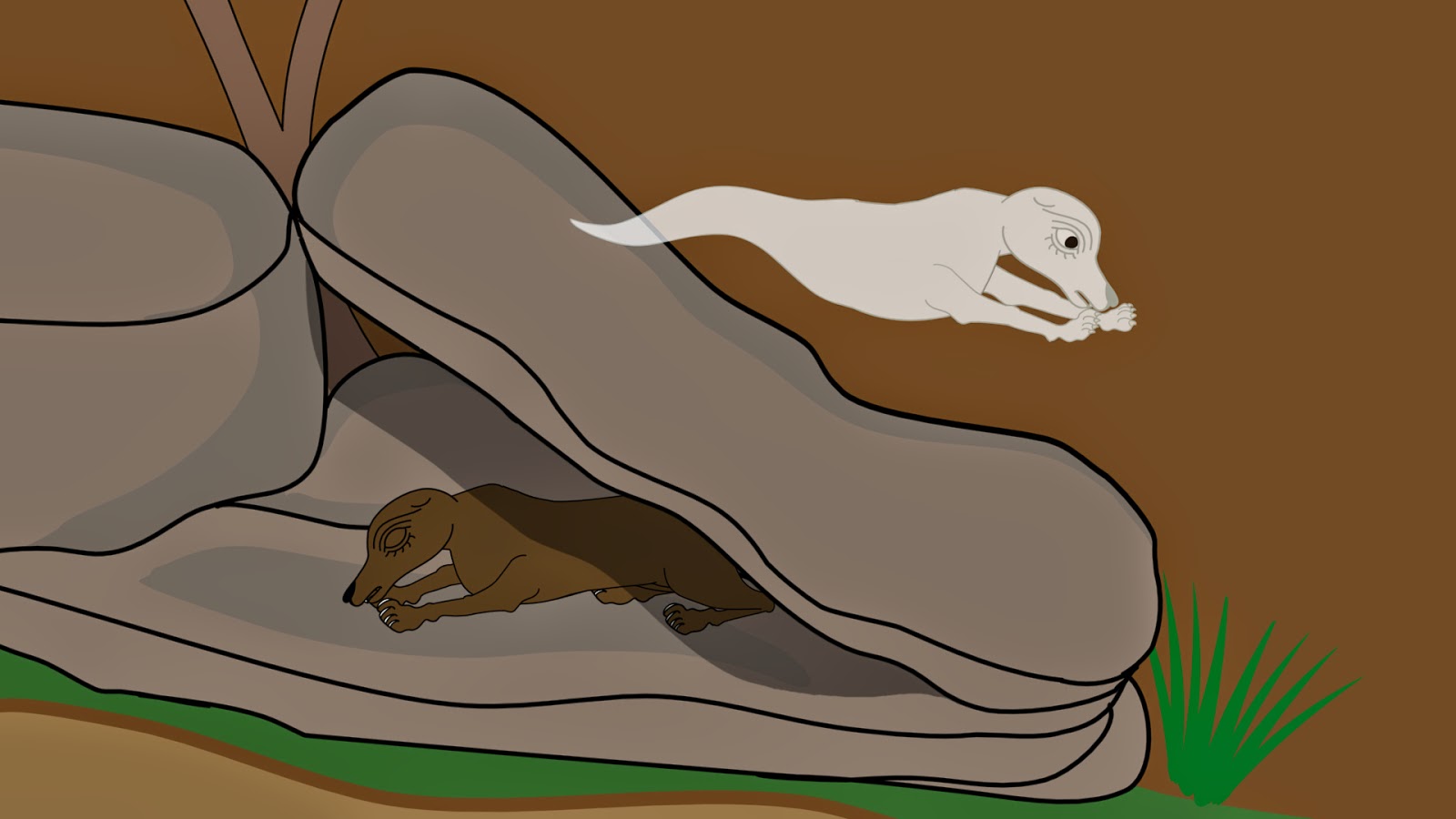 In the Ponnivala story we also see a small female dog who has the power to curse its human heroes. Ponnacci is a tiny character with great magical gifts. Among other things she can curse others through her dreams (albeit backed by the powers of a goddess). In the second image we see Ponnacci’s curse leave her and take the form of a ghostlike power. The curse then travels through the forest and settles on the heroes’ war tent where they are resting prior to hunting down the great boar named King Komban. 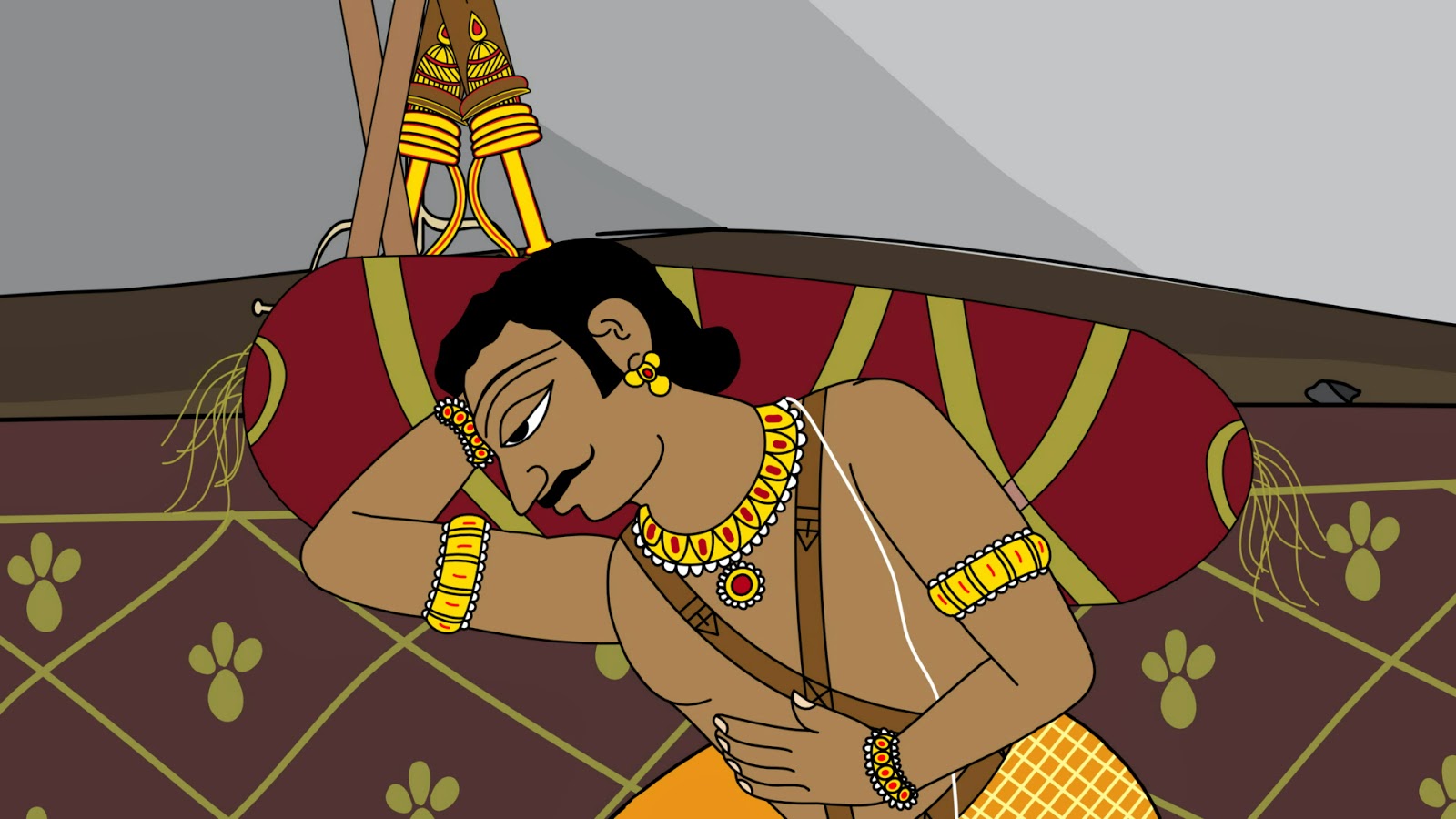 In the final image of this sequence the key hero, Shankar, is sickened by Ponnacci’s curse and can no longer lift his sword. Shankar then has to send an assistant to lead his warriors. That assistant, named Shambuga, and the assistant bumbles badly, leading all these men to their deaths. To sum up, the Vatnsdaela story portrays multiple human male sorcerers, but just a few female ones while no animals are given equivalent powers. In the Ponnivala epic, by contrast, all human acts of negative magic or sorcery stem from women, but now certain animals are also endowed with such power.