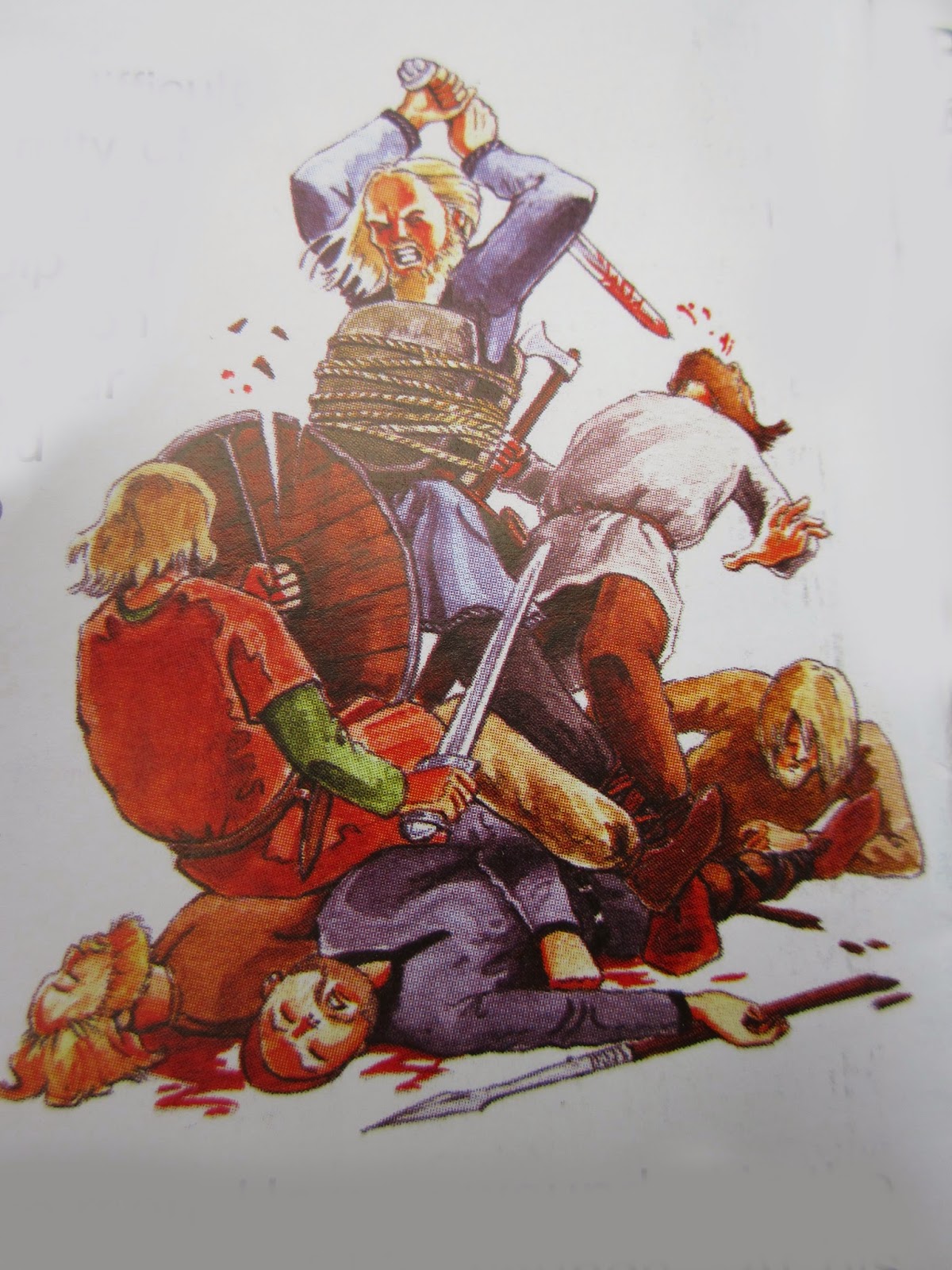 There is a subtle difference between the Vatnsdaela Saga and the Ponnivala story when it comes to feuds. The Icelandic tale does not appear to contain any kinship-based feuds per se while the Ponnivala story does. In the former every hero from Thorstein The Elder’s father Ketil all the way down four generations of men to the lifetimes of Thorstein The Younger and his brother Jokul, each man kills some other man either in a raid or in a dispute of some kind. In almost every violent encounter, furthermore, the Saga describes the men in the heroes’ family as being on the side of justice while their adversaries are depicted as thieves, sorcerers or wild men of some kind. Each of these encounters is, by-in-large, a black and white affair. Right and wrong are easily separated and the hero’s actions are on the side of right. And notably, these are not family feuds in the sense of one lineal cousin fighting another or even of one clan struggling against another related to it via a common male descent line. Almost every encounter is between two individuals, or else describes one brave hero taking down several challengers unrelated to him, at one go. 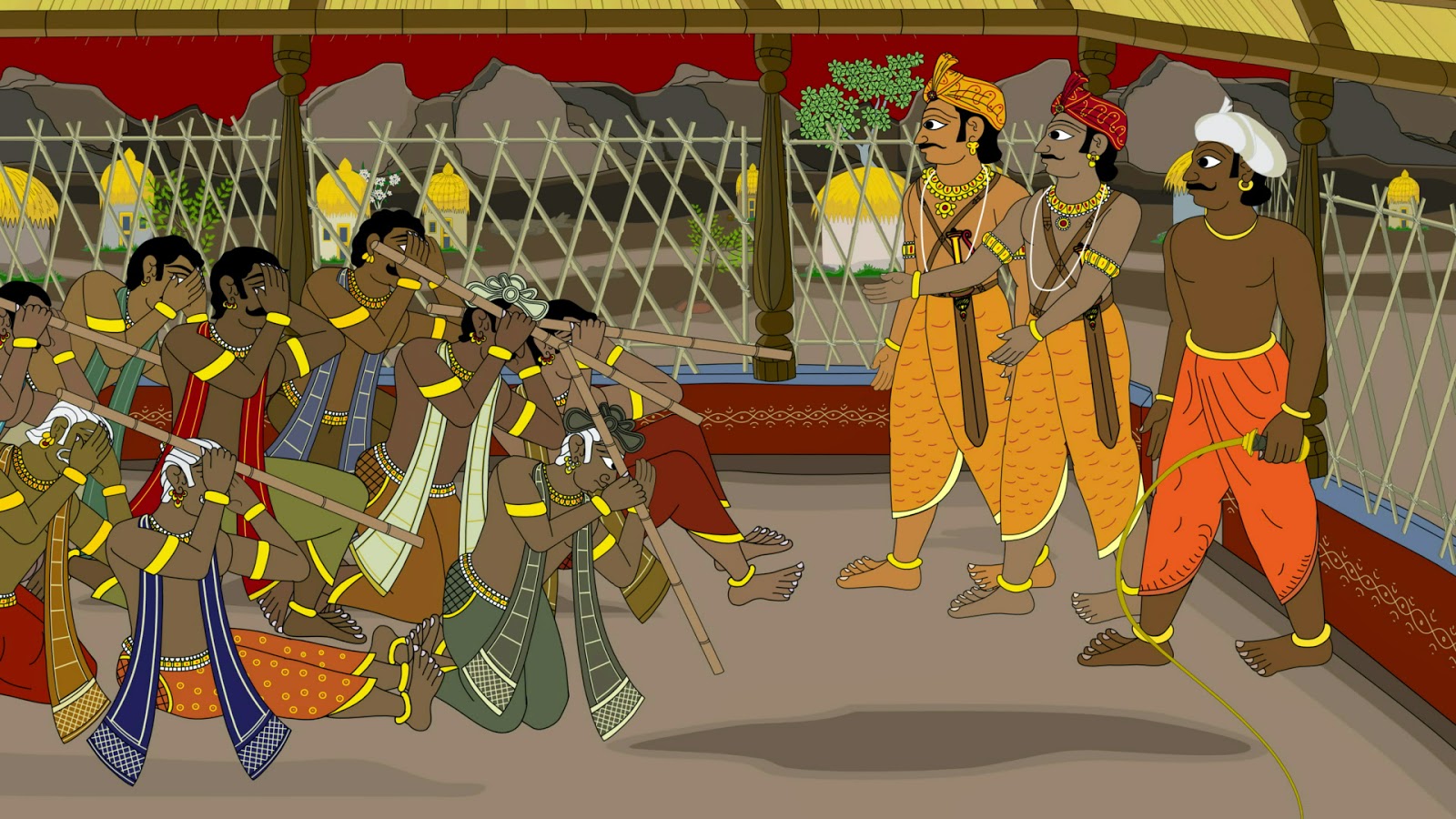 The Ponnivala story does describe a feud in which male members of the same lineage go after one another in a violent manner through several generations. Here an argument about territory is generated by an unequal initial division of land that occurs at the very start of the story. One brother, the eldest named Kolatta, gets the best and largest allotment while his eight younger brothers have to make due with a smaller and less desirable second parcel. The clansmen who are descended from these initial eight brothers nurse a grudge about this matter and try to get some land back. This causes raids and attacks from both sides, ending only when the key hero in the third generation, Shankar (and his assistant Shambuga), kill off the remaining male members of his cousins’ line during a grand fight that takes place inside the ruling (Chola) monarch’s palace. The image here shows one of these attacks on these cousins that takes place inside a school house on their own (undisputed) territory. Not only is this feud nasty, it is also not black and white. Both sides have a reasonable point of view and it would not be easy to argue that either is completely “in the right.” 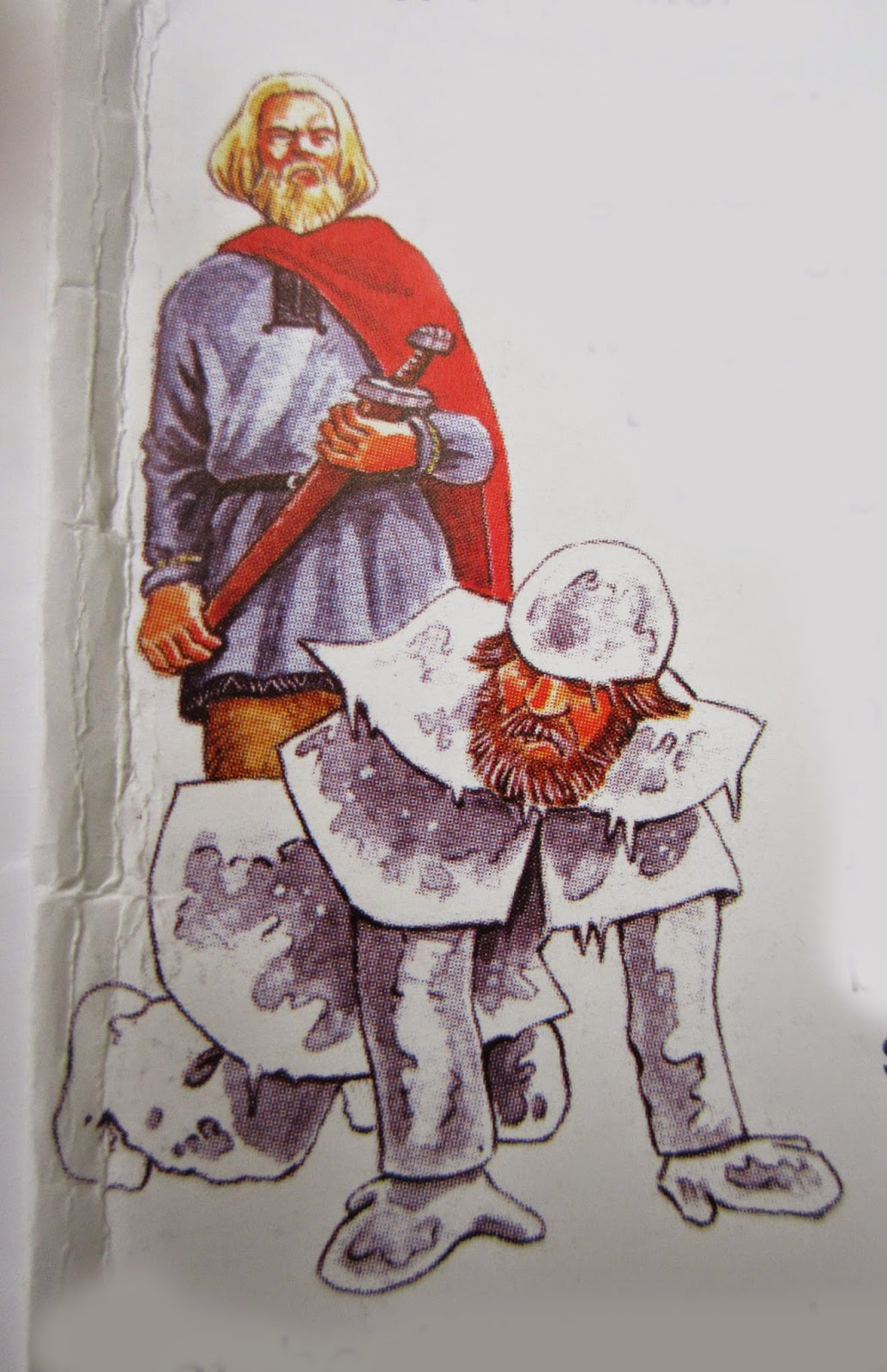 In the Vatnsdaela case an on-going enmity develops between two men that begins at a wedding between a son in the Borg line and a girl from Ingimund’s family. Just before the ceremony Bergur the Bold of Borg appears to insult Ingimund (both chief and host of the wedding) by shoving him. The anger generated by this insult lasts long beyond the wedding day. Finally a duel between the two sides is proposed but the weather is terrible and the Borg side (supported by a man named Finnbogi) fails to show. Jokul, the heroic son of Ingimund, then goes to Finnbogi’s sheep shed, drags a post taken from there out to a nearby horse field, sets it upright in the ground, kills a mare and then impales its corpse on that post as a vengeful act intended to shame his foe. Perhaps this can be classified as a kind of in-law feud that was focused on one “bad” apple (Bergur the Bold of Borg) who had Finnbogi as an ally. Most of the arguments described by the Saga, however, center on thieves and people skilled in negative magic. These are not, at their core, arguments over equitable land division. Instead they have to do with killing off of bizarre or unwanted members of society or else with pushing them entirely out of the Vatnsdaela region. Either way, these acts clear out unwanted persons and appear to “cleanse” the homestead valley of any further negative impacts that might flow, in the future, from their presence. 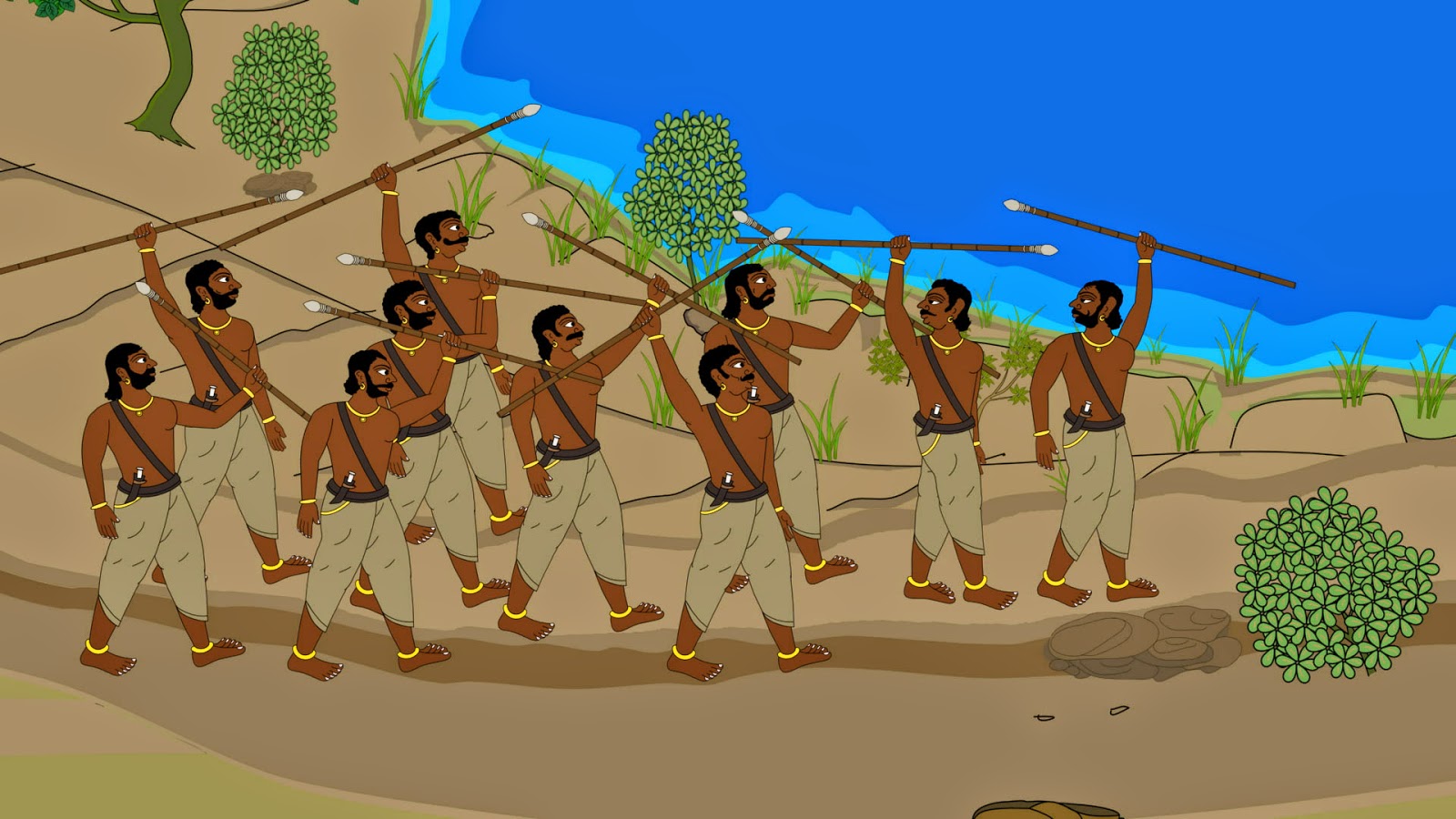 The Ponnivala story is much less about individual “undesirable characters” and much more about the struggle for dominance between three core social groupings: farmers, artisans and tribal hunters. These communities are not treated as castes so much as they are described as representing basic socio-economic clusters of people. One artisan is singled out for his treachery (and also one Chola king), but other than that non-kinsmen tend to confront the heroes as undifferentiated social groups. Take the example of the artisans. They were deprived of their land early on in the story and an unfair “contract,” detailing certain formalized payment amounts for labour supplied, was then imposed on them. No wonder they are angry. Neither the farmers not these craftsmen have a monopoly on the “right” or the “good” in this matter. Similarly, forest hunters in the Ponnivala story are more or less an undifferentiated group of adversaries. With the exception of their unmarried sister Viratangal and one named leader (Kaliappan) these men are just one big cluster of fighters. They too have a reasonable grudge: the farmers have destroyed much of their former forest habitat and its varied animal population(s). Again there is no obvious black and white position one can take in this ecological disagreement: Farmers are important in medieval society and so are forests. Taken in this way it is possible to argue that the Ponnivala epic presents a more sophisticated look at society and its many woes than does the ethically simpler Vatnsdaela story.