Artisans vs. Farmer-Landowners and Their Backers 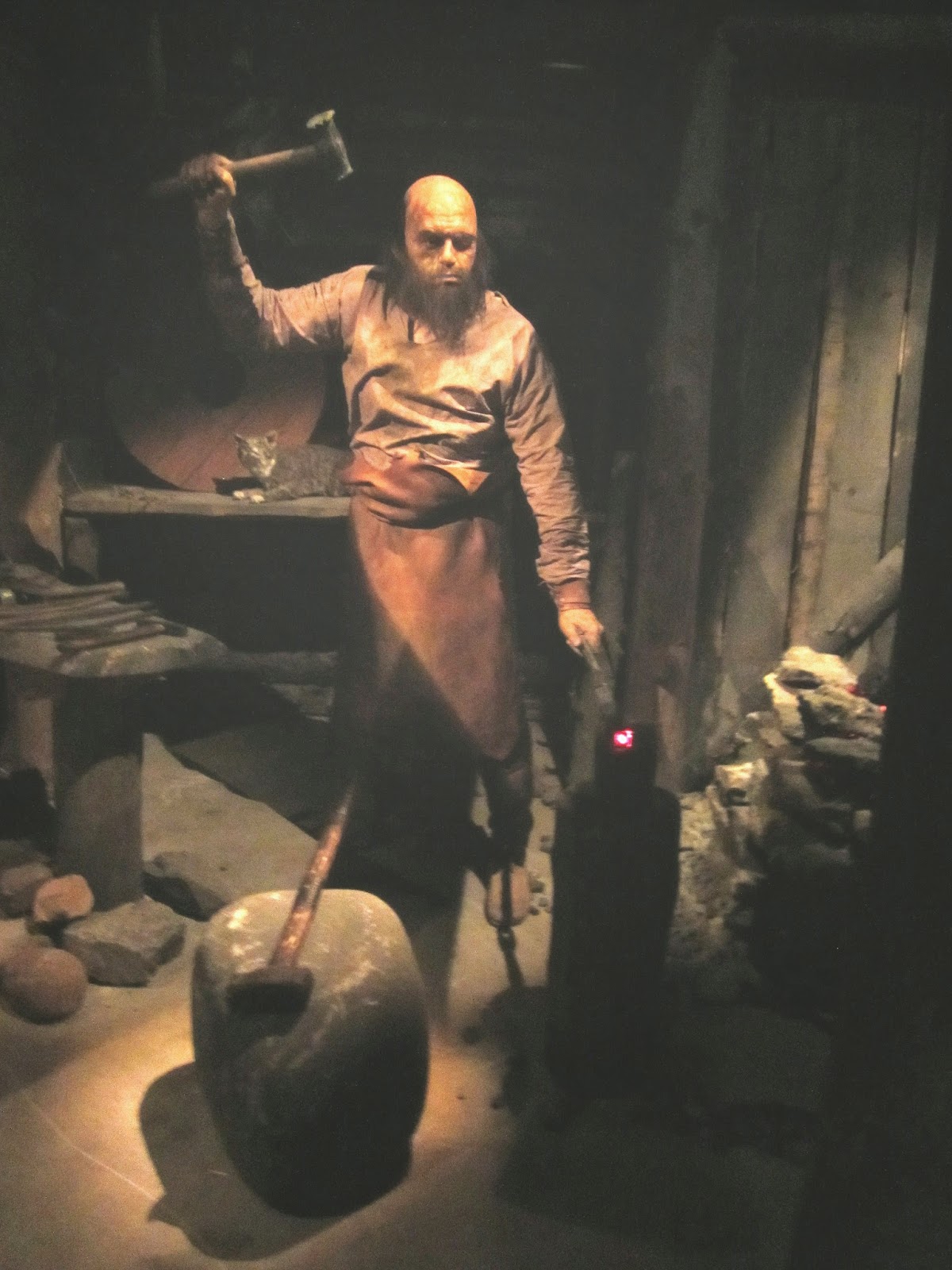 The text of the Vatnsdaela Saga available to me (in English) does not mention the occupations of the various adversaries described. However, piecing matters together using information from the Saga Museum in Reykjavik, we can guess that several of these men may have been blacksmiths. We do know that a well-known blacksmith, Kveldulfur, was forced to leave Norway with his son Grimur. These two managed to escape to Iceland by boat but the senior sailor died on the way. Upon reaching Iceland his son built a settlement known as Borg. But Grimur but was clearly not a farmer and he did not bring livestock with him. Instead Grimur lived by hunting and fishing in this new land. After a time, Grimur found iron deposits in some wetlands nearby and then was able to start a smithy by the shore. Grimur is described as having a dark and unattractive complexion, as being reticent and as not being interested in the company of others. 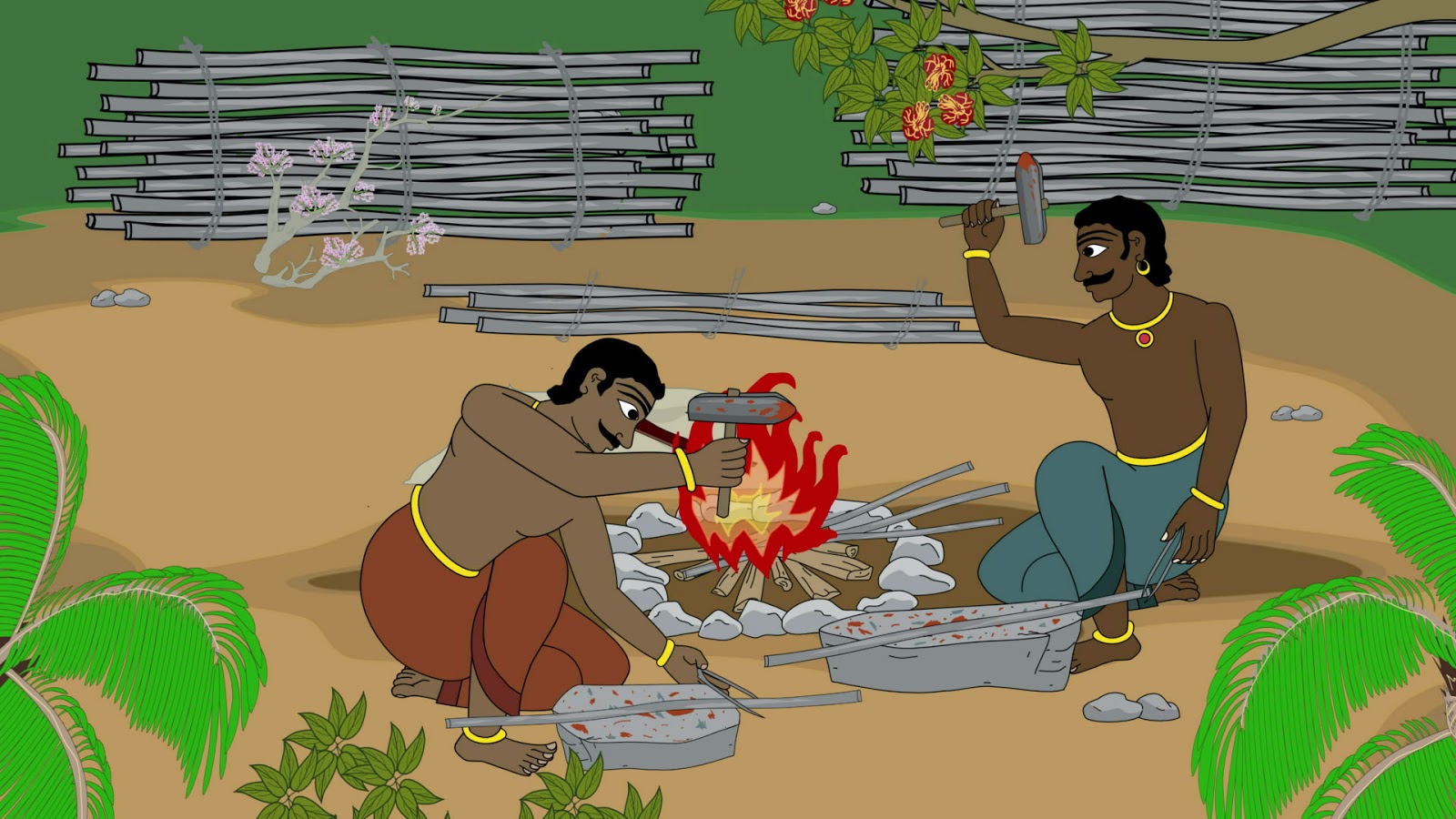 The above description evokes a similar situation in the Legend of Poninvala where a group of artisans (who know many skilled trades) are the first residents of the area where the heroes want to settle. They are first called upon for their blacksmith skills, but later are described as sawyers or woodcutters too. These artisans are friendly with the native hunters living in the hills nearby. These craftsmen, significantly, do not farm and they are a key adversarial group the heroes must face. Indeed, the artisans challenge this leading family once in every generation. In sum, there is a similar situation in both stories. Indeed, this sociological parallel, focused on an artisan-farmer confrontation, is really quite striking! 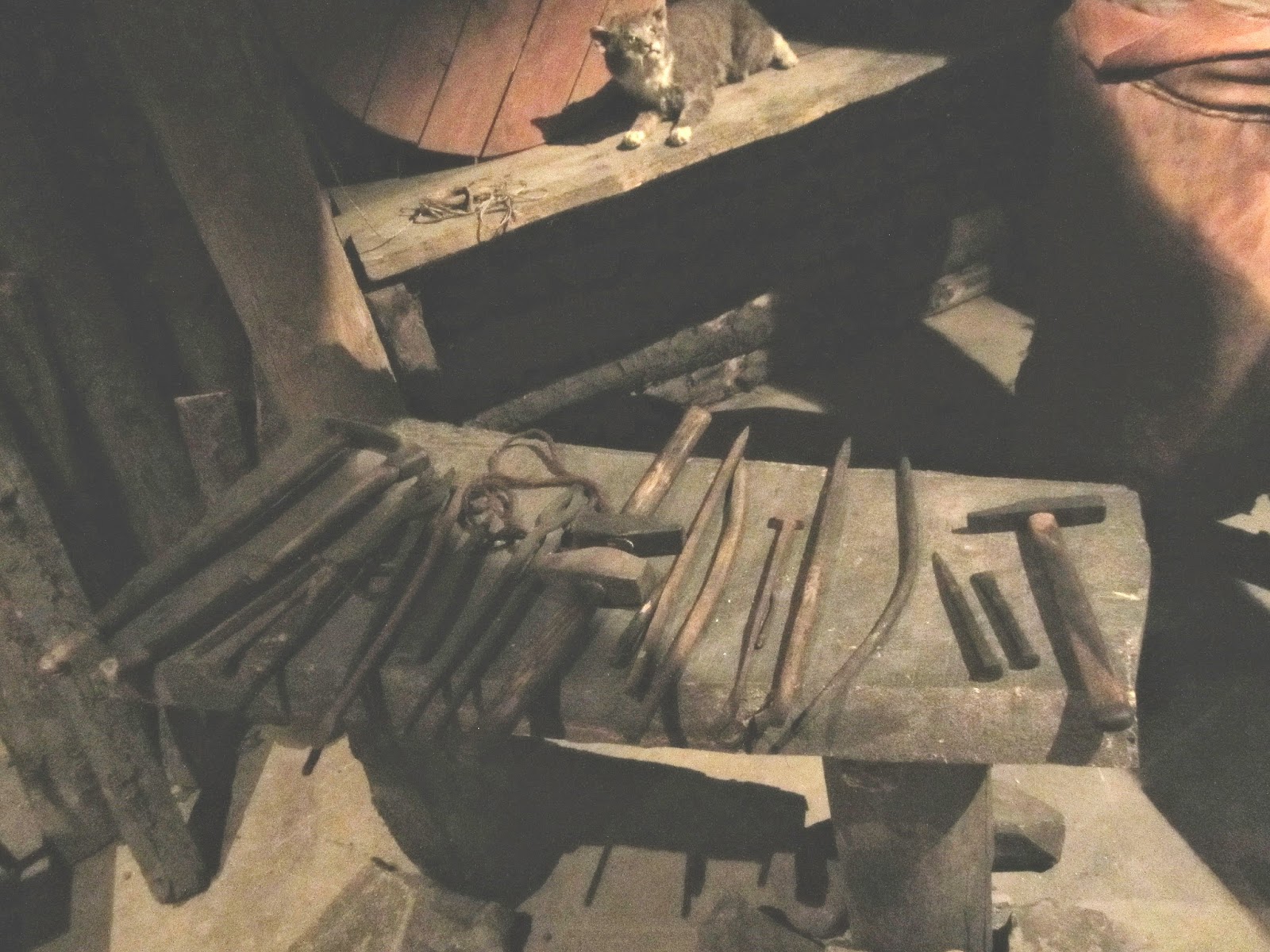 We can further analyze the confrontation of Berg The Bold of Borg symbolically. As he enters a wedding hall Berg deliberately pushes Thorstein aside so violently that he almost falls into the big fire that burns in the middle of the longhouse. Berg is in a rush to get to the fire. His clothes are frozen stiff and he is freezing. Blacksmiths normally work in a very hot and enclosed setting. The fact that Berg’s clothes were frozen (due to a foolish decision he made to show off by carrying people across a river full of chunks of ice) may serve to mark his lack of survival skills out-of-doors. Berg should not have depended on his strength alone to resist the frigid outside temperature that wintery day. Indeed, Berg’s rush to the fireplace might even be a kind of “inside farmer’s joke” about the nature of his character. After all, the entire Vatnsdaela story is told from the farming-hero’s perspective, just as the Ponnivala story is. Furthermore, Berg’s skin is said to be dark. This fact fits well with his presumed work environment, a smithy where there is plenty of soot and constant smoke. Farmers may have sneered at his occupation, though they would have been dependent on his skills to acquire new plow points and many other iron tools needed for their work. Note the cat in the background of this 3D scene featured in the Saga Museum display (Reykjavik) of the smithy at Borg. The cat seems to convey the idea that magic or of other related occult powers may reside in this dark, hot setting, 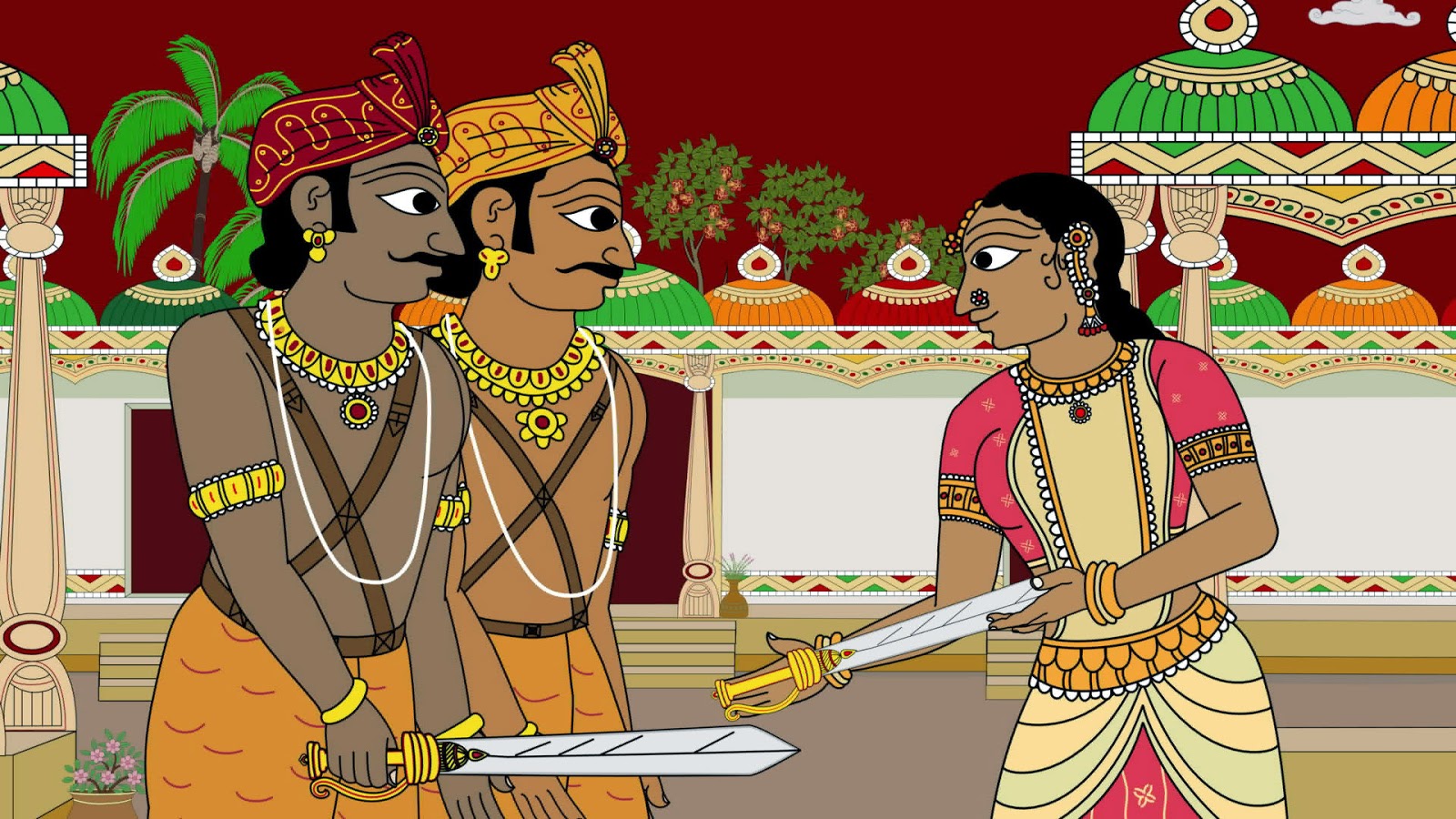 Like the famous sword that belongs to the Vatnsdaela heroes, named Aettartangi, the swords of the Ponnivala heroes also have some magical power within. But interestingly, these swords only acquire their mystical force due to a blessing that the heroes’ sisters can give them just before their use. In this as well as in other ways, the women in the Ponnivala story have a strong impact on events, especially via their backing of their husbands’ and brothers’ exploits. The force these Ponnivala women have available to transfer derives from their chastity (self restraint in sexual matters) and in particular from their virginity. I refer, in particular, to examples set by the several unmarried girls in this story. Chastity and virginity are not given anywhere near the same importance in the Vatnsdaela case, a story which speaks of a man’s mistress at least one point, as well as of a child born out of wedlock. There are no parallels for either of these situations in the Legend of Ponnivala. The Vatnsdaela Saga also has key roles for several female sorcerers, women who operate solely on the negative as opposed to the positive side of the heroes’ balance sheet. 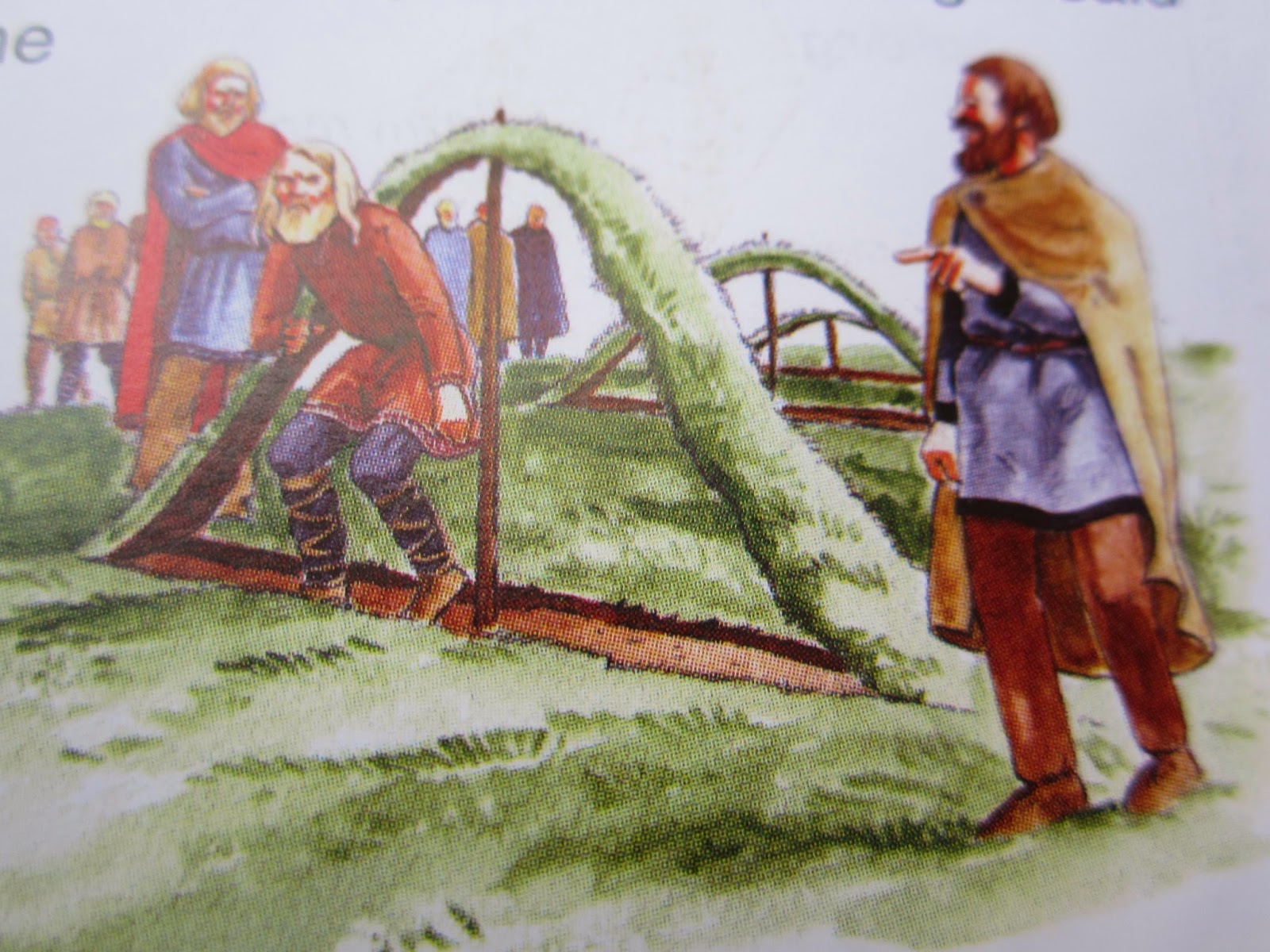 Insults to a hero’s honor and self respect are important in both stories. Even the specific nature of an intended insult finds a parallel in at least one case. In this image the elder brother-hero Thorstein is made to bend low to get under an arch, meaning that he has to place his head below that of his adversary. A similar situation occurs in the Ponnivala legend when the elder brother in the third generation, Ponnar, is made to swim through a sluice-tunnel while his adversary stands on top of it. 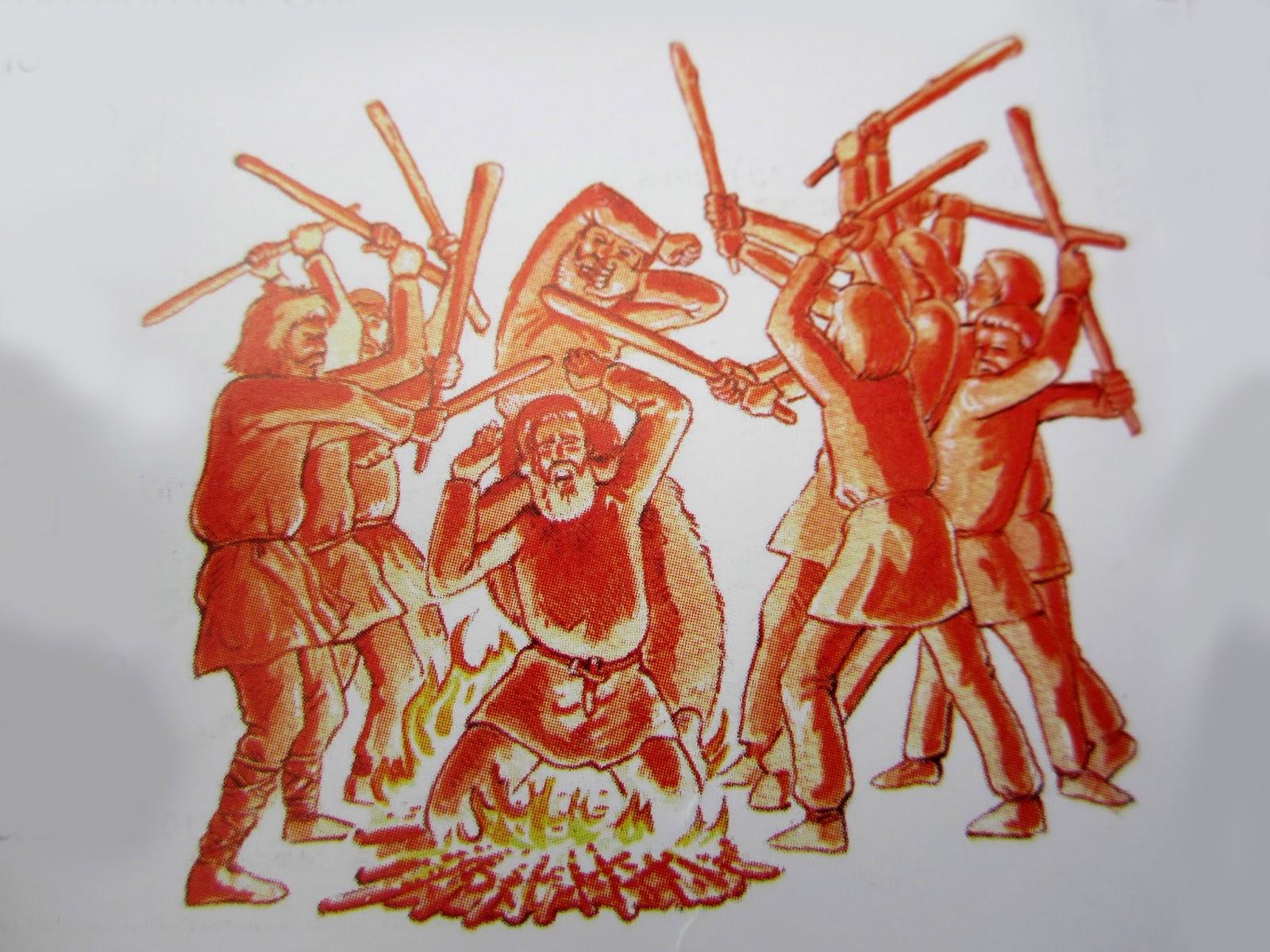 In both epics there are accounts of what amounts to the murder of several unfortunate people pretty much at once. In this Vatnsdaela image it is the killing of two “berserks” in an action sanctioned by the Bishop himself. This is a kind of justice enforced by crowd behavior. It is also an incident that expresses a fear of outsiders and of those who are “different” or behave strangely. 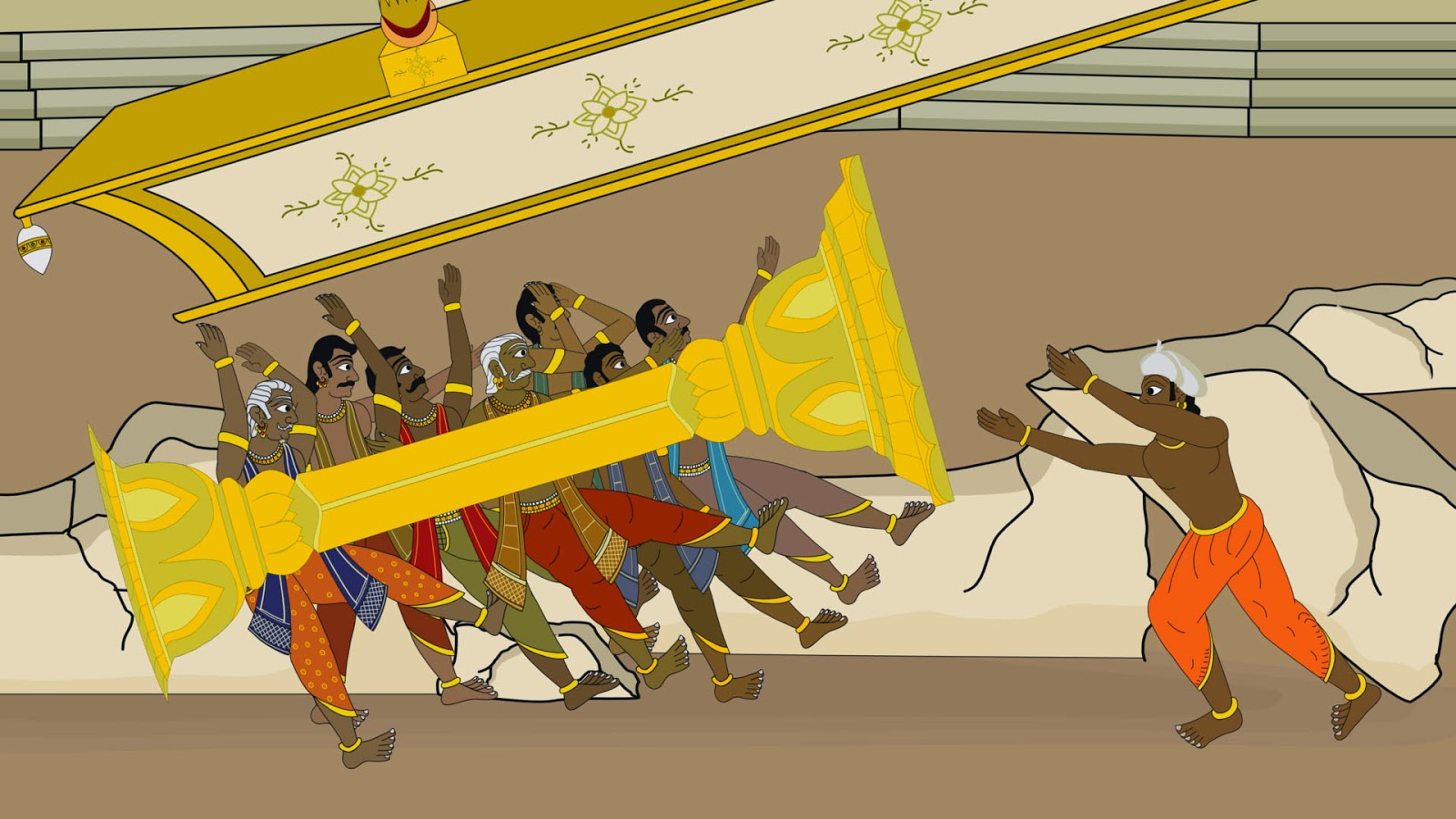 In the Ponnivala Legend there are some rather similar moments. Here the twin heroes’ key assistant (third generation) kills a large group of disliked clansmen by simply dropping a heavy stone pillar on them using his magical strength. In another case (not shown) the goddess herself kills a group of artisans (depicted as both sly and deceitful) during a village ceremony by causing them to fall to their deaths from her magically “flying” temple cart. As for people who are strange, the main heroine, Tamarai, is vilified for being a barren woman… by her own brothers, as well as by others! 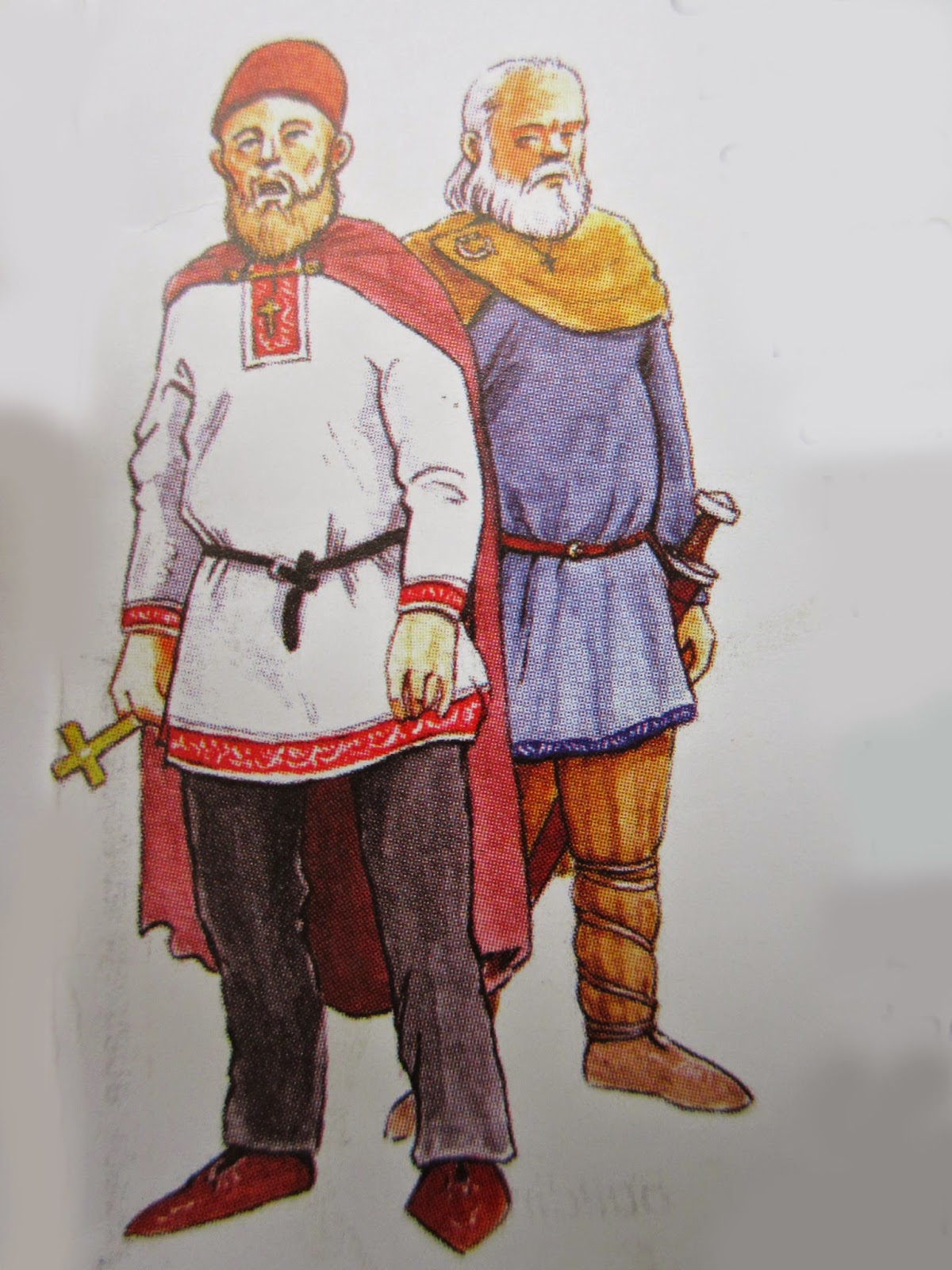 In the Vatnsdaela Saga the Bishop and his assistant wield significant authority. But they live in a world where Christian beliefs are only half the picture. Vatnsdaela society is described as containing many pre-Christian ideas about sorcery and magic. Curses delivered via rune-writing are widely respected. 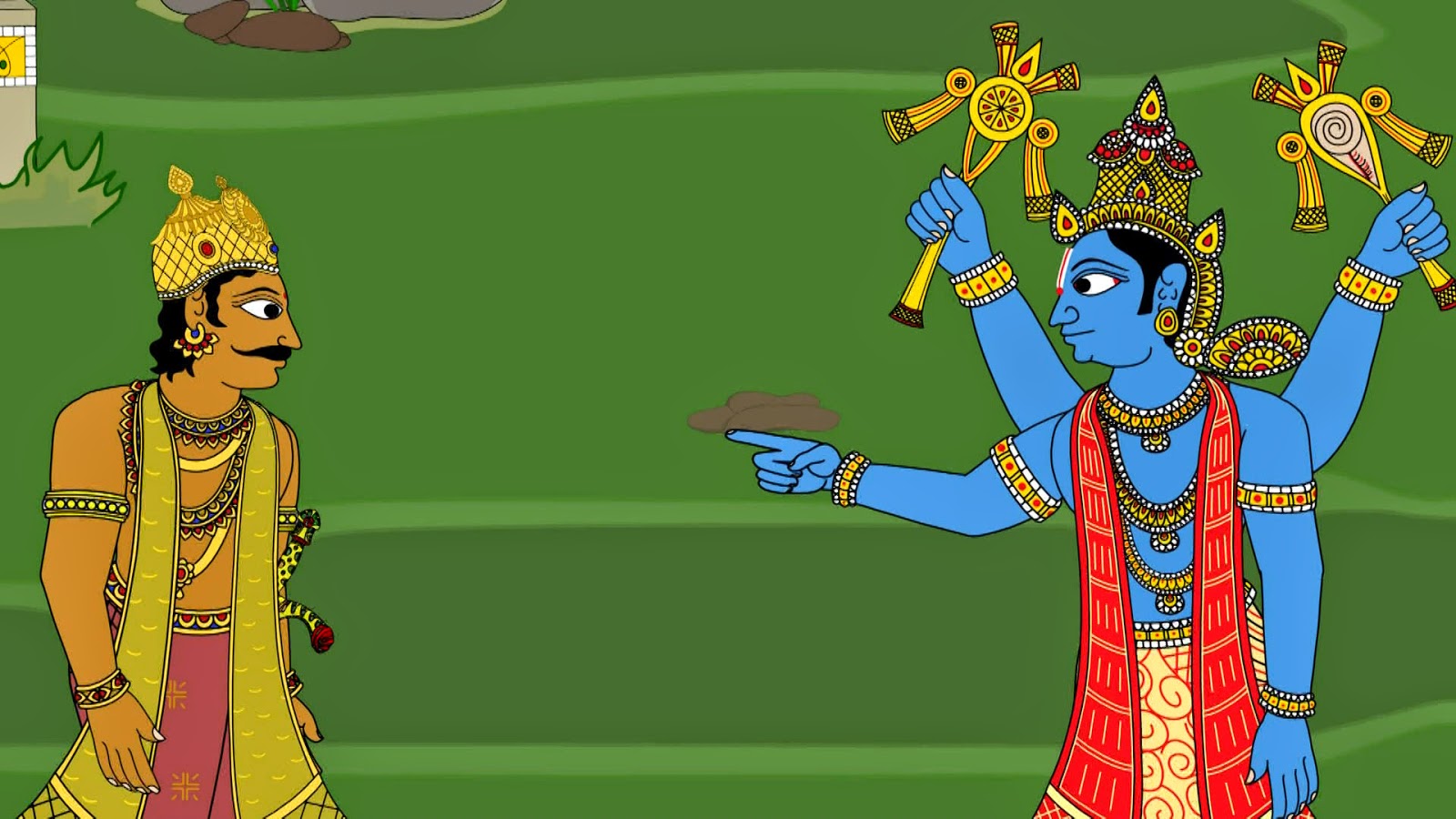 This co-existence of orthodox religious beliefs and earlier tribal traditions is not so obvious in the Ponnivala case, though one can see it if one looks below the story surface. The Ponnivala heroes clearly live in a Hindu world where the great gods Vishnu and Shiva, (not shown here) are seen to rule. There can be no doubt that these orthodox divinities of Hinduism call the shots and manipulate men’s fates as they wish. Nonetheless, traces of earlier belief systems can also be seen. There is a great wild boar in the Ponnivala story, for example, for which there is strong evidence of a wild-divine-boar precursor in Indian rock art from the area. Other details (too complex to describe here) also point to the persistence of earlier tribal beliefs present in the background surround, particularly at the point where Tangal attempts to “resurrect” her twin brothers from death.