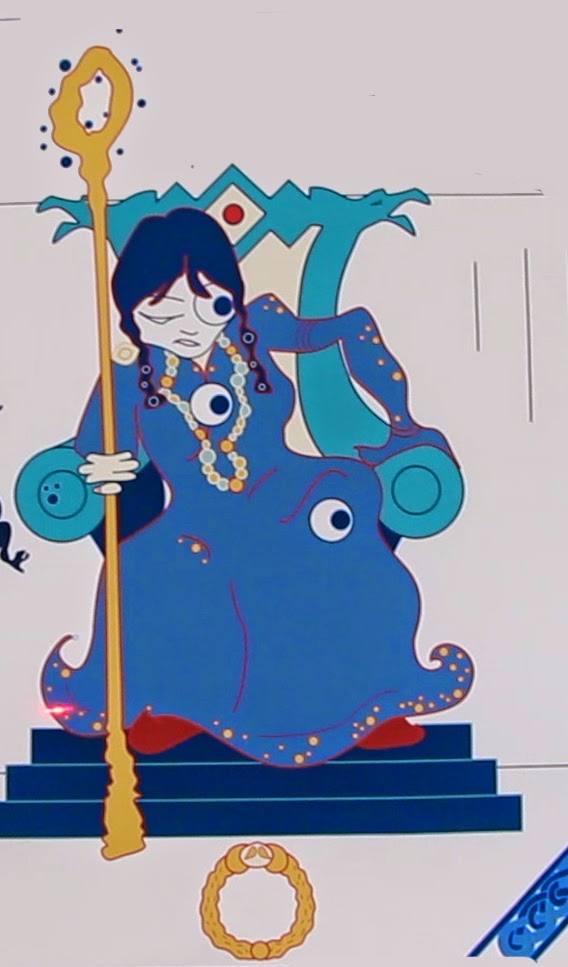 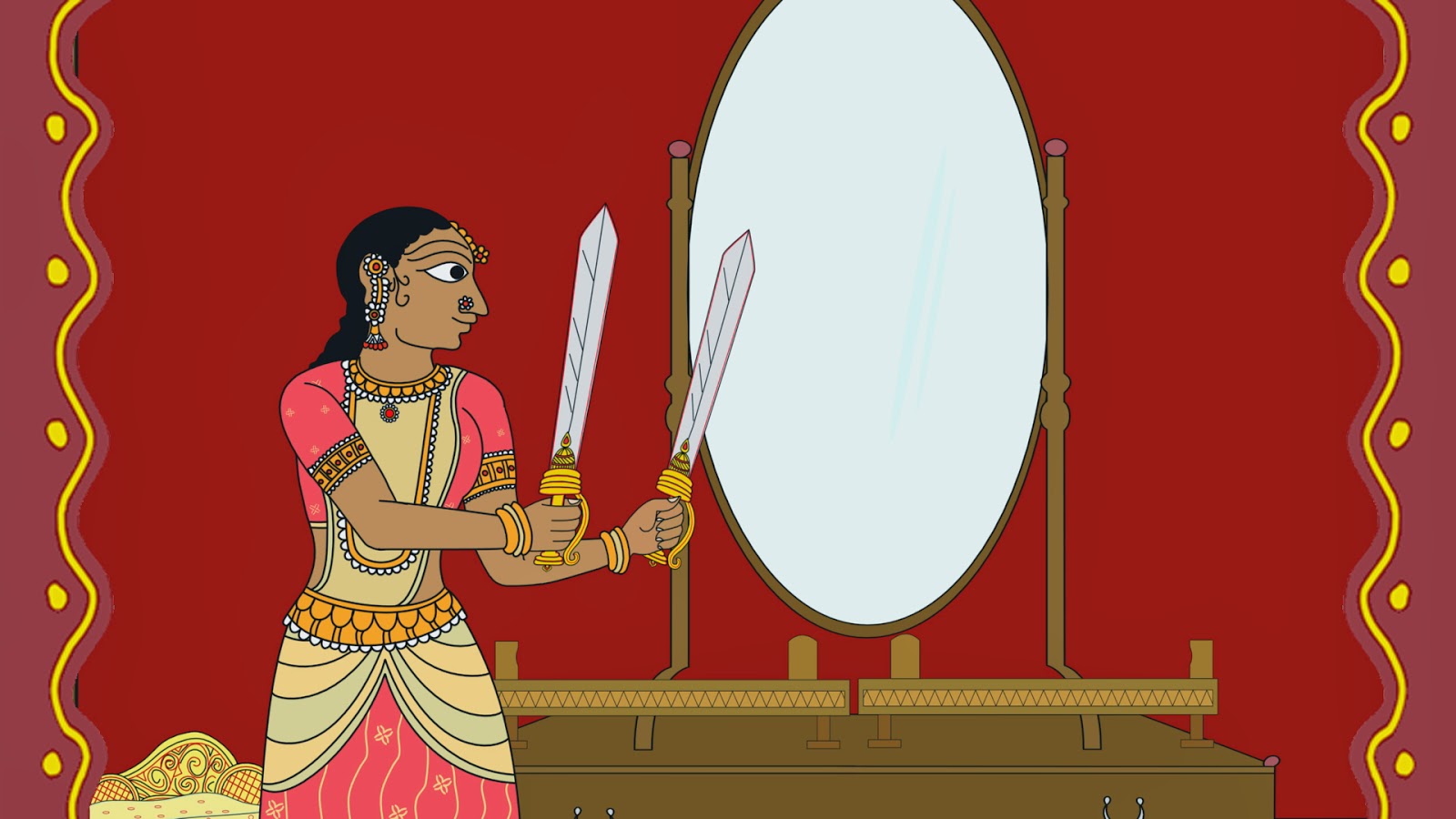 The Vatnsdaela story mentions several female fortune tellers, the most prominent being the Finish woman Finla. She has the power to steal and then bury a gold ring belonging to Ingimund, using it to mark the place in Iceland where she foretells he will build a future homestead. Tangal is also a kind of fortune teller. Tangal also foresees various details relevant to her brothers’ fates. And notably she has the power to bless their swords before they leave on a dangerous adventure. Near the end of the story she does not give them this blessing (put another way, her brothers fail to ask for this before placing their swords in their scabbards). Following this the two heroes die deep in the forest and only “see” their sister once more following the moment when she finds they bodies and (briefly) resurrects them. 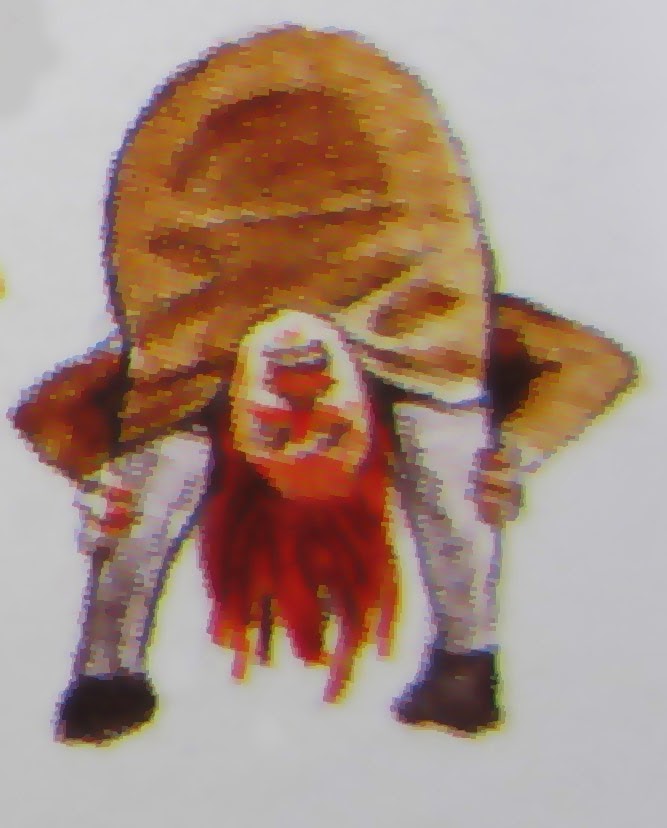 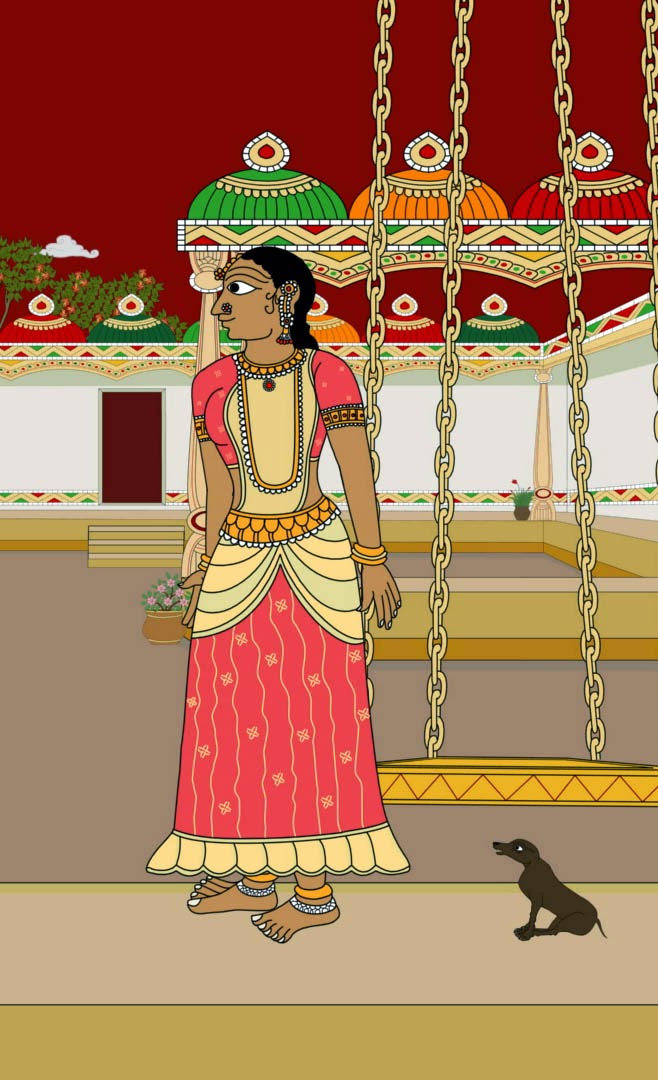 Sorcery or negative magic has differing symbolic links in the two epics being discussed. In the Vatnsdaela case the sorceress accesses negative power by inverting her body and then walking backwards. She is trying to weaken the hero Jokul’s power to take revenge on her son after Jokul becomes angry at him because of an insult. In the Ponnivala tale Tangal’s subtle (unspoken) anger is directed at her own brothers because of their lack of concern for her welfare, also a kind of insult. Her fury is expressed by (projected onto?) her tiny, female, earless dog. We could say that this constitutes a kind of inversion too, as a human actor is here transformed into a non-human one. That little dog, Ponnacci, sends a message to her brothers in the form of a dream-curse that s them while they rest inside their war tent. The two are essentially incapacitated until the younger, Shankar, makes amends for them both, expressing his humility via an apology. 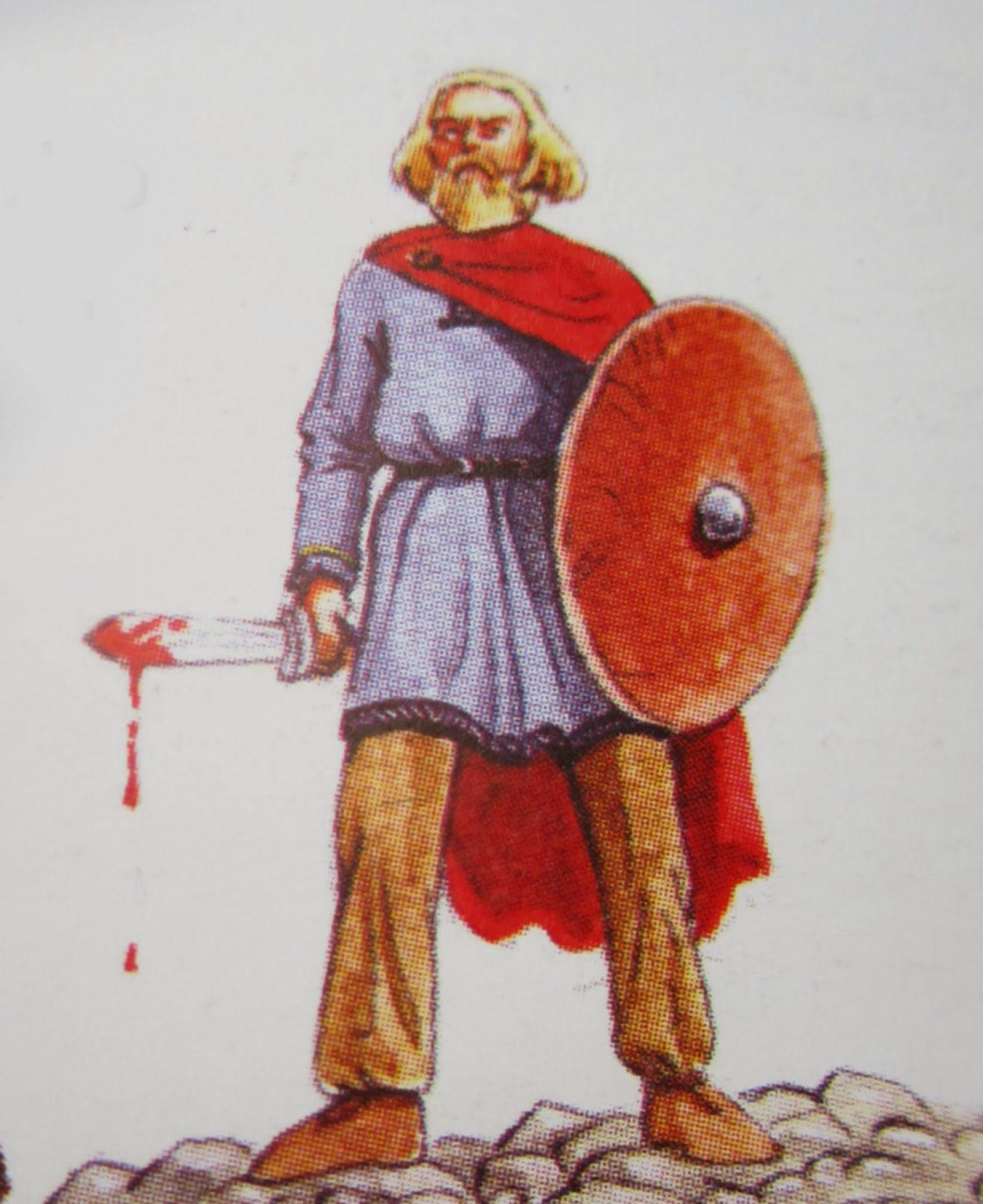 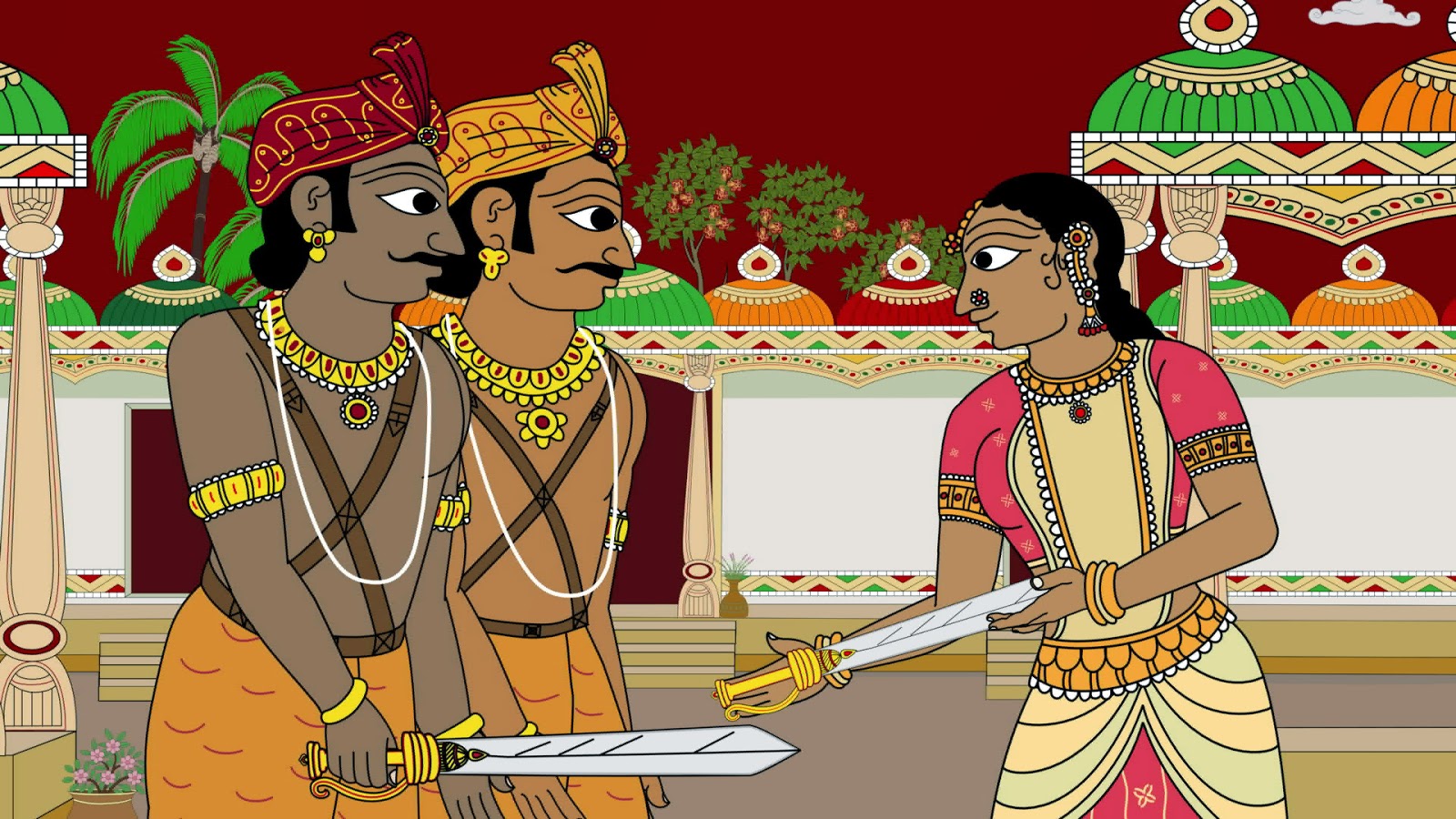 Swords and other long vicious weapons have special magical powers in both these epic stories. In the Vatnsdaela case Jokul uses a sword passed down in his family that has a personality and a name (Aettartangi) all its own. In the Ponnivala story the heroes’ swords do not bear special names but they absorb special powers from their sister’s blessing of them just before each use. Meanwhile, the hunter enemies have a powerful piercing weapon all their own, the spear. Their forest-dwelling sister does not overtly bless these before their use but a magical connection between these warriors’ power and her anger seems to be implied. Speaking more abstractly, piercing is a key motif in the Ponnivala Legend. A piercing marks both the beginning of the story (the piercing of several sacred cows) and its ending which involves the piercing of both the great boar Komban and then, a little later, of the heroes themselves. How important the theme of piercing is to the Vatnsdaela story is not known. 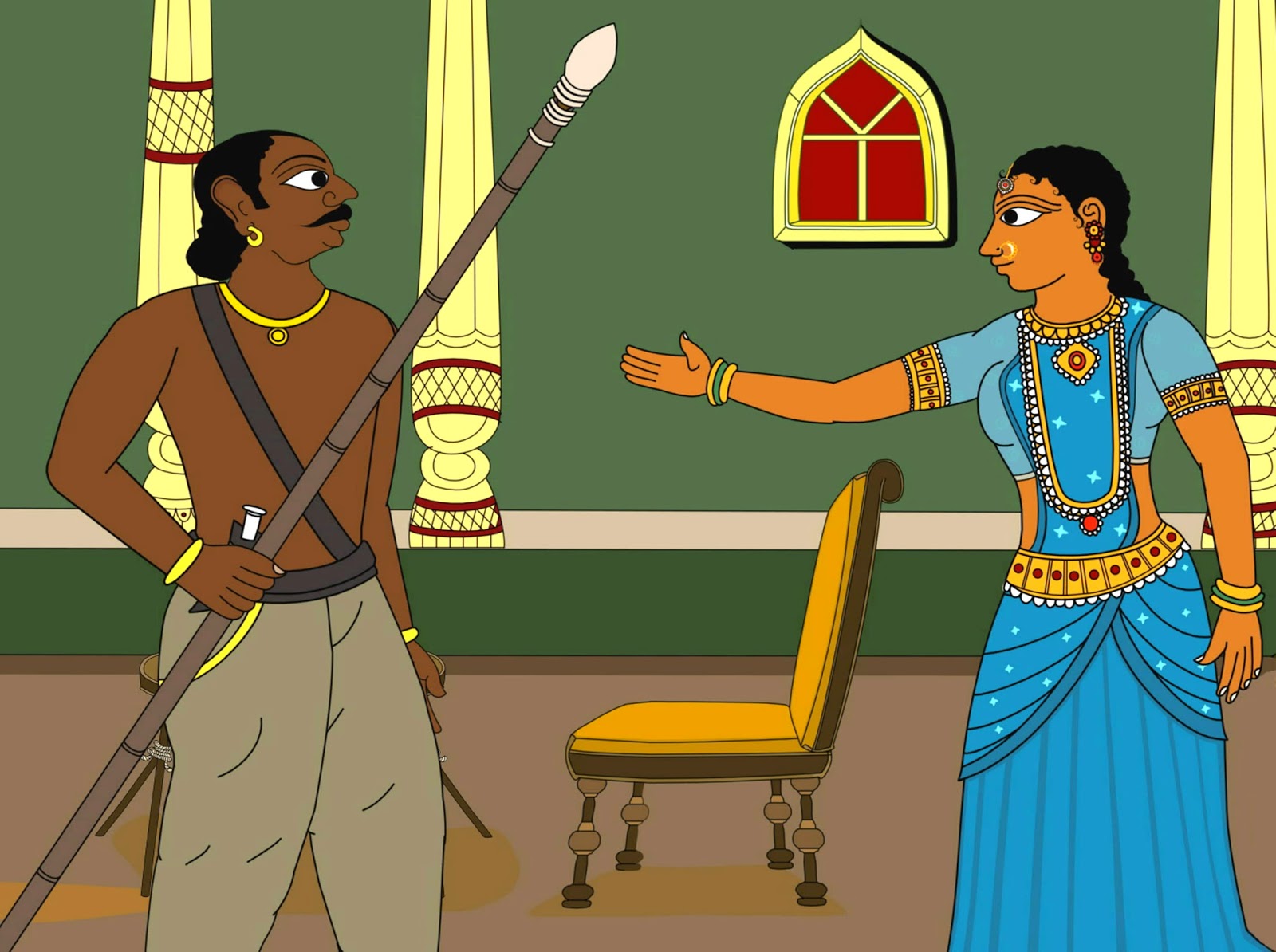