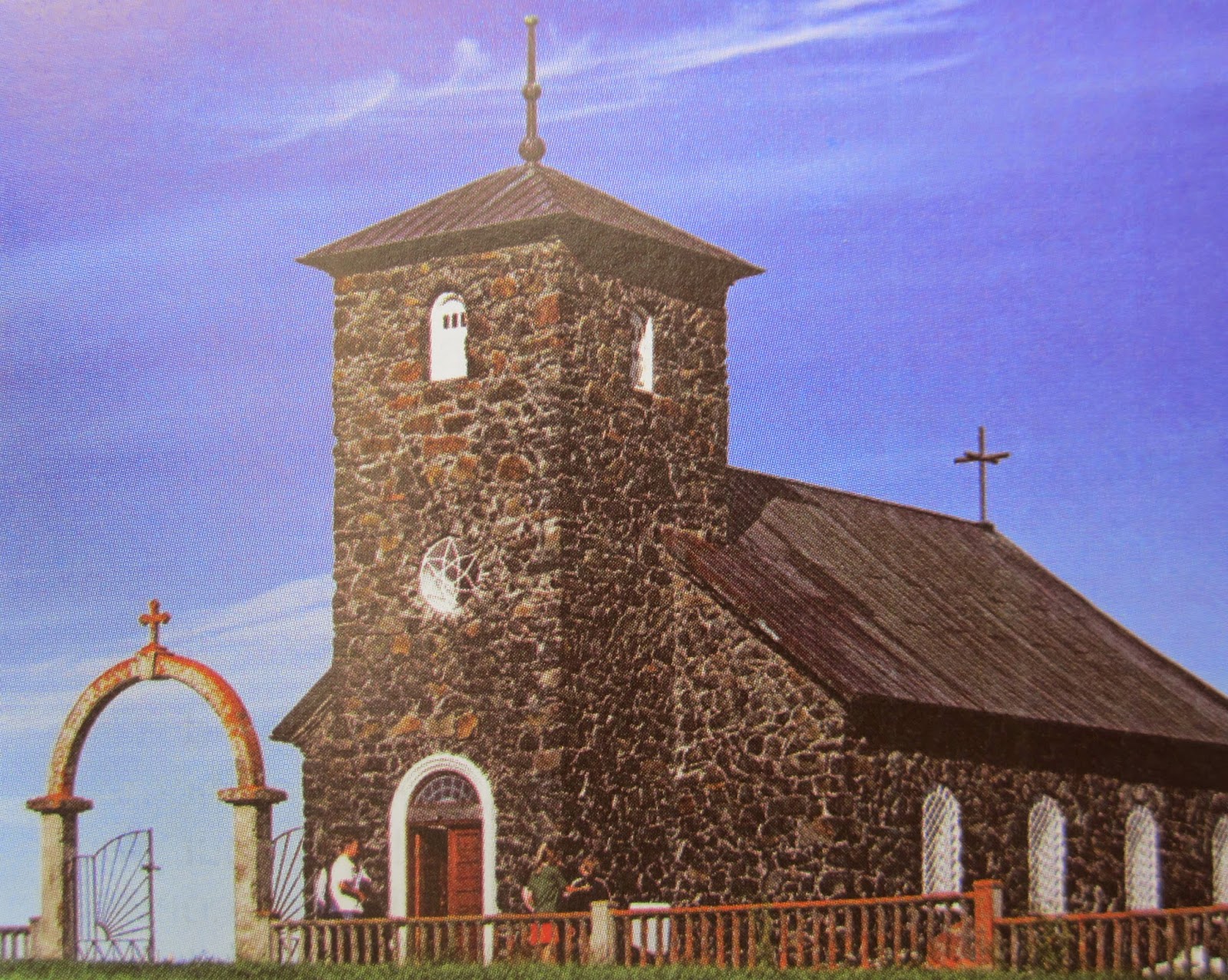 Scholars think that the Vatnsdaela Saga was likely written down by monks associated with the ancient church at Pingeyrar sometime between 1270 and 1320.  The story is only persevered in later manuscripts, however.  The earliest fragments that survive have been dated as having been written between 1390 and 1425 AD.  But the Vatnsdaela Saga itself describes more-or-less “real” events estimated to have occurred between 875 and 1000 AD.  (Andrew Wawn, pp. 185-88, the Sagas of the Icelanders, Penguin, 2001). This text represents just one of a much larger collection of oral stories that have survived to the present day and that depict tales from early Icelandic history.  This corpus of saga literature likely reflects a much larger body of popular oral legends circulating in the area at the end of the first millennium.  Monks, having heard them, began to write them down with an eye to their lasting preservation.  These skillful and attentive scribes were men interested in capturing their local history, hoping that future generations would honor these tales.  We do not know if the earliest story-telling traditions in Iceland transmitted legends using songs and extensive conversational segments.  However, it is likely that they did.   The text of the Vatnsdaela Saga, as preserved, however, is cast in narrative form.  There are no songs and just a few lines inserted here and there that depict actual conversational exchanges between characters. 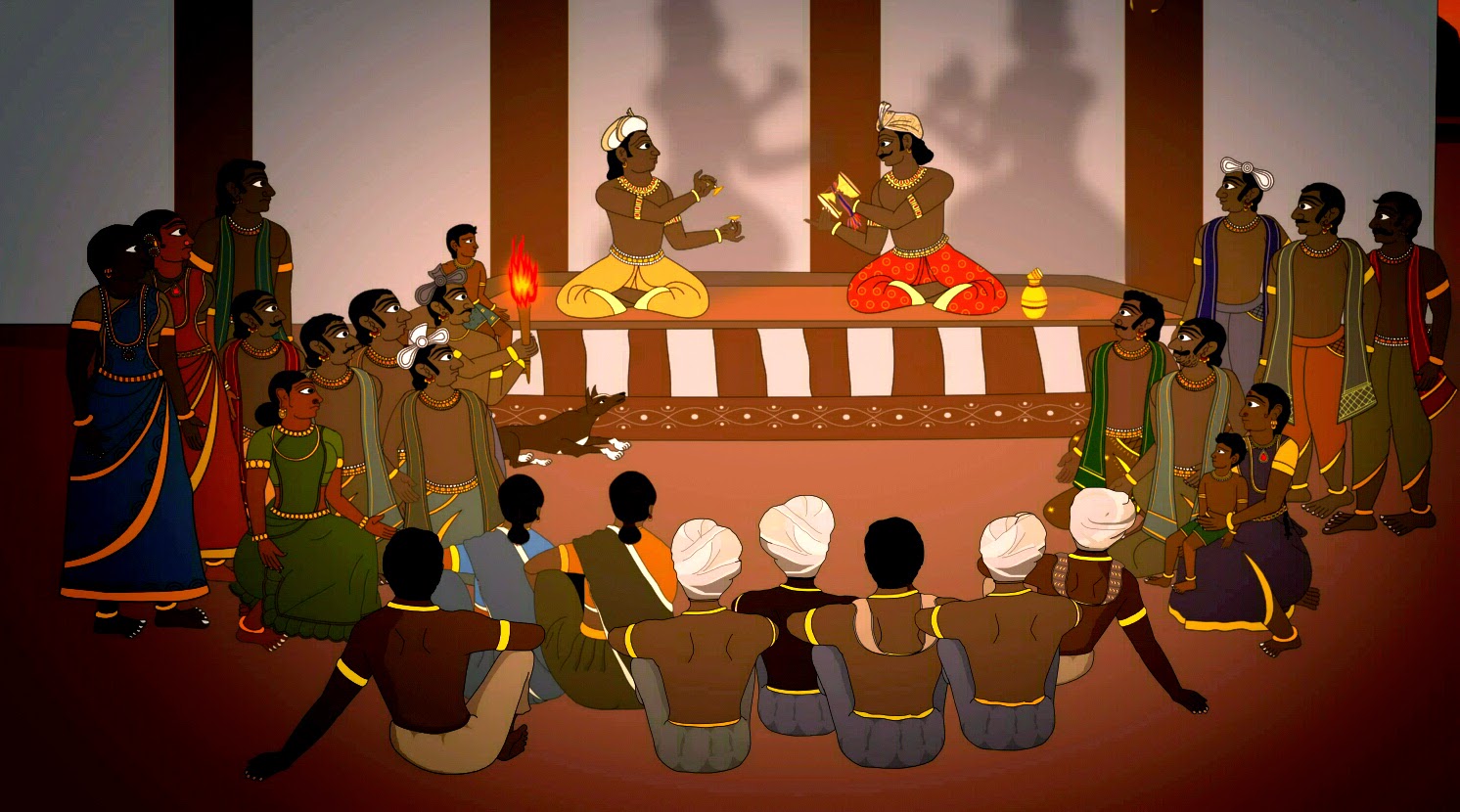 The Legend of Ponnivala is still sung by illiterate local bards (at least in part) and thus is still transmitted orally.  The version I reference and have written about was tape recorded during a 44 hour performance of two live singers to an enthralled village audience in 1965.   This particular telling took 18 nights.  The tape recording was later transcribed.  I also rely on a parallel version dictated by the same lead singer to a scribe just weeks after his public performance.  This second “text” is considerably shorter, contains shorter songs and fewer mythological diversions but is the same story in most of its action-packed details.  This transcribed version has also been translated into English.  That document is very interesting as it stands midway between a truly oral performance and the kind of poetic, literary texts we have available for other Nordic oral epics (the Finnish Kalevala, the Estonian Kavelipoeg, etc).

The Ponnivala legend has been recorded, at least in part, on palm leaves and in one early European-style chapbook.  However, the oral version described above (the one I have used) is far more straightforward, is more easily understood and is exceptionally detail-rich.  Dating the Legend of Ponnivala is impossible but its core events roughly reflect the history of the region in question between about 1000 and 1500 AD.  The story, as told there, aligns with and compares to stone and copper inscriptions available from this same period.  The other more literary versions referred to may reflect the earlier preservation efforts of various scribes, but their texts have long since morphed into literary and poetic re-creations, a process similar to what happened in the effort to preserve several other famous Nordic traditions just now mentioned above. 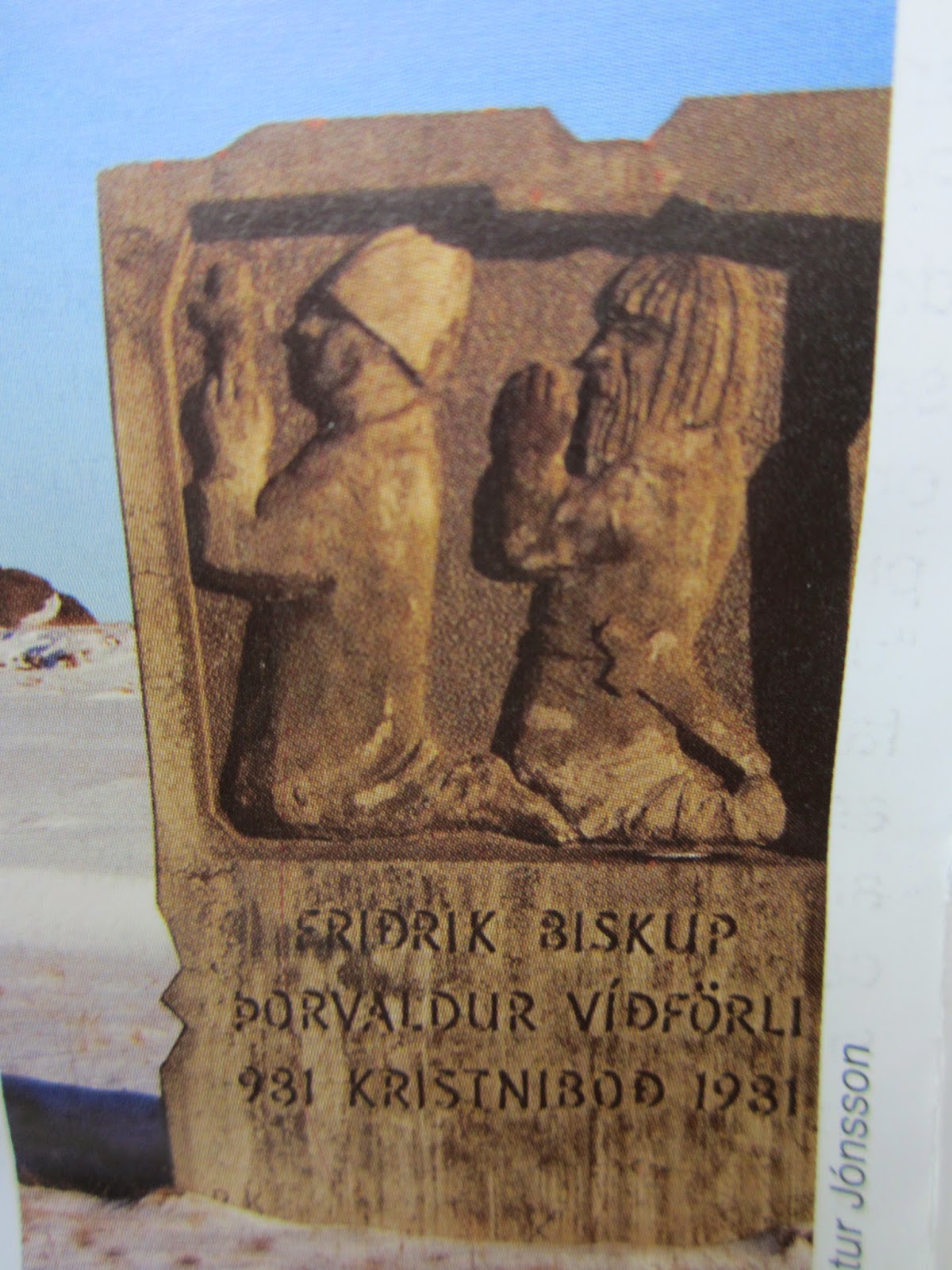 The singers of the Vatnsdaela Saga were possibly also devotees who worshipped at the Pingerar church.  This image shows a pair of men who might have been usefully engaged as scribes.  They could also have been active tellers of historical stories about the region, stories that were conscientiously preserved and handed down through many generations in this church setting. 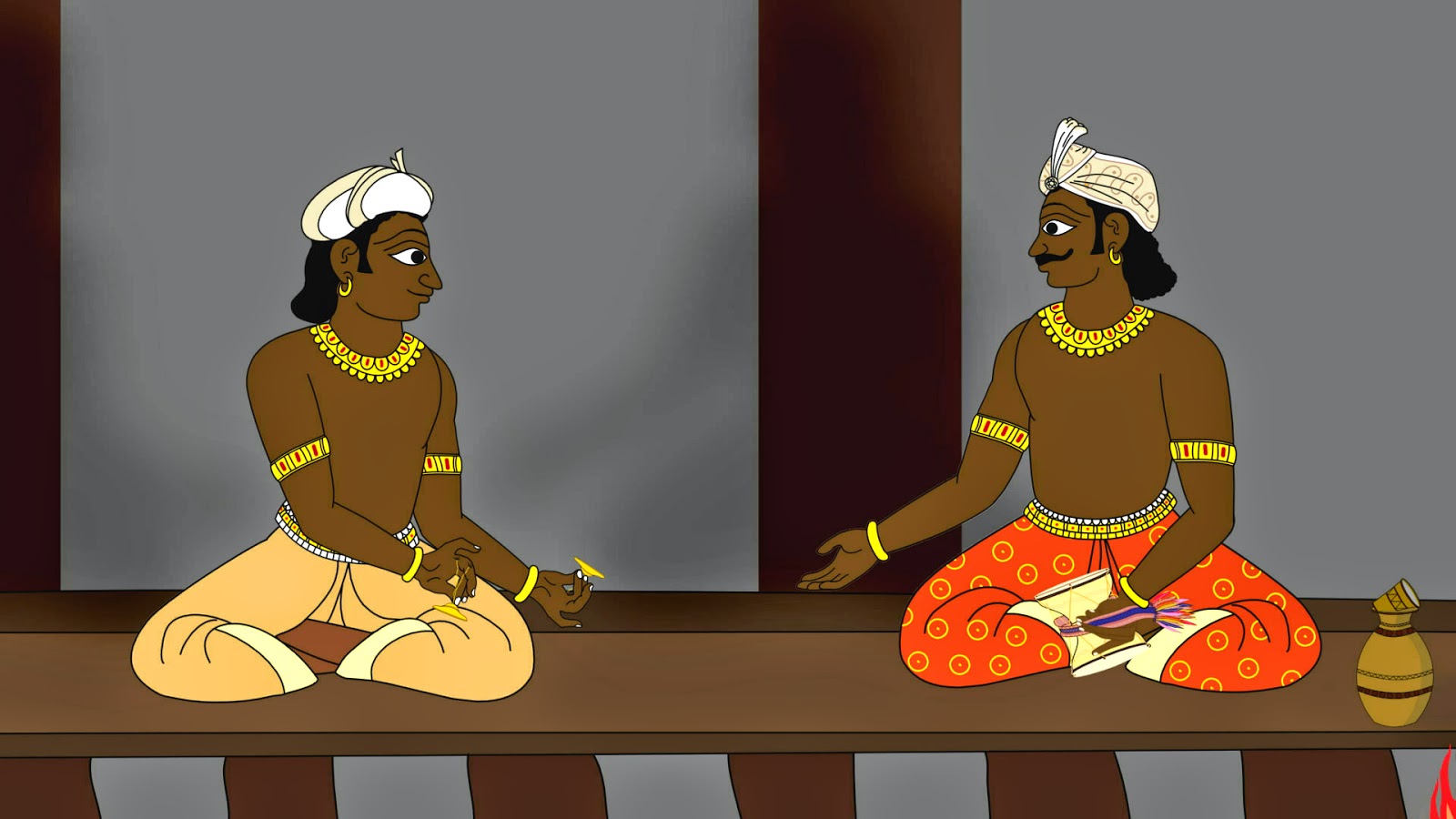 The Vatnsdaela story text, as far as I can judge from its English translation, is not a corpus of epic poetry but rather a string of narrated adventure tales grounded in the region where the Pingerar church is located.  There are no obvious poetic or song passages, no repeated stanzas and just a little bit of dialog woven in.  The Ponnivala Legend is different.  In this tale there are a lot of character voices, supplemented with a certain amount of narration that serves to bridges scenes and conversations.  There are also many songs, some (with variations) used multiple times.  The story is driven forward by the main bard, but he sings with an assistant who is also sometimes his apprentice.  This second singer repeats phrases to emphasize them and sometimes adds extra lines, questions or exclamations.  This makes the Ponnivala story stylistically different from its Icelandic counterpart, though content wise there is a lot of overlap, as this long blog has demonstrated.

Stylistically the Ponnivala epic performance somewhat resembles the Finnish Kalevala and also is somewhat similar to the (translated) corpus of Icelandic sagas.  Indeed our Ponnivala text(s) lie somewhere in between these two Nordic paradigms.  (See Elder Brothers Story Vols. I & II, collected, translated and edited by B. Beck with Tamil and in English, on facing pages, Institute of Asian Studies, Madras, Tamilnadu, India). This two volume set contains more poetry and song than an Icelandic Saga does, but does not present the reader with a full-length metred and highly poetic text.  Ponnivala’s extensive song segments highlight character feelings while its long conversational sections lend the story great immediacy and realism.  The third element, Ponnivala’s narrative segments, serve to tie everything together with strong logical threads, giving the story its basic “this-and-then-that-happened” structure.