Birth in a New Place 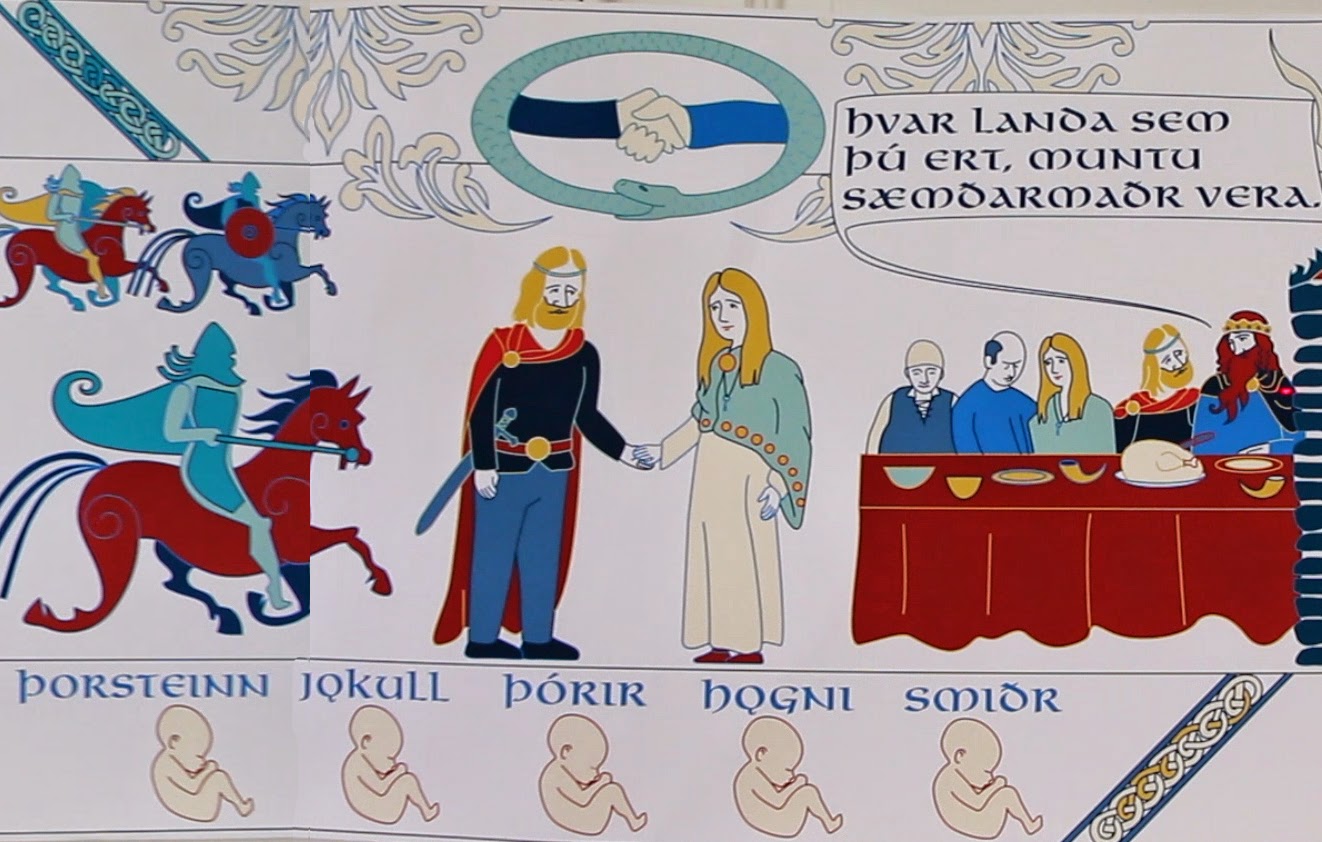 Up until now I have focused mainly on similarities between the Vatnsdaela Saga and The Legend of Ponnivala. However, when it comes to women these two stories diverge in a striking way. In the Icelandic tale the wife of the key hero Ingimund is featured as a young beauty by the name of Vigdis. She is a socially well positioned woman whom he marries and who then bears him many children. Interestingly, there is significant resistance to her wedding by her father. This is not surprising since Ingimund had earlier killed his son, this young maiden’s brother. But his resistance is overcome when Vigdis’ mother intercedes on behalf of her daughter’s suitor. After Ingimund’s wedding, furthermore, this “in-law problem” is left behind due to a simple, practical solution: the couple immigrate to their new homeland while their potentially troublesome relatives stay behind in Norway. 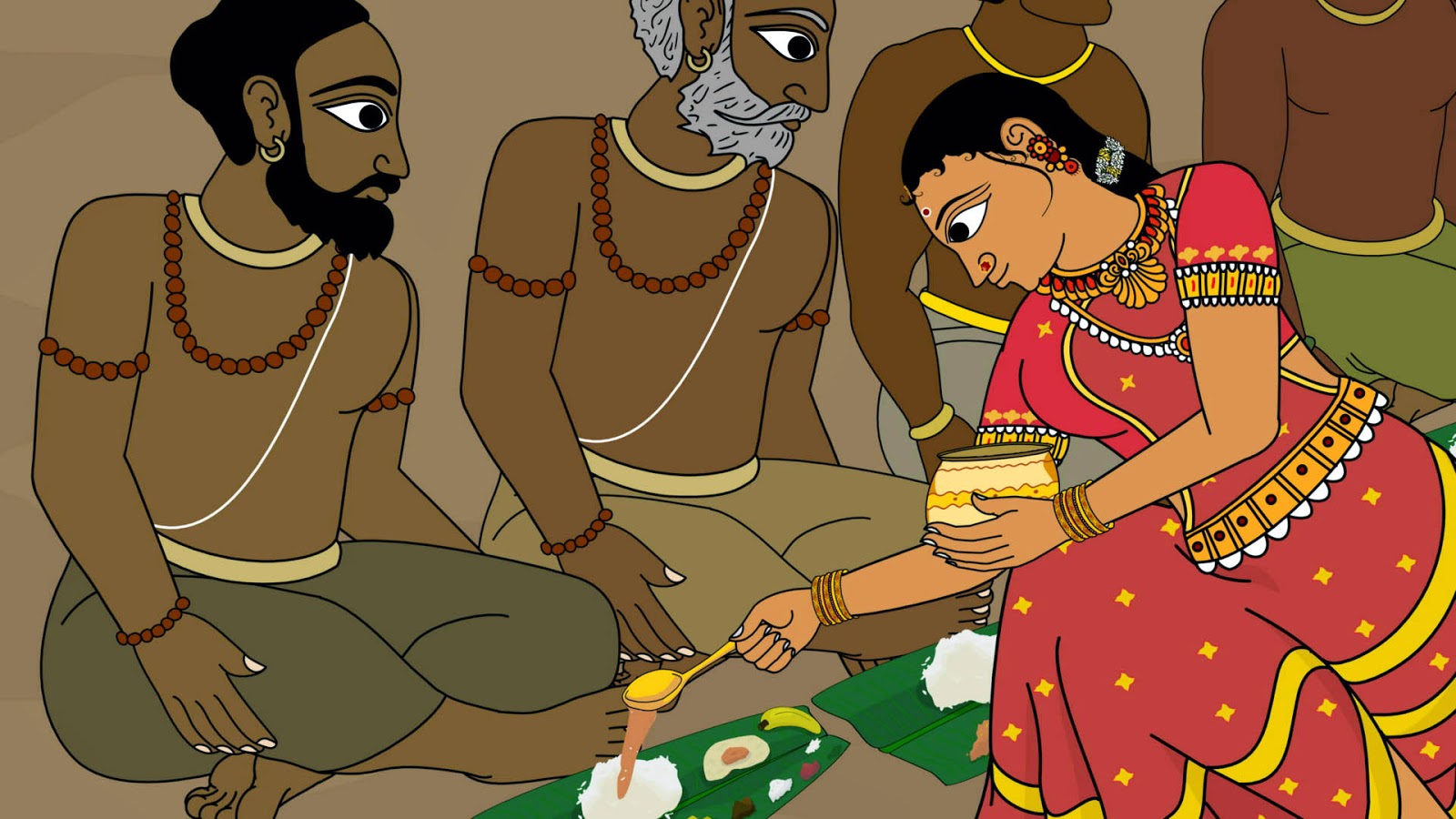 In the Ponnivala story the hero Kunnutaiya has a similar problem. The two elder brothers of the woman he loves also resist him, saying he is an inappropriate suitor for their young sister. (The father of these three siblings is not mentioned). Again the story hero’s wedding proceeds, in defiance of her two brothers’ resistance. The Ponnivala wedding, furthermore, takes place “outside” the bride’s village. The great god Vishnu holds the event deep in a forest because the ceremony has not been publically sanctioned. But it is backed this god. He declares that the bride and groom are actually cross-cousins which “rationalizes” this event. The son of a woman, according to local tradition, actually has a “right” to demand the hand of his mother’s brother’s daughter in wedlock. But the relationship Vishnu is referring to is not publically known. Both the Vatnsdaela and Ponnivala stories follow up the wedding with a similar outcome: each set of newlyweds is immediately forced to leave the family’s home area and settle in a completely different locale. In the Ponnivala case, but not in the Saga story, the bride later wants to return and visit her brothers. Then the in-law problem raises its head again. That later chapter in the conflict is not easily resolved. 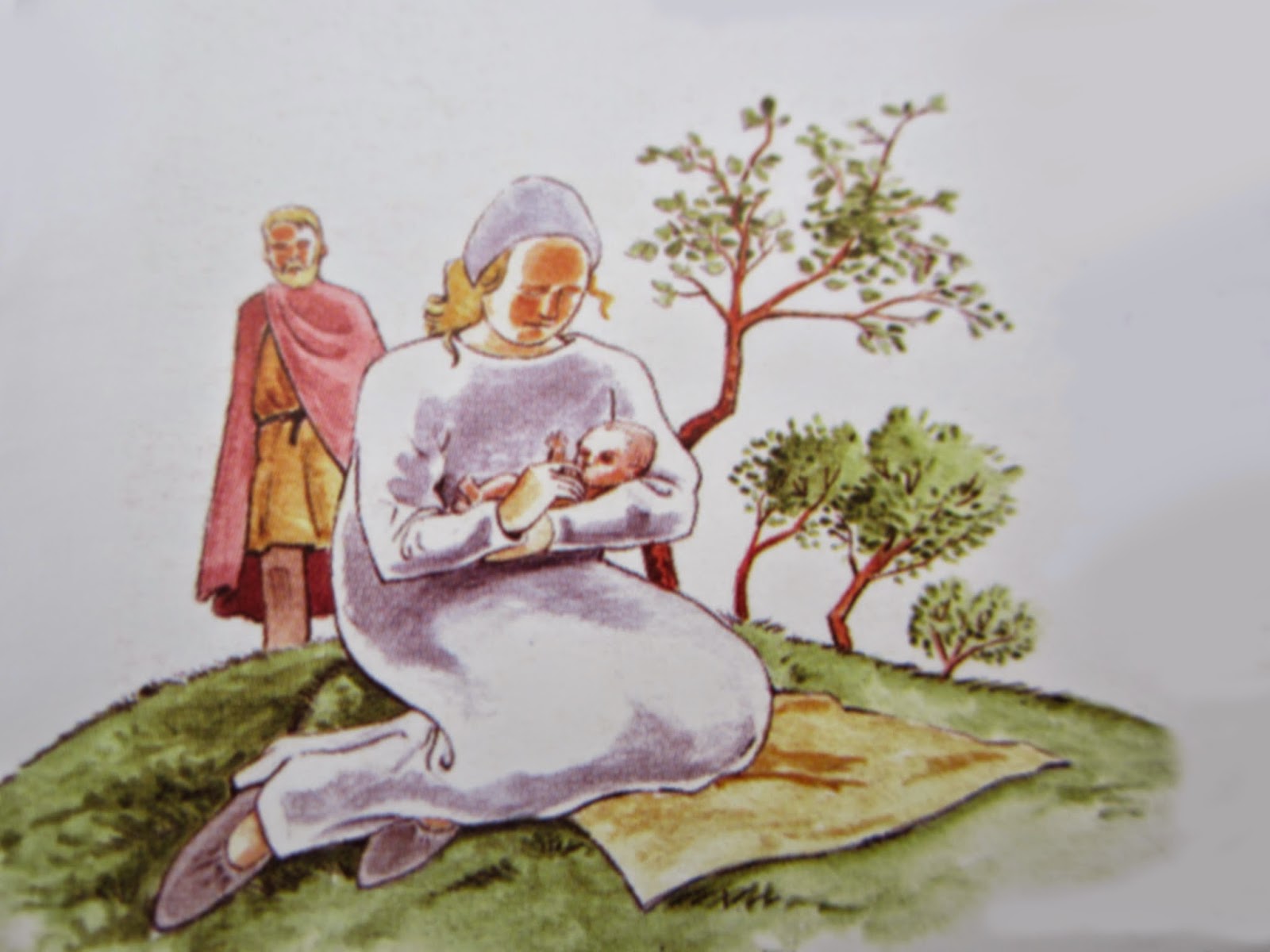 However, there is one striking difference between the Icelandic Saga and the Ponnivala epic tale that must be mentioned. Vigdis is a fertile and compliant bride who raises many children to her husband’s name. Ingimund’s wife is featured at the moment she gives birth to her daughter Thordis. She does this in a heroic manner, by herself, in a copse of trees while her husband stands at a distance. 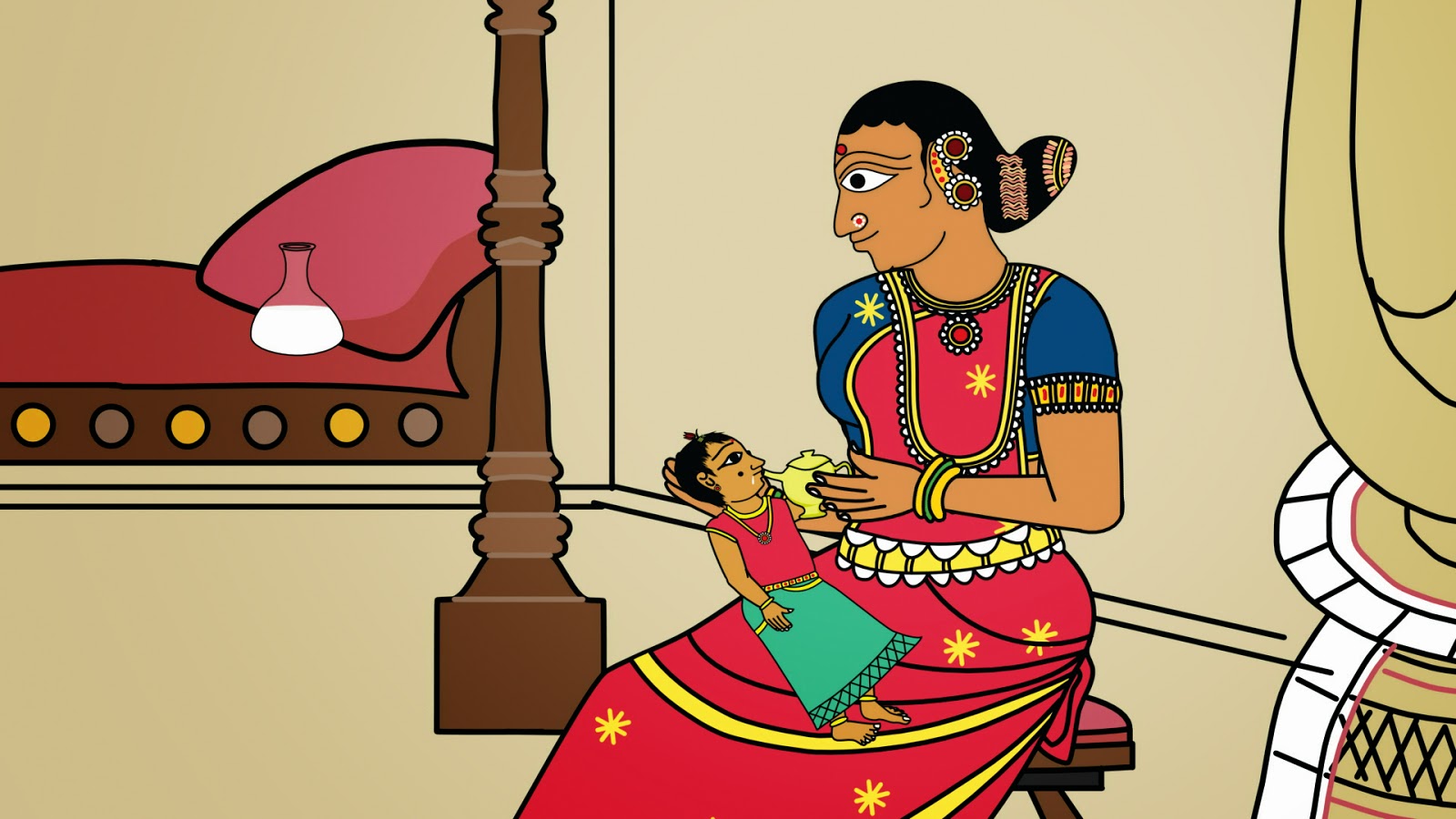 In the Ponnivala story Tamarai gives birth to her precious daughter in her own palace upon returning from a very long pilgrimage. But the bride-heroine in this South Indian case turns out to be barren (due to Lord Shiva having laid a curse on her husband’s family years earlier). Kolatta is thus (technically) the founder of a barren family line. Shiva does this because Kolatta has inadvertently caused the death of nine sacred cows. As a remedy, Kolatta’s son Kunnutaiya is born using a work-around. As the story explains the matter, Shiva’s heart eventually softens and he creates a little boy that he places him under a rock pile for Kolatta to find. When this boy grows up and marries, however, the same curse reappears and is now laid upon Kunnutaiya’s wife Tamarai. Tamarai suffers as a childless woman for years and spends much time seeking ways to obtain the gift of fertility by asking for god’s grace. She feeds beggars, helps the poor and finally goes on a long, long pilgrimage. 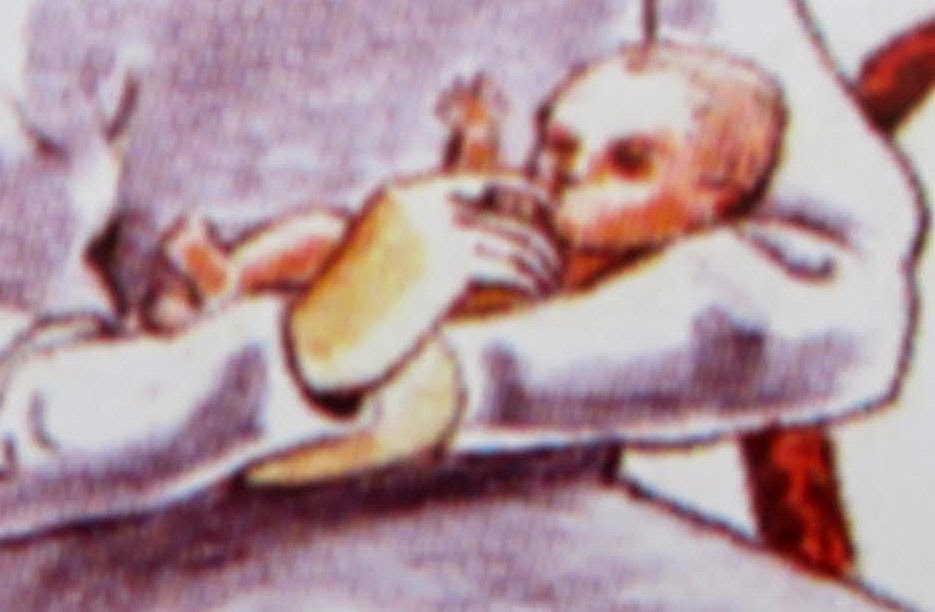 In a sense both heroines give birth after meeting a challenge, but the back story related to this seemingly similar event in the two stories is very different. I mention this because the contrast reflects a significant difference in the two legends. Many children are born in the Vatnsdaela Saga, through many years. All the wives are fertile and not a single childbirth appears to be problematic. In the Ponnivala story, by contrast, every key woman suffers from barrenness and because of this a big issue looms in every generation over who will inherit the family lands. Bearing children seems to be the main function in life for the women of Vatnsdaela. 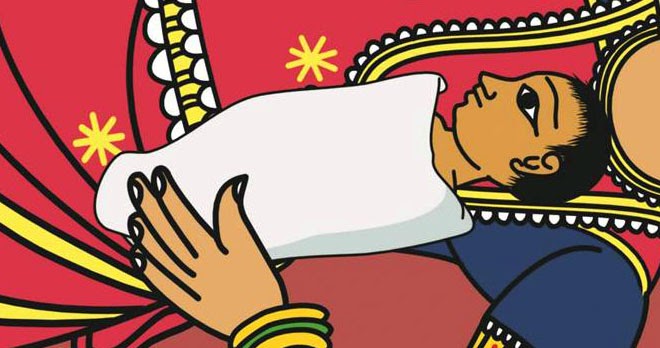 By contrast we see only one woman in the Ponnivala story bear children, and that happens only after a superhuman effort on her part! And even then Tamarai cannot achieve a single childbirth without significant assistance from the gods. The Ponnivala story, therefore, depends on a key story device: an emphasis on female suffering and subsequent divine intervention. Indeed something similar happens to the Ponnivala heroines repeatedly. This core motif reappears for three generations running. In both legends one of a women’s key responsibilities is to bear children who can carry on the family line. But in the Ponnivala tale this is no easy matter. Furthermore, female chastity and self restraint are very big issues in this latter account while neither theme is given much emphasis in Iceland’s Vatnsdaela Saga world.