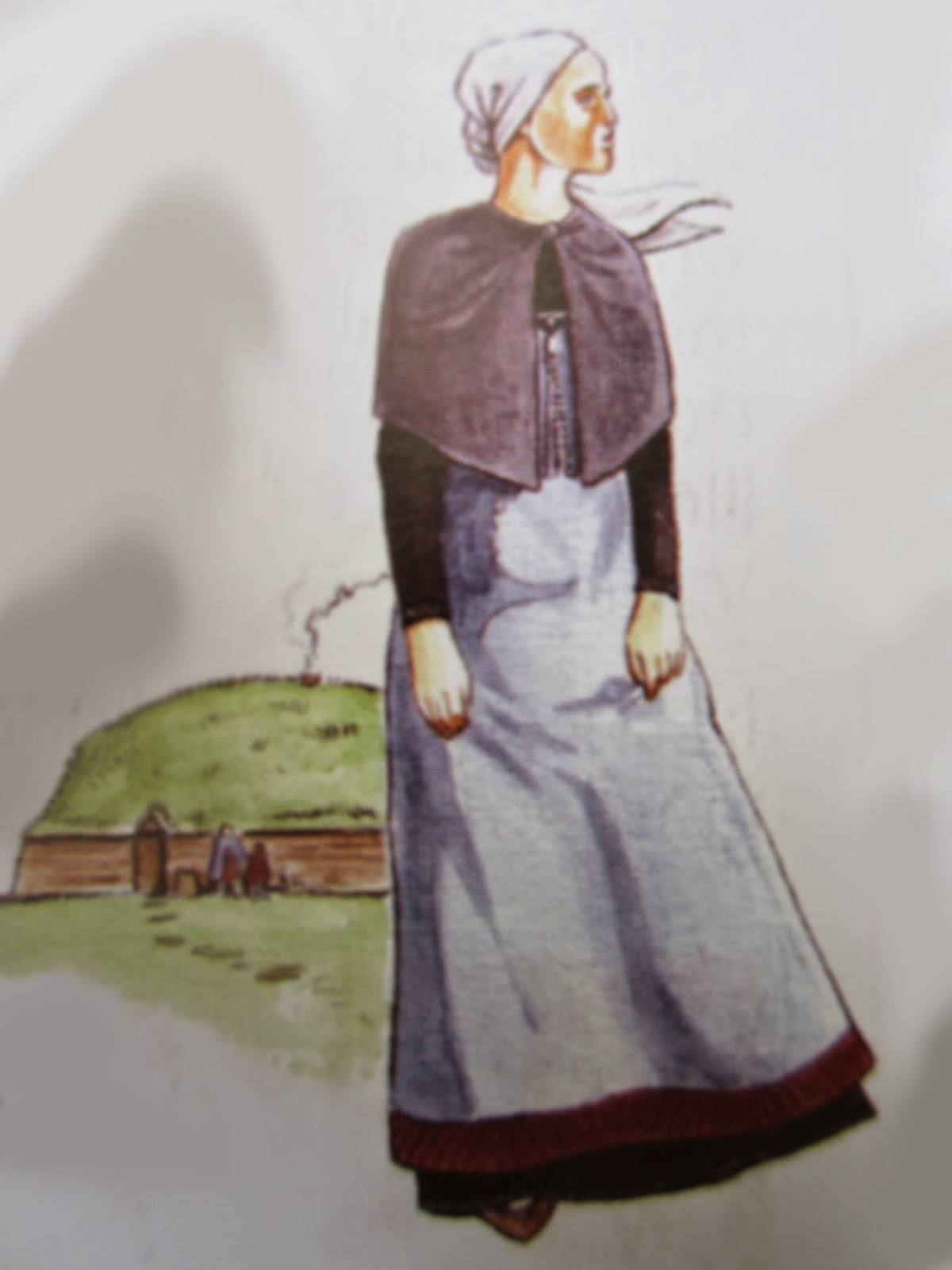 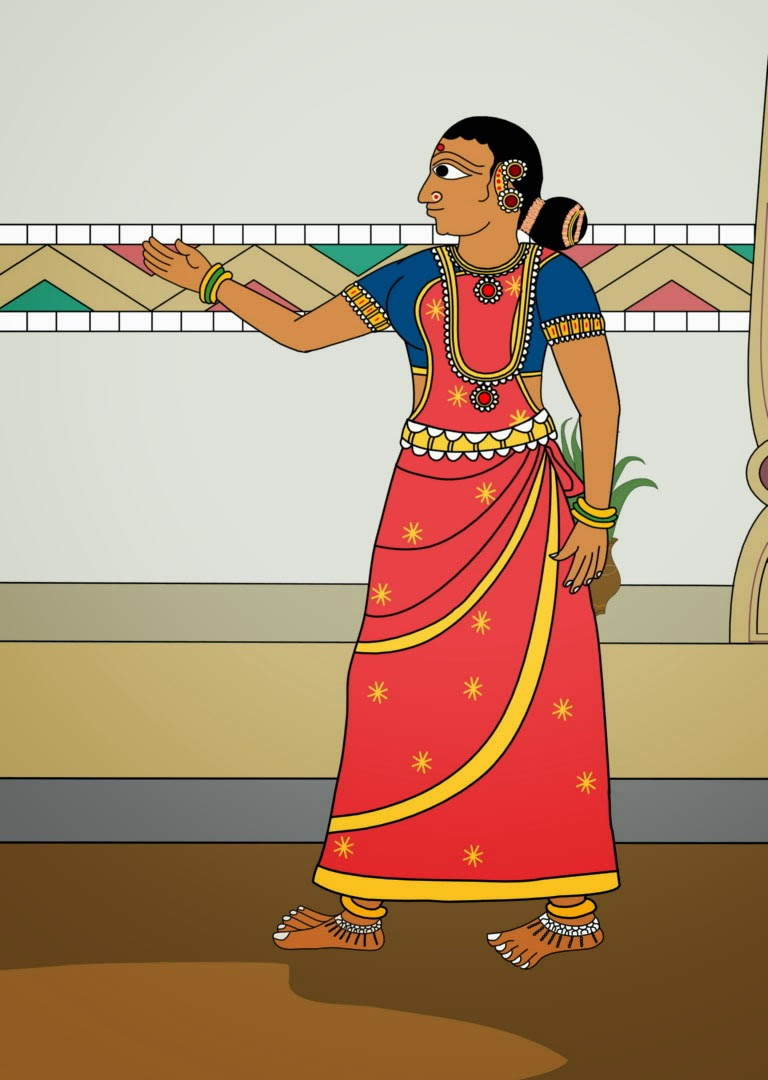 The Vatnsdaela Saga and the Legend of Ponnivala both have a prominent woman who becomes mother to a set of male heroes in the next generation. We know very little about Vigdis except that she is a strong and good woman who undergoes (at least one) childbirth alone in a forest under difficult circumstances. Tamarai is a similarly strong and heroic female. In her case there is much more information provided by the story tellers. She undertakes several difficult journeys on her own and she has a keen perception of situations. Her ability to “intuit” what will happen clearly surpasses any parallel ability exhibited by her husband Kunnutaiya. Tamarai’s determination to bear children is exceptional and sends her on a twenty one year quest to speak with Lord Shiva himself. When Tamarai eventually does give birth to triplets (two heroic sons and one daughter) this birthing scene forms a memorable moment that becomes etched on this epic’s broad canvass. As fatherhood is remembered through leadership and social status, so motherhood is honored in both epics through rich scenes describing courage, self-sacrifice and, in particular, the precious moment dedicated to birthing the next generation. 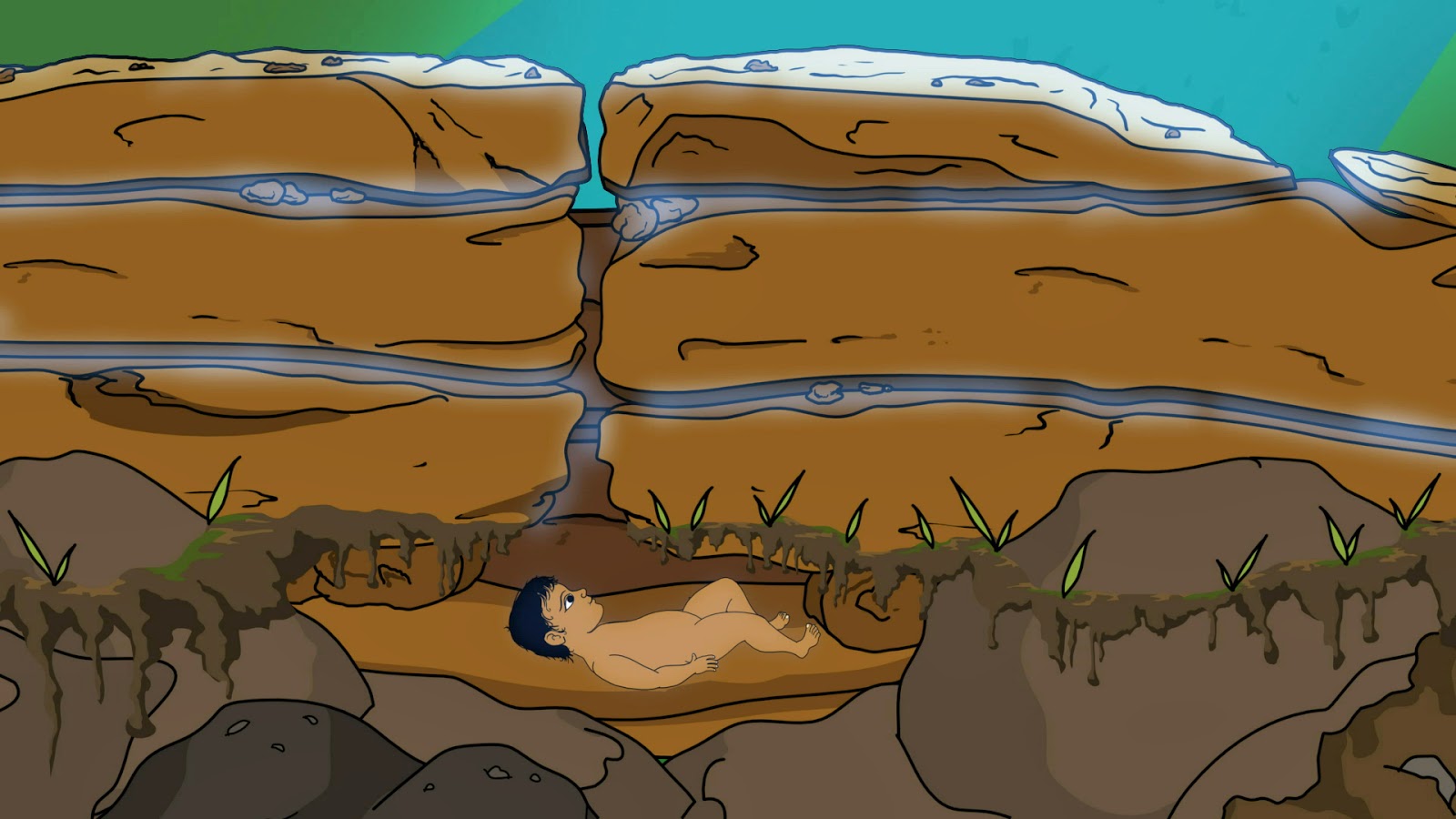 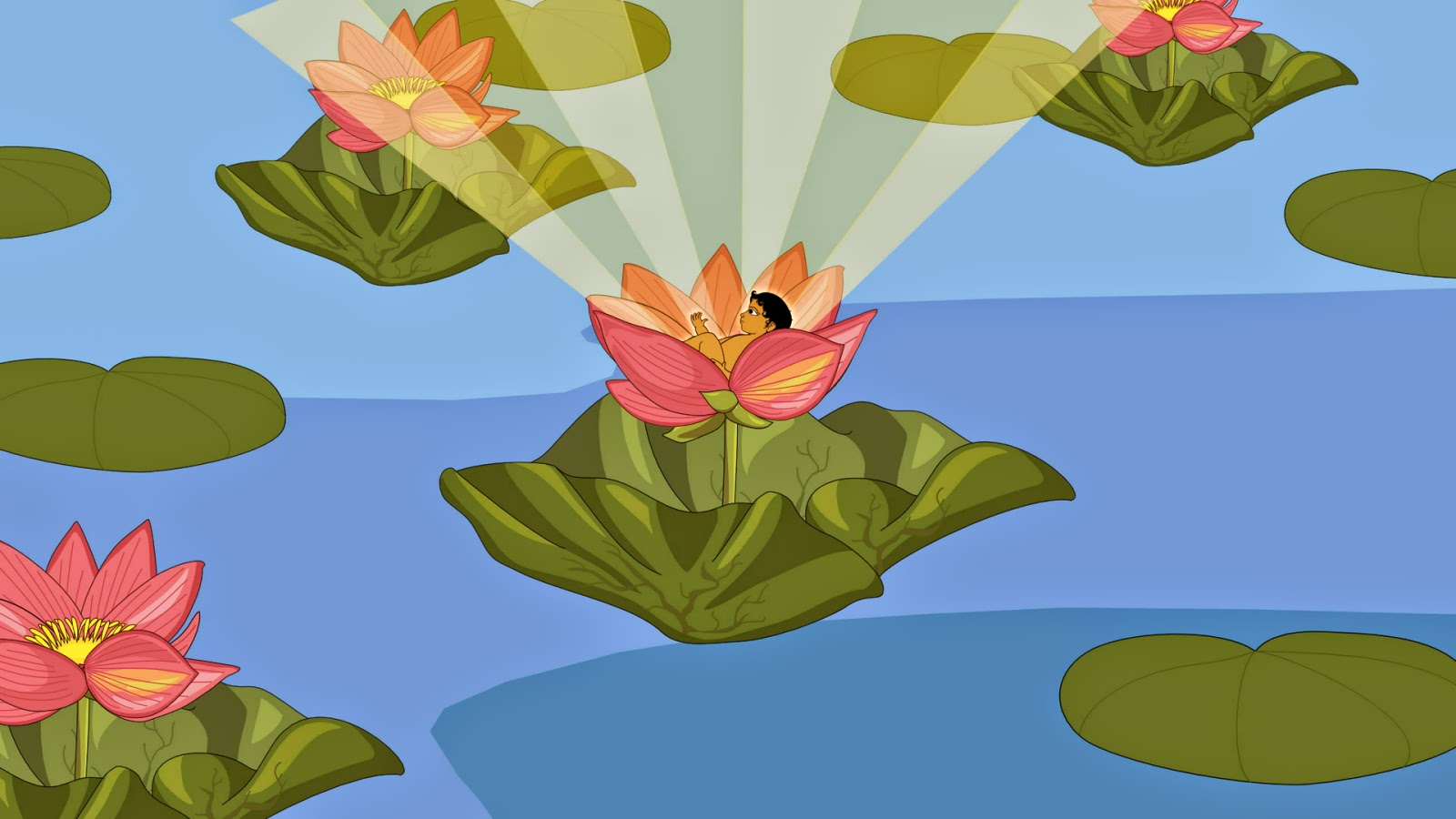 In the Ponnivala story a gender difference can be noted in the birth stories of the key male and female characters of each generation. Kunnutaiya, father of the final set of heroes, is born under a large pile of rocks. Even his name likens him to a large rock pile or “kuundru.” His wife Tamarai, by contrast, is born in the middle of a lotus flower found growing in a pond. Her name is equally significant. It means “lotus flower.” The lotus is a very significant and symbolic plant that grows up from the mud, to reach the surface of the water that nurtures it. The lotus plant has a single flower that sits atop a long stem, as if on a pillar trying to reach into the sky. Tamarai is described as sitting on a pillar for twenty one years, later in her life, trying to reach Lord Shiva’s heavenly Council Chambers.

In the next generation we again see a gender contrast in the birth stories of the twin males Ponnar and Shankar, and their sister Tangal. The two men are born first, exiting the womb in a magical fashion with Lord Vishnu’s knife allowing them to emerge directly from Tamarai’s two sides. At birth these boys can already walk, and jump. They carry small metal weapons, are clothed in shorts. They are also instantly able to speak. By contrast, their sister, born after these two males leave the scene, enters the world in a totally “natural” way. She simply emerges from under her mother’s sari-skirt. Tangal looks like a normal, nude human baby. She does not hold any magical objects nor can she speak. This little sister is quickly swaddled in a simple white cloth and handed to her mother to hold. She is nursed by her mother. The two boys, on the other hand, are whisked off to a secret cave situated under the temple of the family goddess. There they are raised for five years by a “divine” female who feeds them tiger’s milk. In both generations, then, the male heroes births are described through visual metaphors that rely on “hard” images (stones, knives and vicious tigers) while the females become immediately associated with “soft” images like flowers, white clothes and mother’s milk. 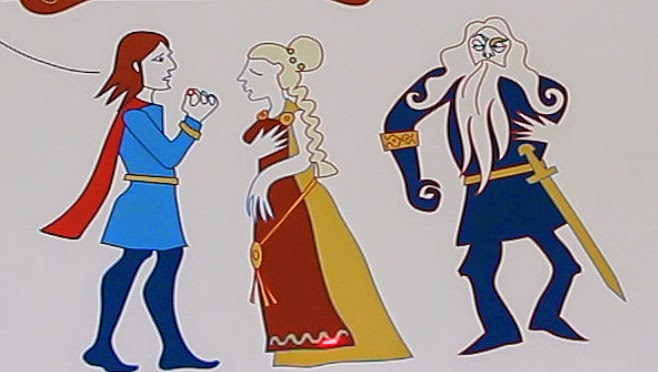 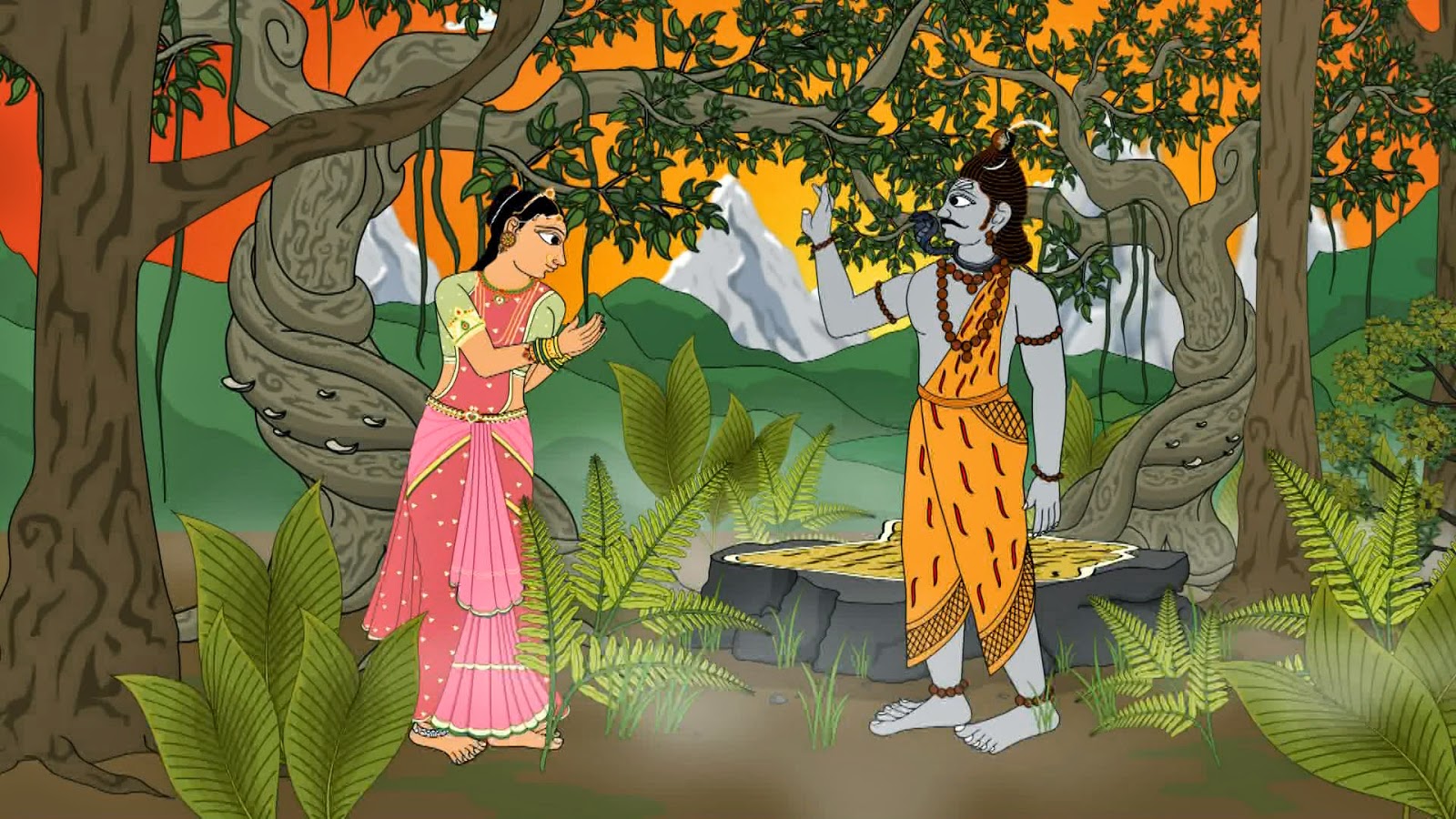 There is a long tradition, seen in many cultures, of women acting as intermediaries in both these stories. There is one good example in the Vatnsdaela Saga and many in the Ponnivala Legend. In Vatnsdaela there is enmity between the hero Ingimund and the father of the woman he wishes to marry. This is because Ingimund earlier murdered this man’s son, his hoped-to-be-bride’s brother. But the bride’s mother then intercedes on Ingimund’s behalf and manages to tame her husband’s animosity. The wedding proceeds. 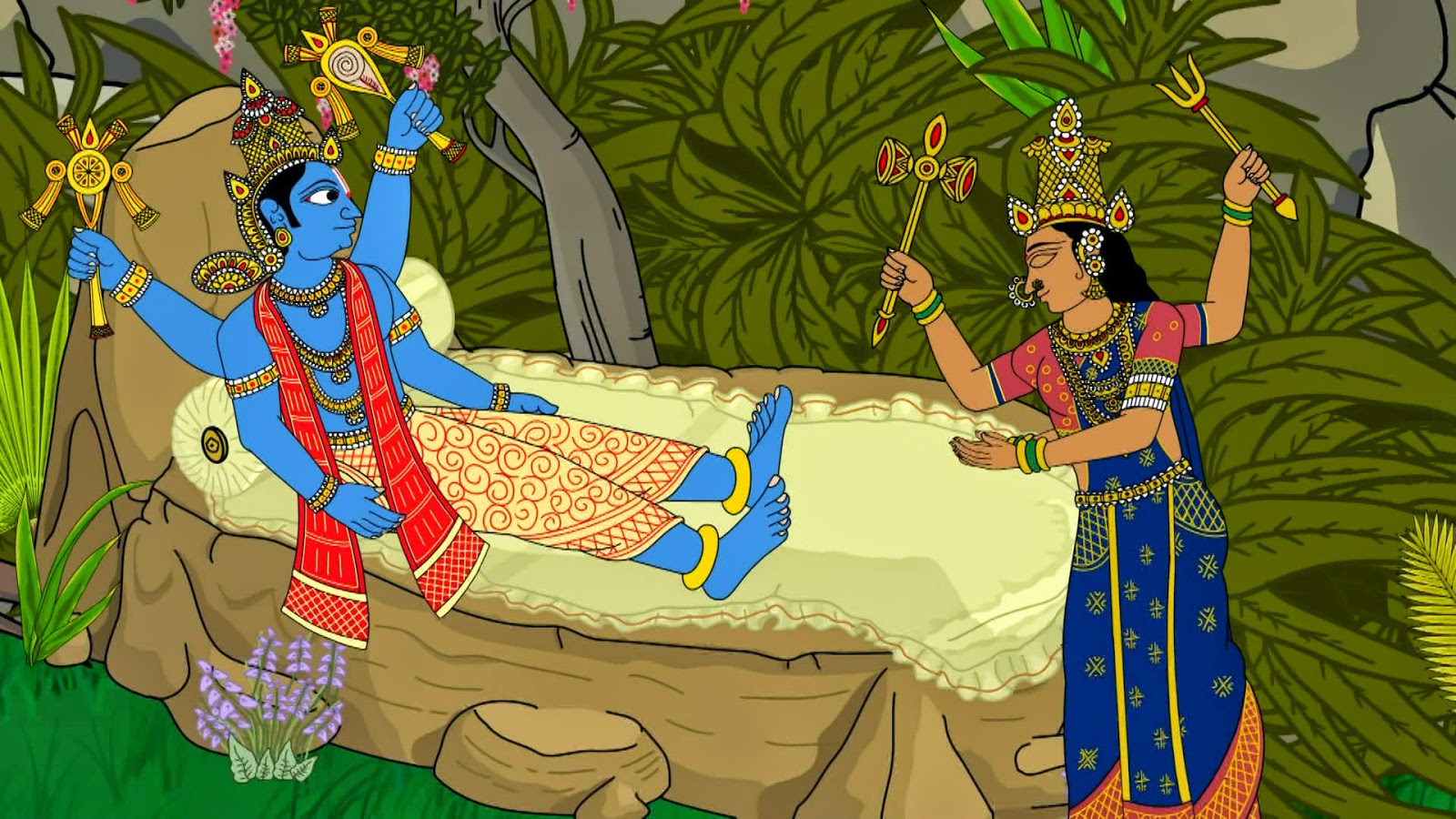 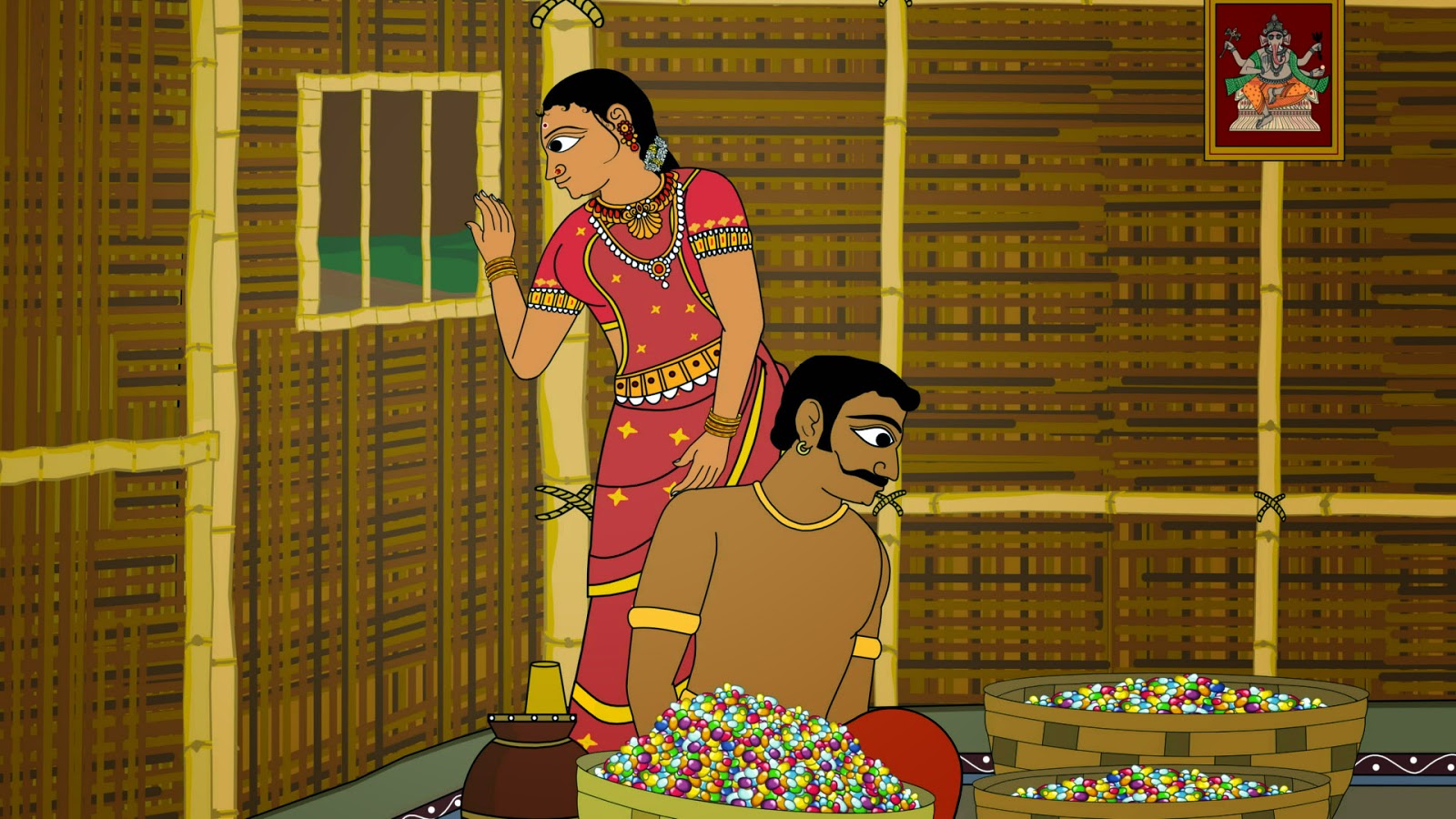 In the Ponnivala case a direct intercession by a female advocate also occurs. Now this lobbying occurs mainly at the level of the gods. For example we see the goddess Parvati speaking to her husband Shiva at the request of her brother Vishnu and also the local goddess Celatta (a form of Parvati) speaking with Vishnu on behalf of the hero Kunnutaiya. Later in the story Kunnutaiya’s wife Tamarai “advocates” on the behalf of beggars, persuading her husband to soften his resistance to her spending the family fortune. She is determined to give all of them alms. This pattern of providing go-between services is less pronounced in the next generation where both key females (Tangal and also her hunter counterpart Viratangal) operate more as visionary advisors. Each seeks to collaborate with their brothers rather than to be an advocate of the interests of another. As sisters rather than wives their role is limited to handing along useful information to a key male who will (in a sense) act on their behalf. As “seers” both these Ponnivala women have visionary access to situations that have evolved at a distance, outside the palace. Speaking abstractly, we can see both these young women “mediate” between outside and inside points of view.