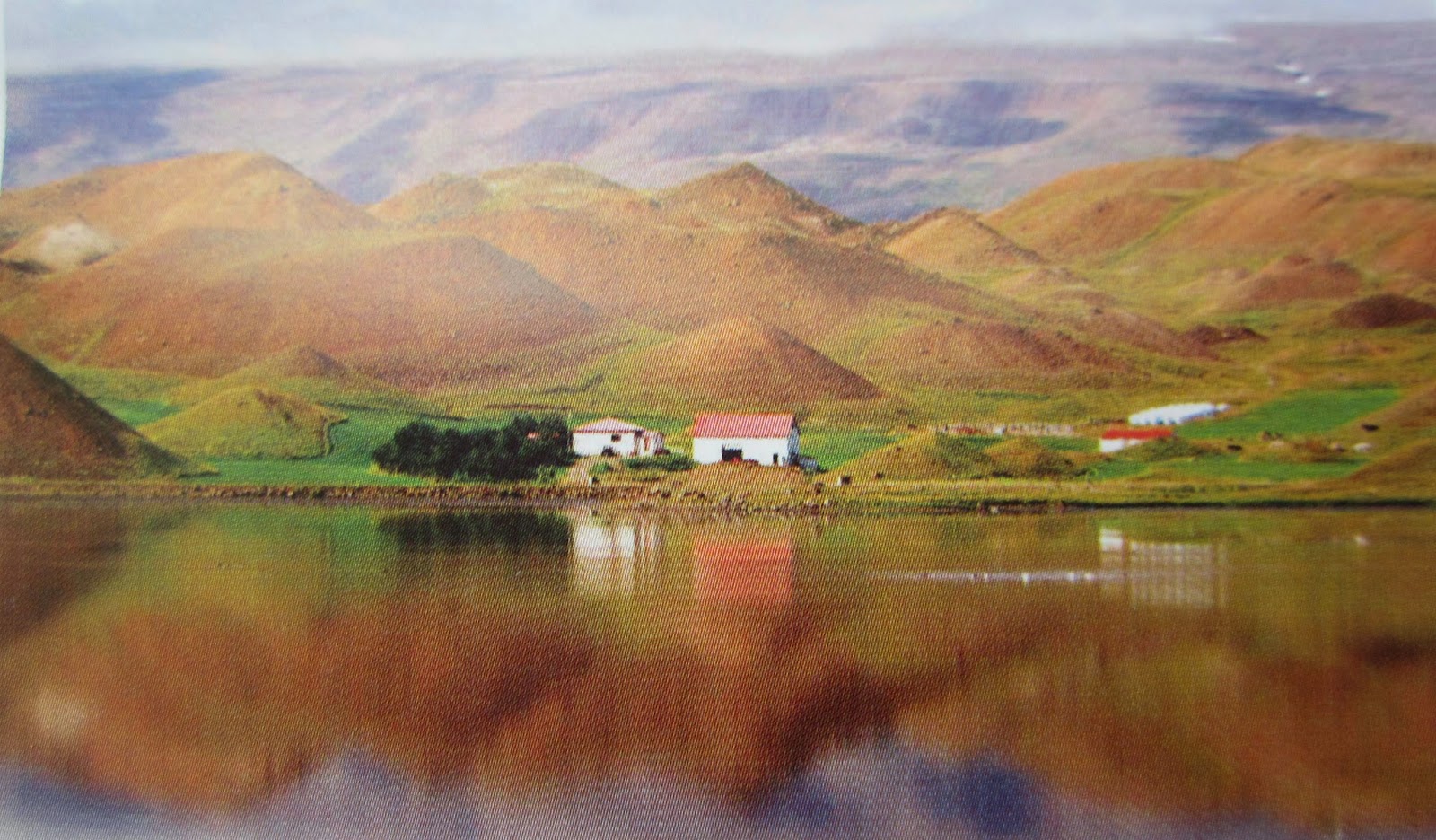 In the Vatnsdaela epic the heroes’ family homestead is clearly linked to water. Even though this is a modern photo of the Vatnsdal valley featured in a brochure it captures the homestead “look.” The same photo also links this homestead ideal to a beautiful body of water known as the Vatna Fjord which has an attached inland bay called Hop. This is a peaceful and beautiful scene Water is the key and so is the sense conveyed of the heroes’ original, serene homeland. 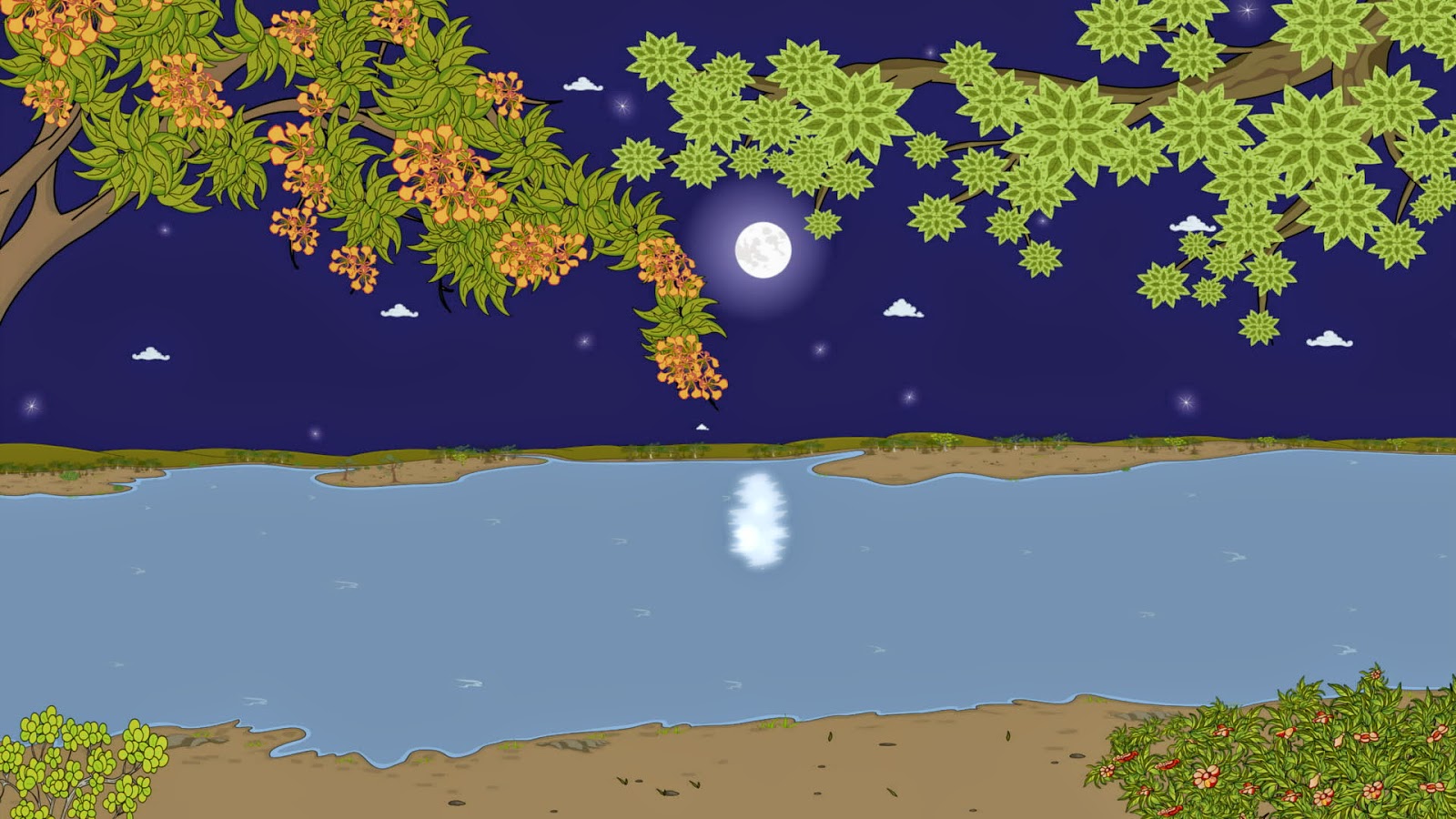 In the Ponnivala story similarly, the Ponni river is key to the heroes’ pride of place. Again this body of water is portrayed as peaceful and silent. Like in the Vatnsdaela image, the lighting captured by the artist is lovely. Now we see a calm stretch of water under a full moon. The Ponnivala heroes’ homestead is not right on the riverbank, but still many activities take place here: ceremonial bathing, drinking water collection, travel and the like. In both epics the very name of this lovely water body is both key to the story itself and is also central to the story’s name. Identity, water and prosperity all blend in these two epic tales. This is the center, the core, the symbolic life-blood referenced by both heroes’ family lines. 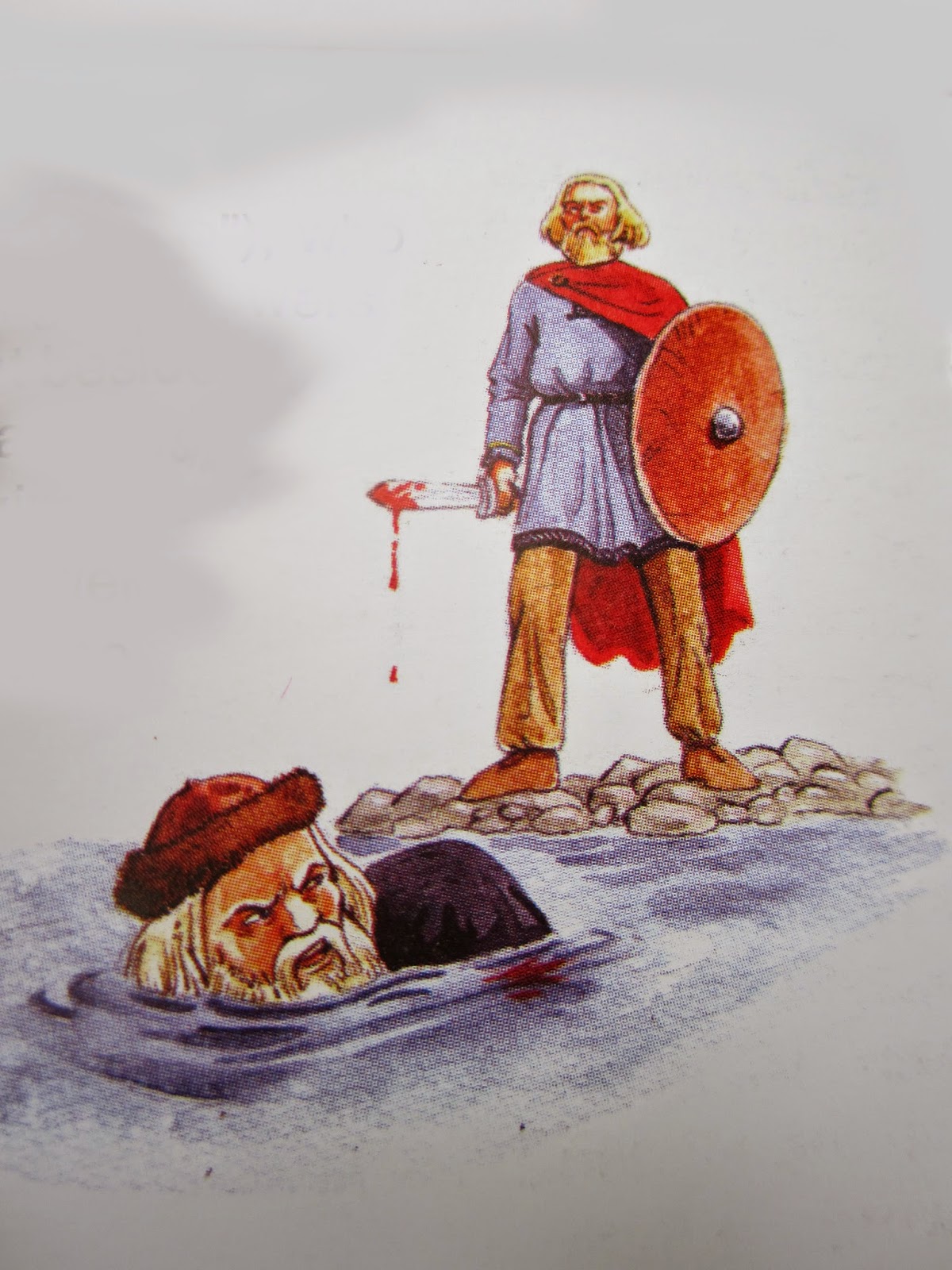 Perhaps not surprisingly, water also serves as a place of death in both stories. In each a key villain is slain and left to die in the water. In picture one we see an enemy who had negative magical power fleeing from the hero Jokul by diving into water. Interestingly, this event is said to have happened next to a small river-stream located on the boundary of the area and not at its core. The victim is also a deserter, having fled from an earlier confrontation. In both ways then, a fall into water happens to a liminal character in a liminal place. This man, known as “Leather Cap” is unsuccessful in his escape attempt. Jokul has already cut off his buttocks with his sharp sword. The villain soon dies, in the water, from the severity of this wound. 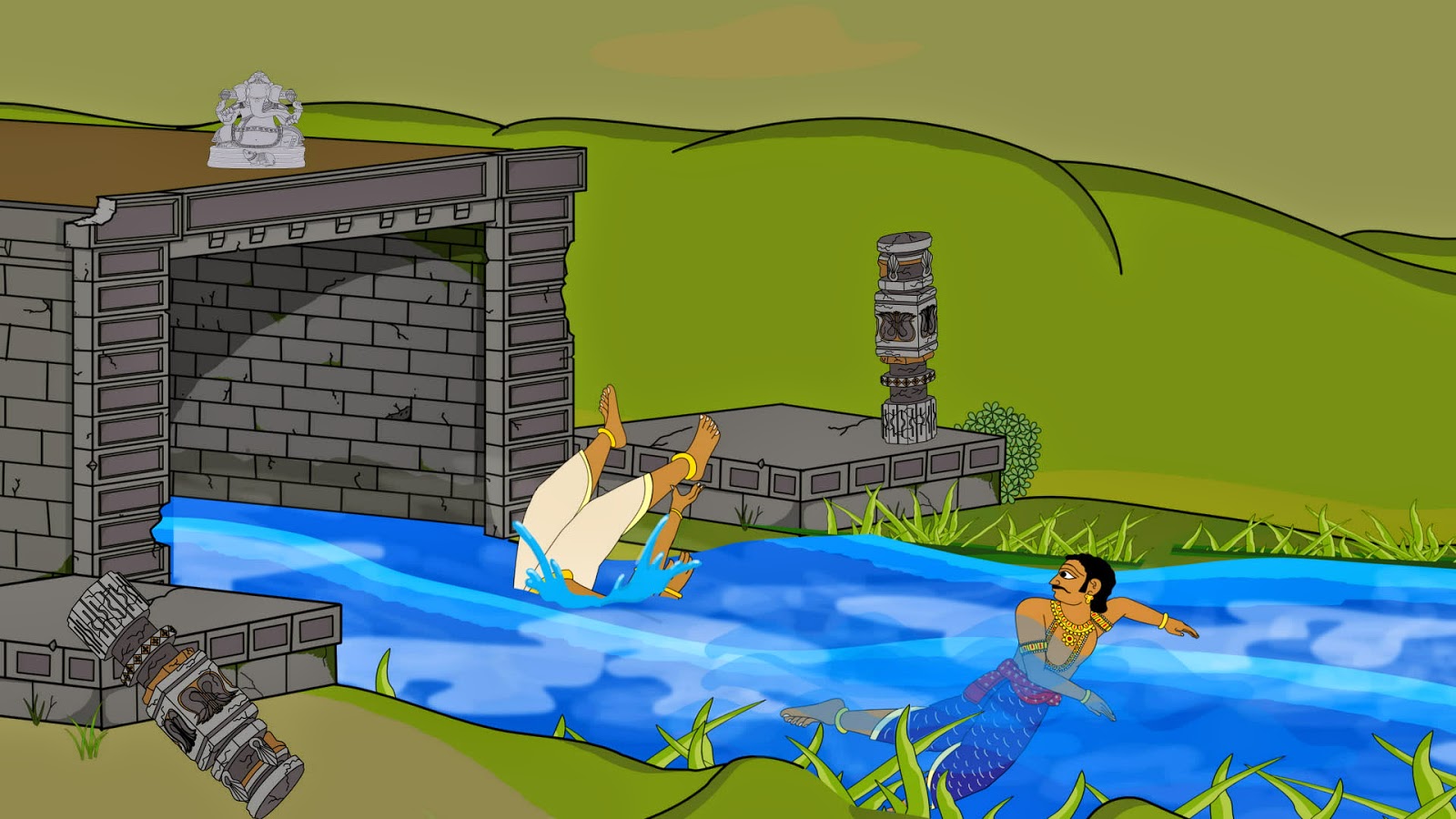 In the Ponnivala story there is a similar villain. He is an artisan who has lied to the story hero Ponnar (a son of Kunnutaiya and a grandson of Kolatta). This artisan has insisted that Ponnar swim through the family’s irrigation sluice (a dangerous task) as proof of his claim of innocence. Ponnar does this and survives the trial. Meanwhile his younger brother Shankar (this story’s equivalent to Jokul) rushes to the scene on his horse and throws his magical sword. The artisan had been trying to kill Ponnar by dropping a heavy statue on his head as he swam out the exit gate of the long tunnel. But Shankar’s sword beheads him first. The artisan falls into the stream of fast moving water just behind Ponnar and dies. Again the location is liminal. This irrigation sluice is described as located right at the edge of the heroes’ farmland, and at the edge of the forest. And again the villain dies in water, almost as if that sacred liquid can cleanse and reverse the evil magic involved in the bloody death event itself. Some folk motifs are worldwide, but here even the underlying logic of the two stories seems to match in a surprising way!