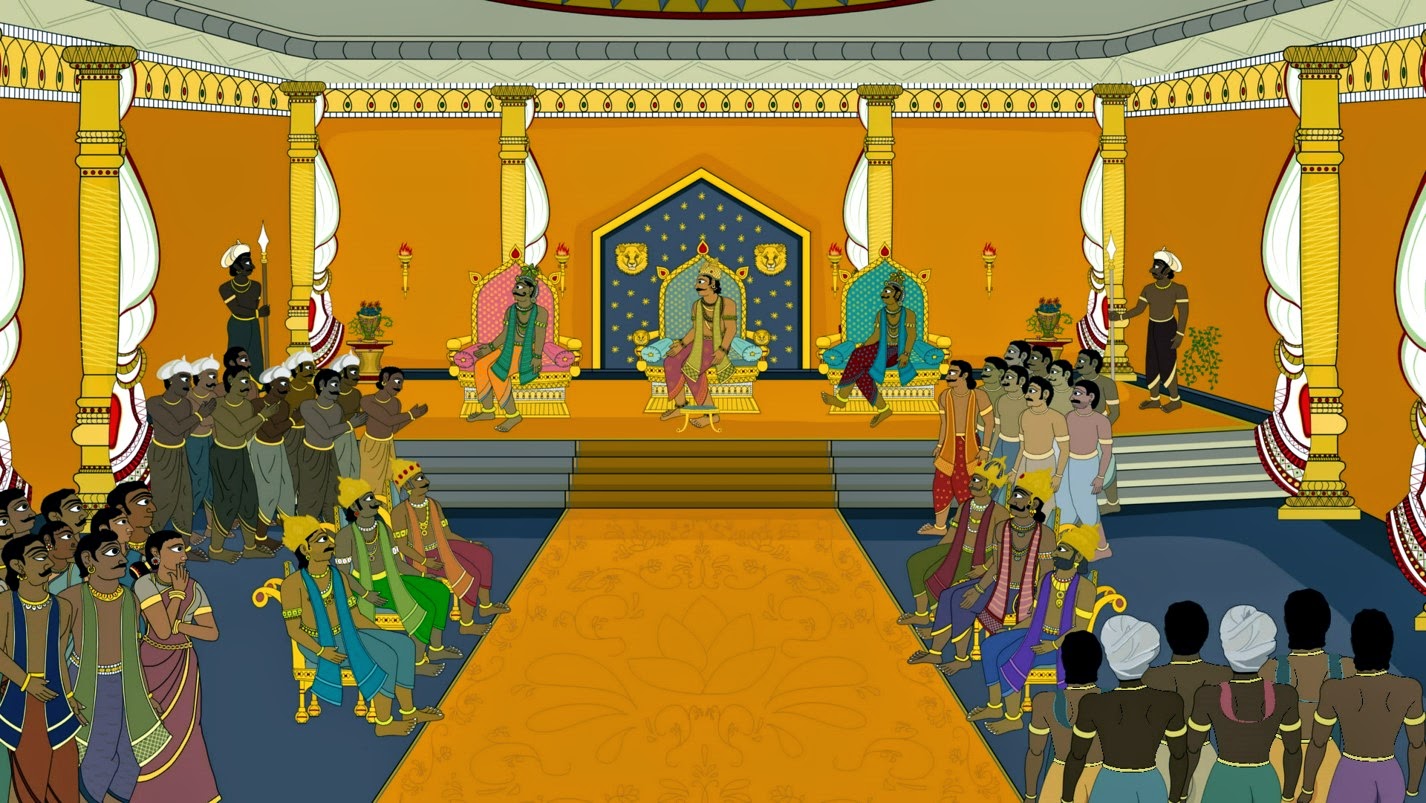 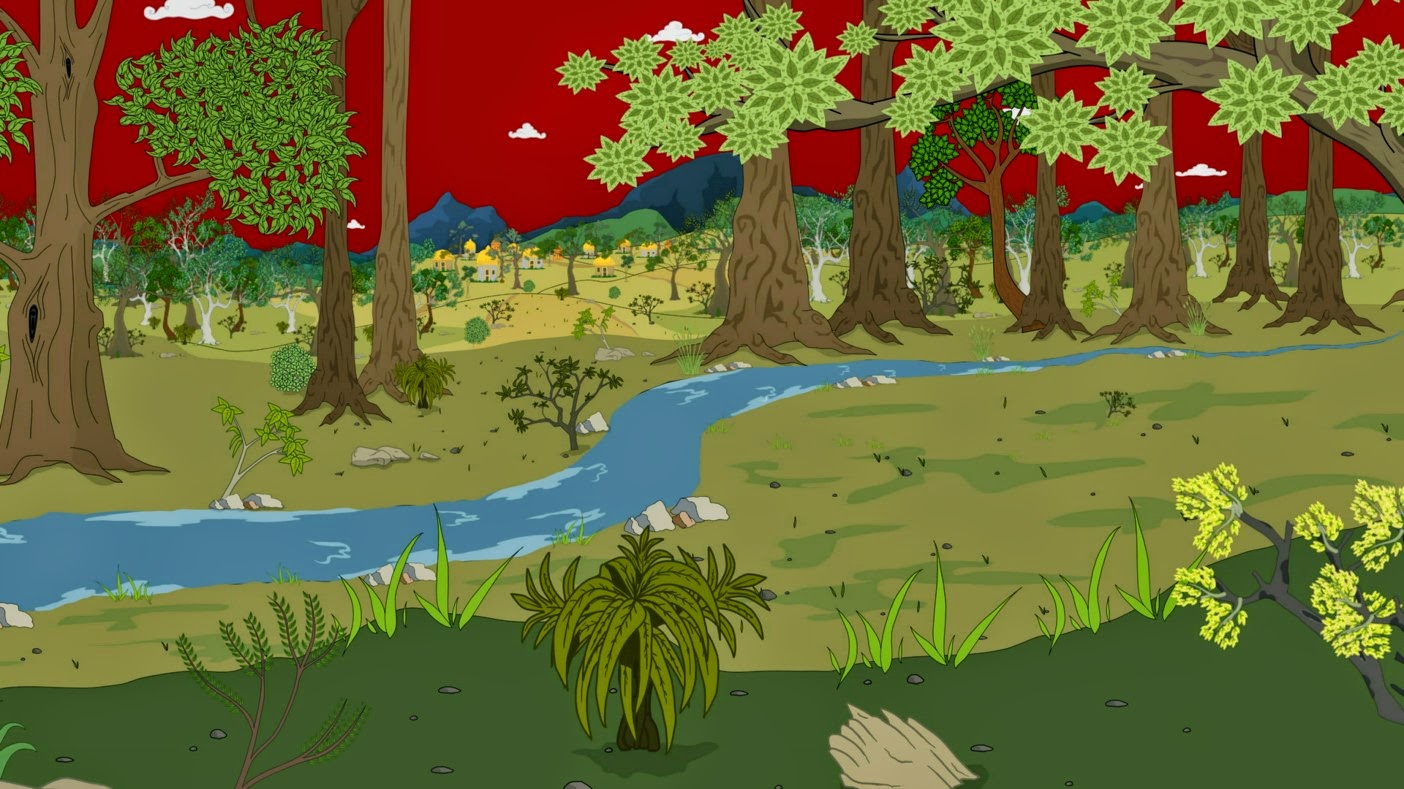 There are already people in Ponnivala who do not welcome these newcomers. 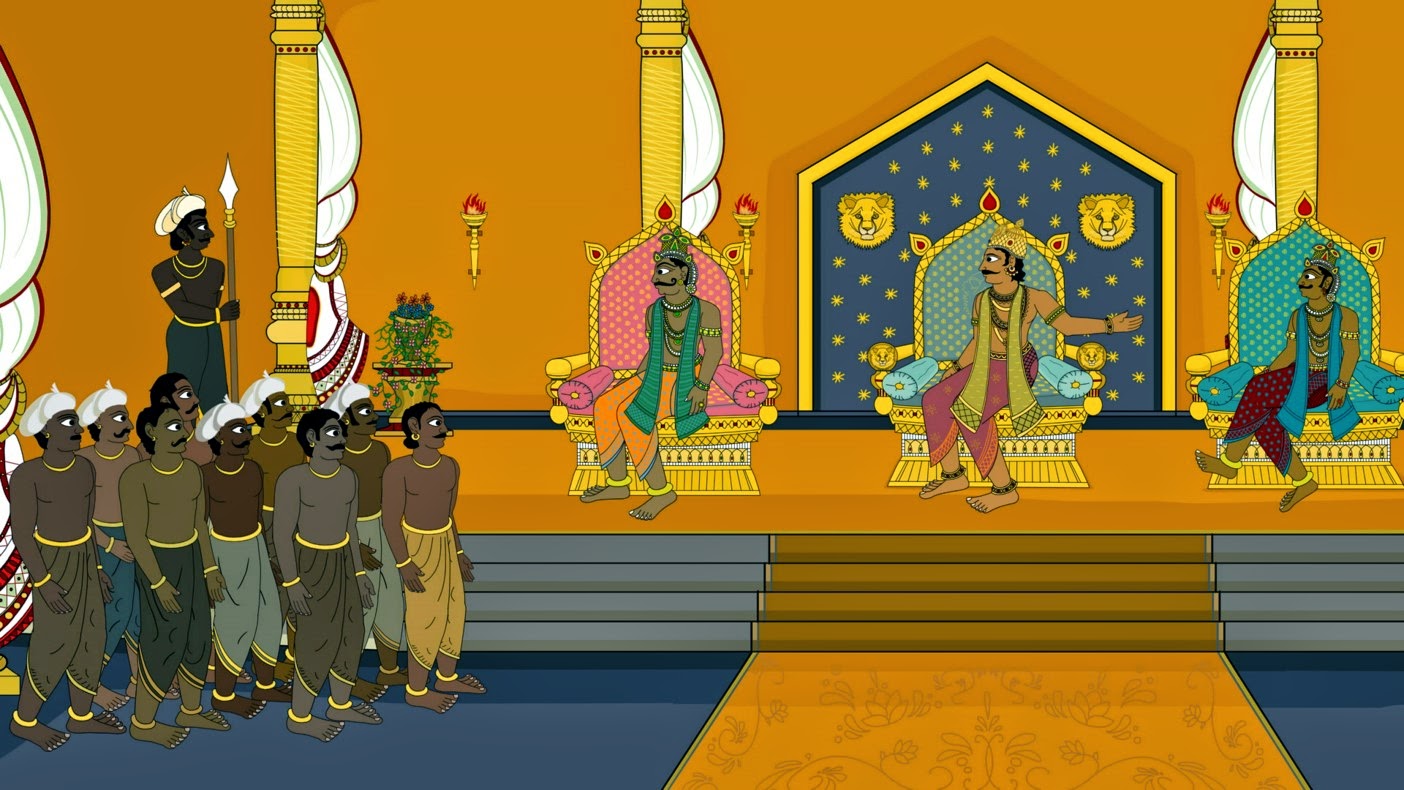 The artisans hear that rights to farm the lands they live on are about to be granted to new comers. Angry, they complain to the Chola king. 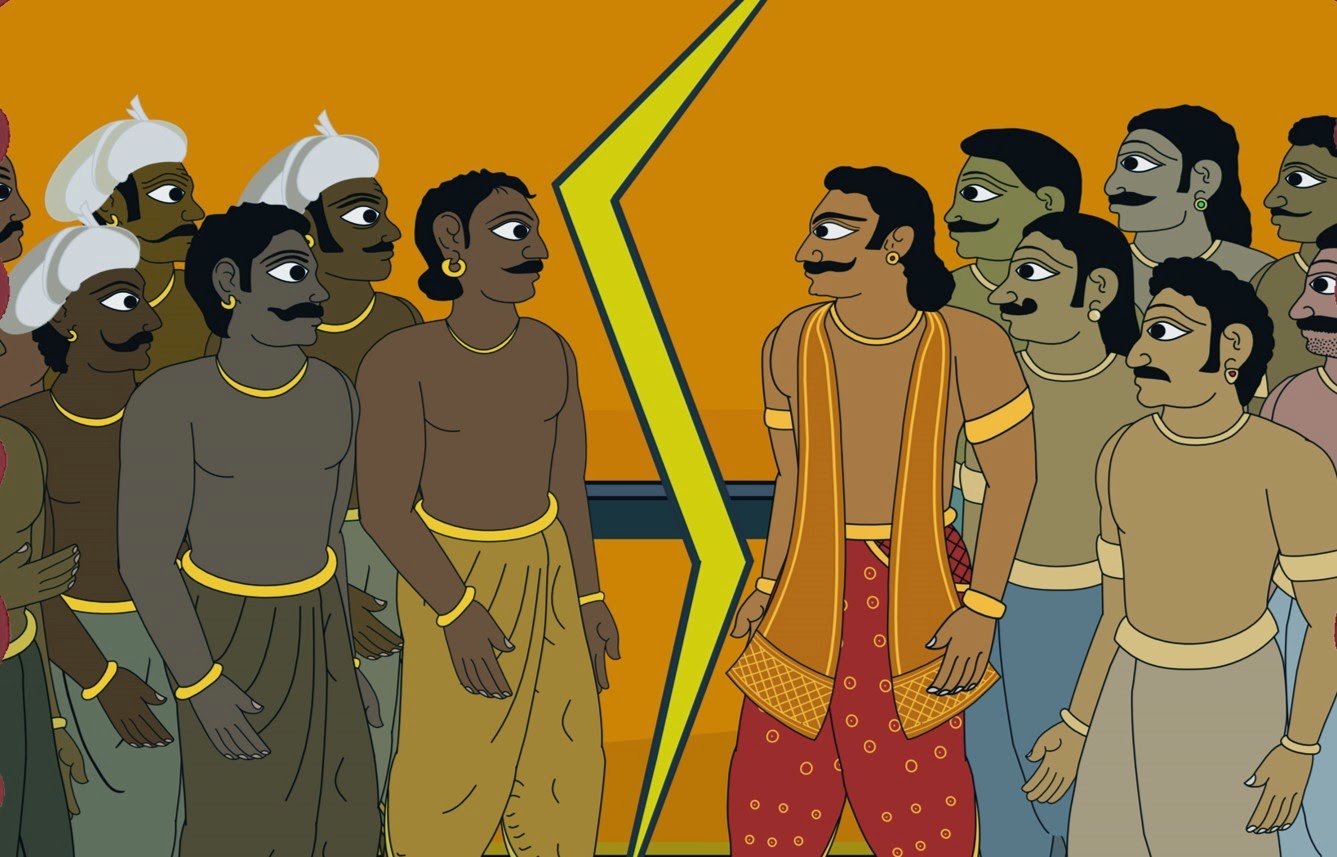 As a result there is a major standoff. Eventually it is decided that a great public contest will decide the matter. 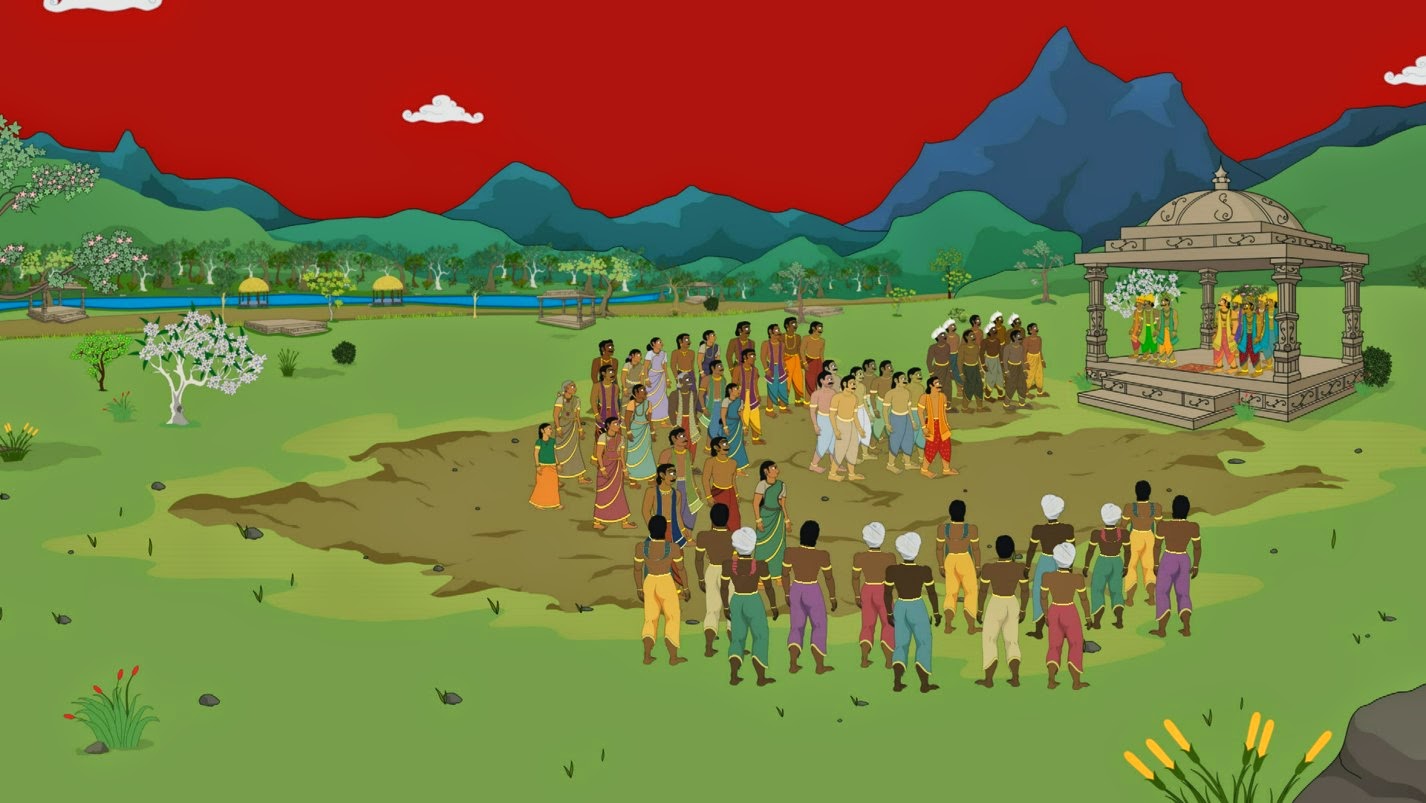 The two antagonistic groups gather for the big event. 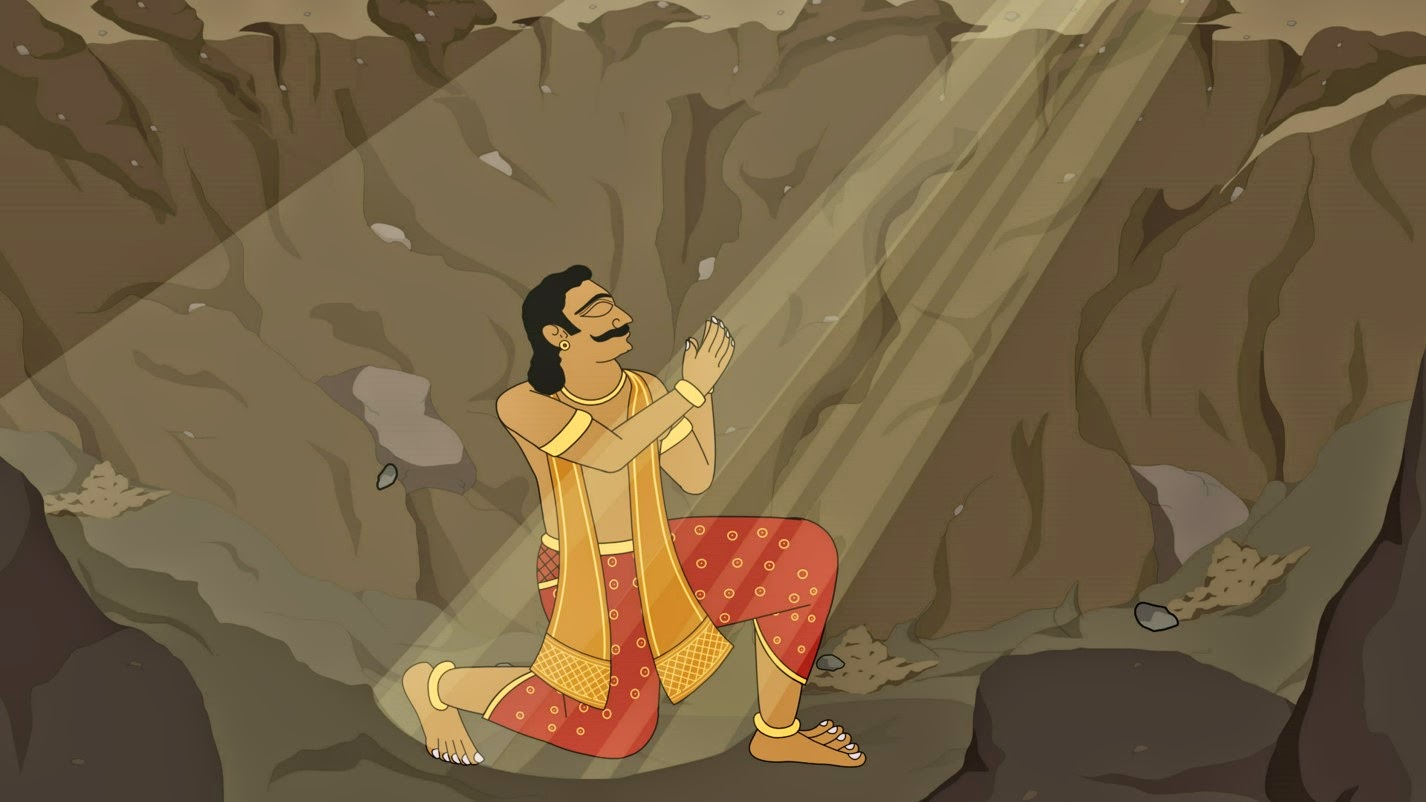 Lord Vishnu then places Kolatta under the earth at a key spot very near the river. This waterway is very important to Ponnivala. Choosing this spot helps to identify Kolatta with the land. 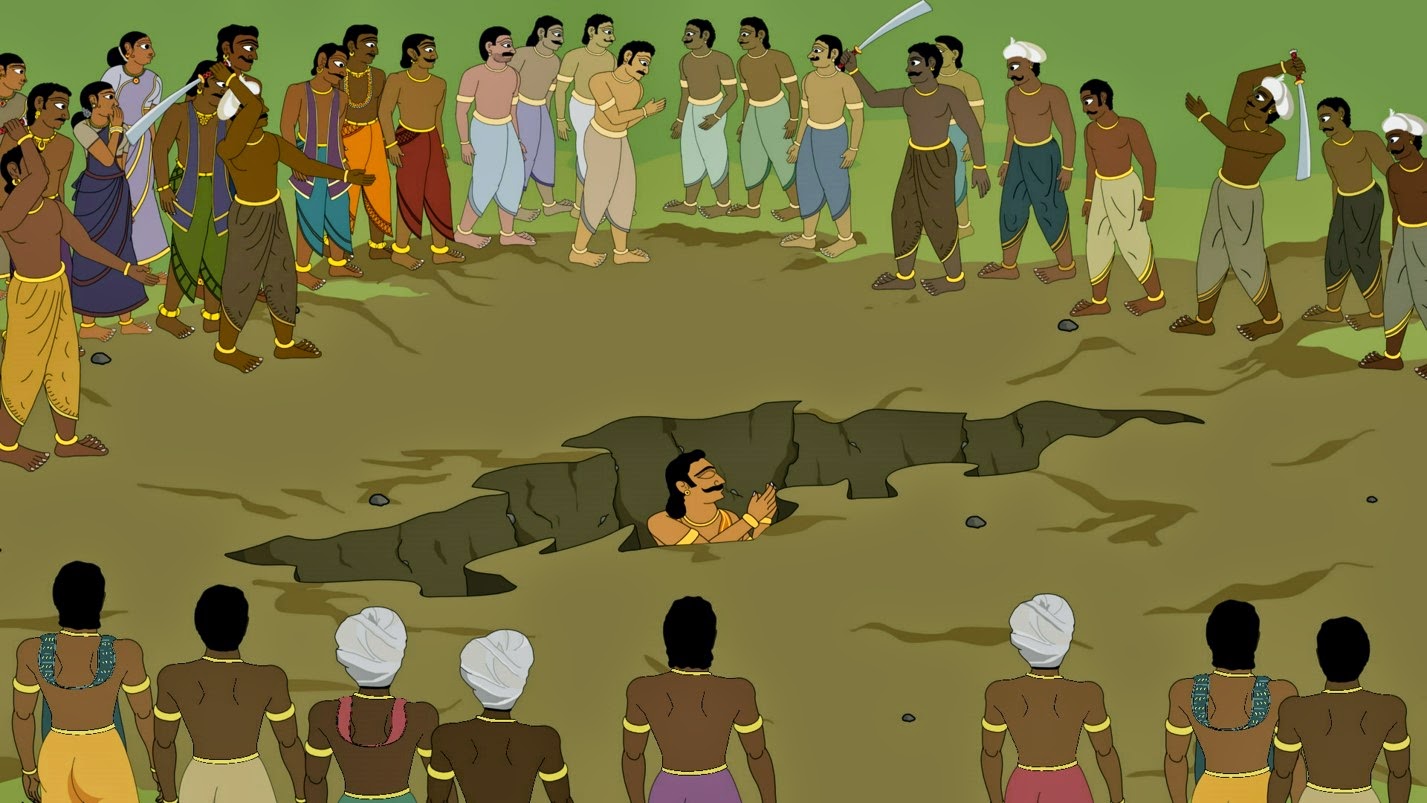 Then Kolatta is made to rise up gradually while the artisans try to behead him by throwing swords. 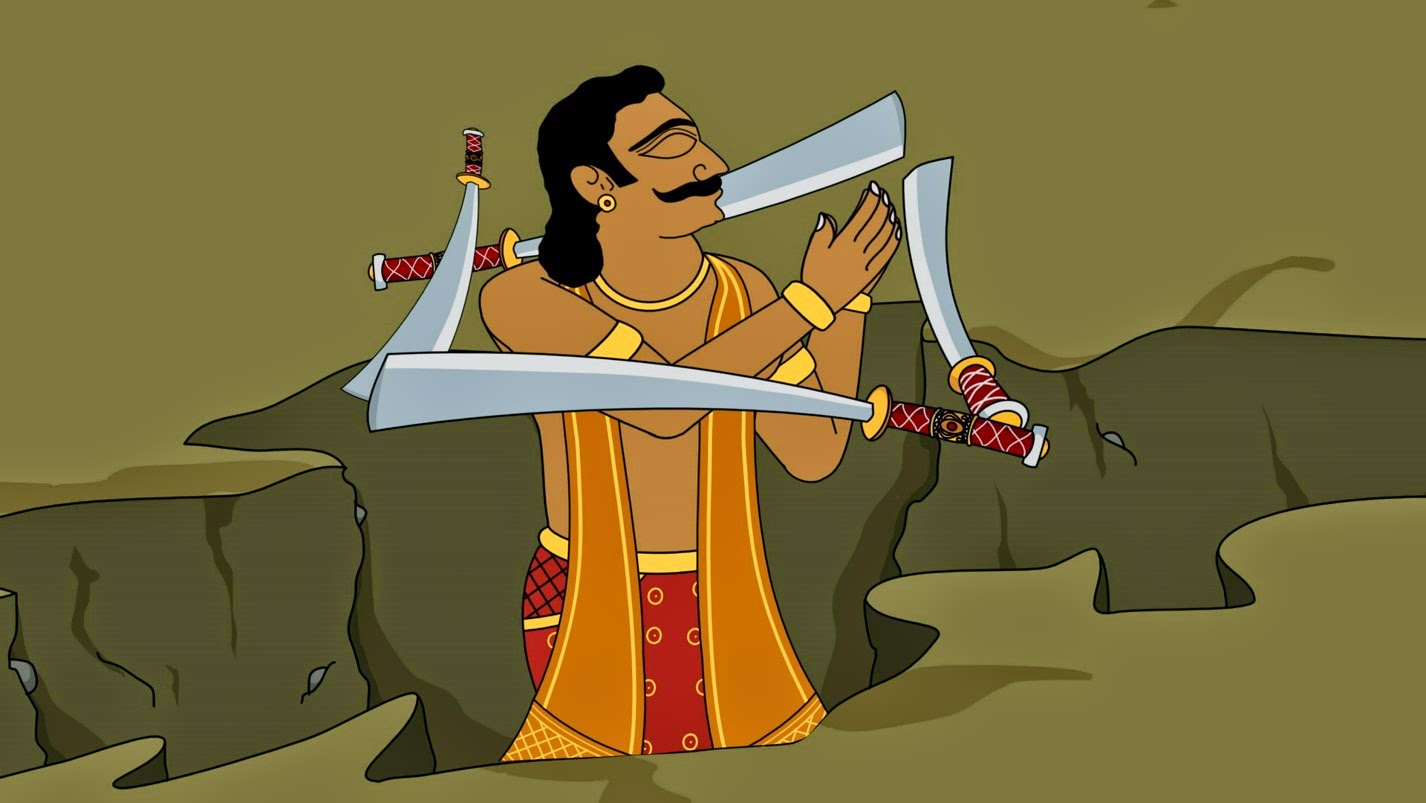 The artisans try their best but Kolatta emerges unscathed. 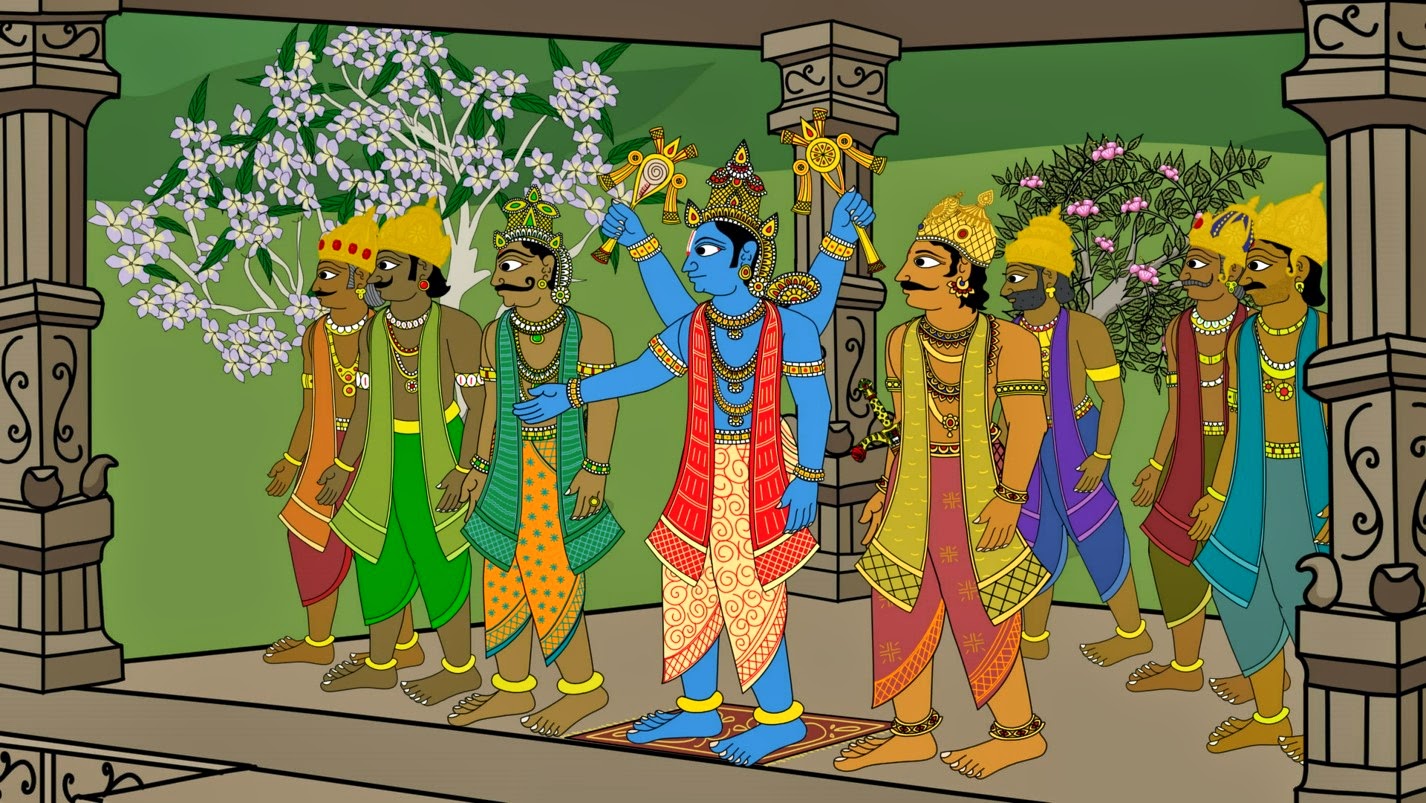 Lord Vishnu, standing between the Chola king and other important dignitaries, declares Kolatta the winner. 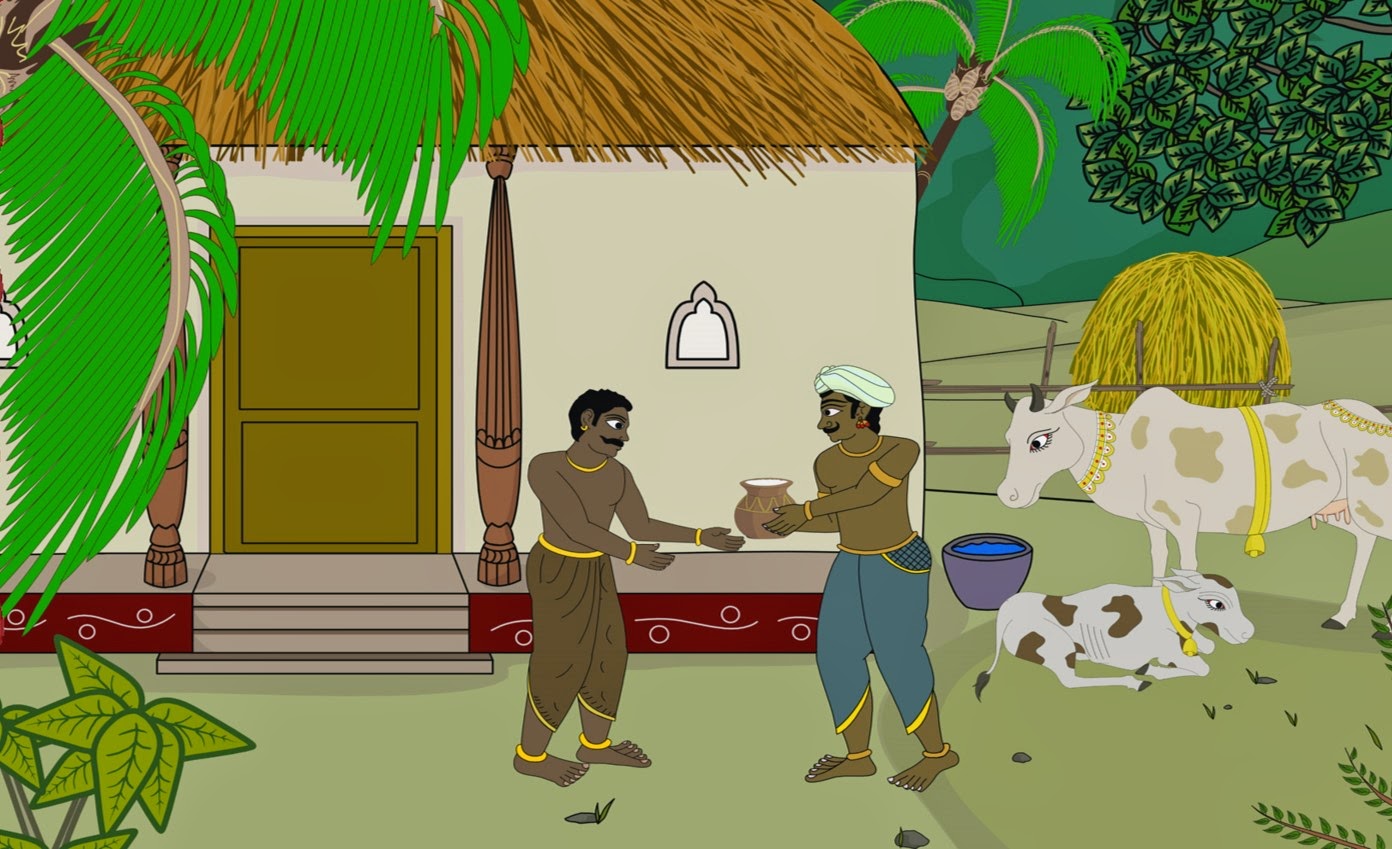 The outcome is a social contract. The farmers will pay the artisans for their work with fixed amounts of local produce. Social life in Ponnivala will be governed by rules. 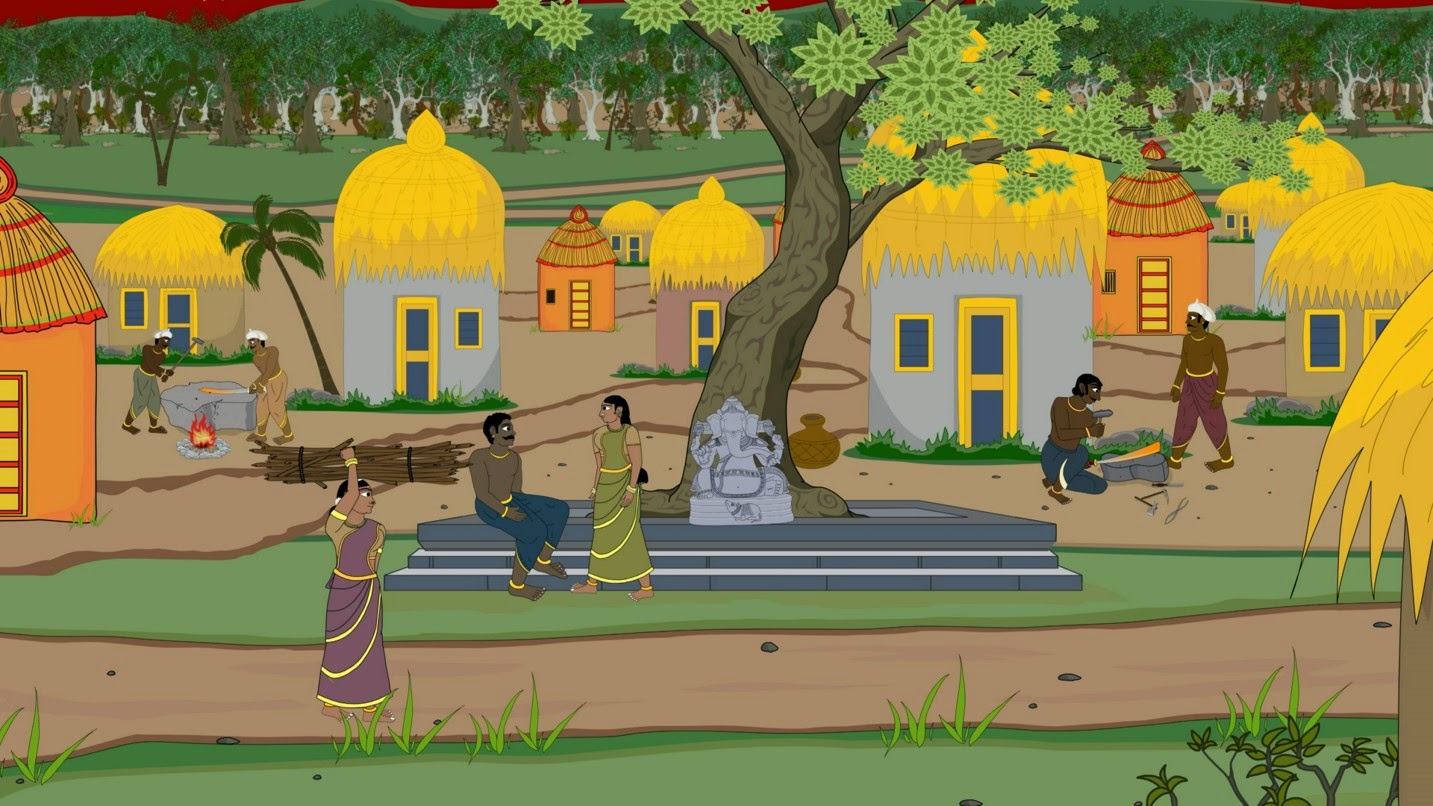 The local artisans agree to this new rule of law, though underneath resentment between the two groups continues to simmer. 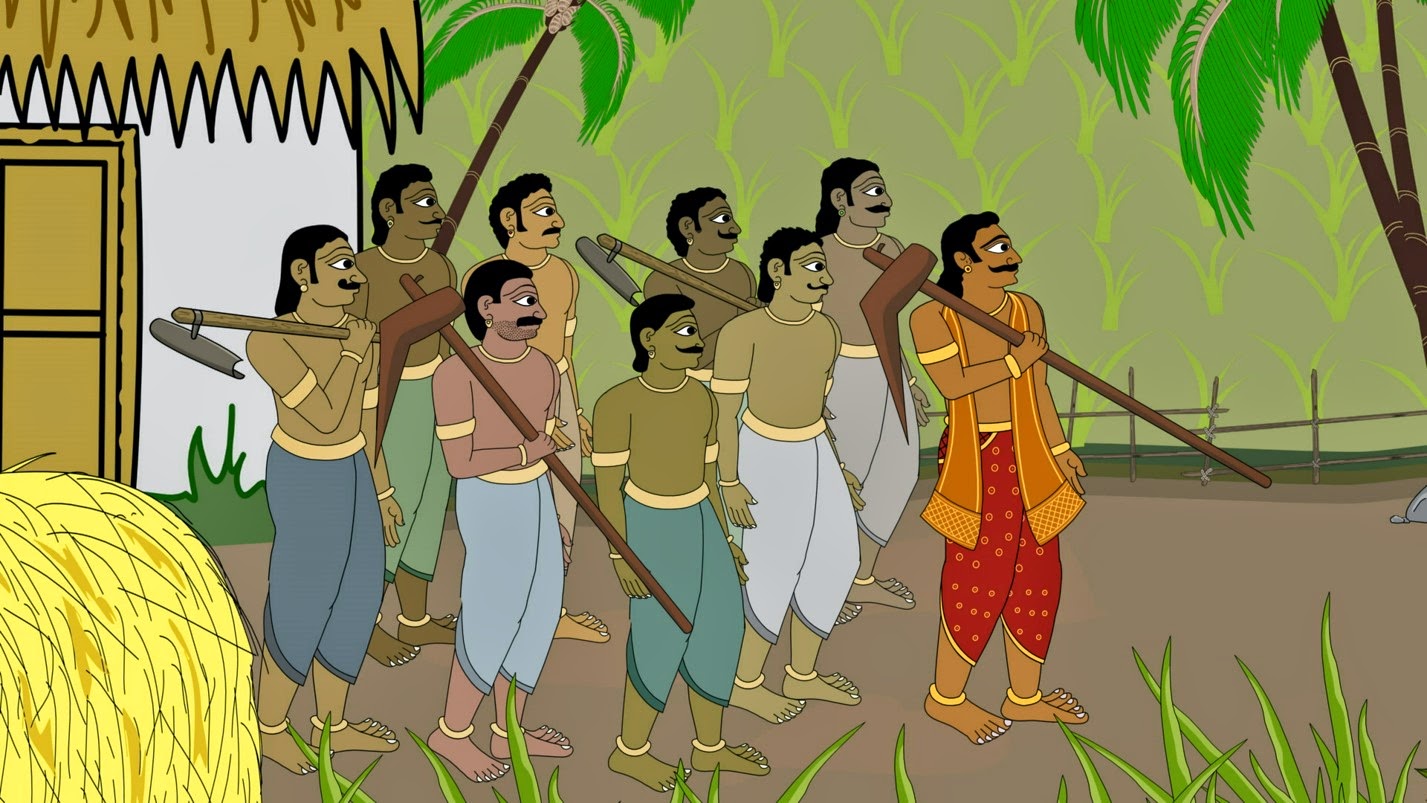 Meanwhile, the land is divided between brothers. Kolatta gets Ponnivala, with better soil. His 8 siblings receive neighbouring Tangavala. This creates a key source of future bitterness. 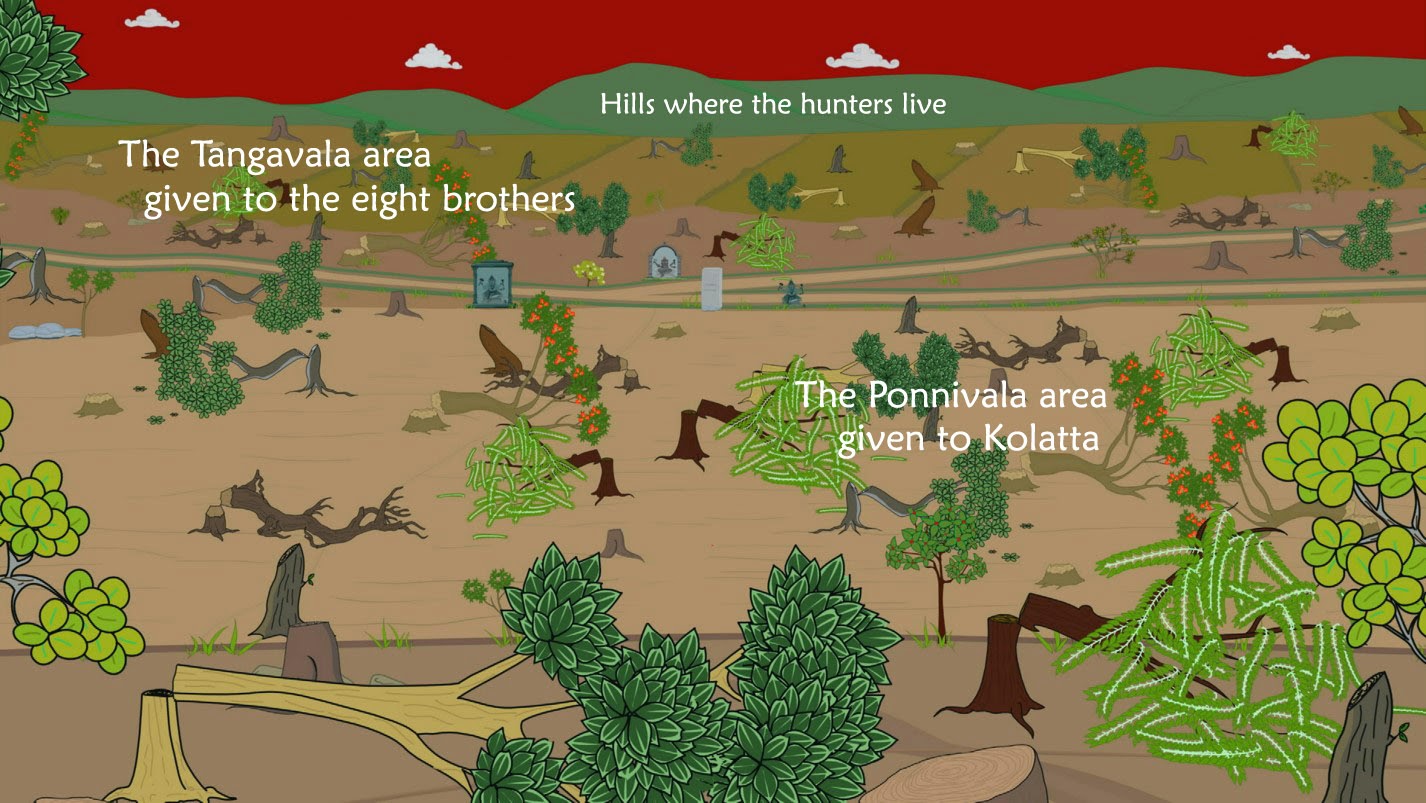 The trees are cut and serious farming starts. No thought is given to the hunter-tribesmen who are watching all this forest destruction from the nearby hills. Where will all the wild animals hide now? 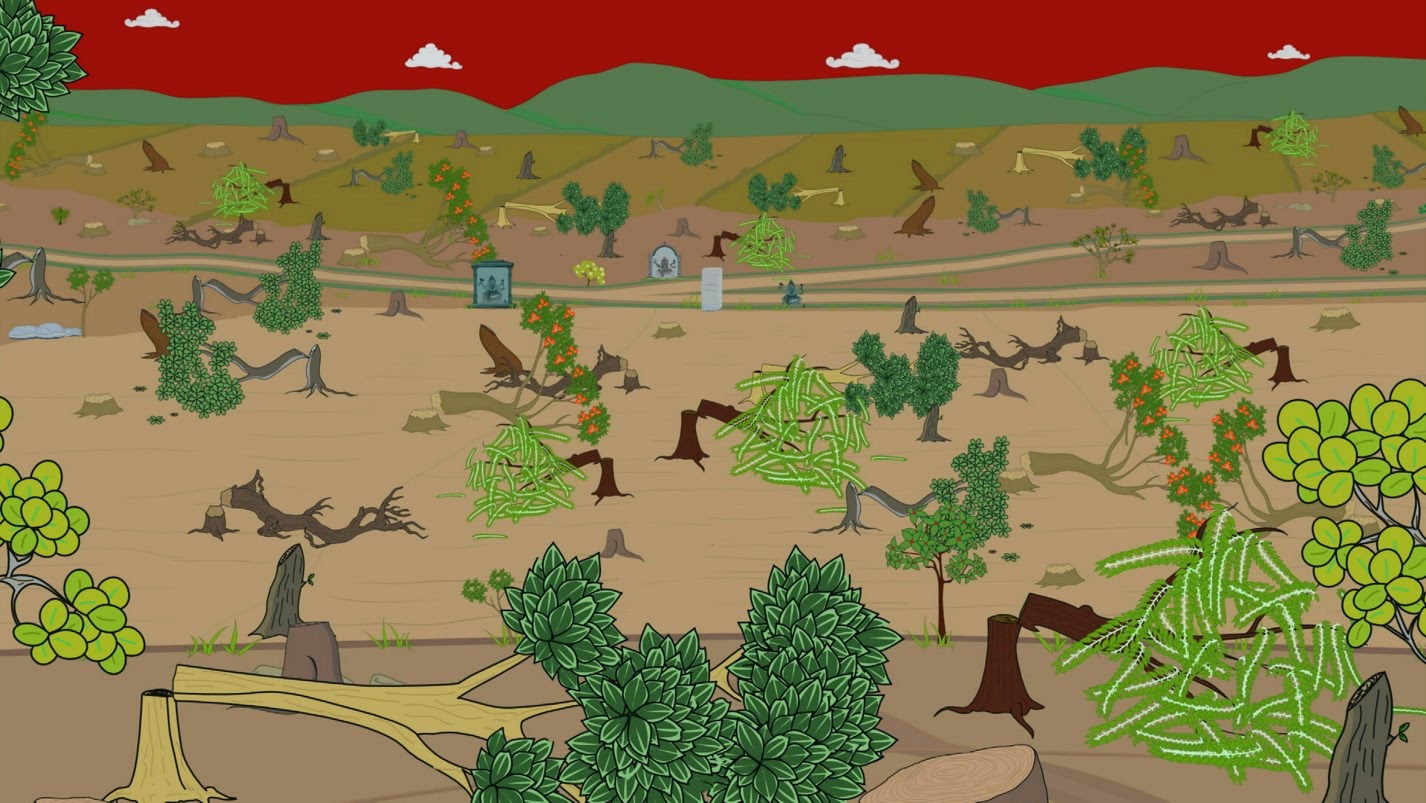 Kolatta now works extremely hard to open up his new farmland. He even digs wells as a way of keeping his fine fields moist. 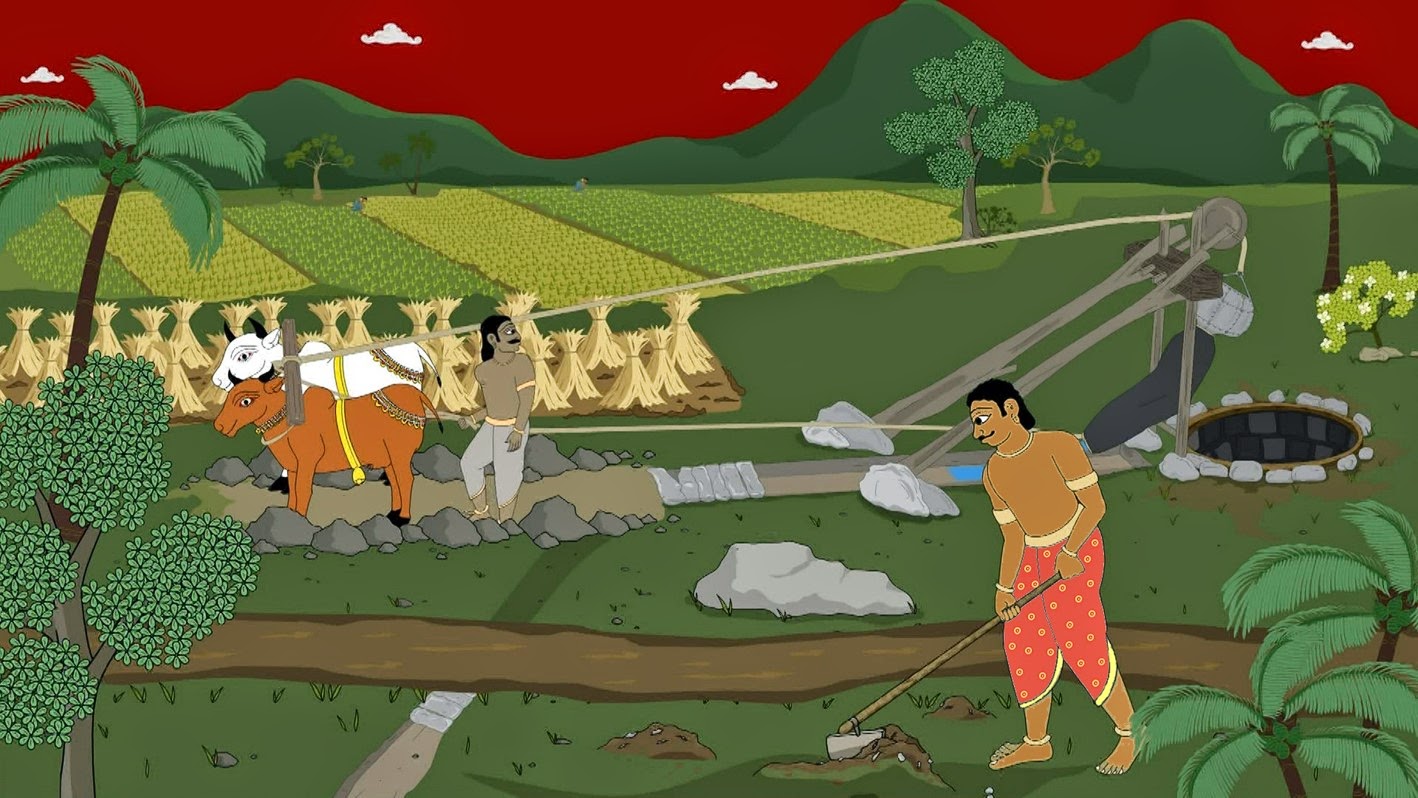 As a result, the land known as Ponnivala begins to flourish. 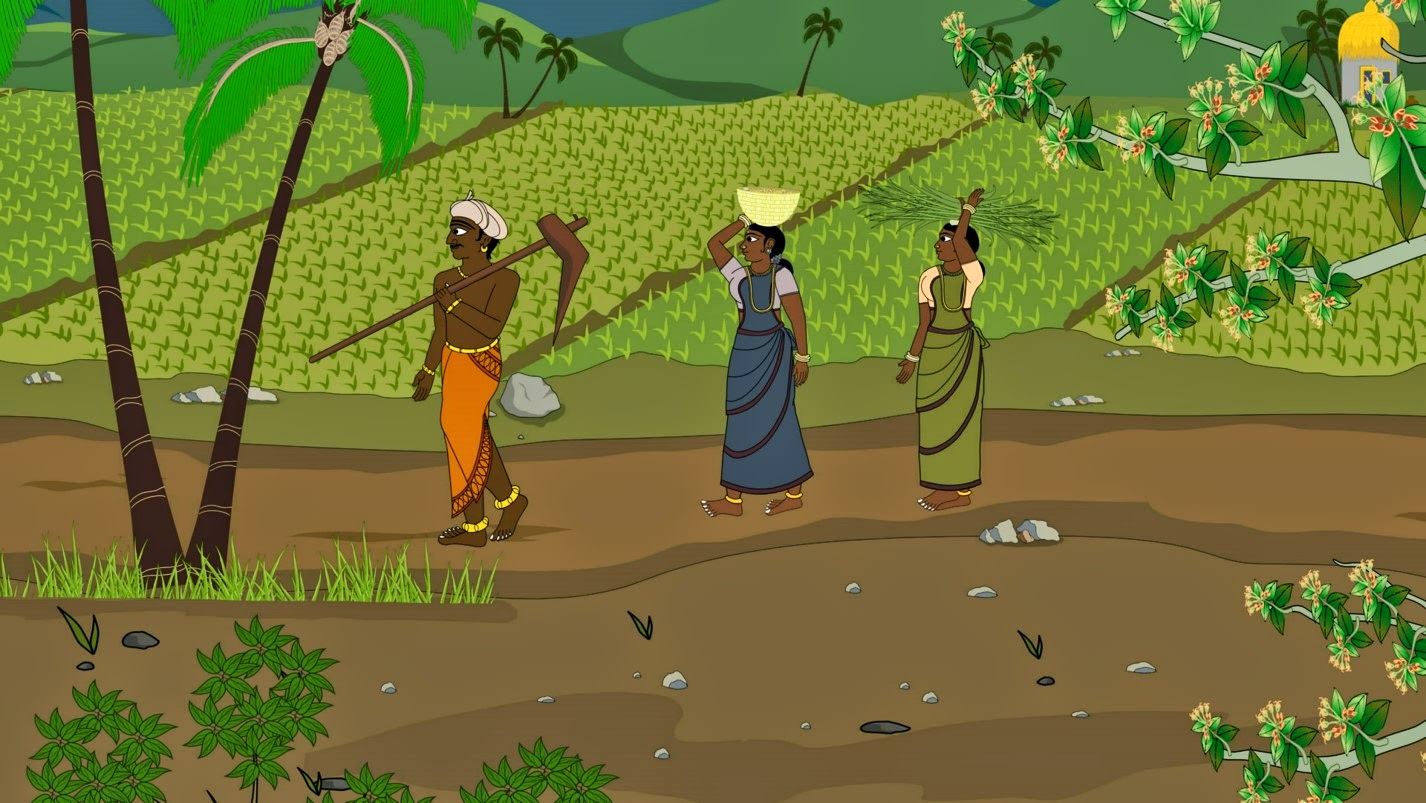 Links To Known History:
The Ponnivala artisans’ problem also links to certain geographic and economic facts. This area lies on either side of a very ancient and key trade route used from as early as 2,000 B.C. The caravans that regularly passed through linked the Kerala coast with several important commercial centres, including those of Karur, Uraiyur and Madurai. The artisans living in Ponnivala were most likely merchant-traders who had a strong interest in interfacing with the goods-trains that regularly moved through their region.

Posted by Ponnivala Publishing at 08:35