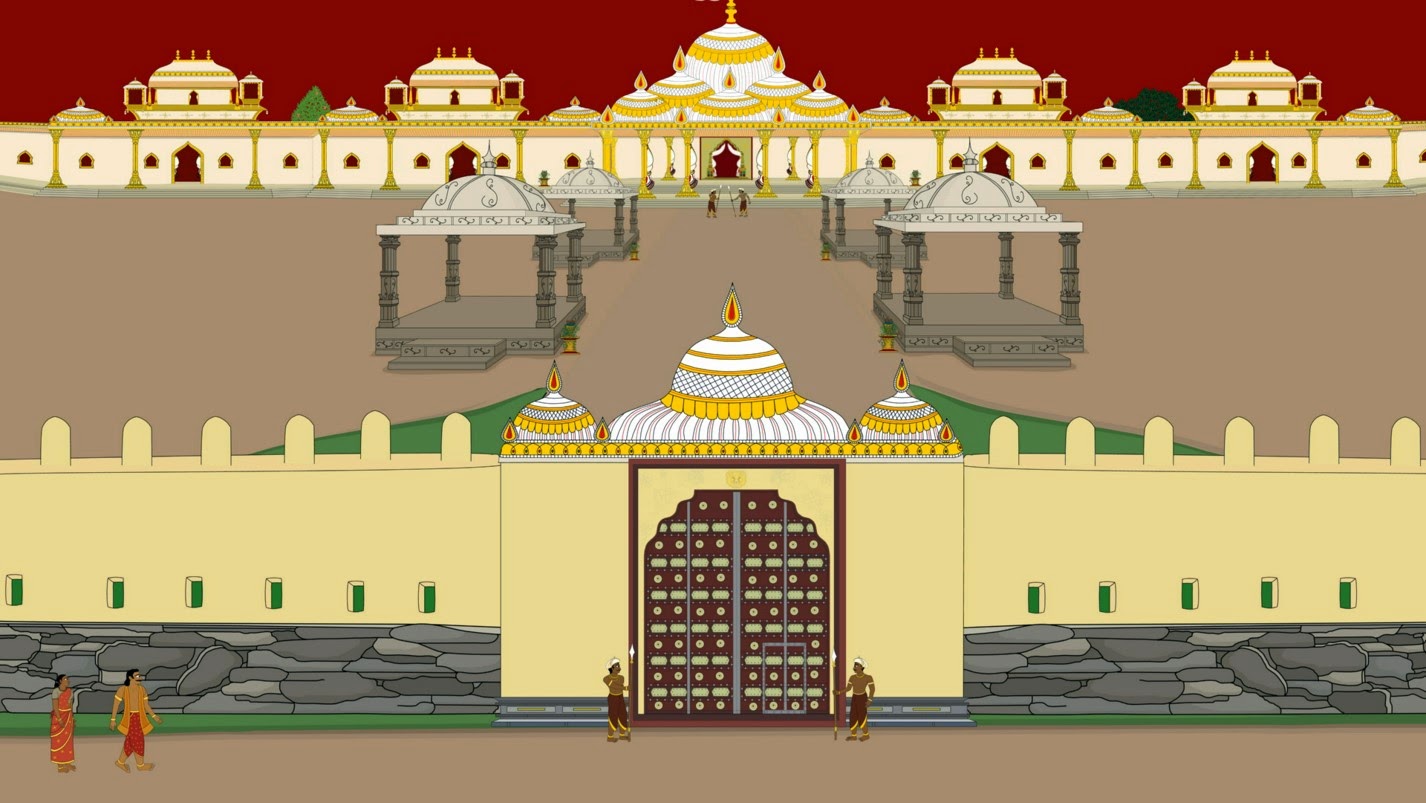 Now a new problem develops for Kolatta. The tables are turned when drought suddenly hits the Chola`s fine fields instead of the area he came from. 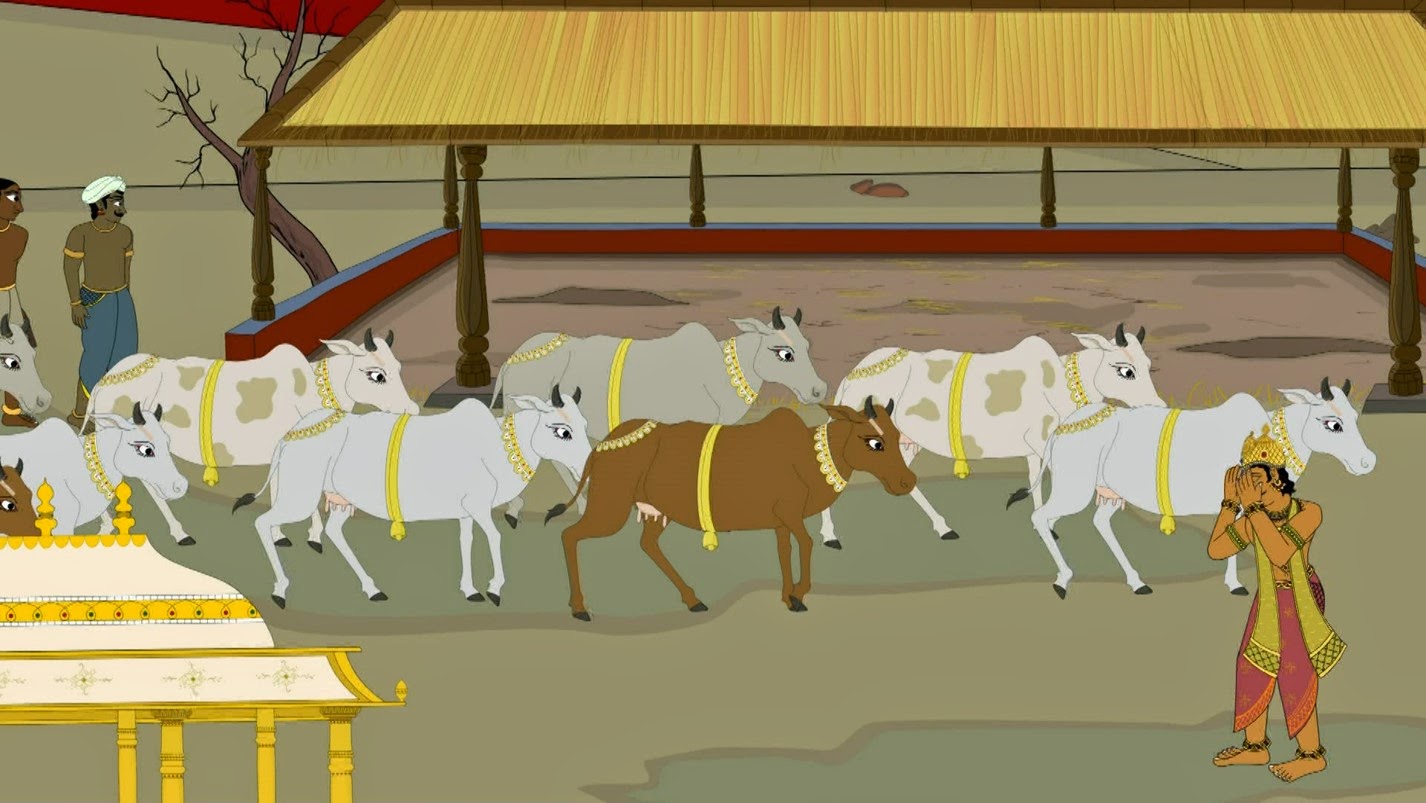 The Chola king can not feed his fine cows and has to set them free to find their own food. 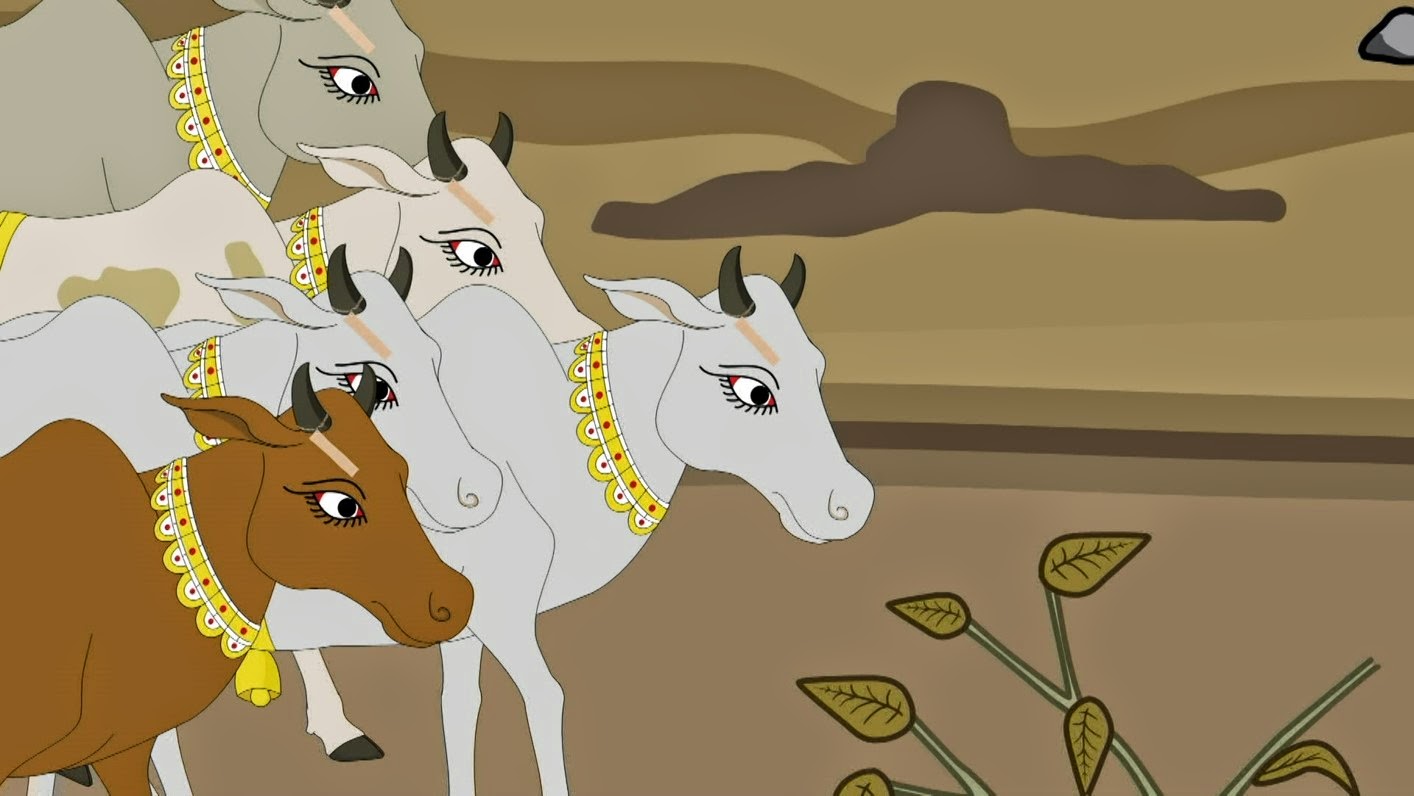 By custom, the king has tags placed on their horns explaining that these animals are sacred wanderers and need to be cared for. 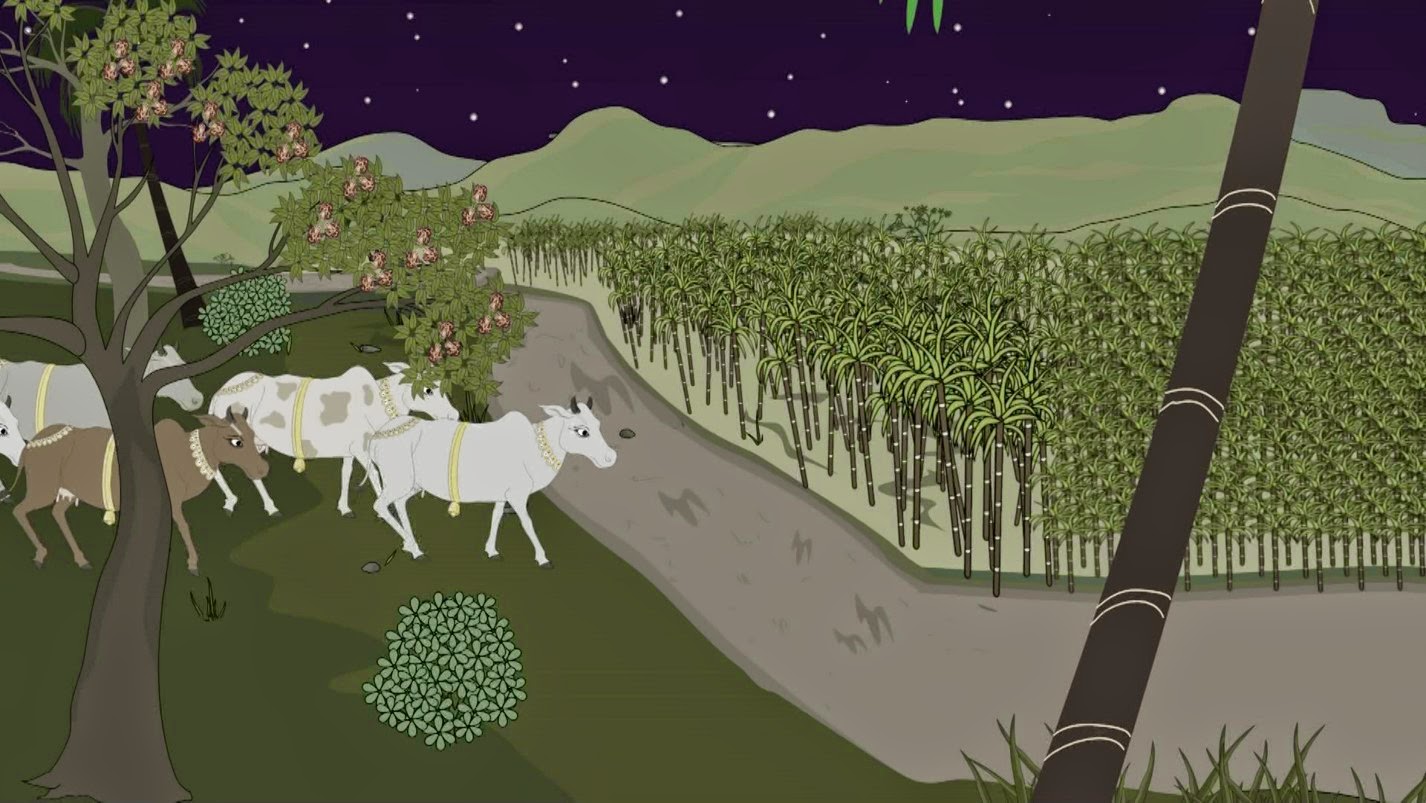 Seven of the cows find Kolatta`s fine sugarcane field at night and, famished, they feed on the sweet stalks they find there. Kolatta arrives the next morning and finds his crop ruined. He is horrified and angry. Kolatta quickly calls the artisans and asks them to build a protective fence. He assumes his sugarcane has been ravaged by wild animals. 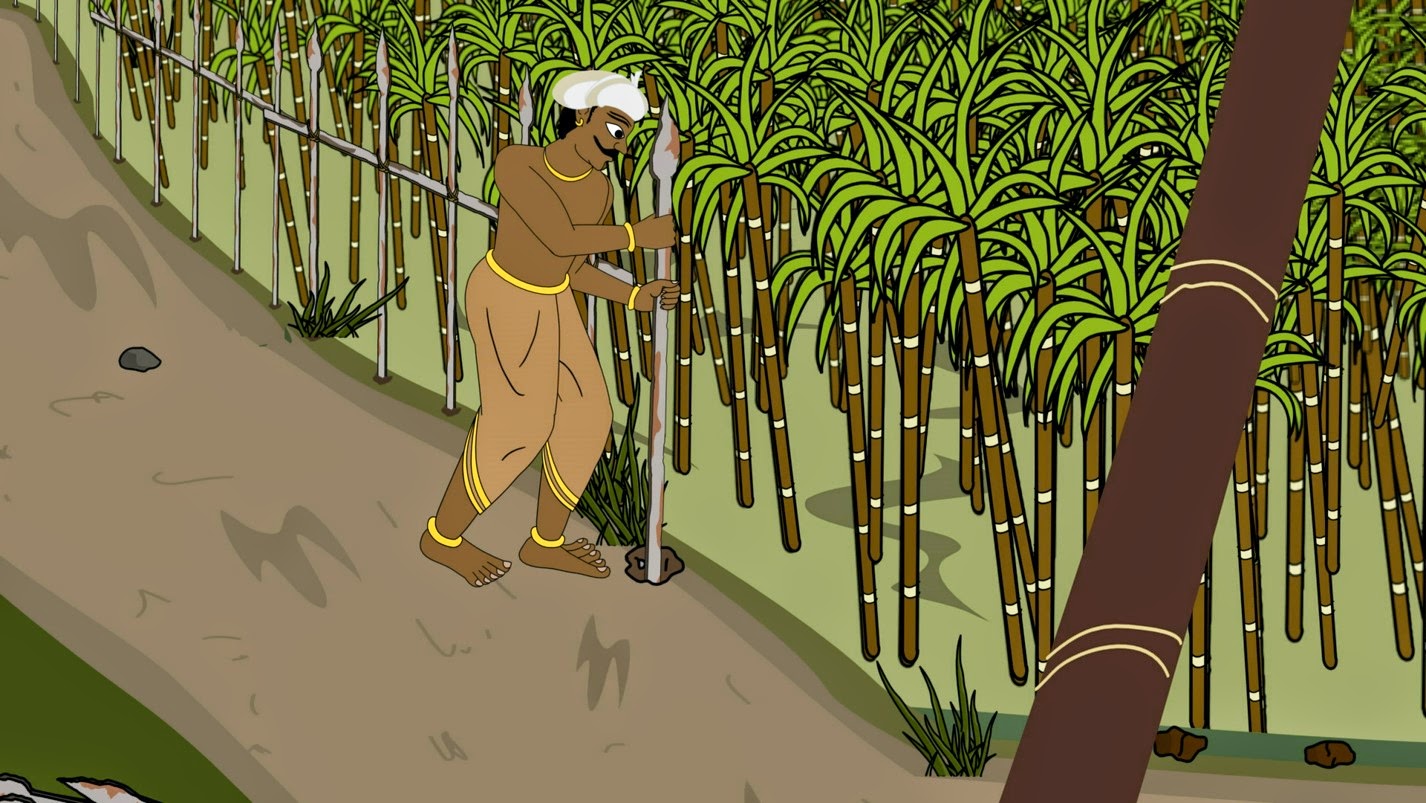 The artisans rapidly build a mean barrier. Each fence post is topped with an iron spear point. 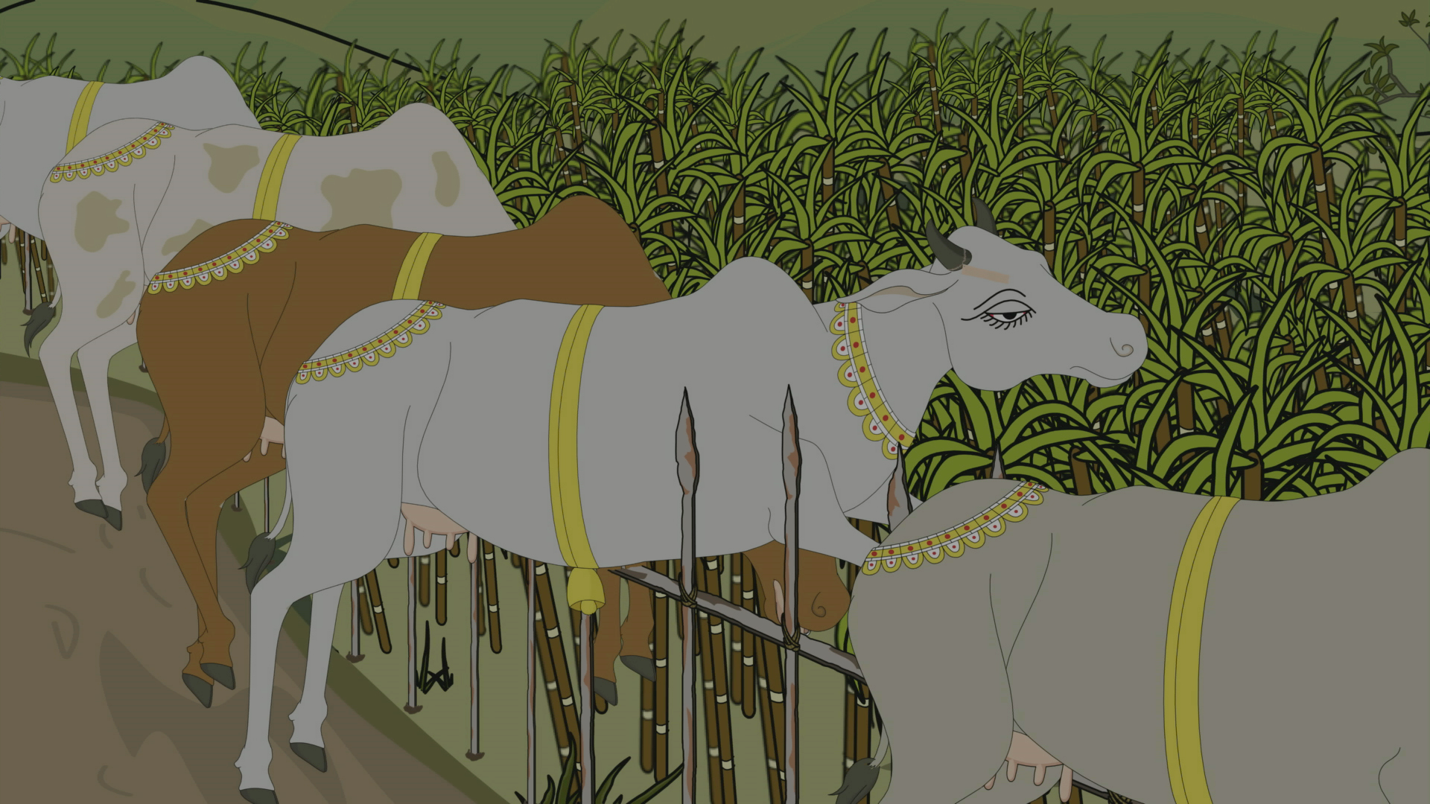 The the next evening when all the cows return to try to eat, they foolishly try to jump the new fence and die instead! 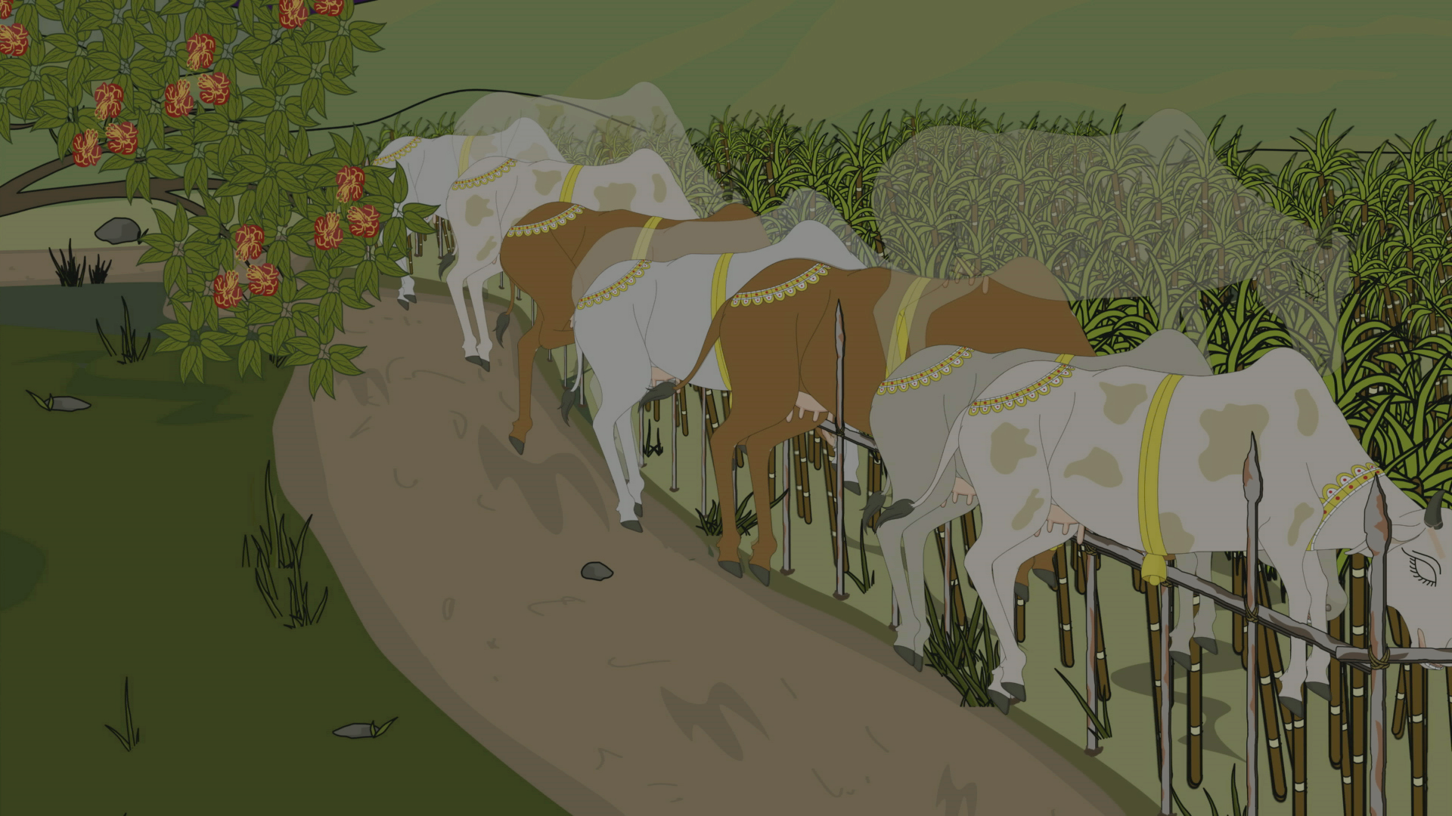 The cows` spirits depart for Lord Shiva`s Council Chambers where they hope to plead for justice. 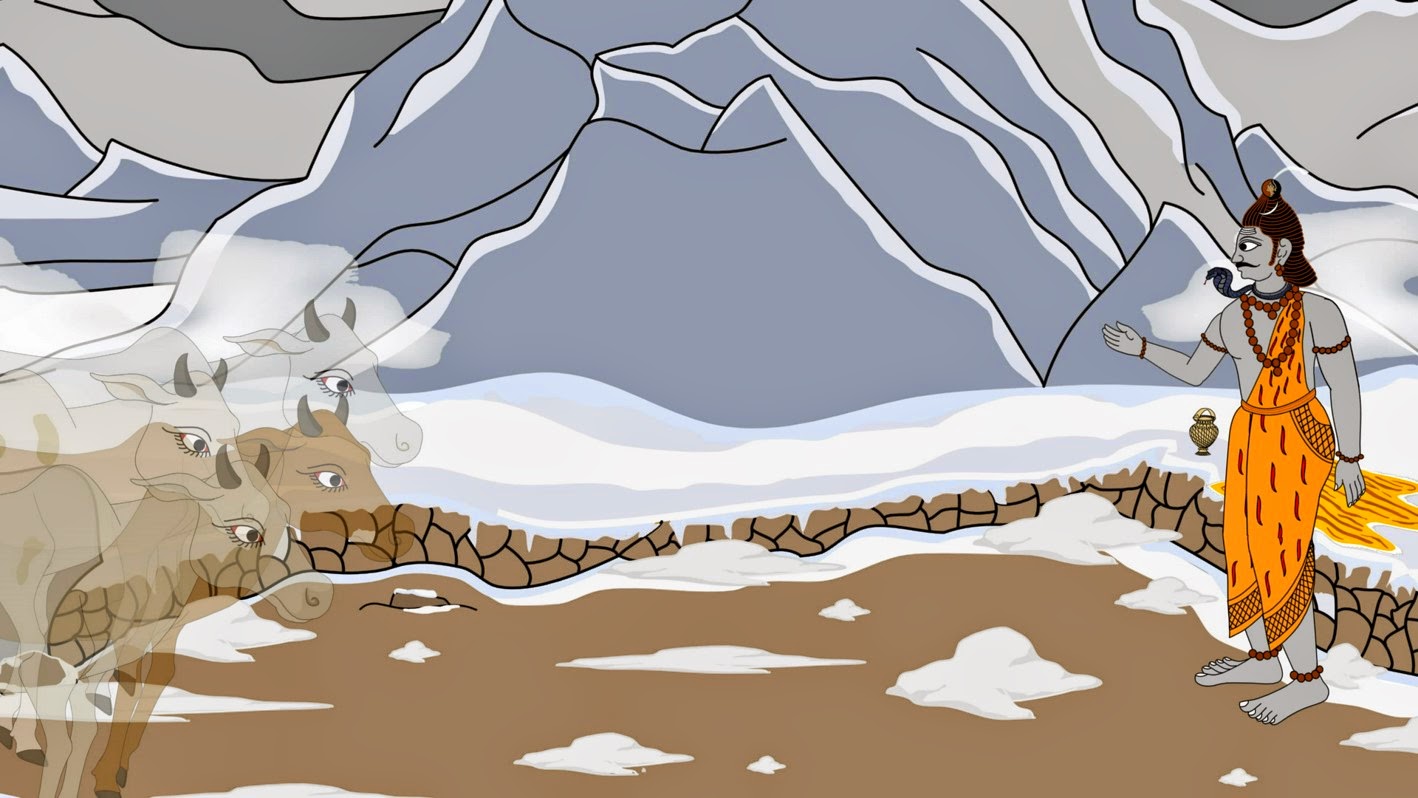 Lord Shiva asks the cows’ spirits why they have come to see him. 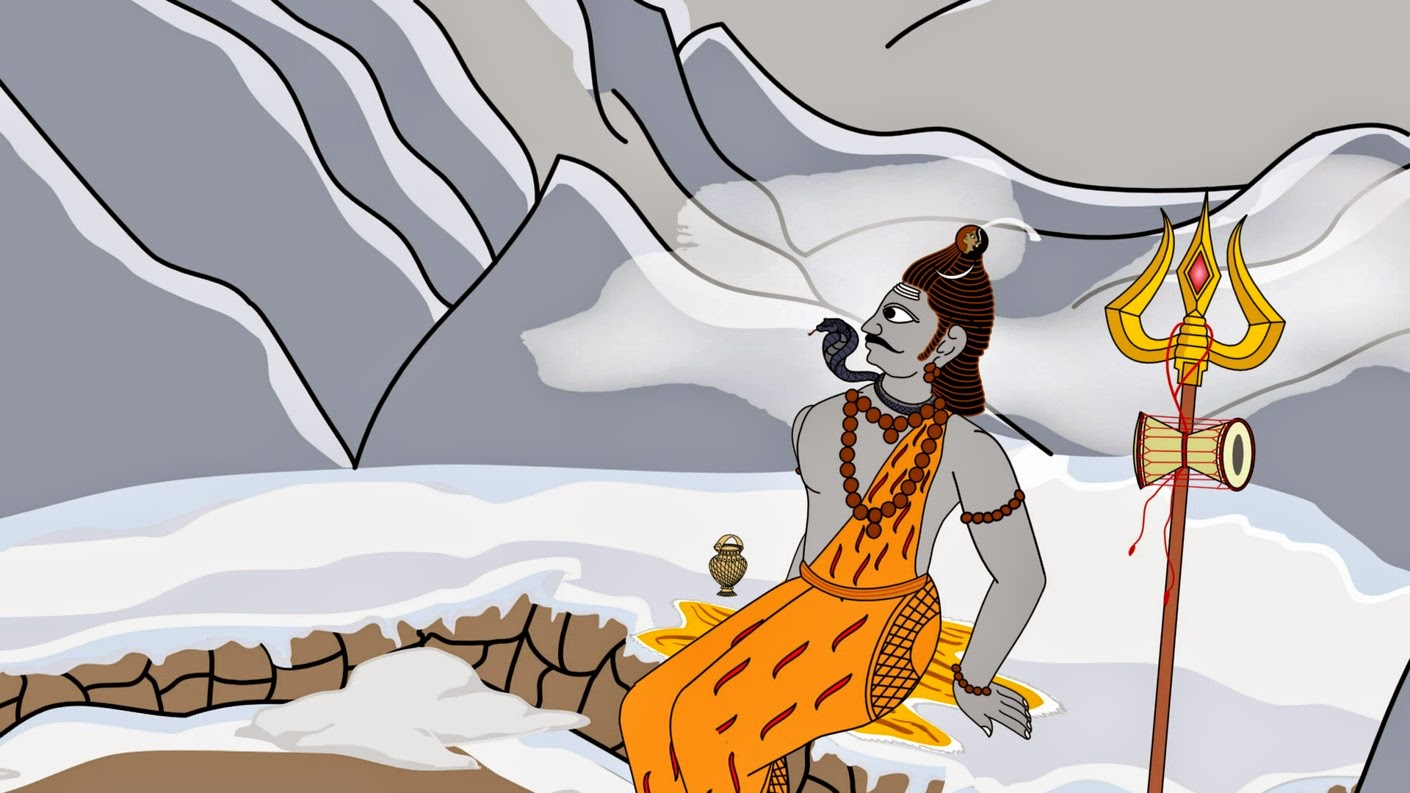 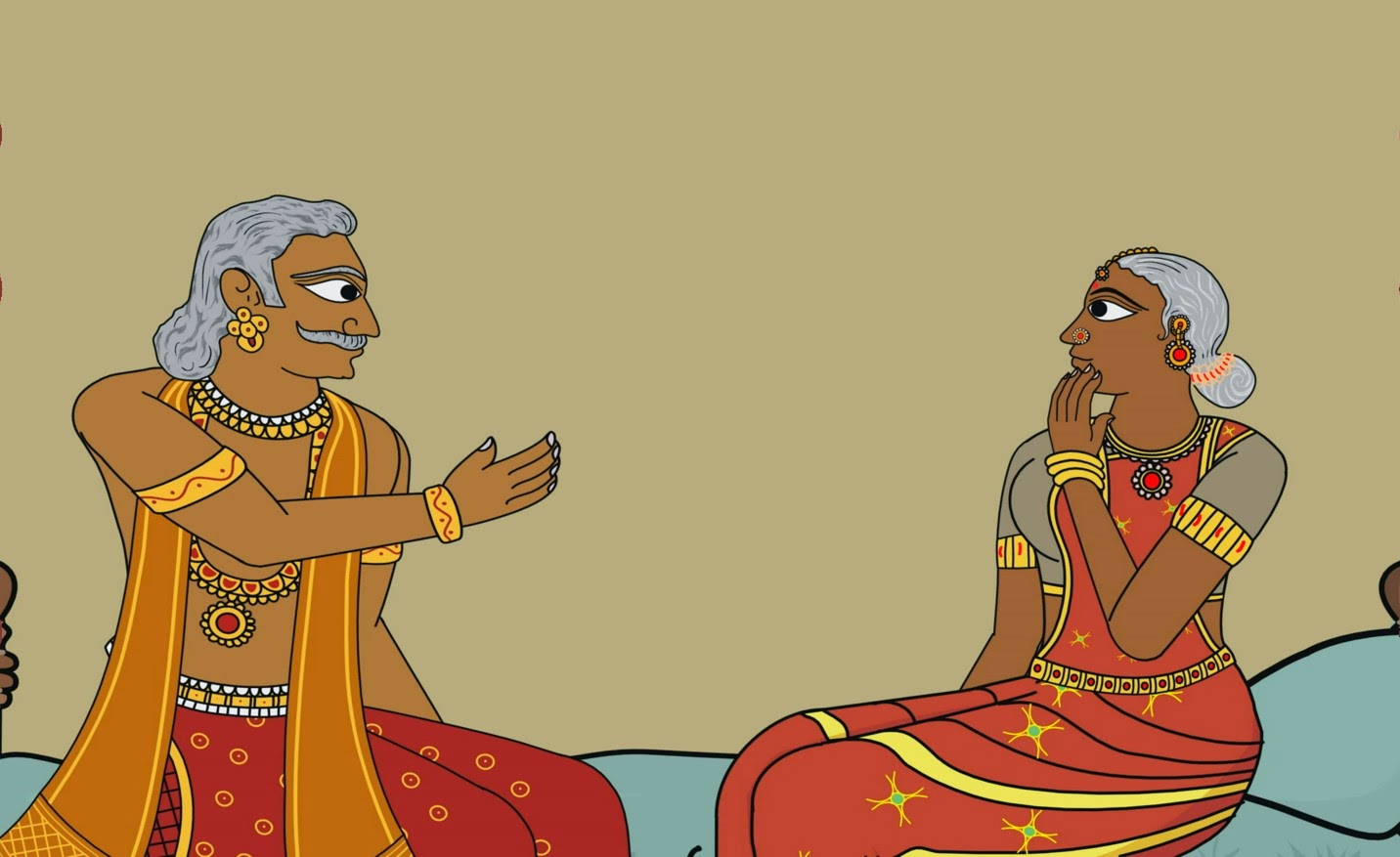 Kolatta and his wife have no children for many years. They grow old and Ariyanacci, his wife, is now distressed. 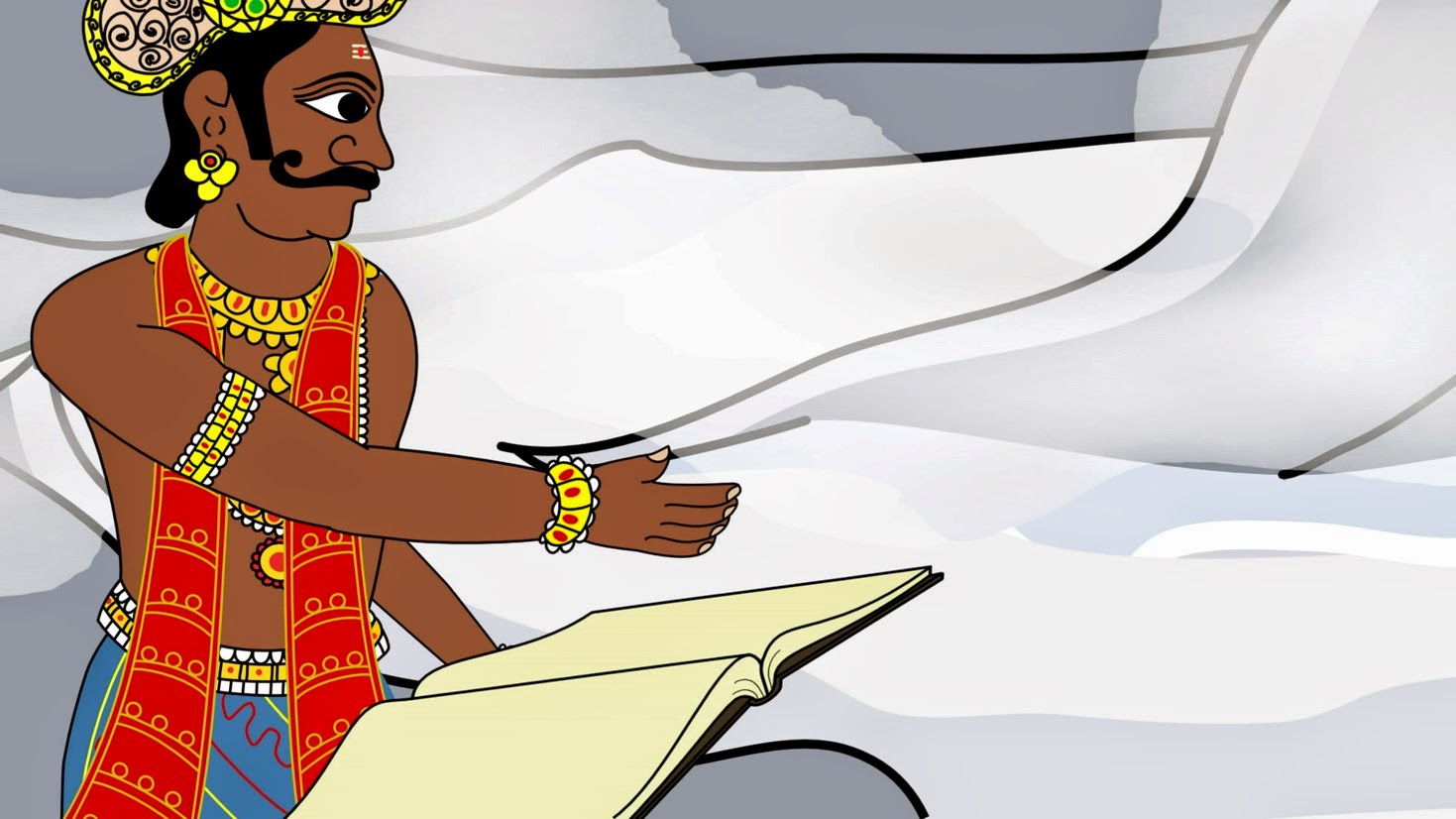 All Ariyanacci knows is that somehow, a terrible fate has been written on her forehead by the gods. 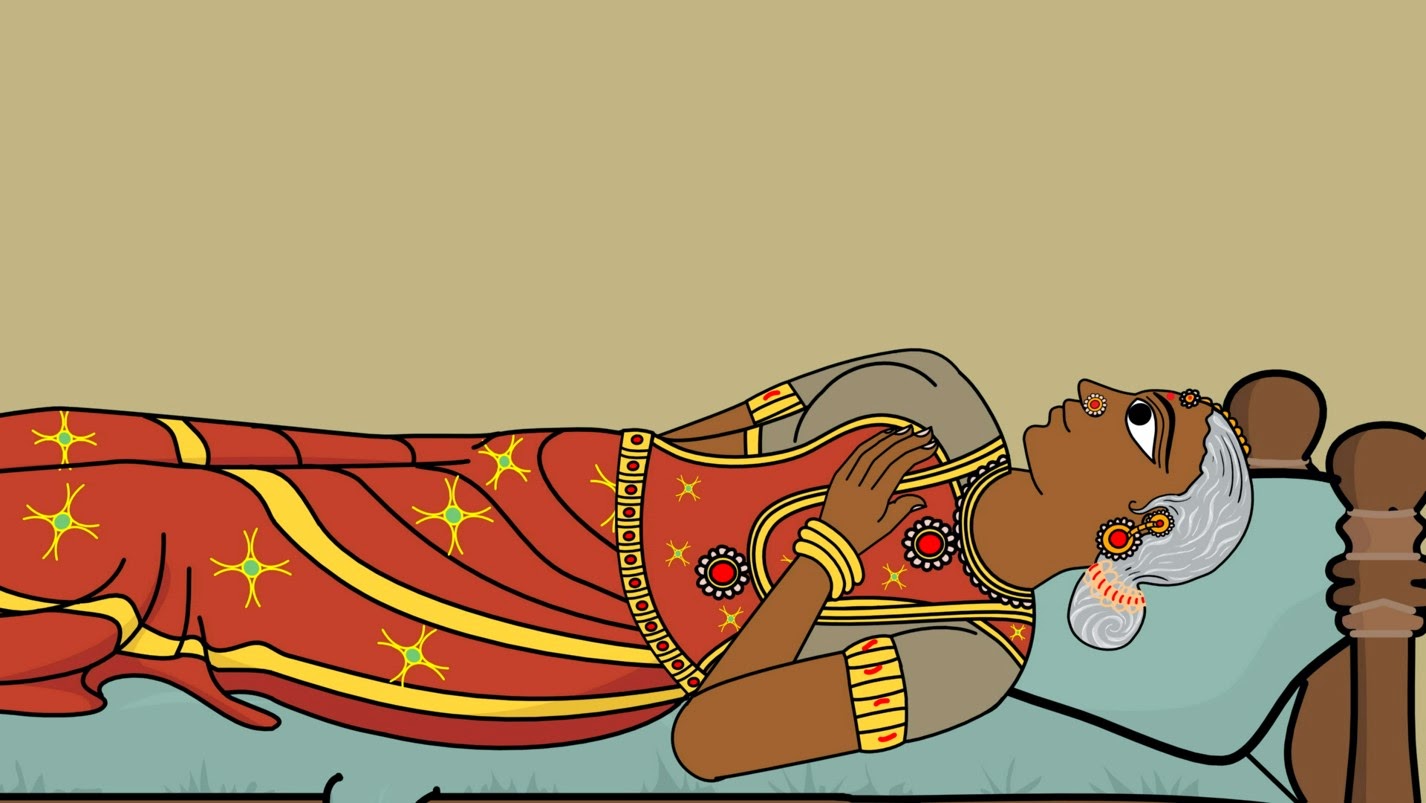 The couple struggle on, but life has lost its sweetness. Without children they feel no joy in their obvious prosperity.