Magical Ponnachi - Pt. I: The Birth of A Tiny Female Dog in The Legend of Ponnivala 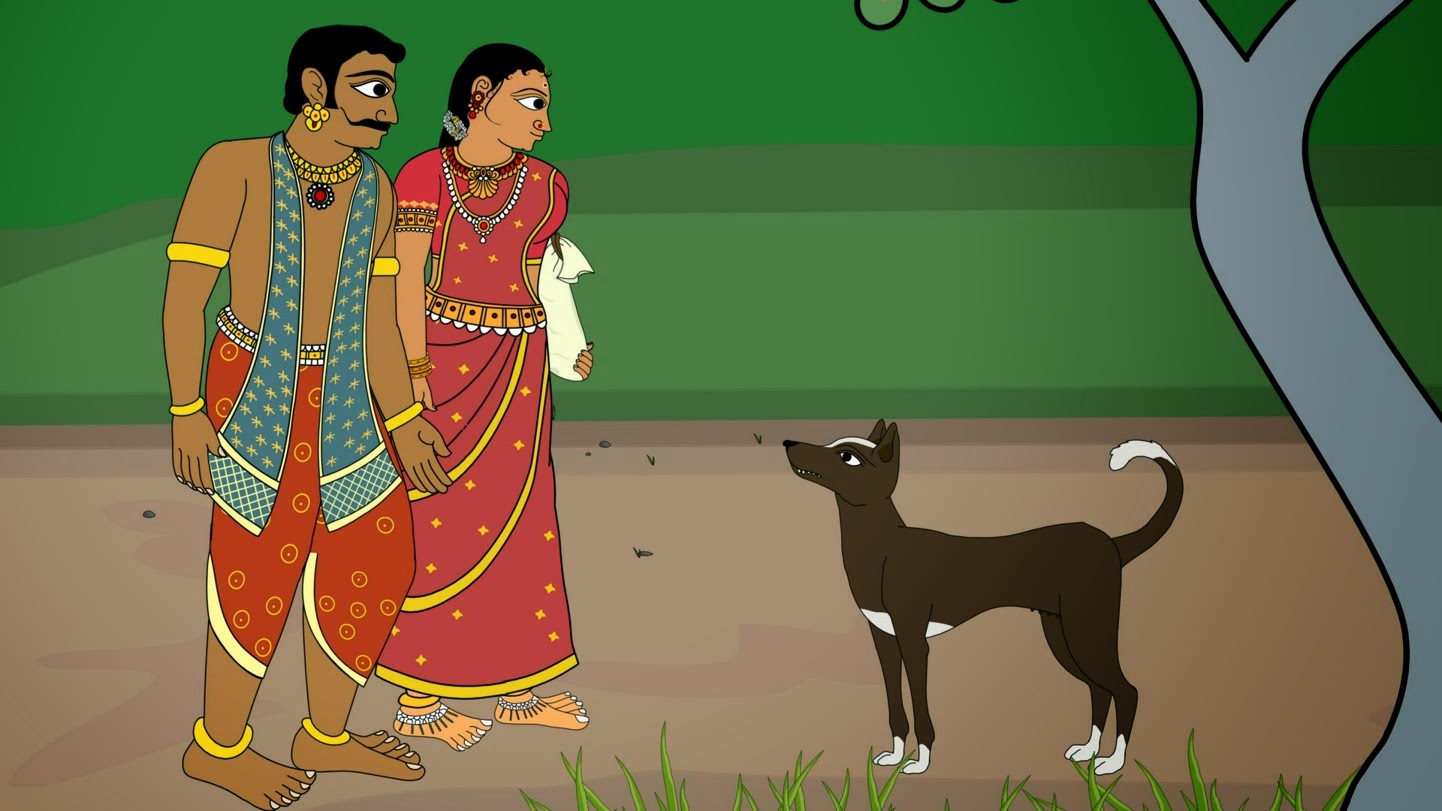 The story starts with Ponnachi’s mother. She was a palace pet. As the king and queen set out on their long, long pilgrimage this fine dog stepped out onto their path. 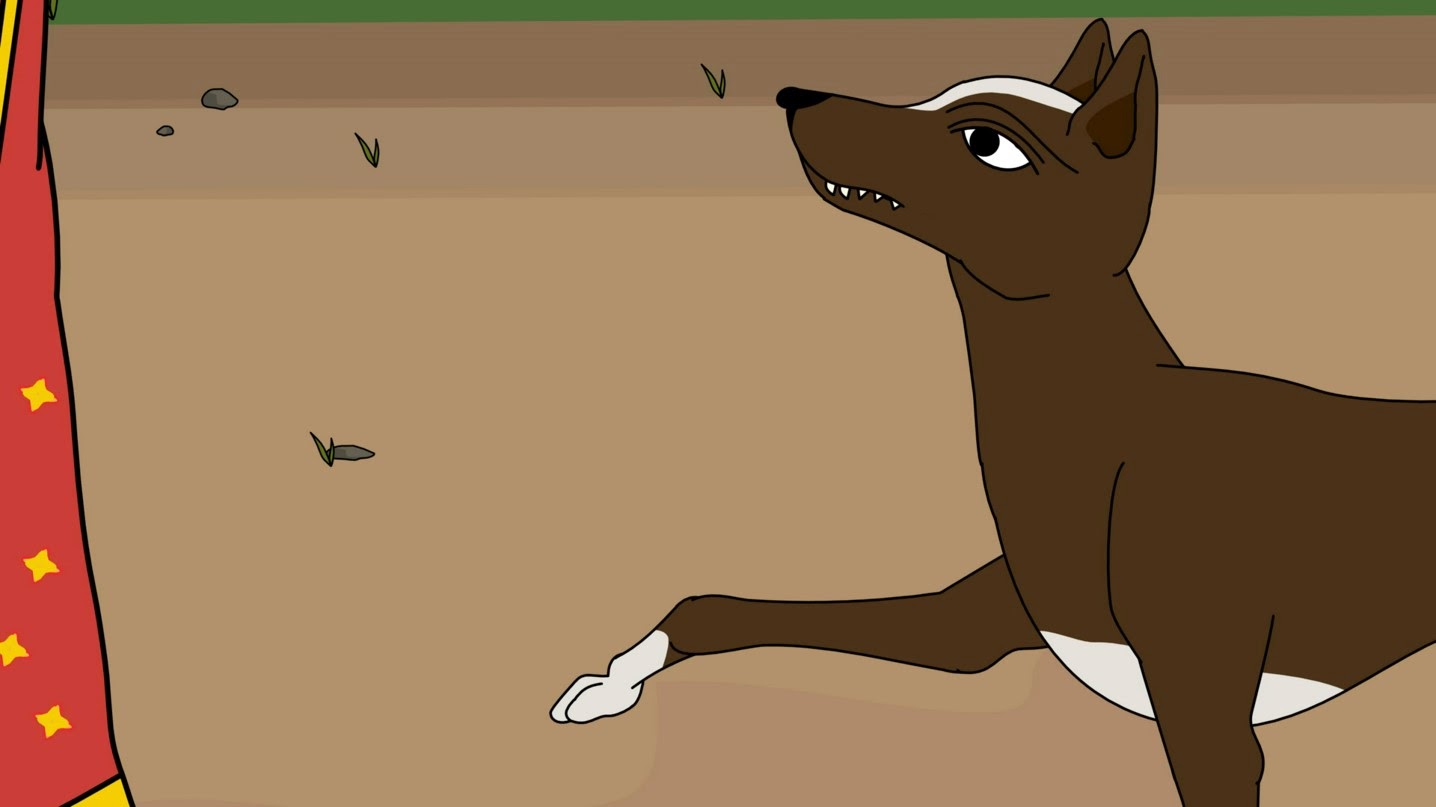 This palace favourite knows the couple are on their way to Kailasa, Lord Shiva’s mountain abode. She also knows that an angry wild boar-sow has just announced to them that her son will someday kill the Queen’s two sons-to-be. The dog tells the Queen she can help. 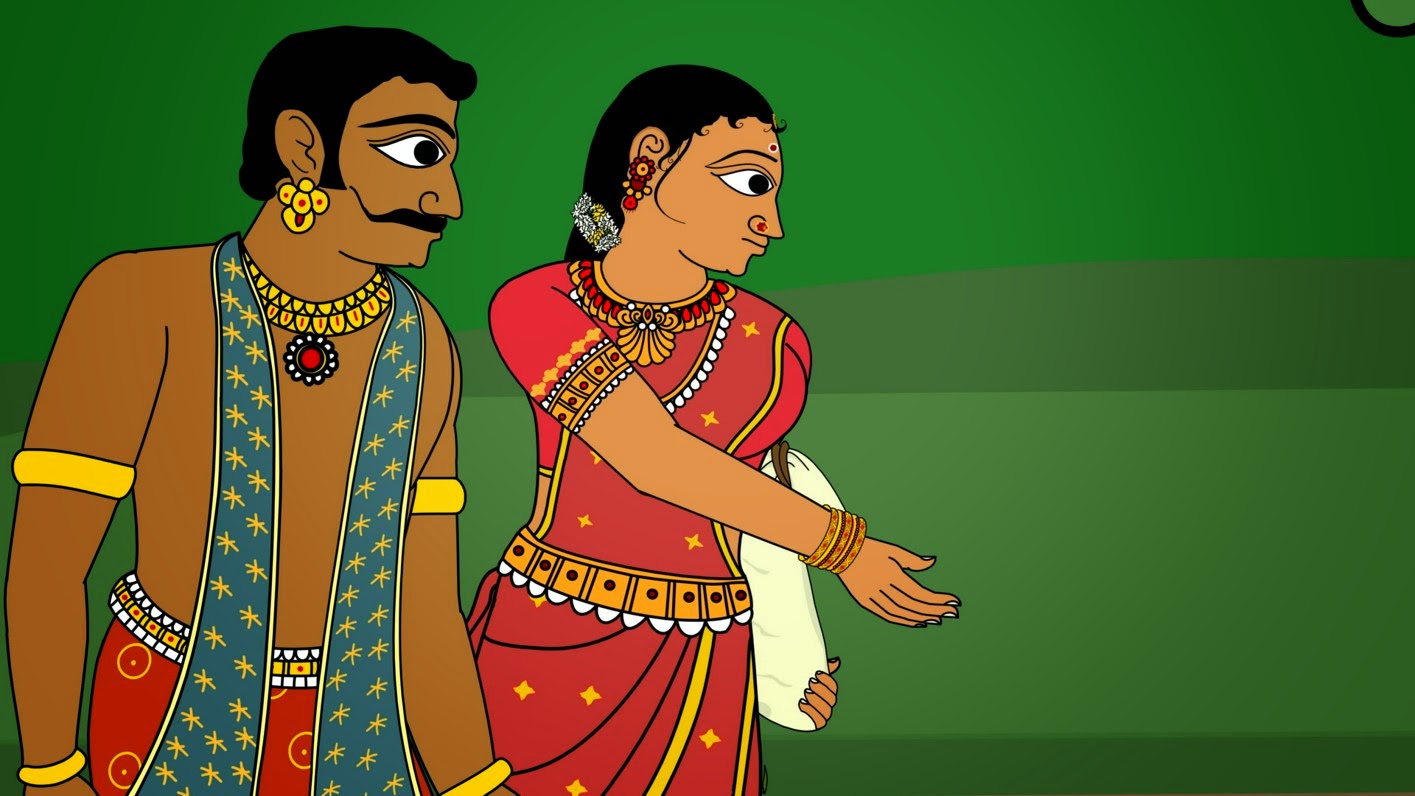 The couple are surprised. How can their palace pet talk like this? What can she possibly do to counter this terrible news from the boar? 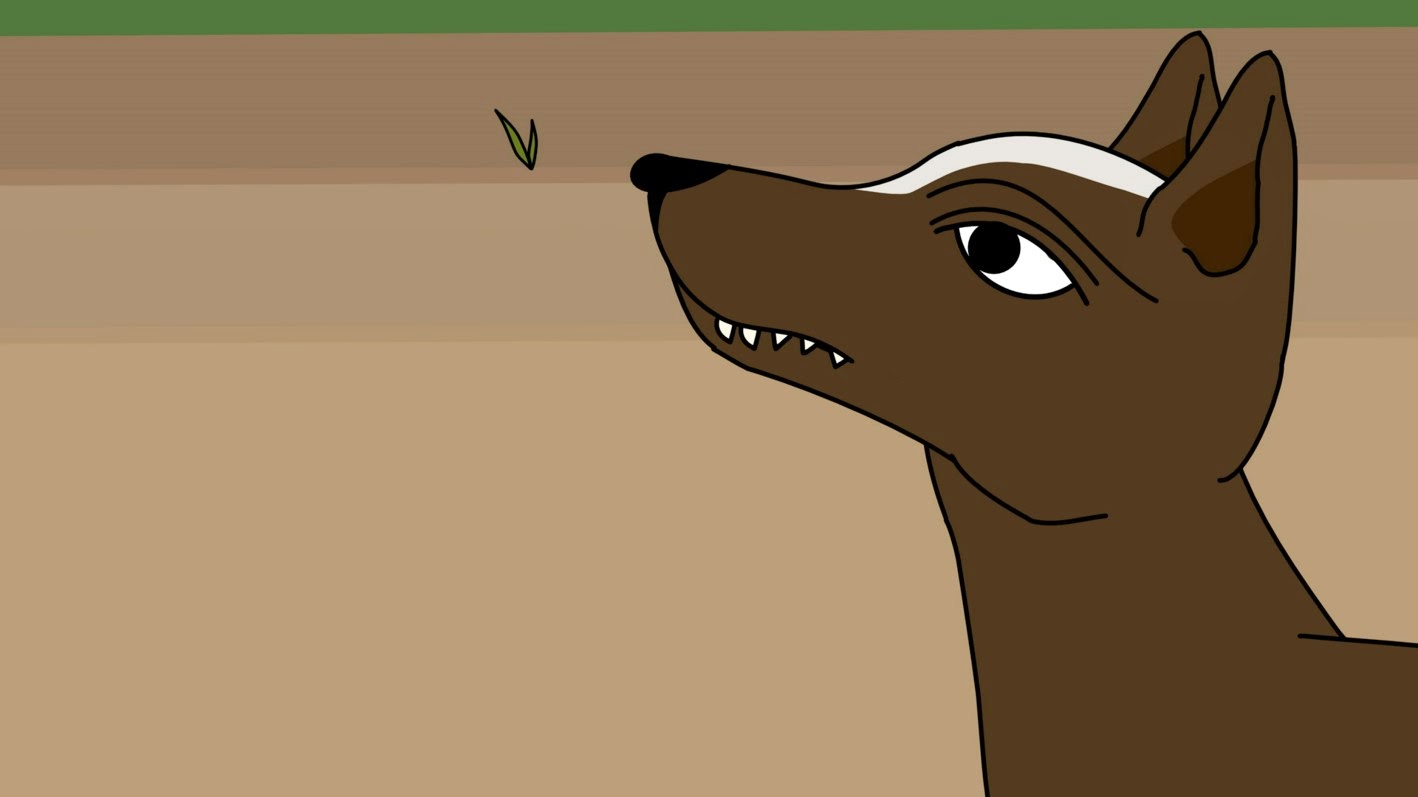 Their pet dog asks the queen to be sure to ask for the gift of a female pup for her when reaching Kailasa. She should make the request at the very same time that she asks for two human sons for herself. 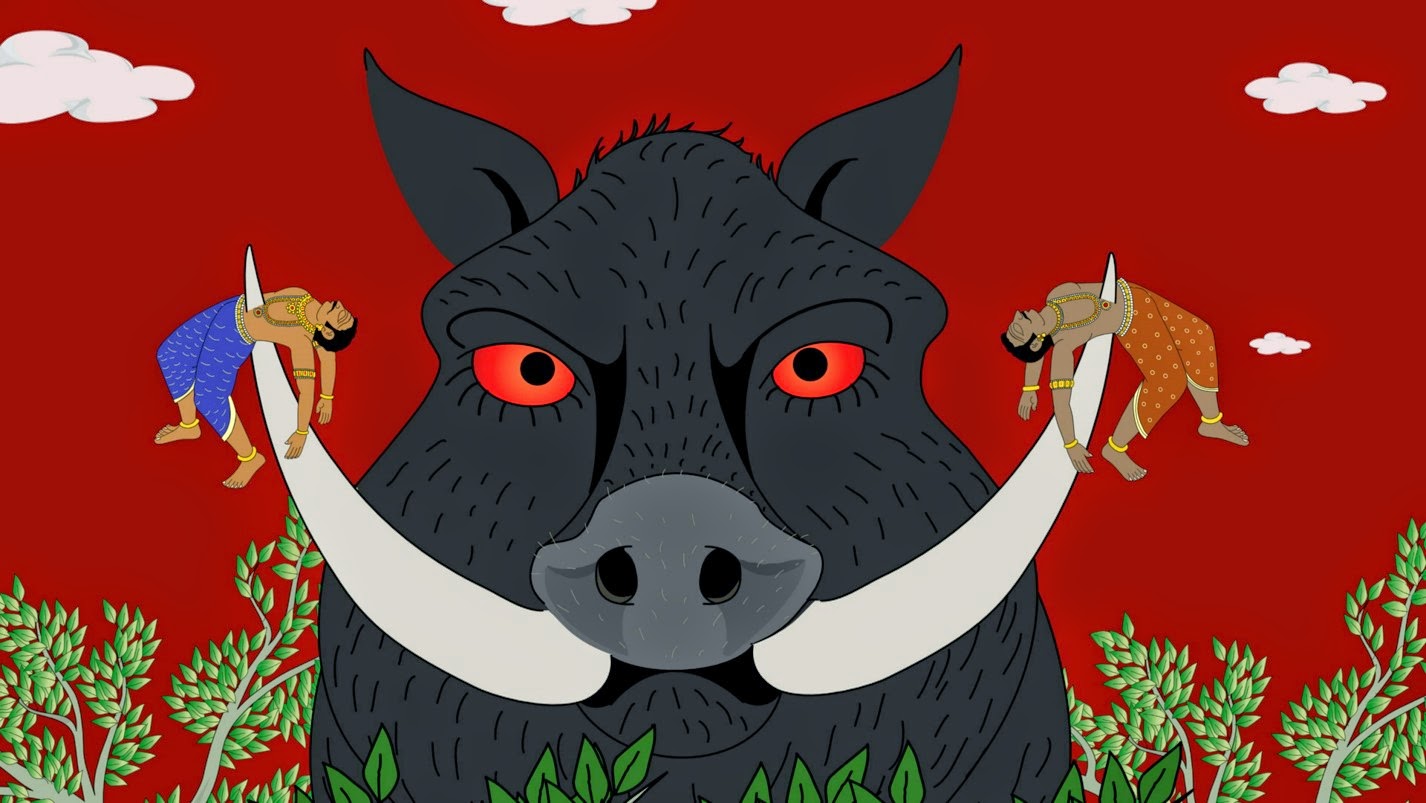 The pet dog explains that her pup-to-be will be small but that she will have poison in her teeth. Her daughter will be the one to kill the great boar that is otherwise destined to threaten all the creatures living in Ponnivala. 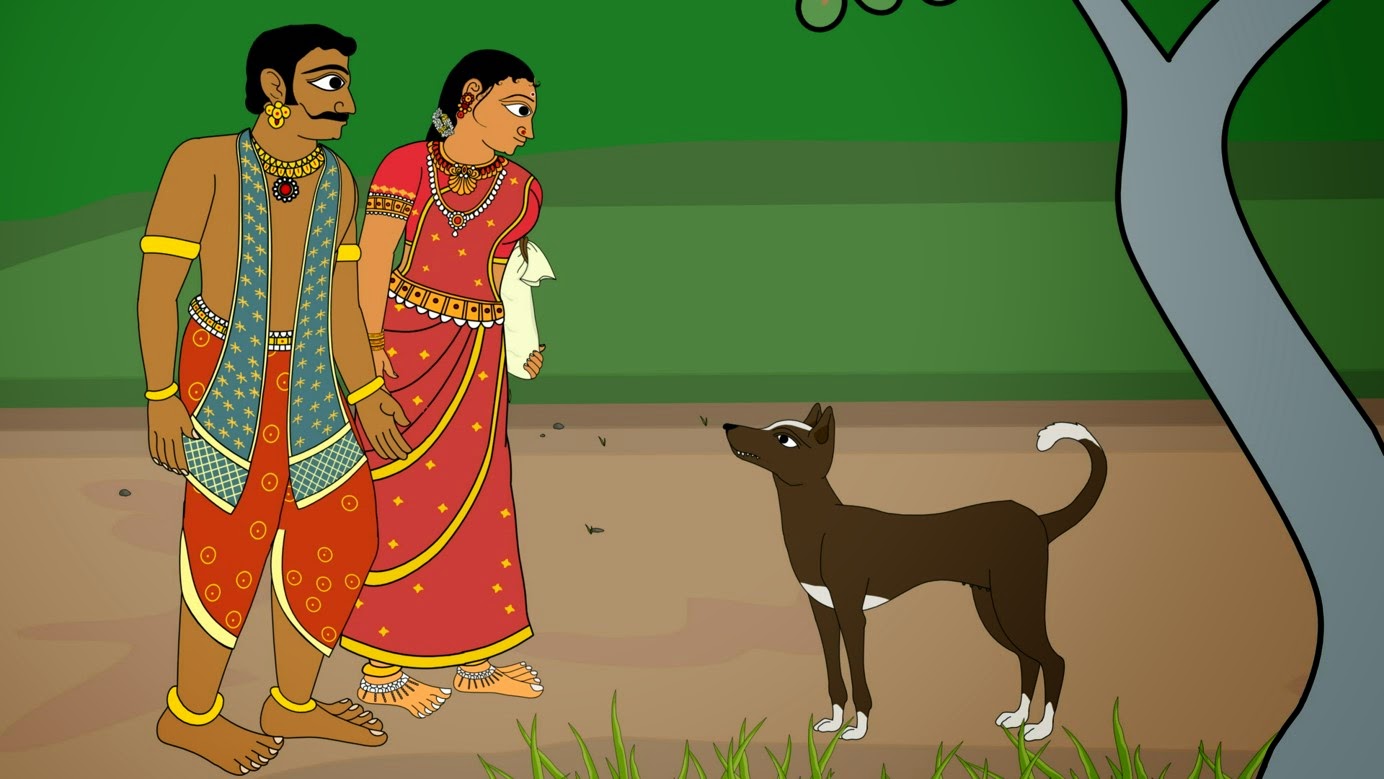 The queen is surprised by all these predictions, but she consents. She promises to ask Lord Shiva for a little pup to be born to her beloved palace pet. 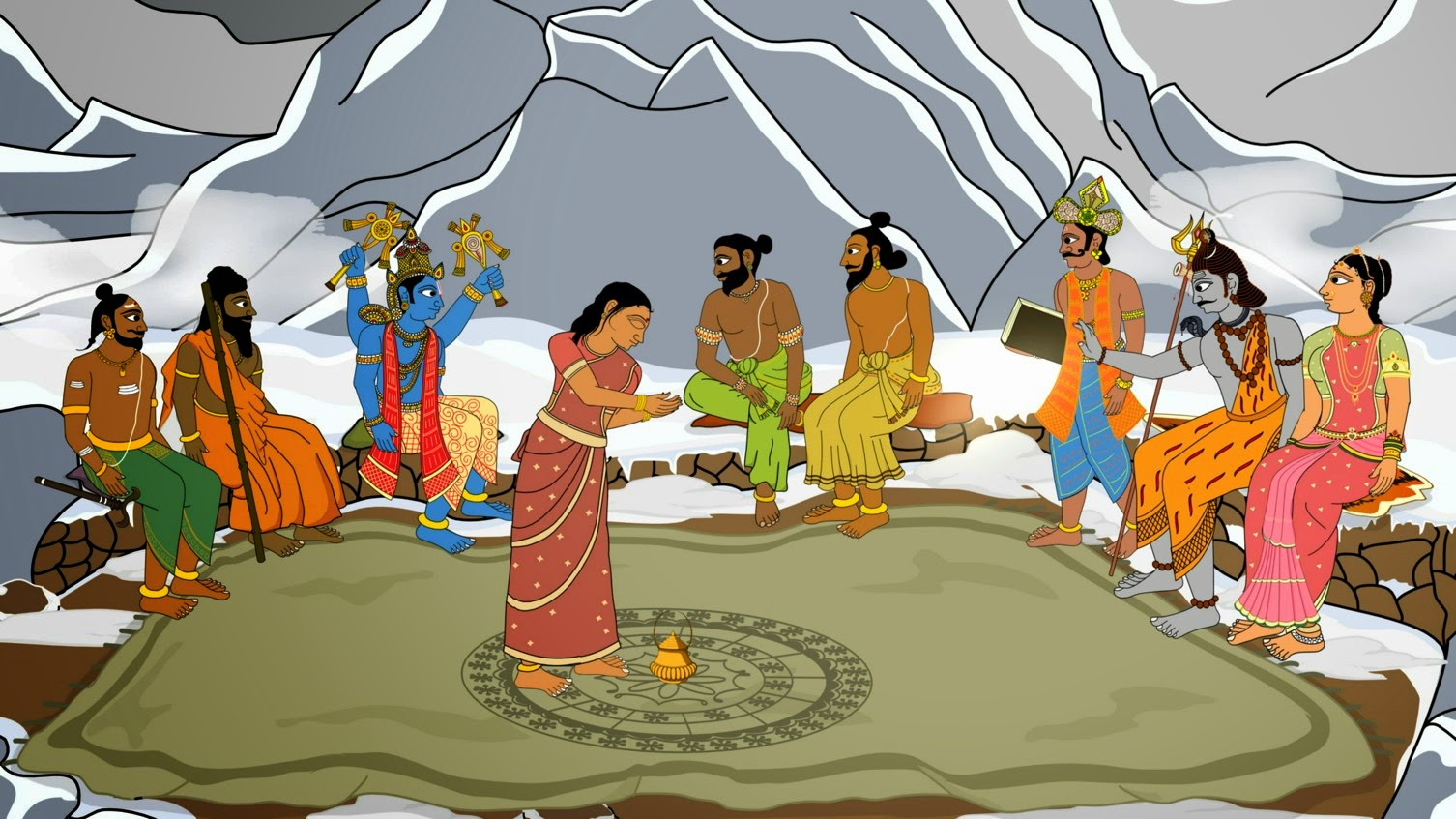 When Queen Tamarai finally reaches Lord Shiva’s Council Chambers, she does not forget her promise. She bows before the great Lord and makes her request. 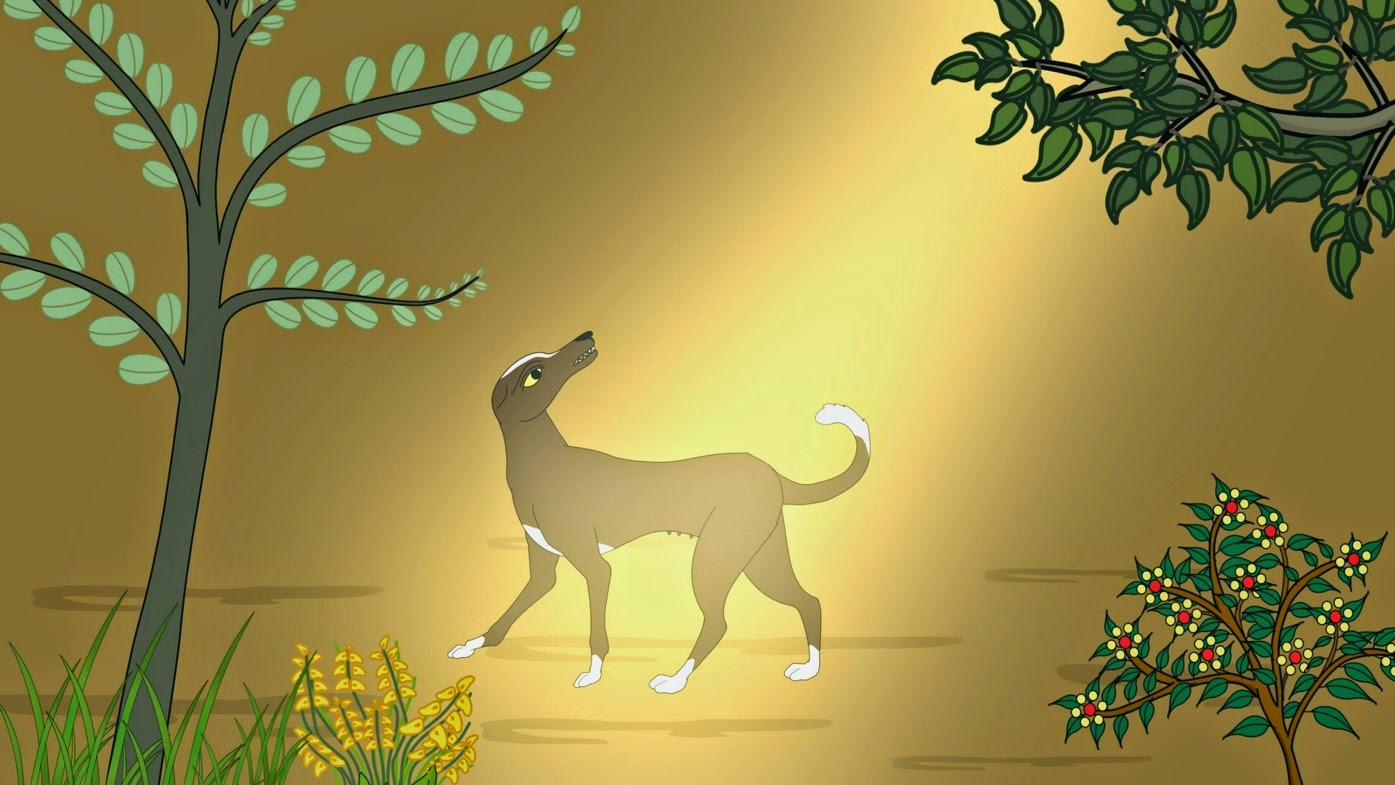 This is what Tamarai imagines as she stands before the great Lord Shiva. She is hopes for a lovely little daughter for her favourite Ponnivala pet. 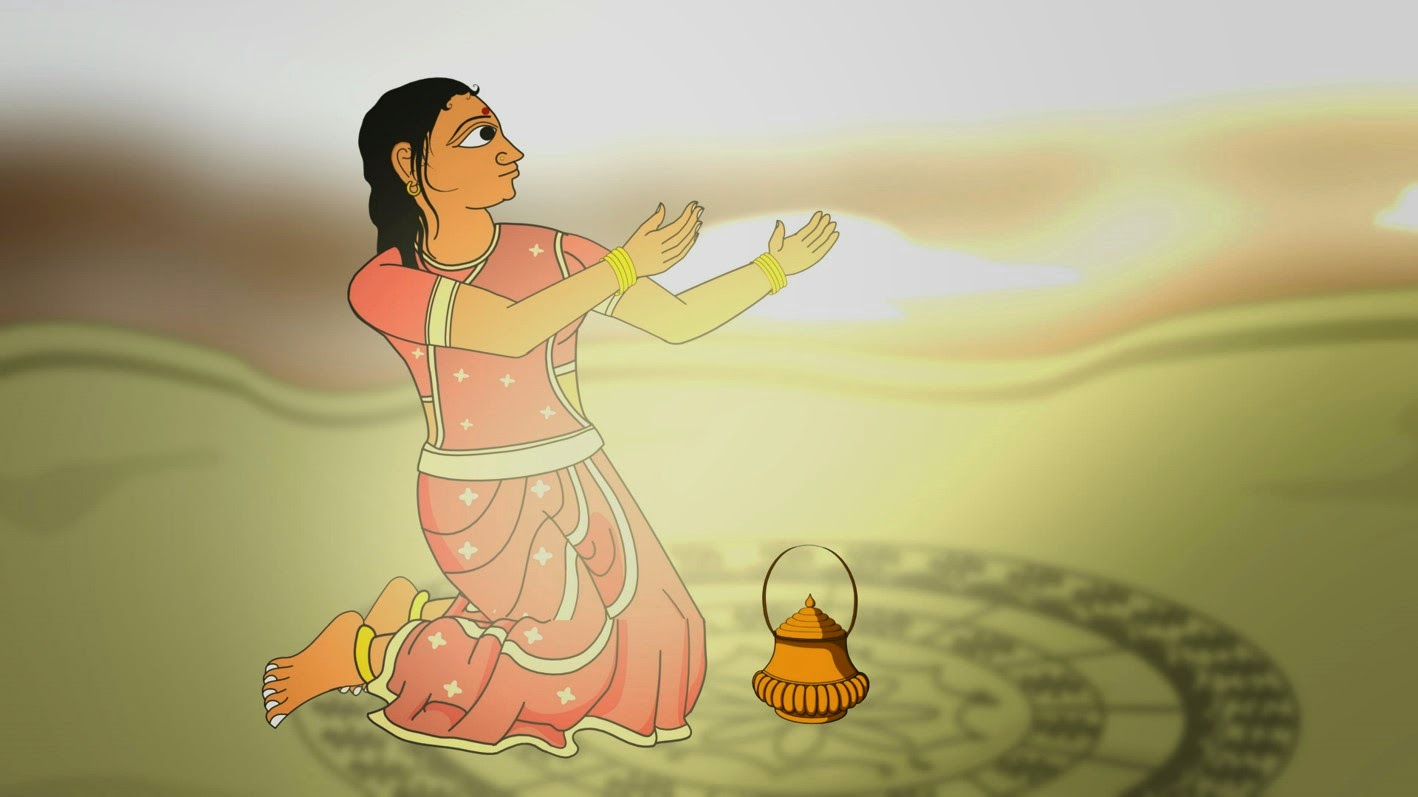 Tamarai kneels before the Lord and suggests that Shiva put his gift in the little pot before her, so she can carry it back to Earth. 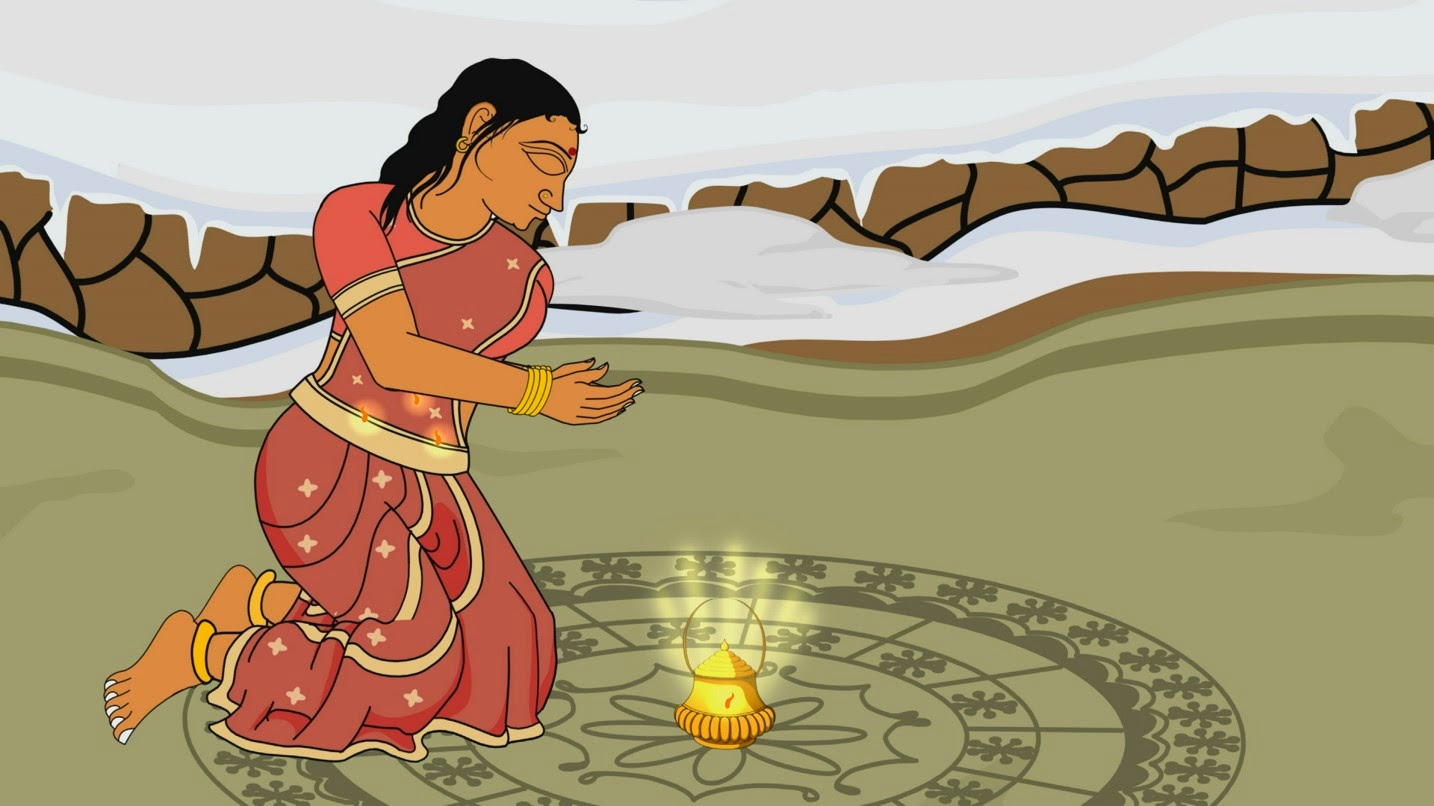 The little jug magically lights up as the blessing enters into it. 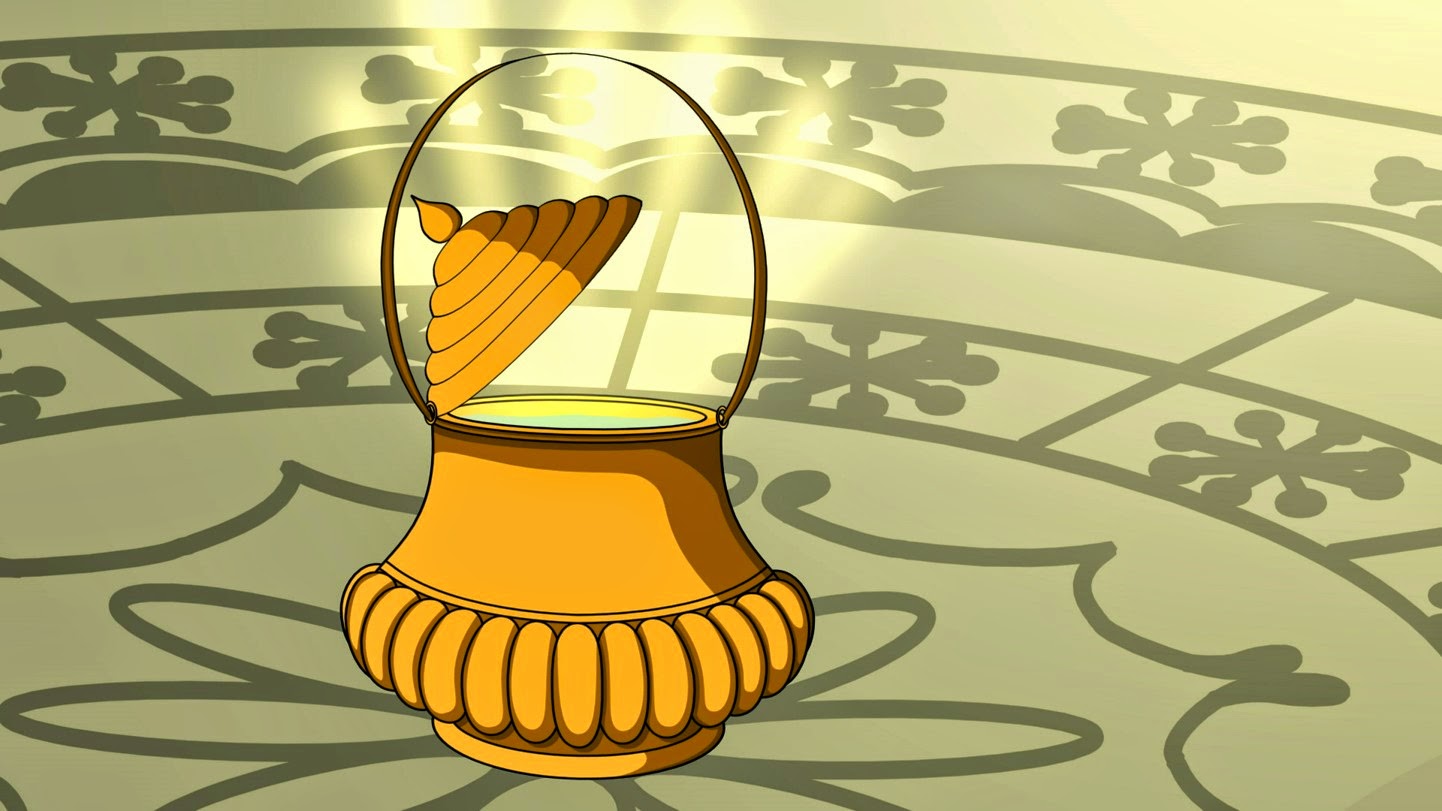 Here is the fine pot of blessings Tamarai will carry with her. It also contains blessings for many others in Ponnivala. All living will begin to prosper when this water is sprinkled on them. 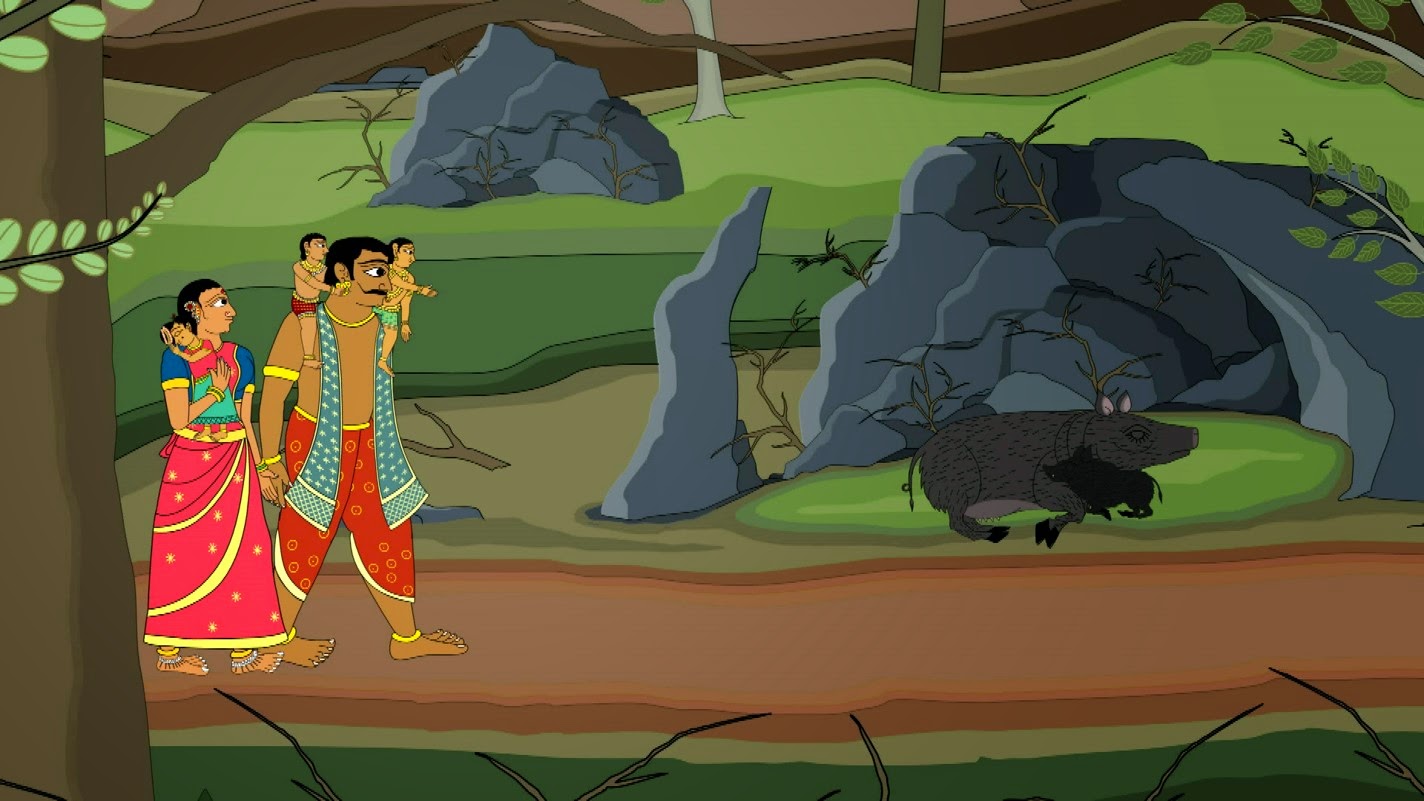 Many years later, Shiva’s gifts have come true. The king and queen now have three young children. But while walking through the forest, the couple see that that a large mother boar now has a baby son. 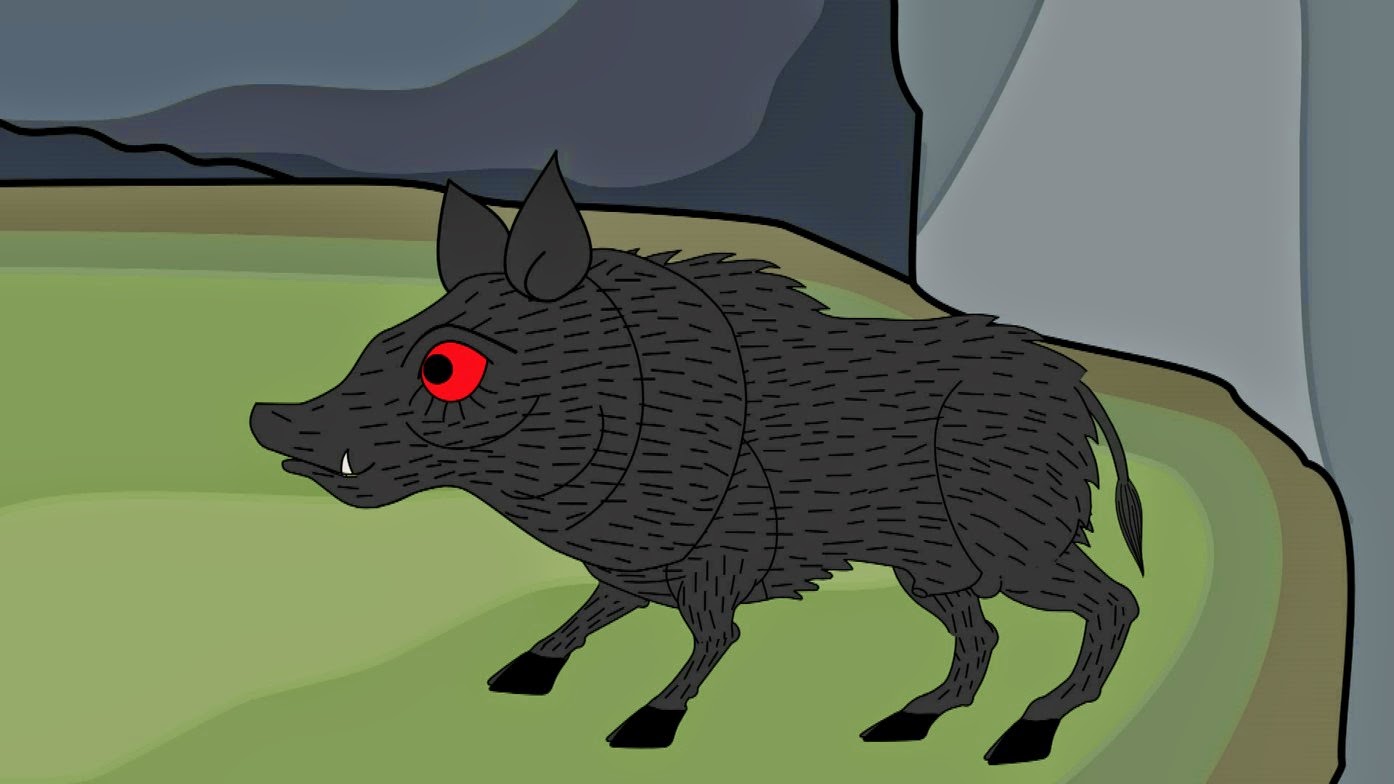 That baby boar looks fierce. His eyes are red. He seems to be exceptionally defiant and strong, even at his very young age! 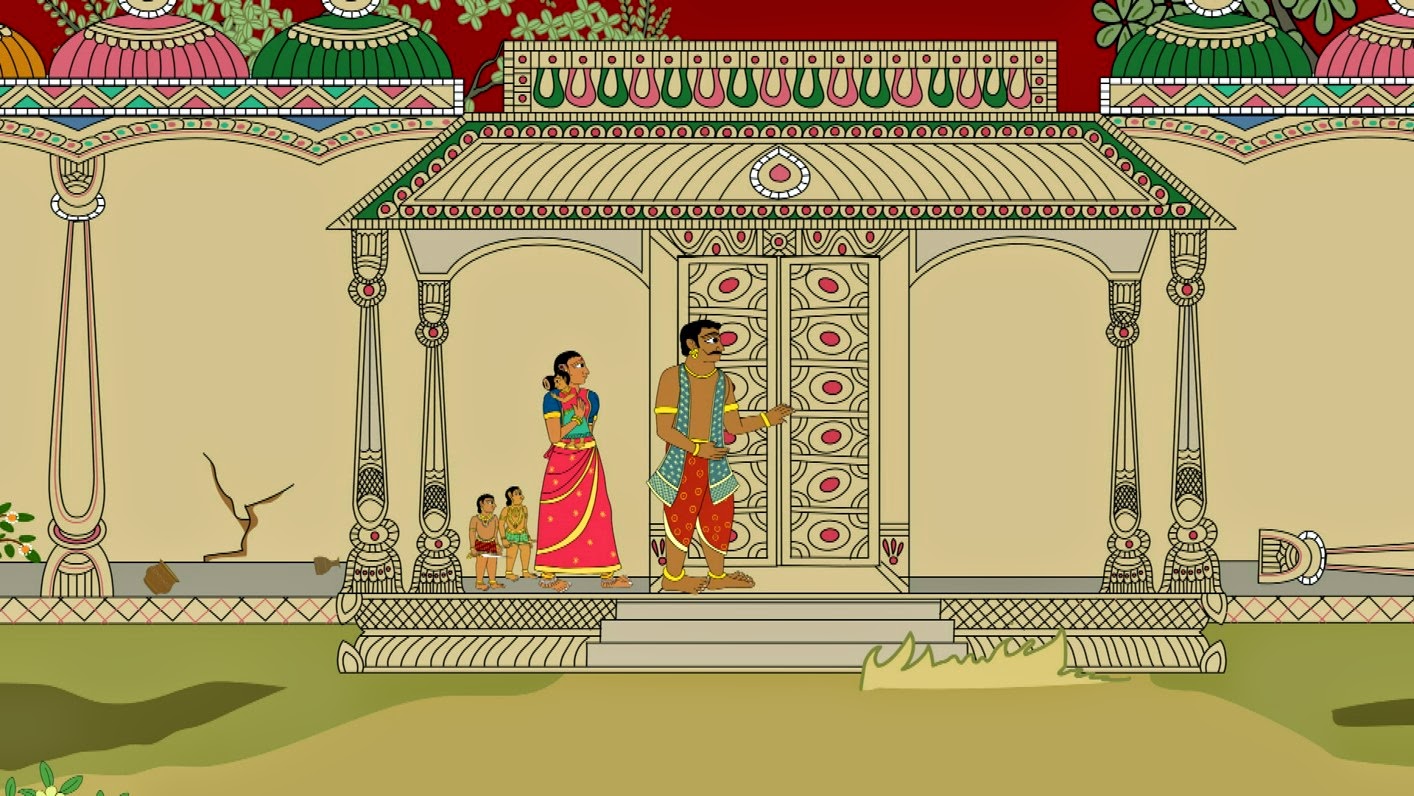 Soon the young family reaches Ponnivala and they arrive at the door of their old palace. 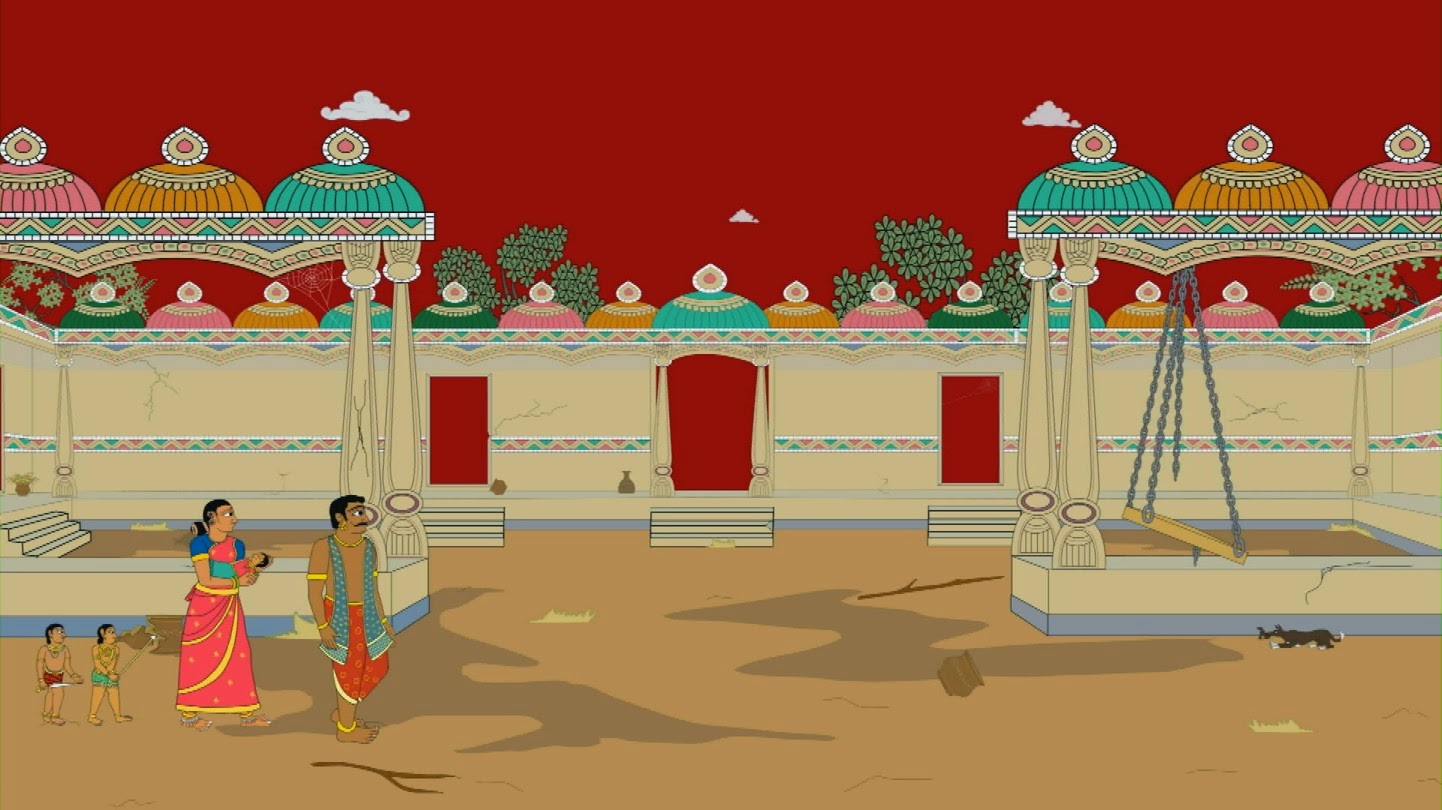 Inside the palace things are badly in need of repair. But lo and behold, there, near a raised porch, lies their old palace dog; and beside her is a new baby pup! 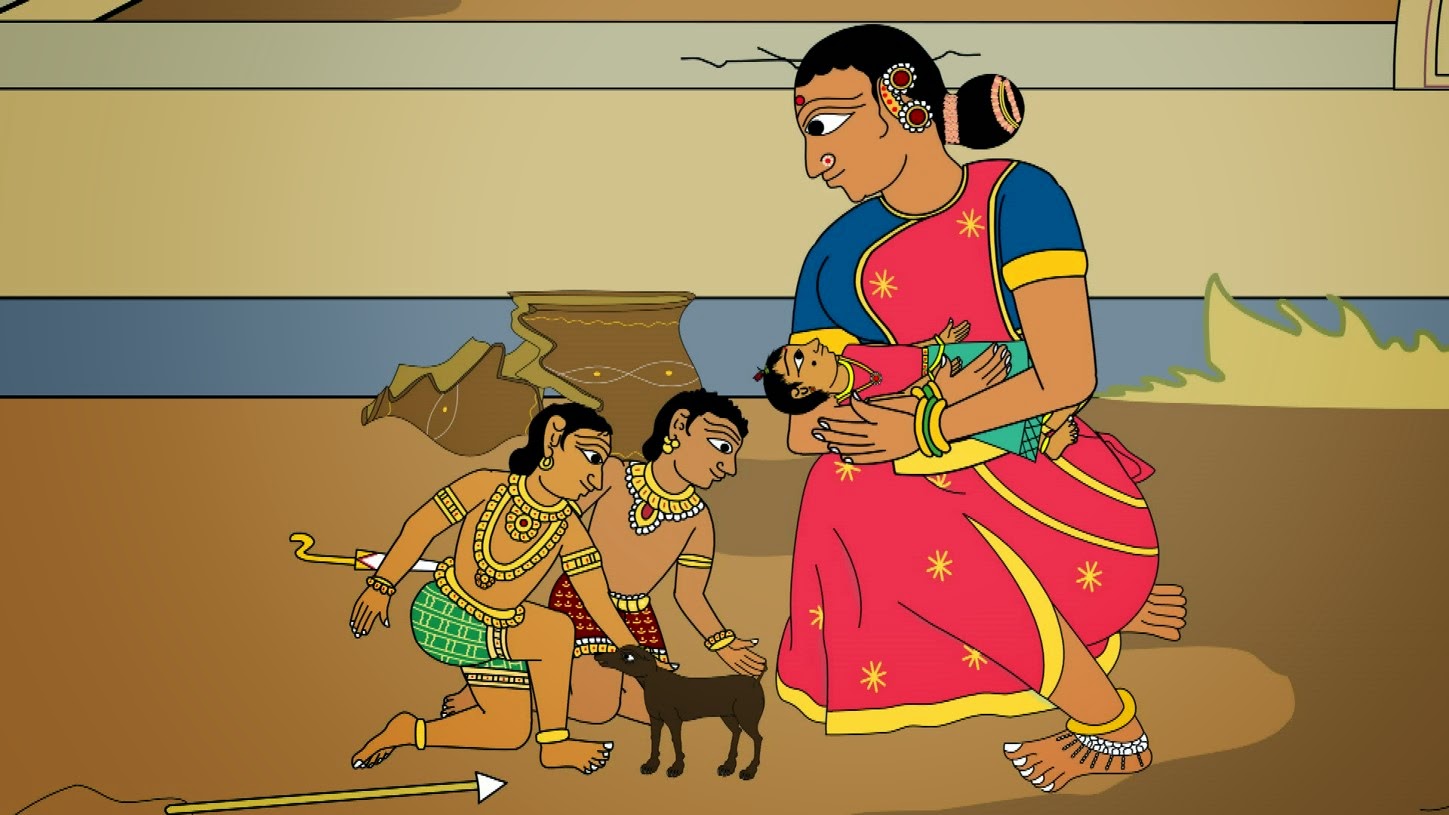 The two young boys bend down to meet their new friend. They begin to imagine all the fun they will have with this newest member of their family.


Posted by Ponnivala Publishing at 12:41