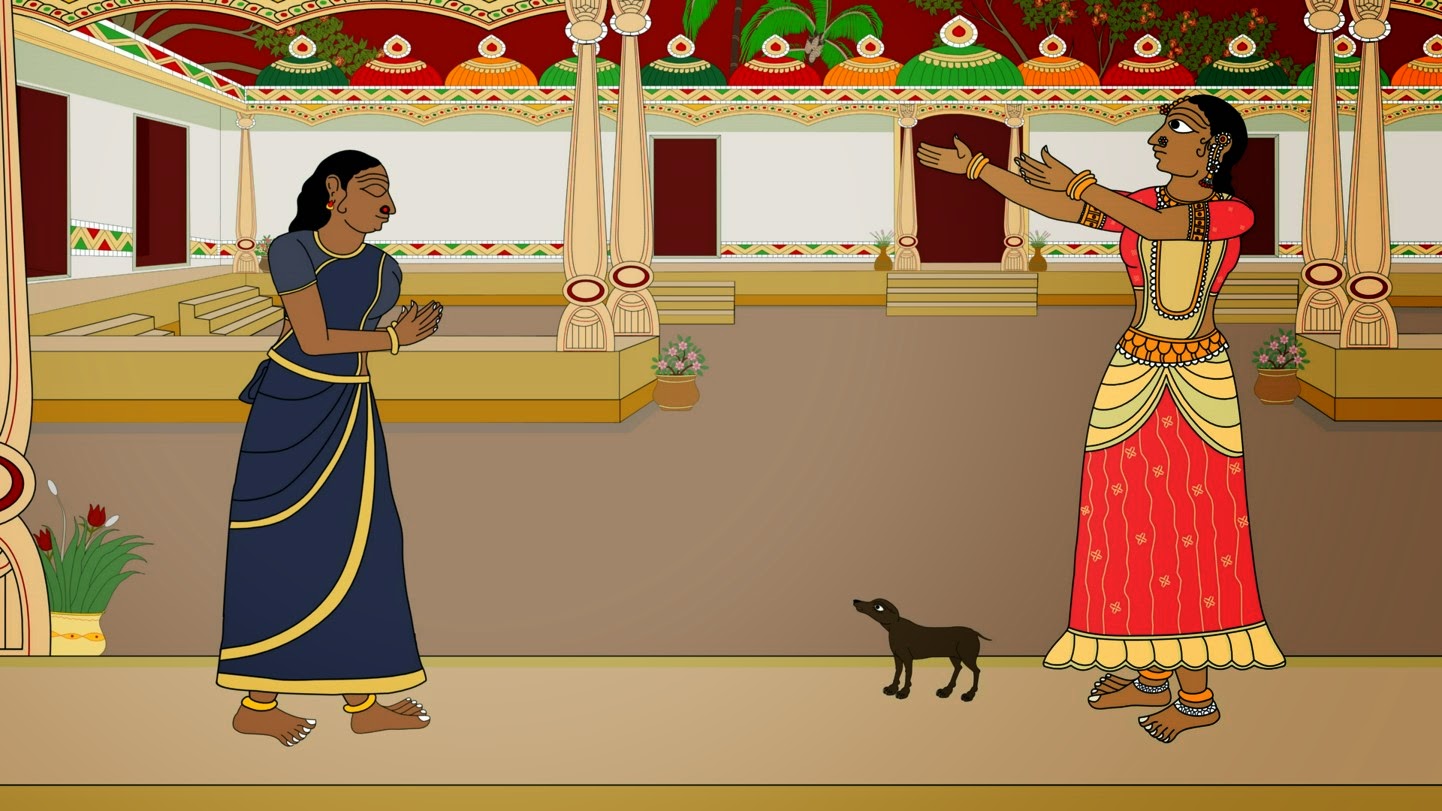 Tangal, princess of Ponnivala, has just heard that one of her maids has been kidnapped by a hunter while fetching water outside the palace. She calls a second maid and asks her to go get the First Minister. 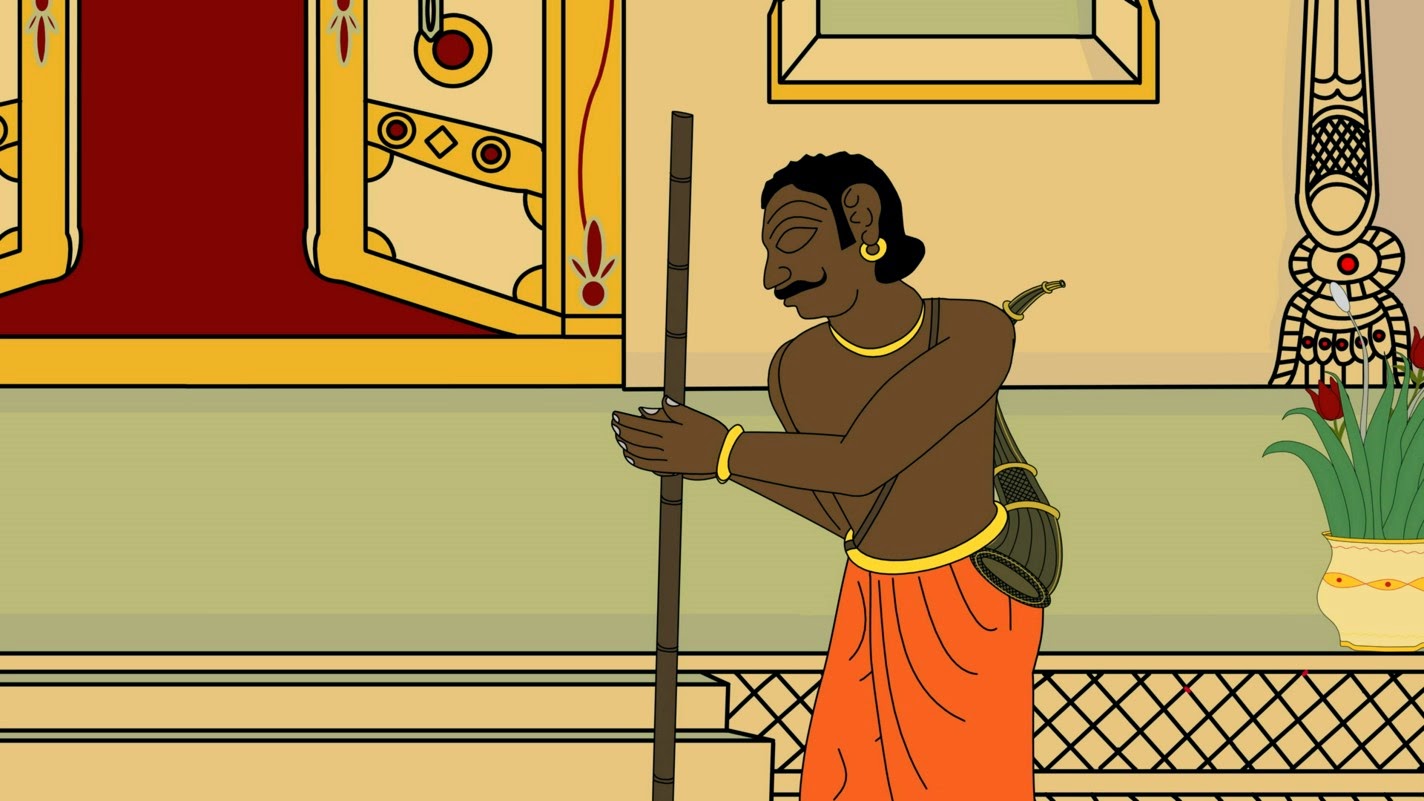 Shambuga arrives and takes Tangal’s order. She asks him to enter the forest and try to find the captured maid. He has brought his magic horn, but won’t need it on this assignment. 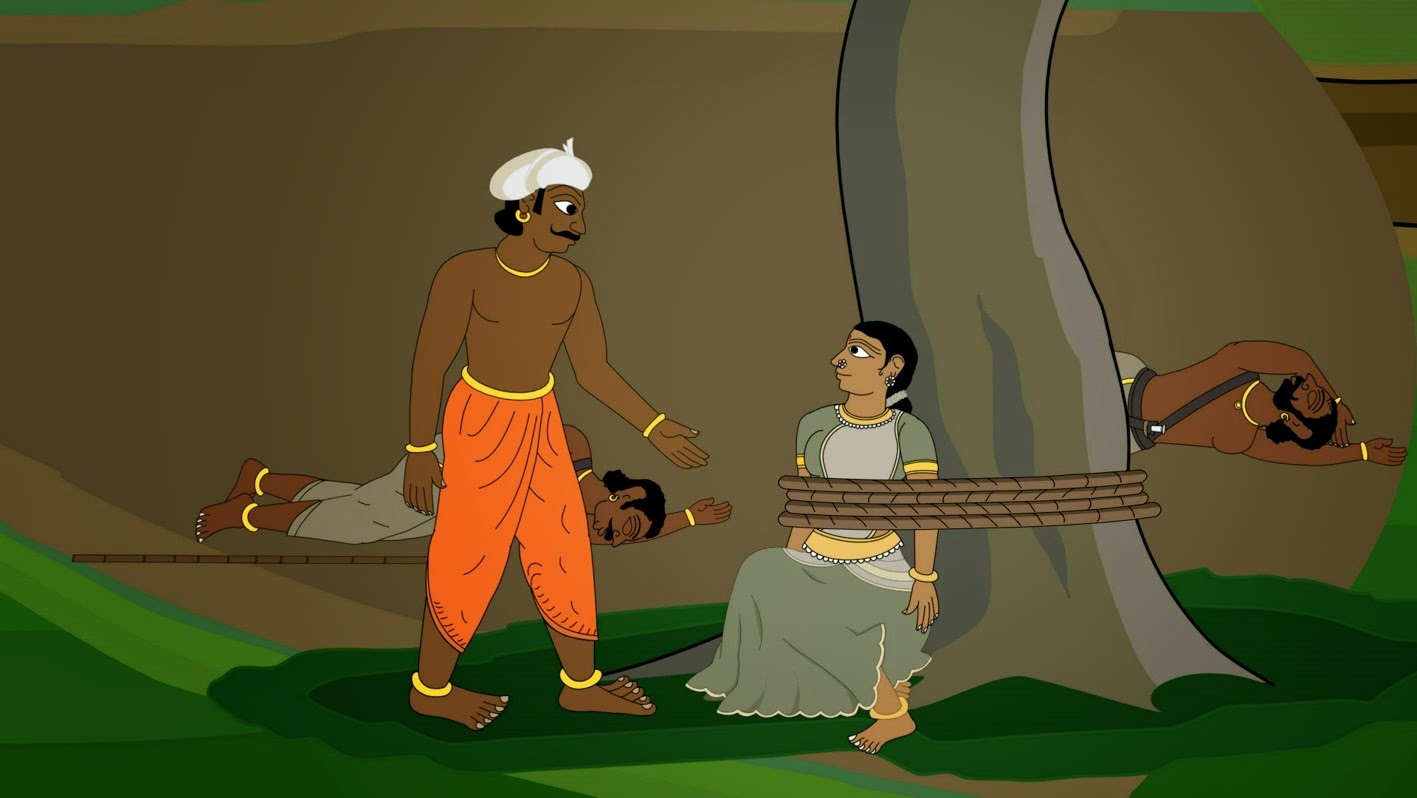 Shambuga is very clever and he does manage to find the maid. She has been tied to a tree. He knocks a couple of hunter-guards unconscious and then unties the poor woman. 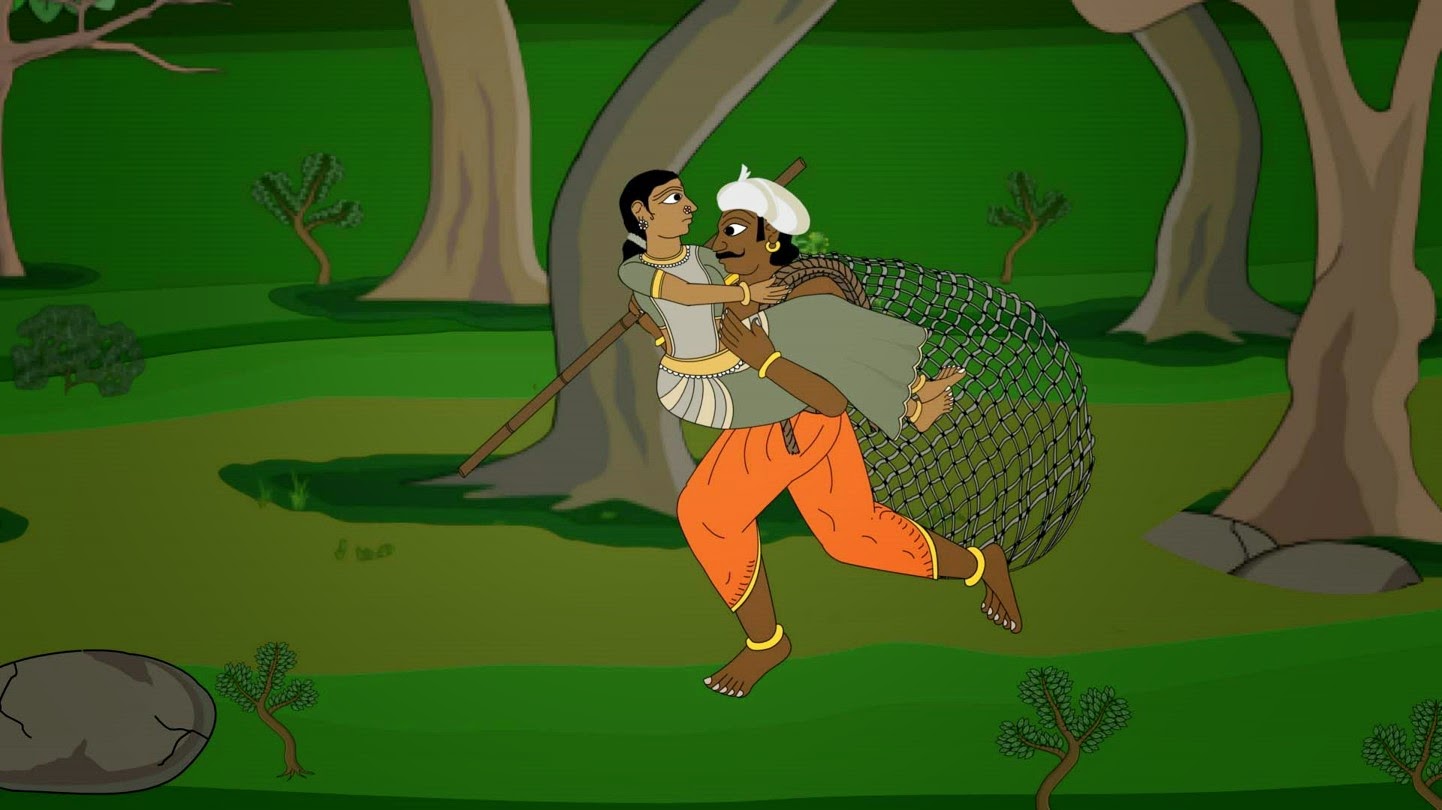 Then Shambuga carries the maid back to the palace at a run. Miraculously, she is unharmed. 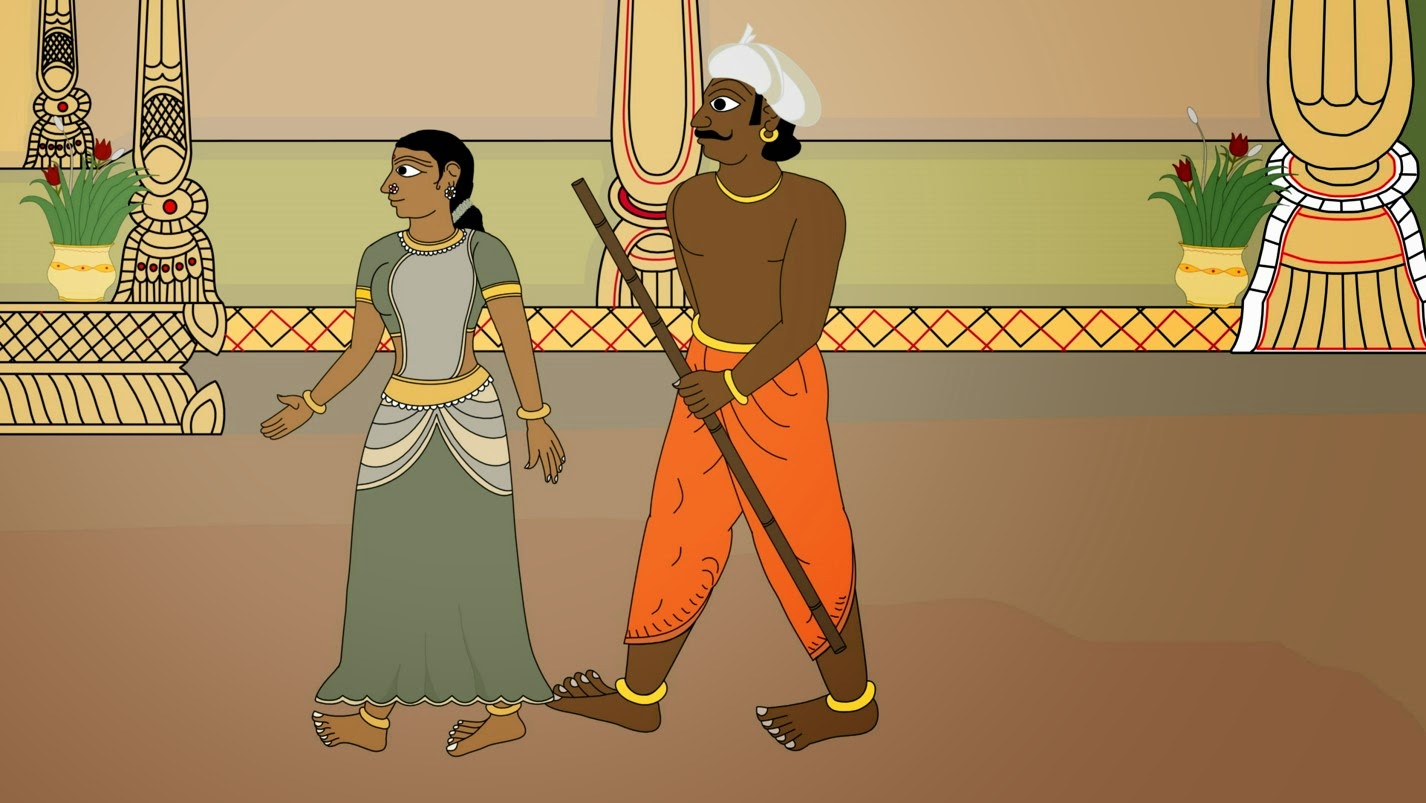 The two arrive back at the palace safely. But of course the maid is still scared and shaken. 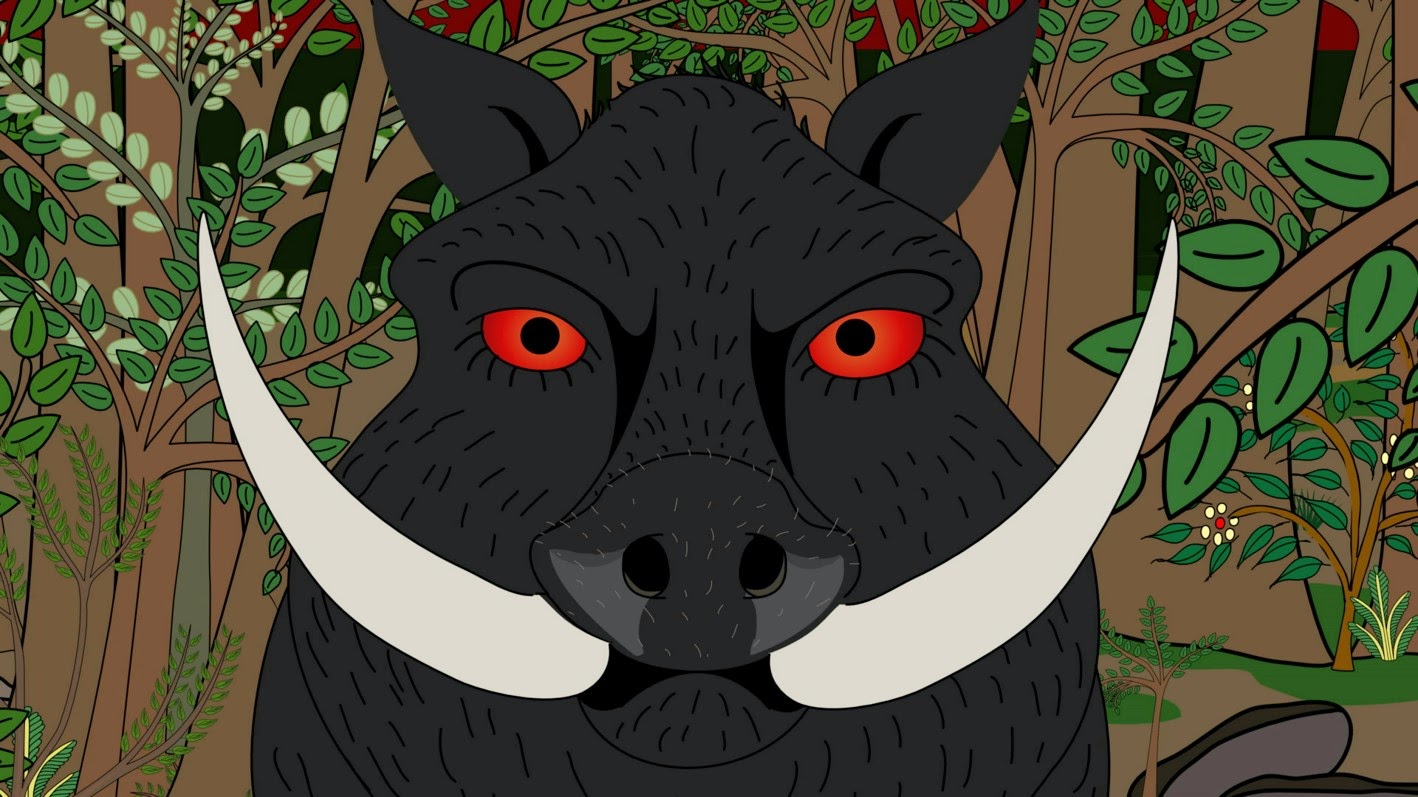 Soon after this there is another grave crisis. The huge boar Komban has just destroyed the farmers’ crops and challenged them to war! 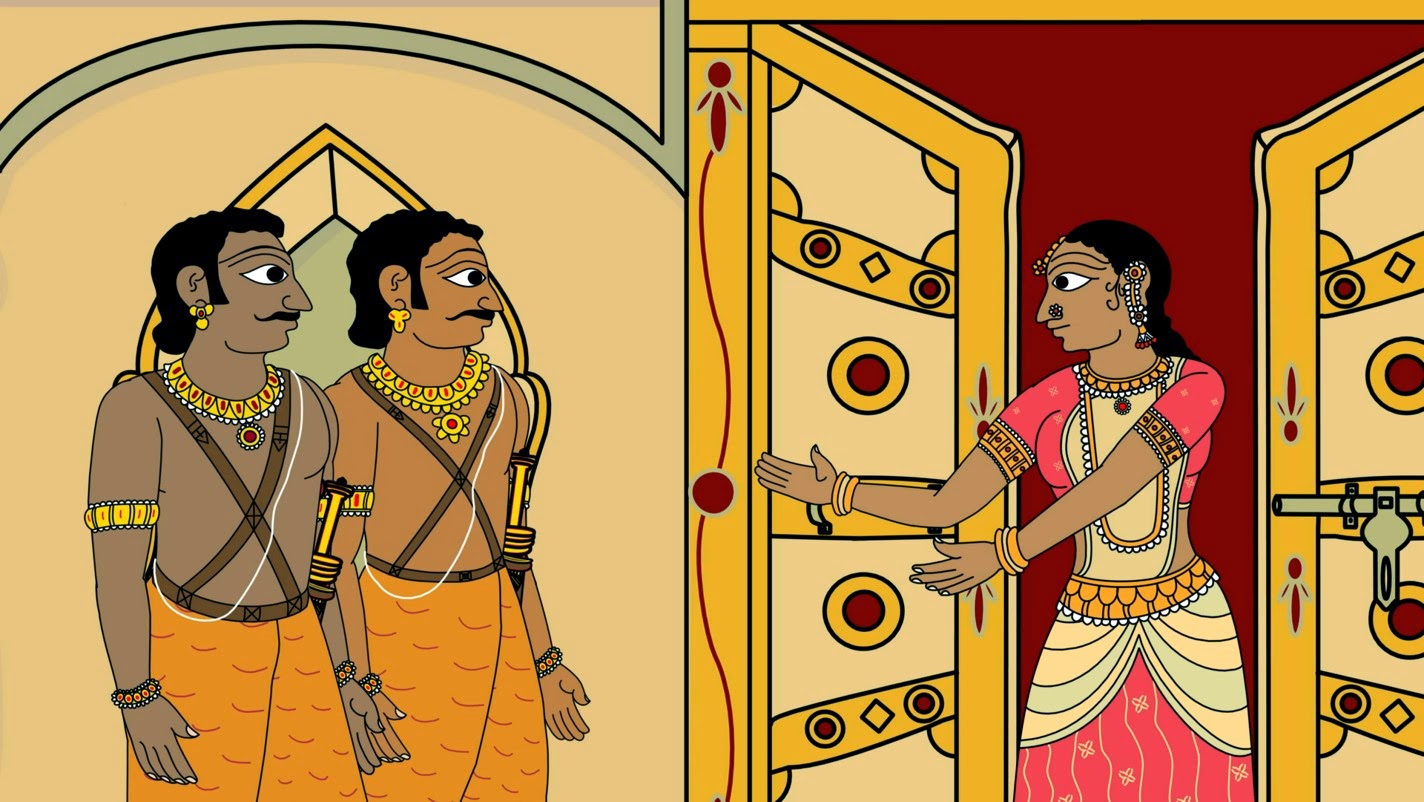 Tangal’s brothers are very upset about what Komban has just done. They announce to Tangal that they will take up his challenge and organize a hunt. Of course Tangal is worried. 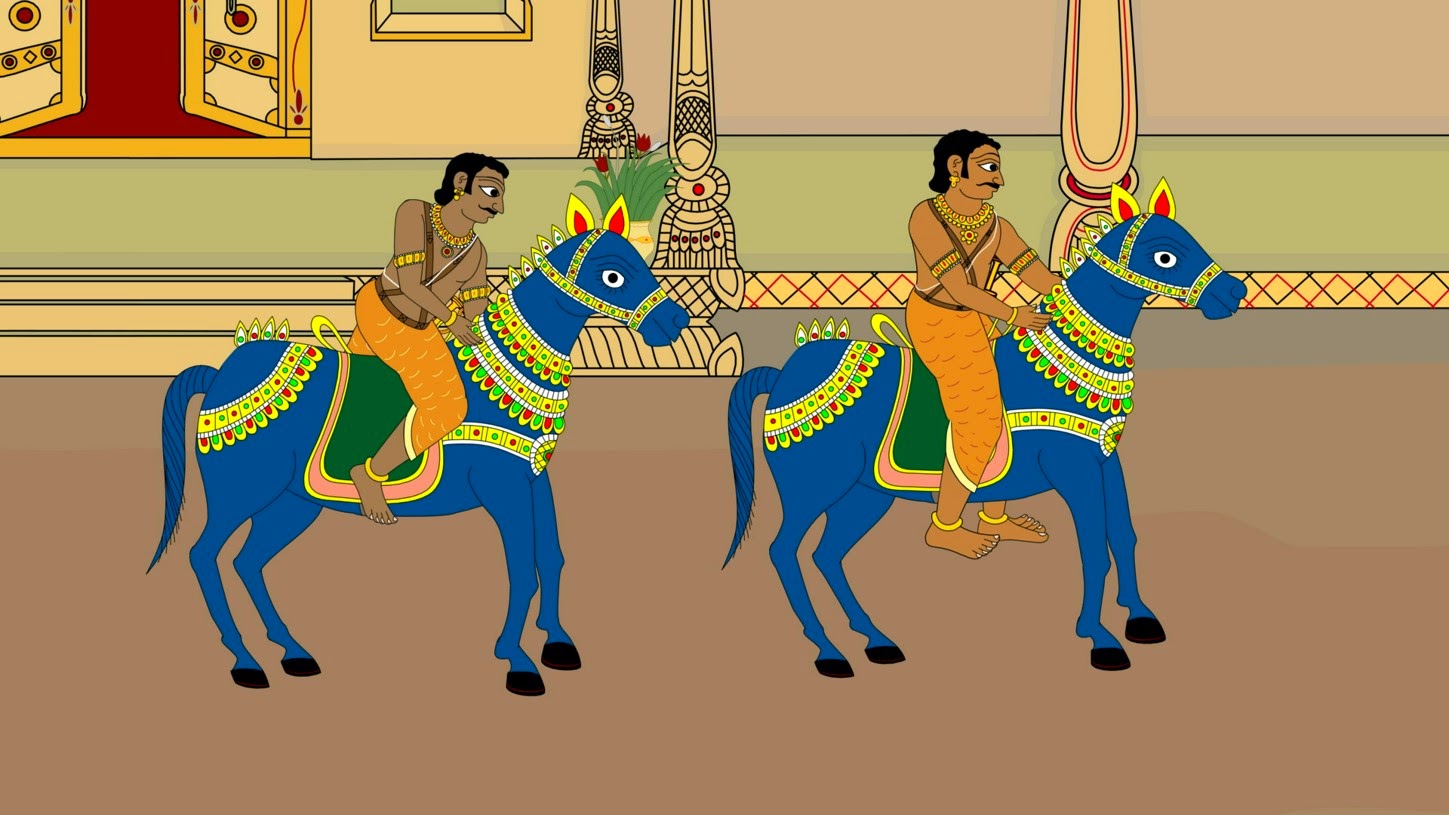 The brothers dress in their fighting silks. They mount their magical blue horses and take off, despite their sister’s misgivings. 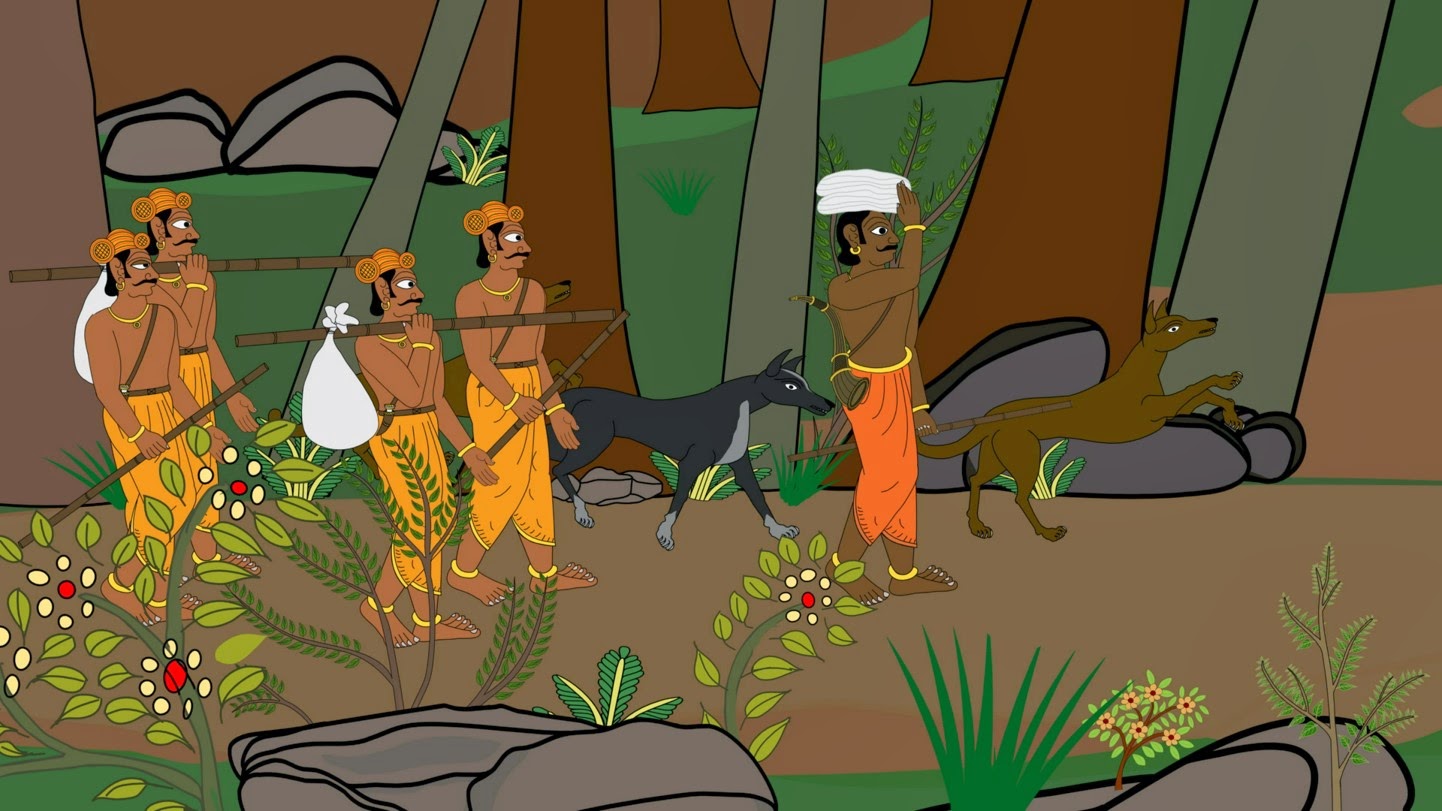 The First Minister follows on foot, carrying the heroes’ hunting tent. He takes a number of local village fighters with him, and has asked that they bring along their large hunting dogs. 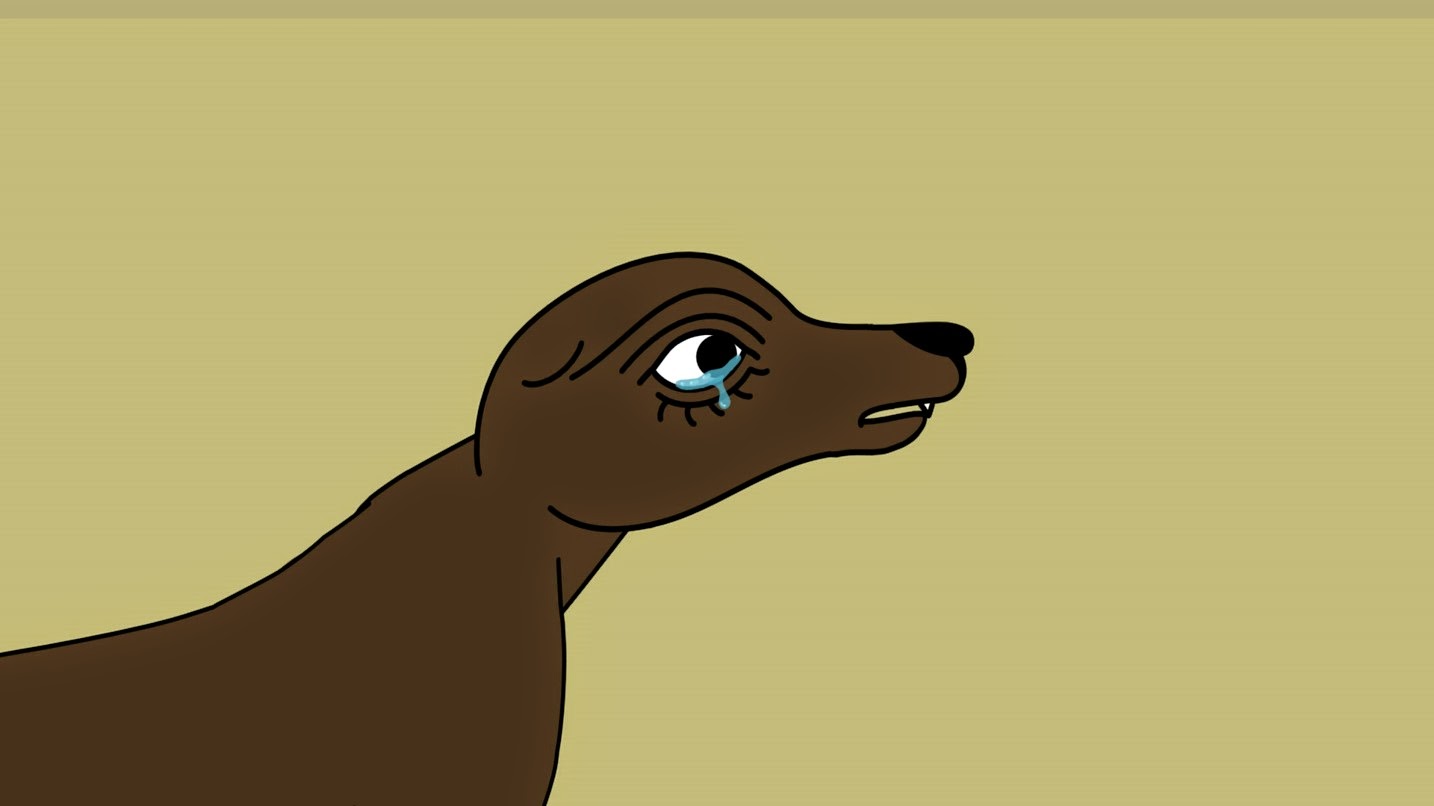 Ponnachi feels snubbed. “Why are all those hunting dogs going to the big fight while they are not taking me?” she thinks to herself. 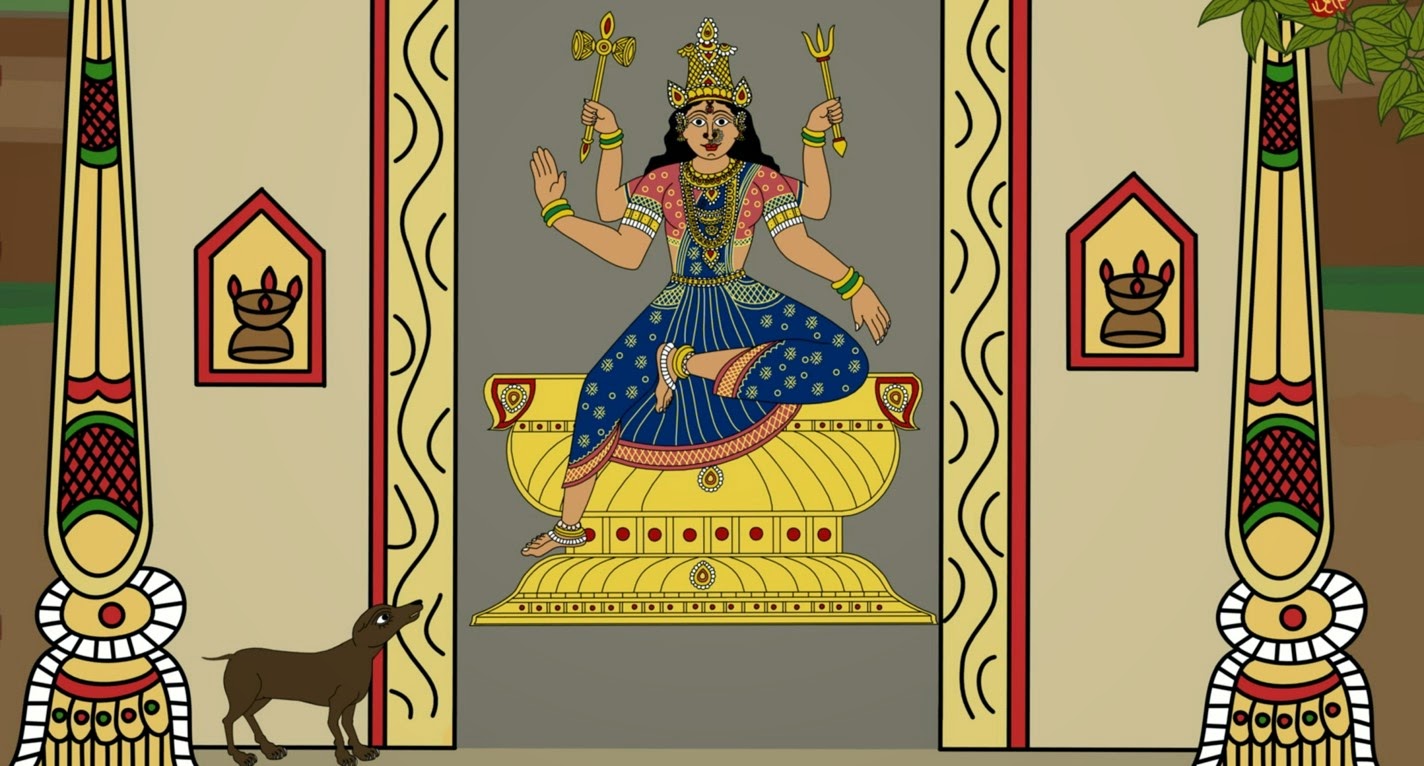 Ponnachi quickly runs to the local goddess temple and addresses the divine lady inside. “Please help me,” she cries out. 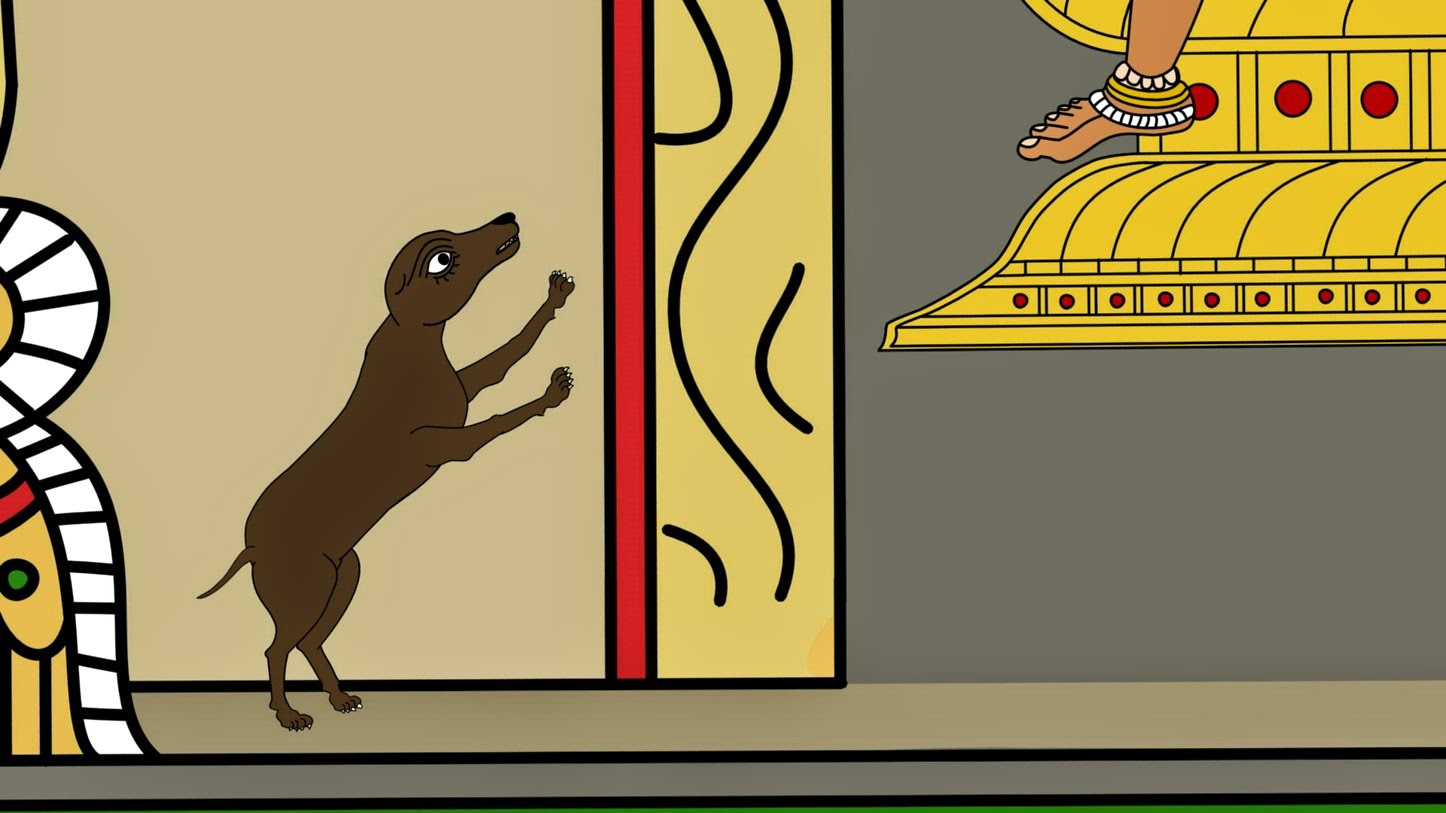 Ponnachi stands on her hind legs and asks the goddess for a curse. She asks that the brothers fall sick in their hunting tent as a punishment for not having invited her to go along. 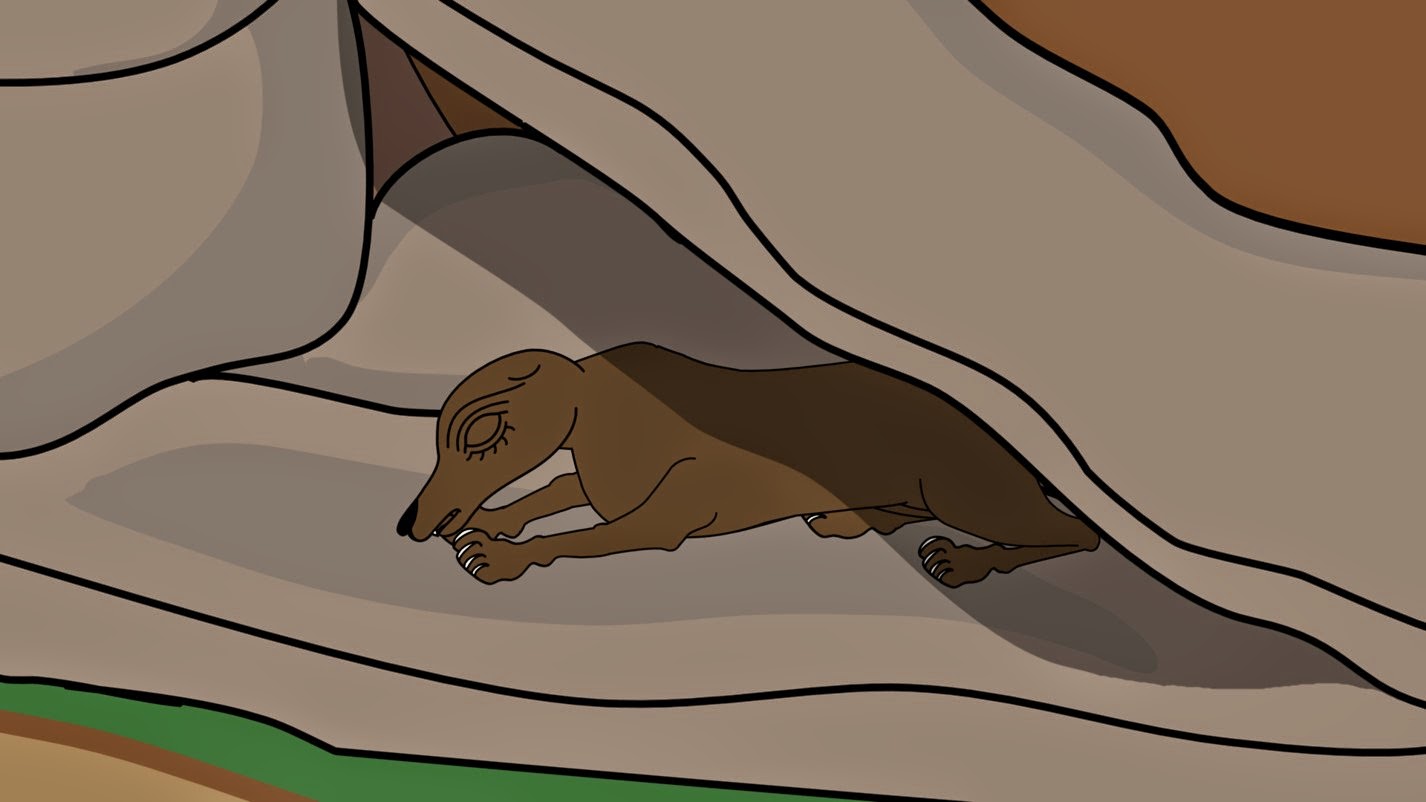 The goddess grants the request and Ponnachi is satisfied. She goes to hide in a small cave to wait. 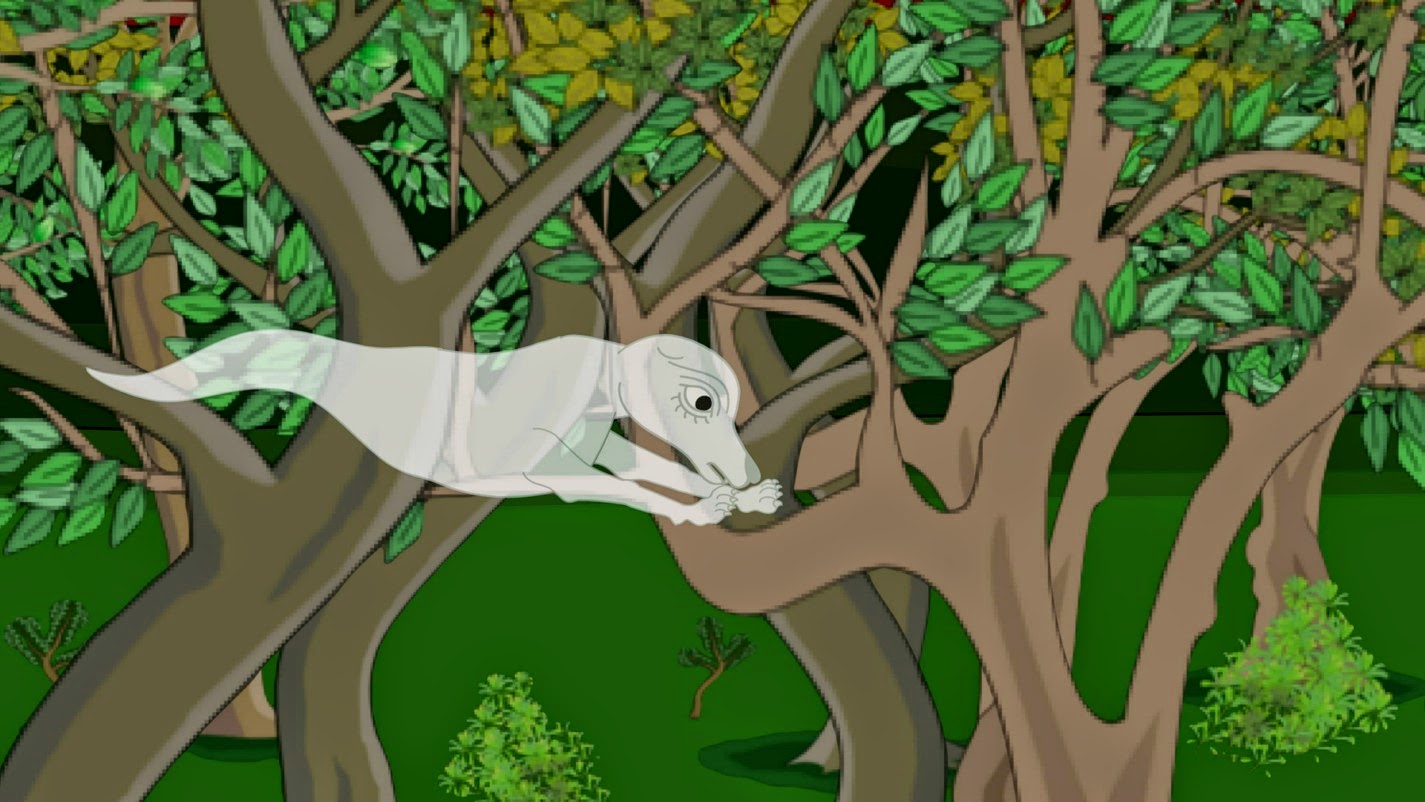 Soon a curse leaves the cave as Ponnachi dreams. This curse flies towards the brothers’ war tent and finds them there. 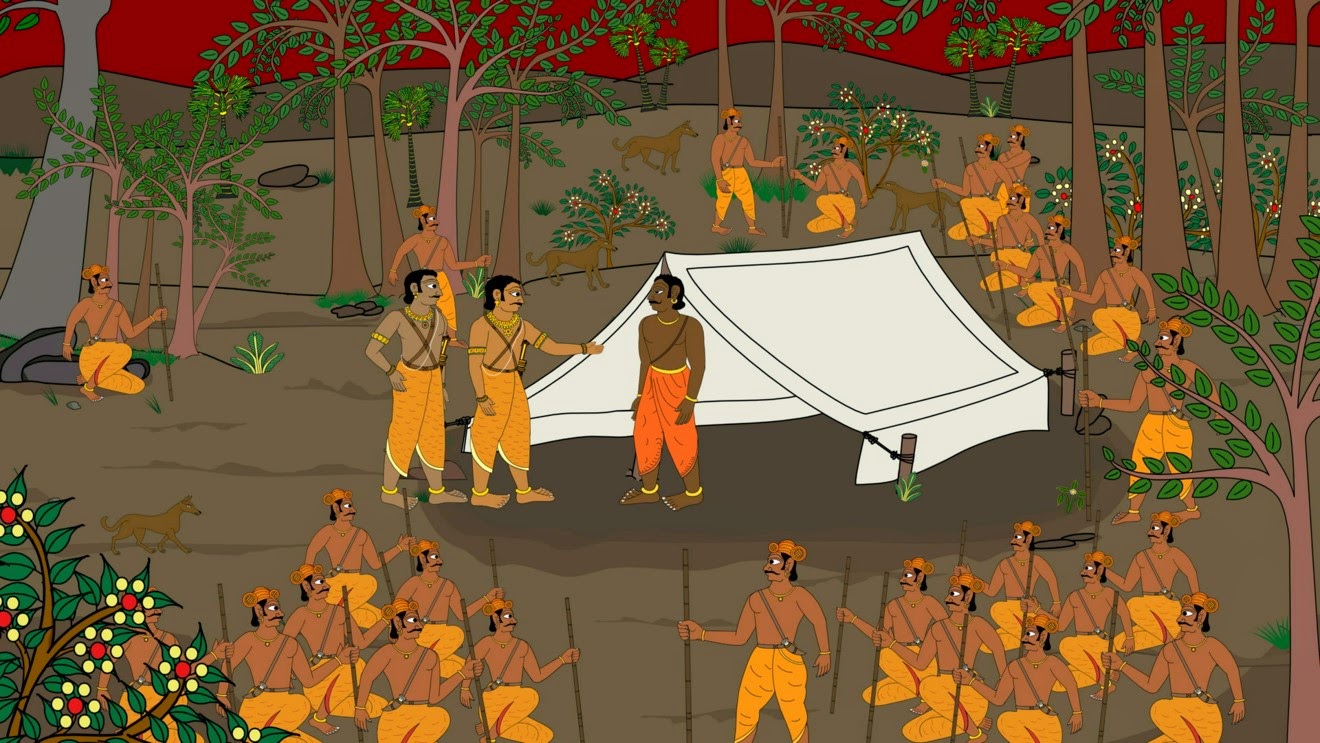 At the war tent both brothers start to feel unwell. But their fighters are ready to go. So they ask their First Minister to lead an initial expedition and locate the boar’s cave without them! 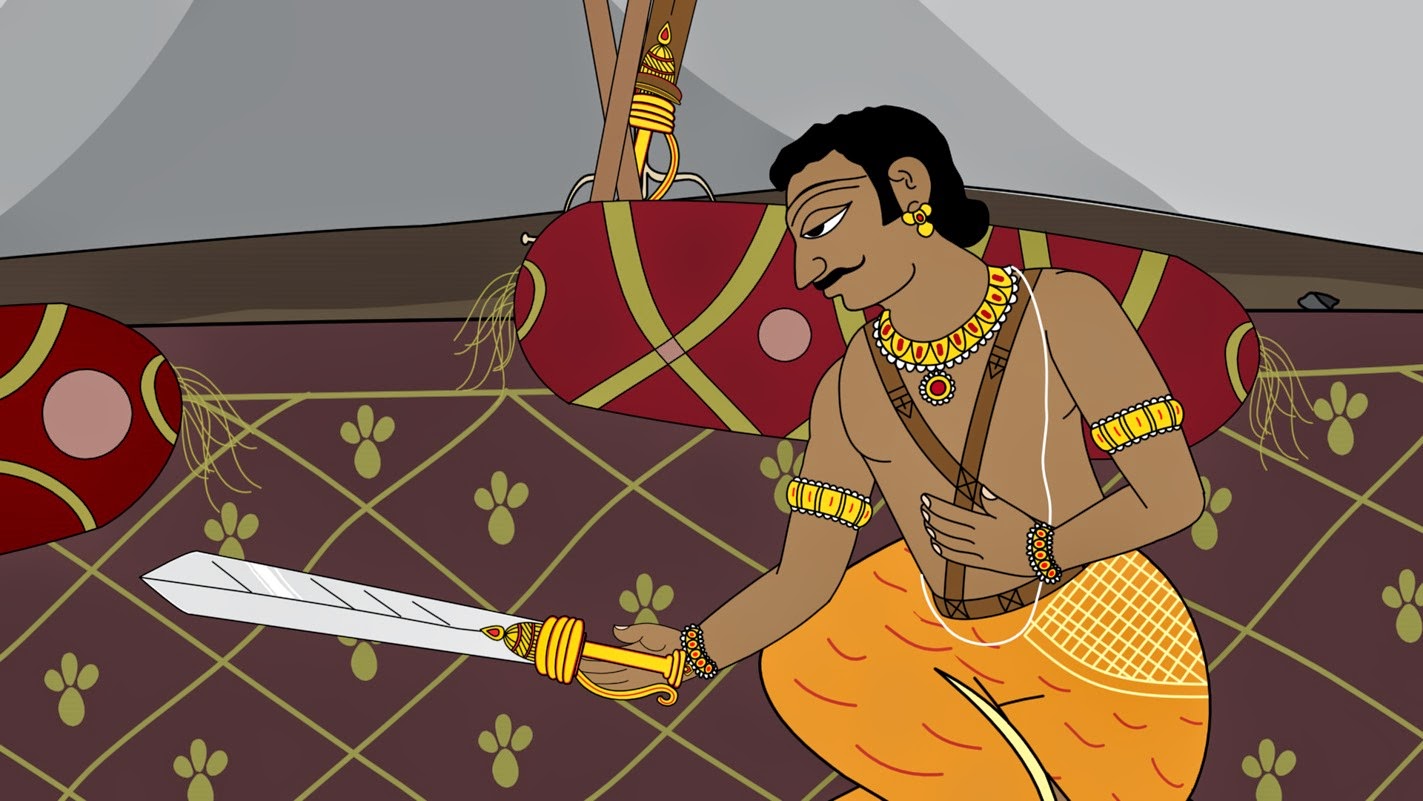 Meanwhile the brothers lie down in their hunting tent. They are suffering from the curse of the little dog. Neither has the energy to lead this boar hunt.