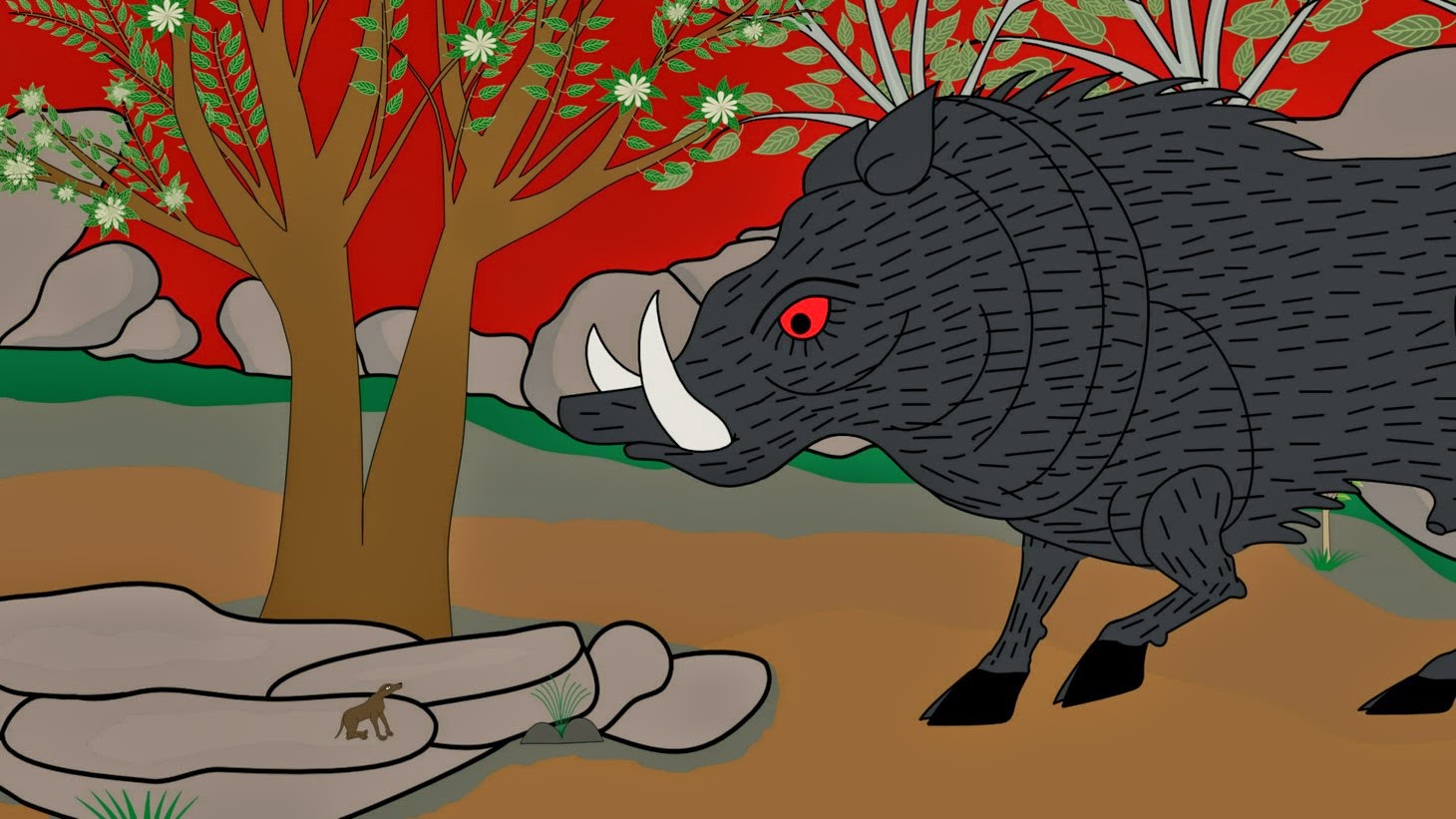 After their reconciliation, Ponnachi presents her plan. She sets out alone to talk to the boar, while the two heroes wait for results. 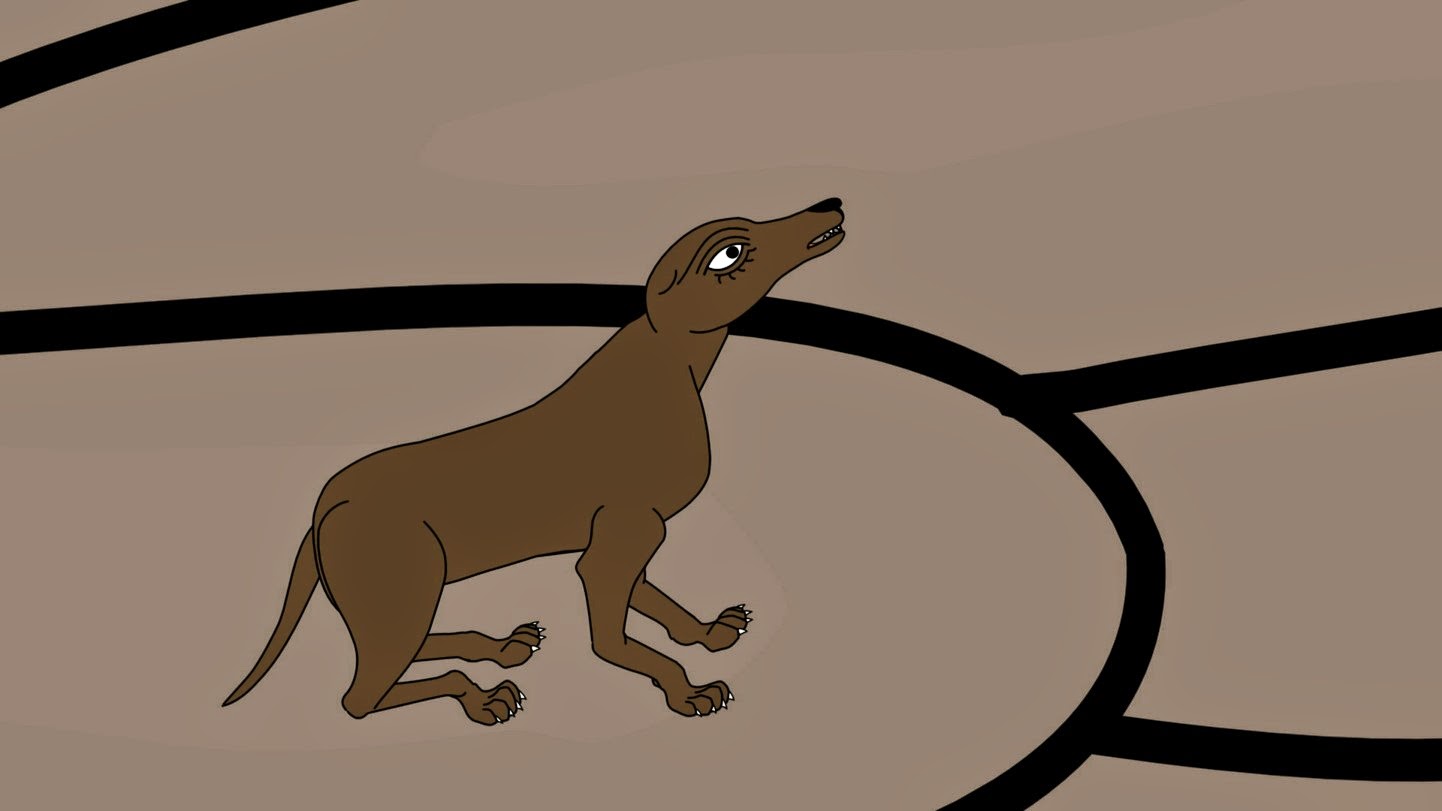 Ponnachi bravely talks to the boar, asking for respect. Unfortunately, he starts to taunt and bully her, refusing to show her respect. 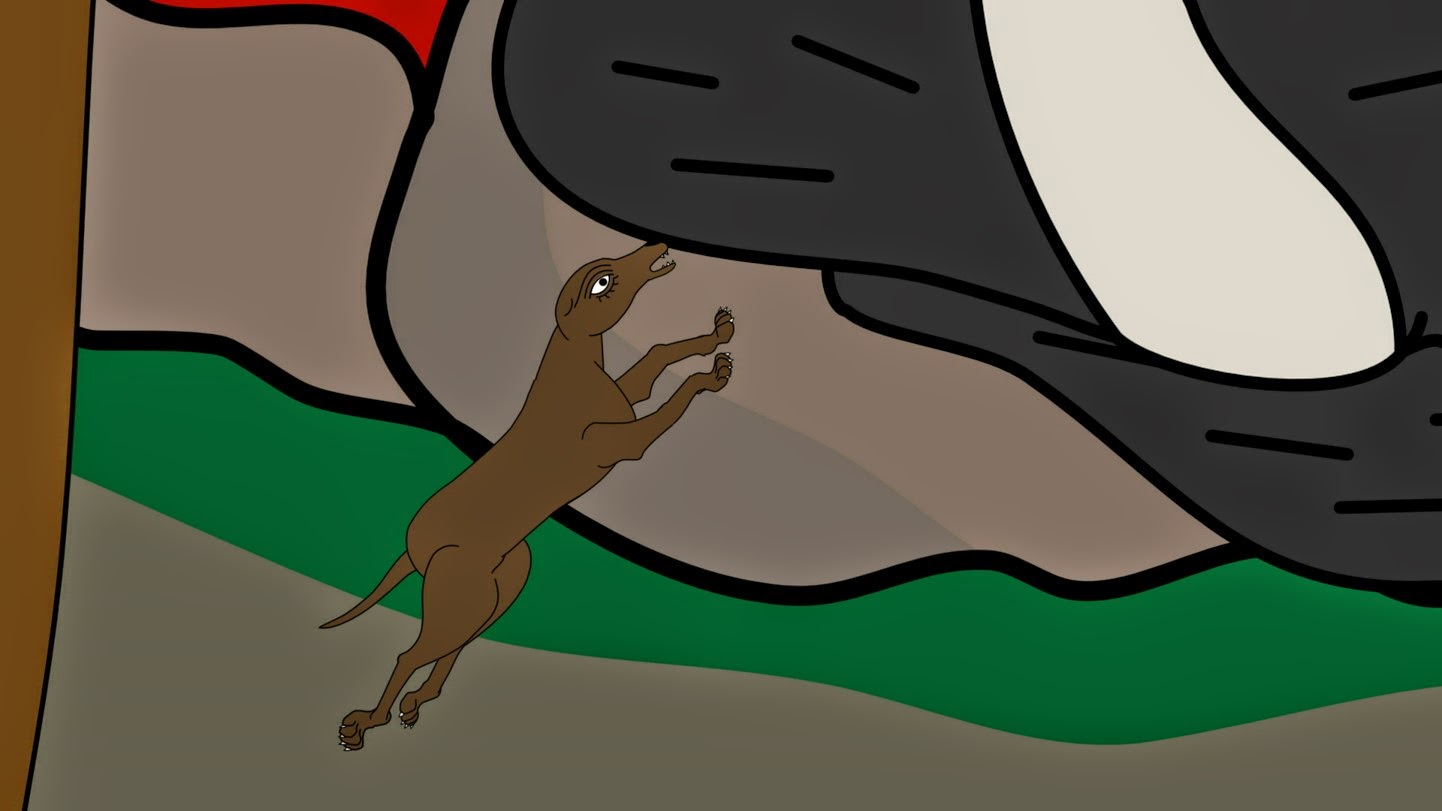 So Ponnachi makes good on her threat. She jumps up onto the boar’s head and chews off one ear! 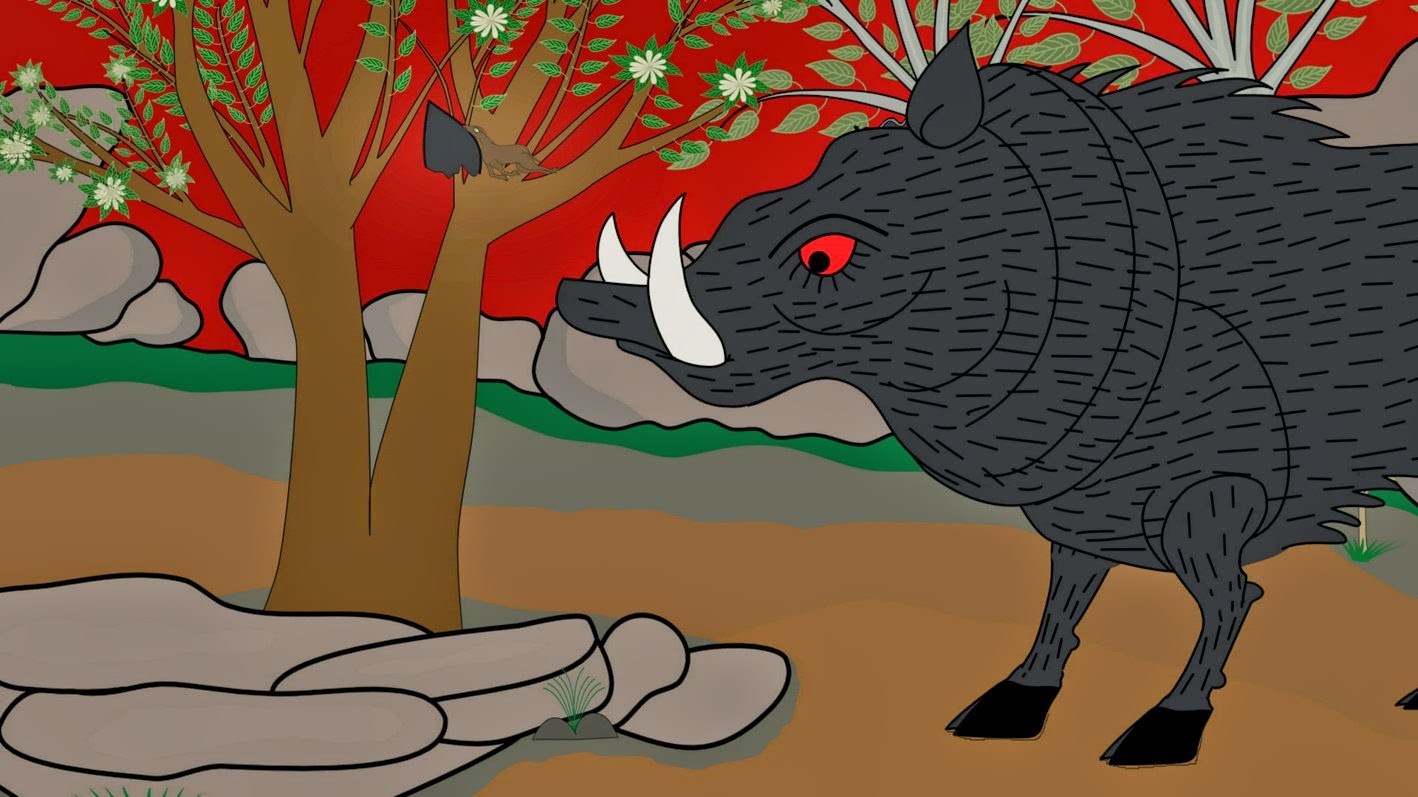 Then she flies back down to the rock with the boar’s right ear held tightly between her teeth! 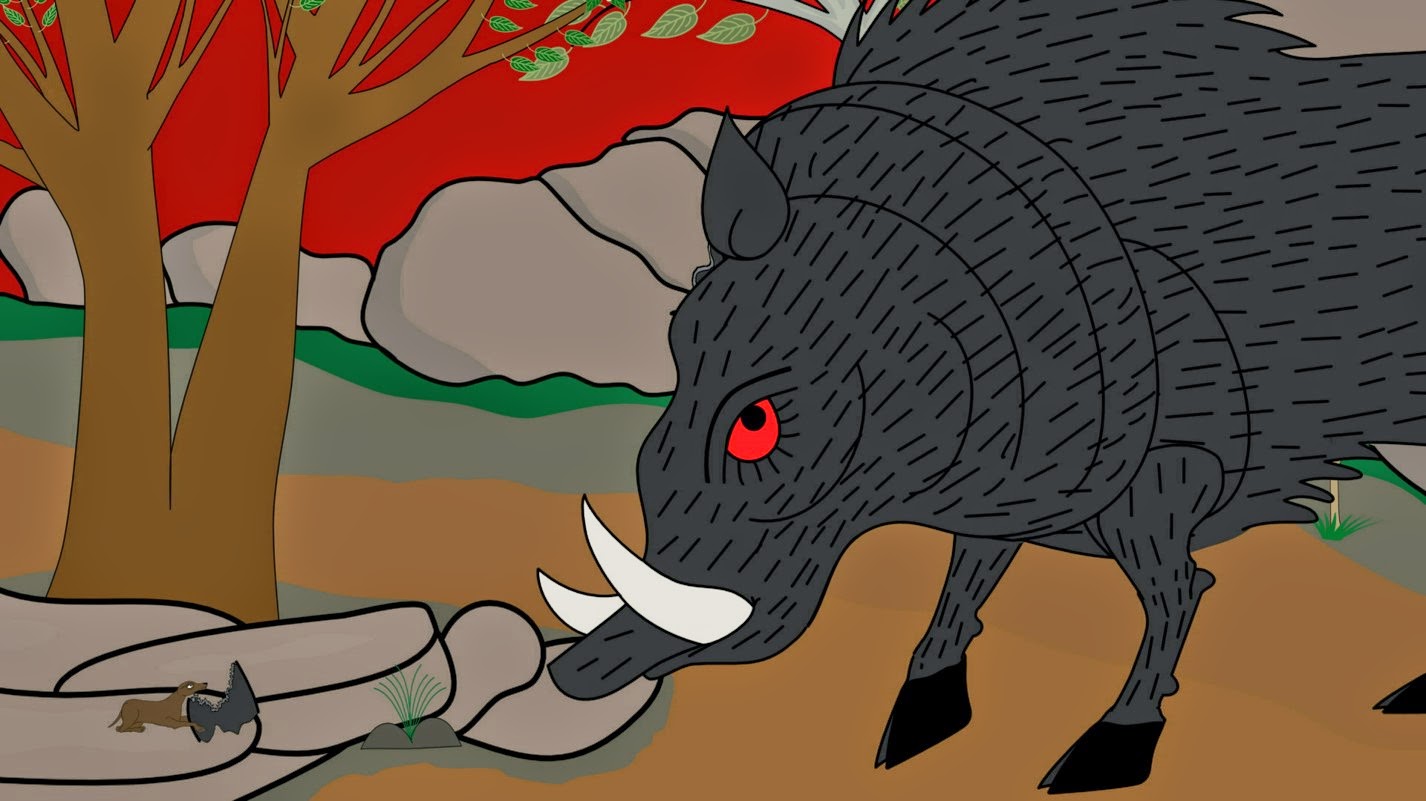 Ponnachi starts to eat the ear, while Komban looks on in dismay and disbelief! But he still refuses to show her respect. 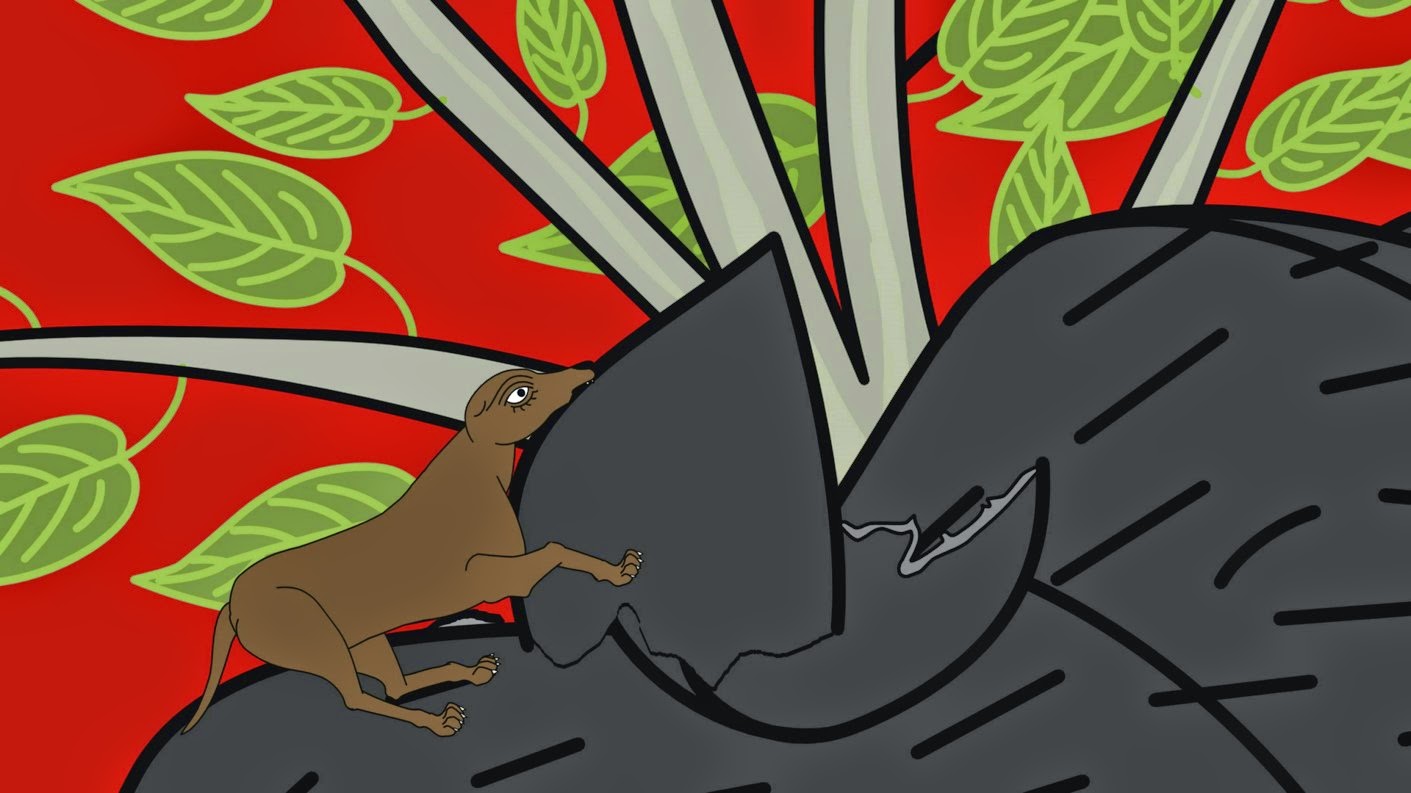 So Ponnachi jumps up again and chews off the boar’s left ear! 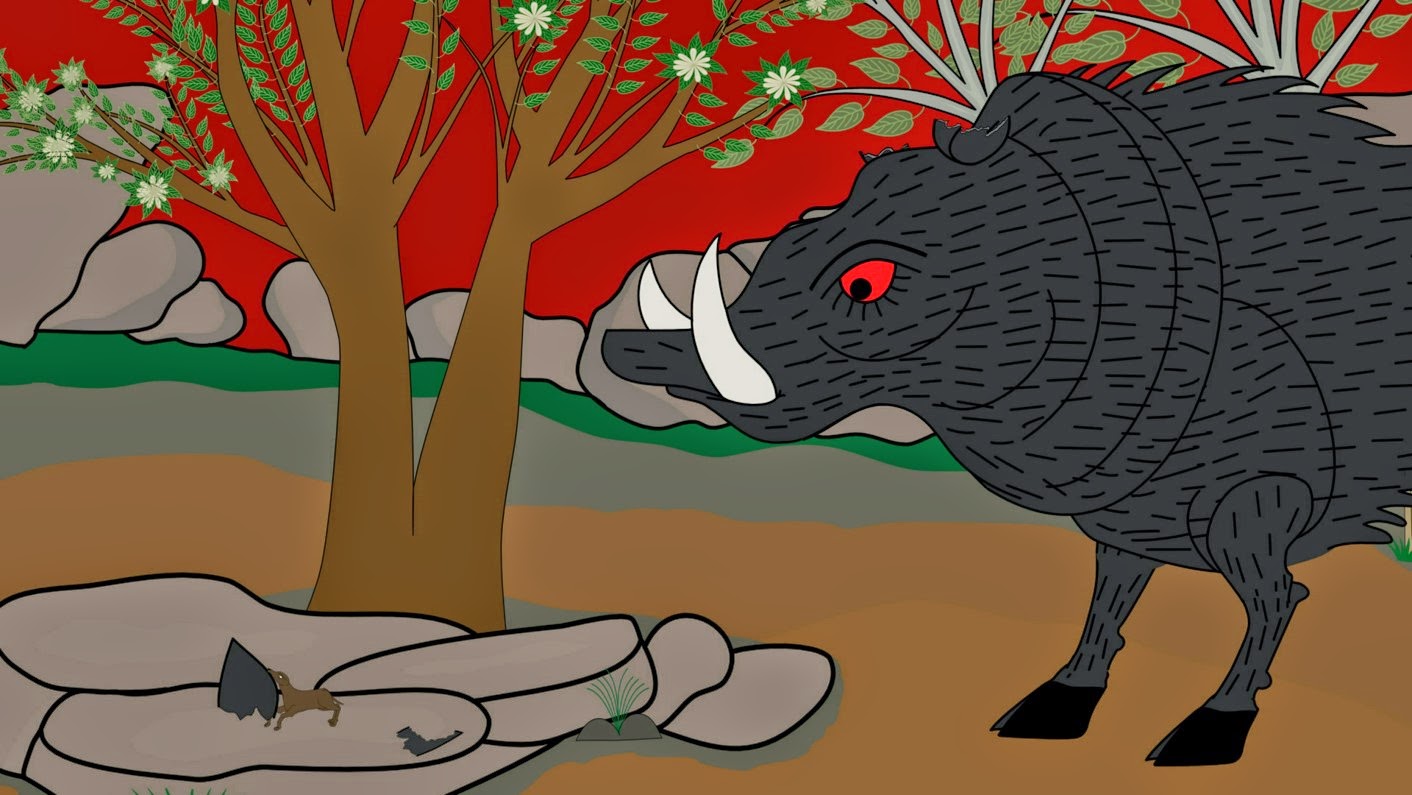 Then the little dog starts to eat the boar’s second ear! Komban grows more and more uncomfortable... and angry! 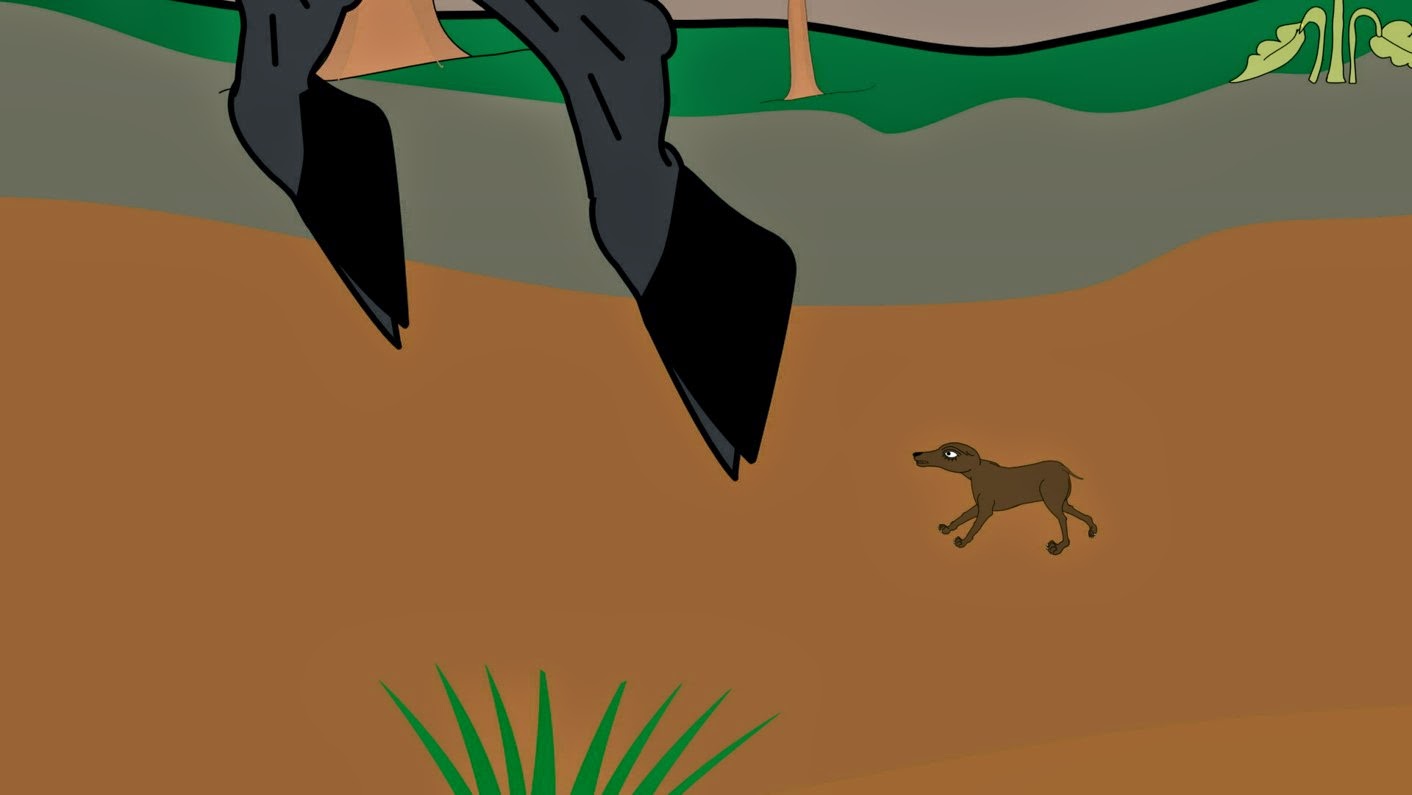 After failing to think of any other plan, Komban starts to run. But Ponnachi follows him in hot pursuit! 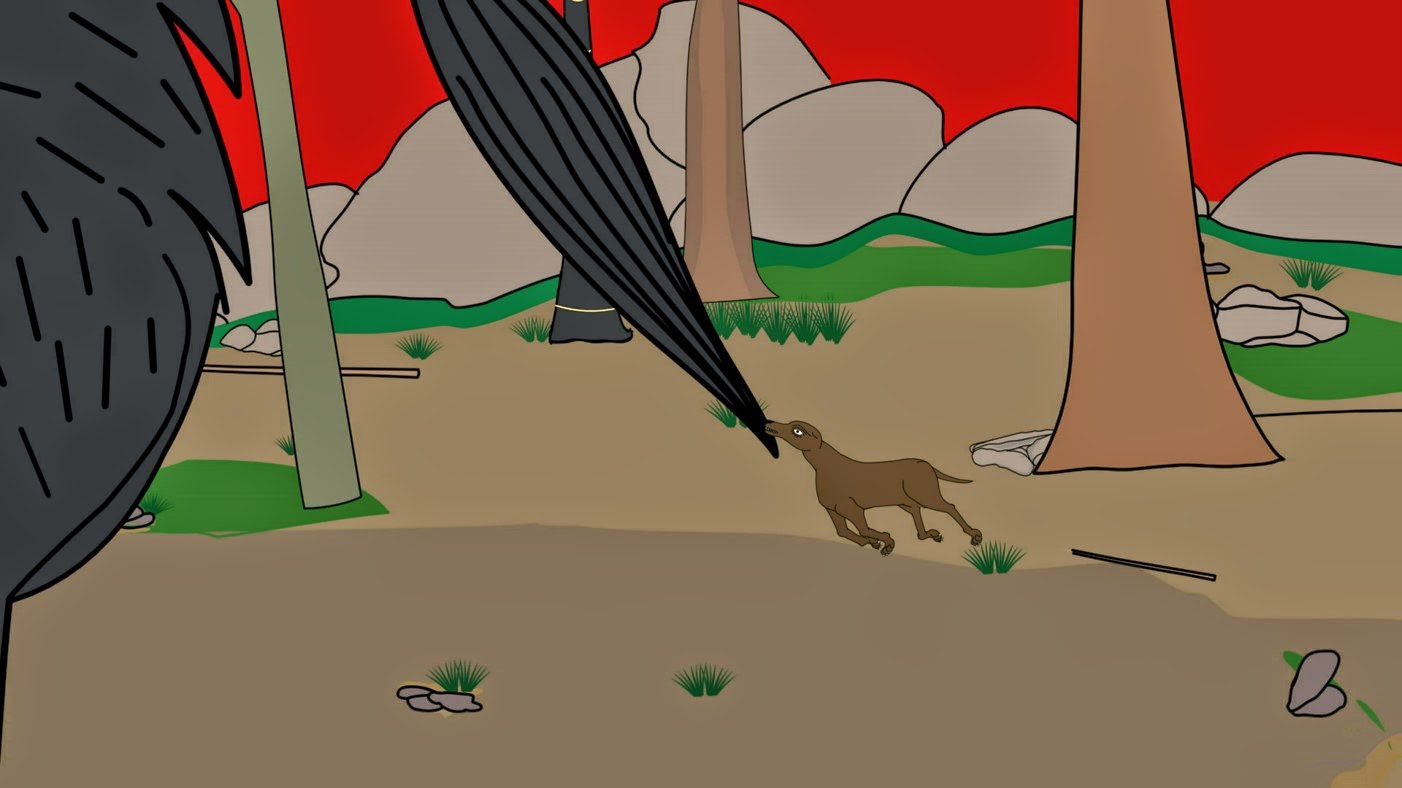 After a time Ponnachi jumps and manages to get her teeth into Komban’s tail. She hangs on tightly as she bites him as hard as she can! 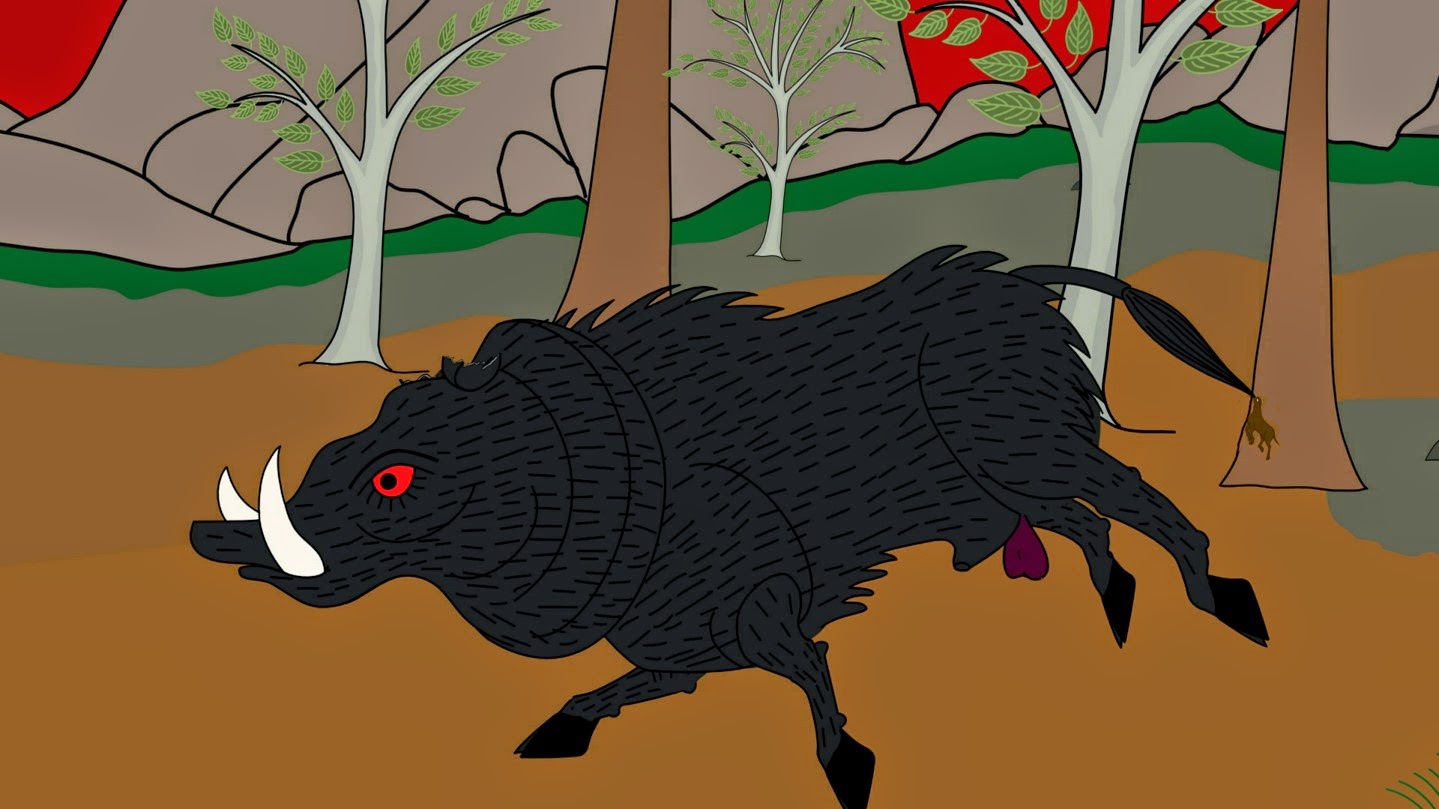 As the poison from Ponnachi’s teeth begins to spread the boar gets weaker and weaker. He begins to stumble. 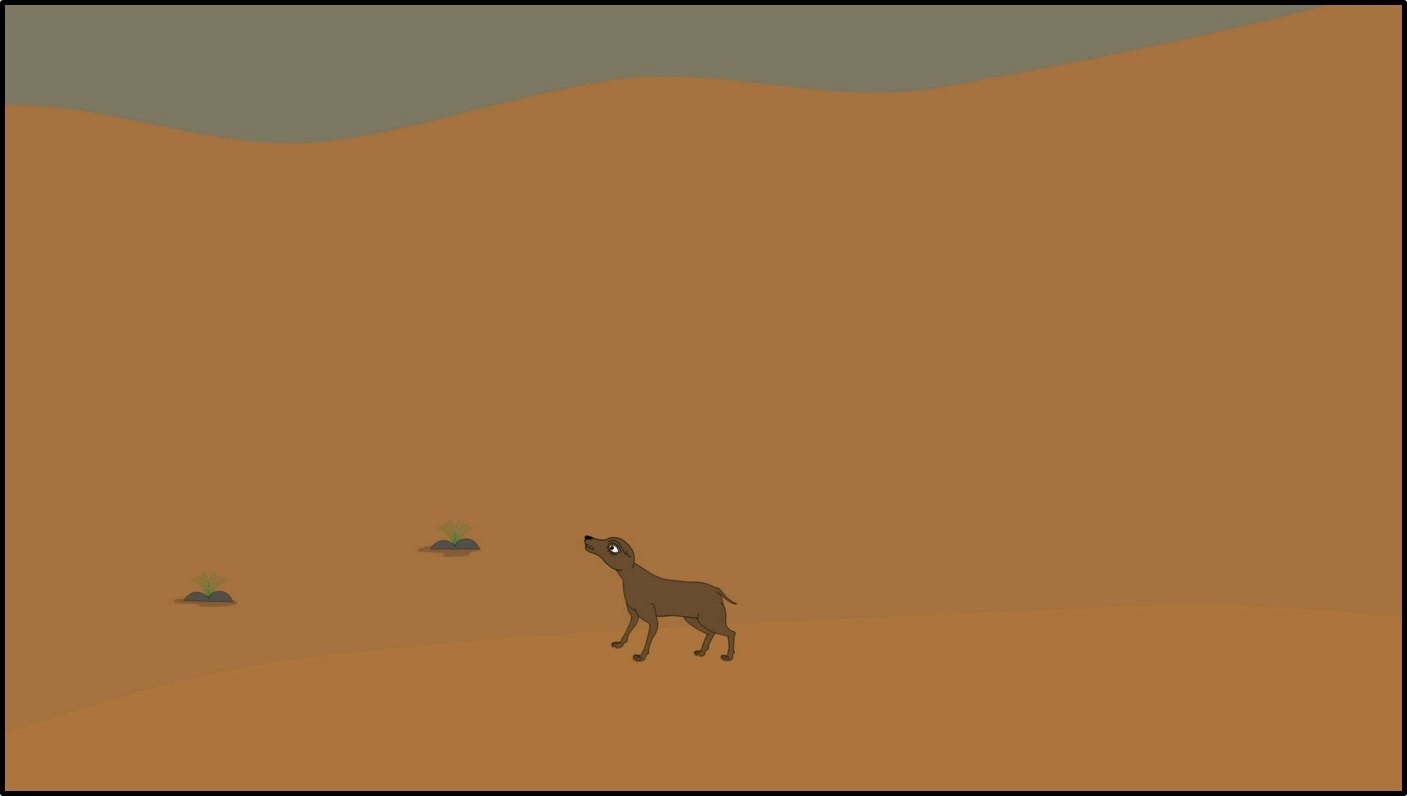 Ponnachi judges the right moment and jumps off Komban’s tail. She then signals to the two heroes to take the final blow with their great boar spear! 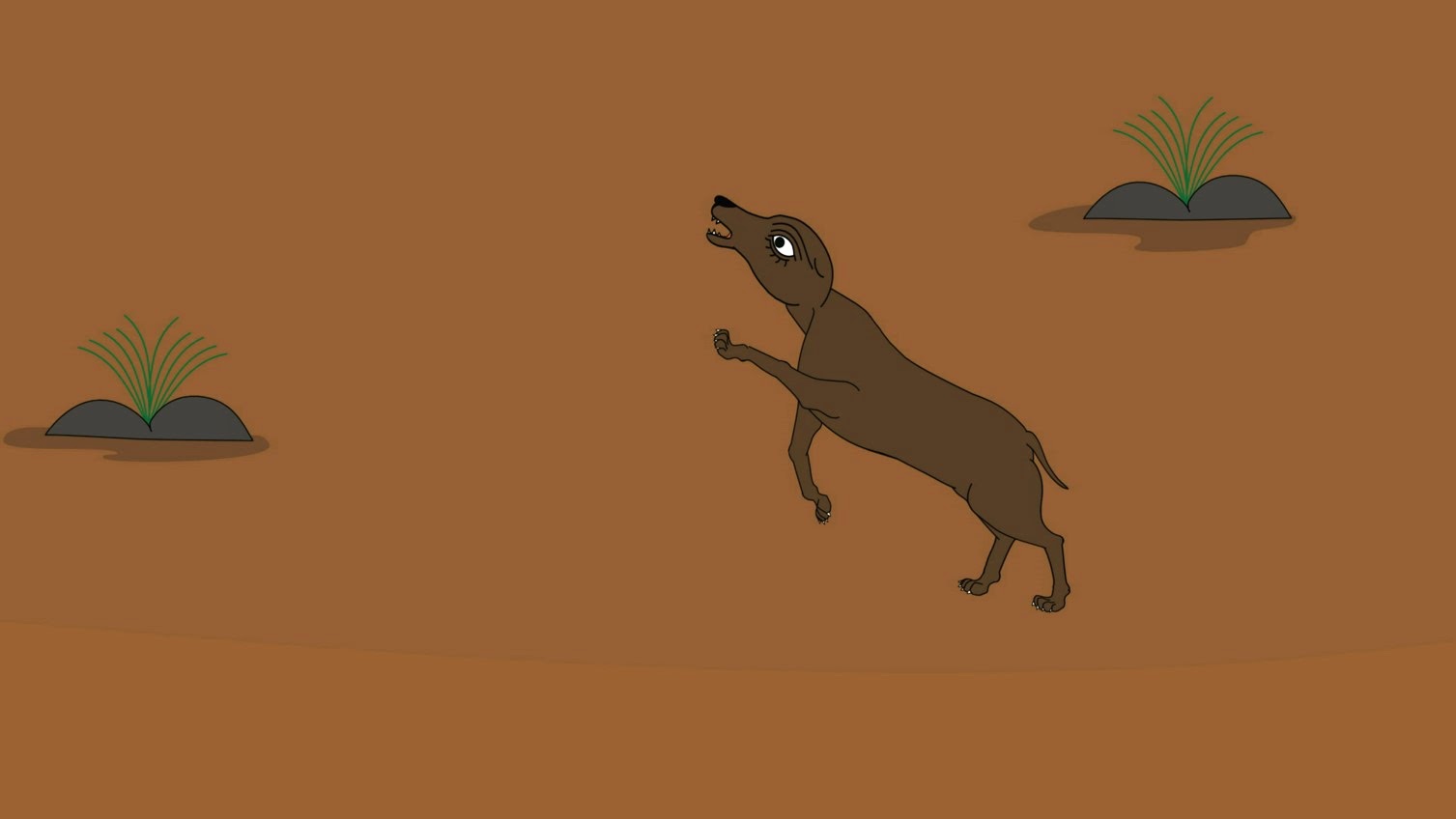 She calls out to them as loudly as she can, wanting to make sure they have heard her small voice. 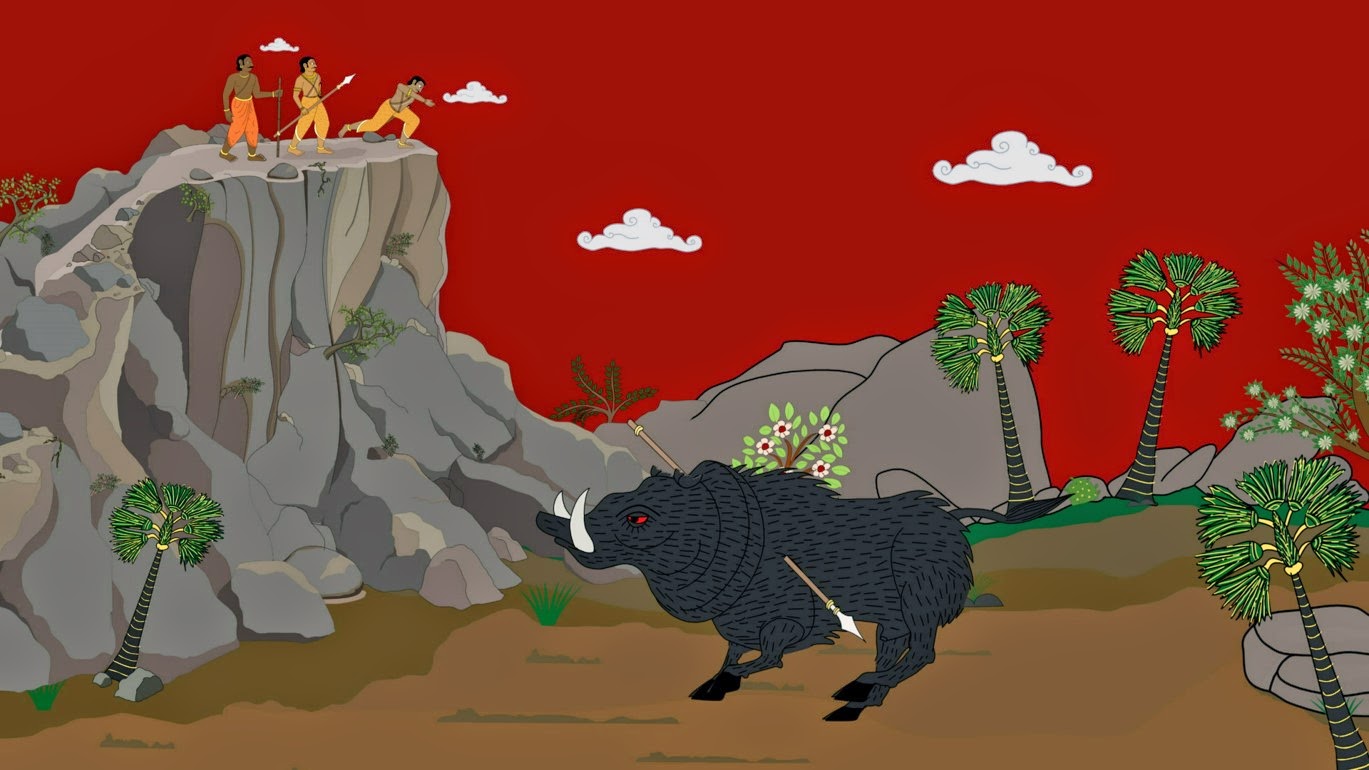 The heavy spear is thrown. It hits its mark and the great beast King Komban now has no chance of escape. In his last minutes he calls out to the forest princess: “Oh Viratangal, my mistress. Help me!” 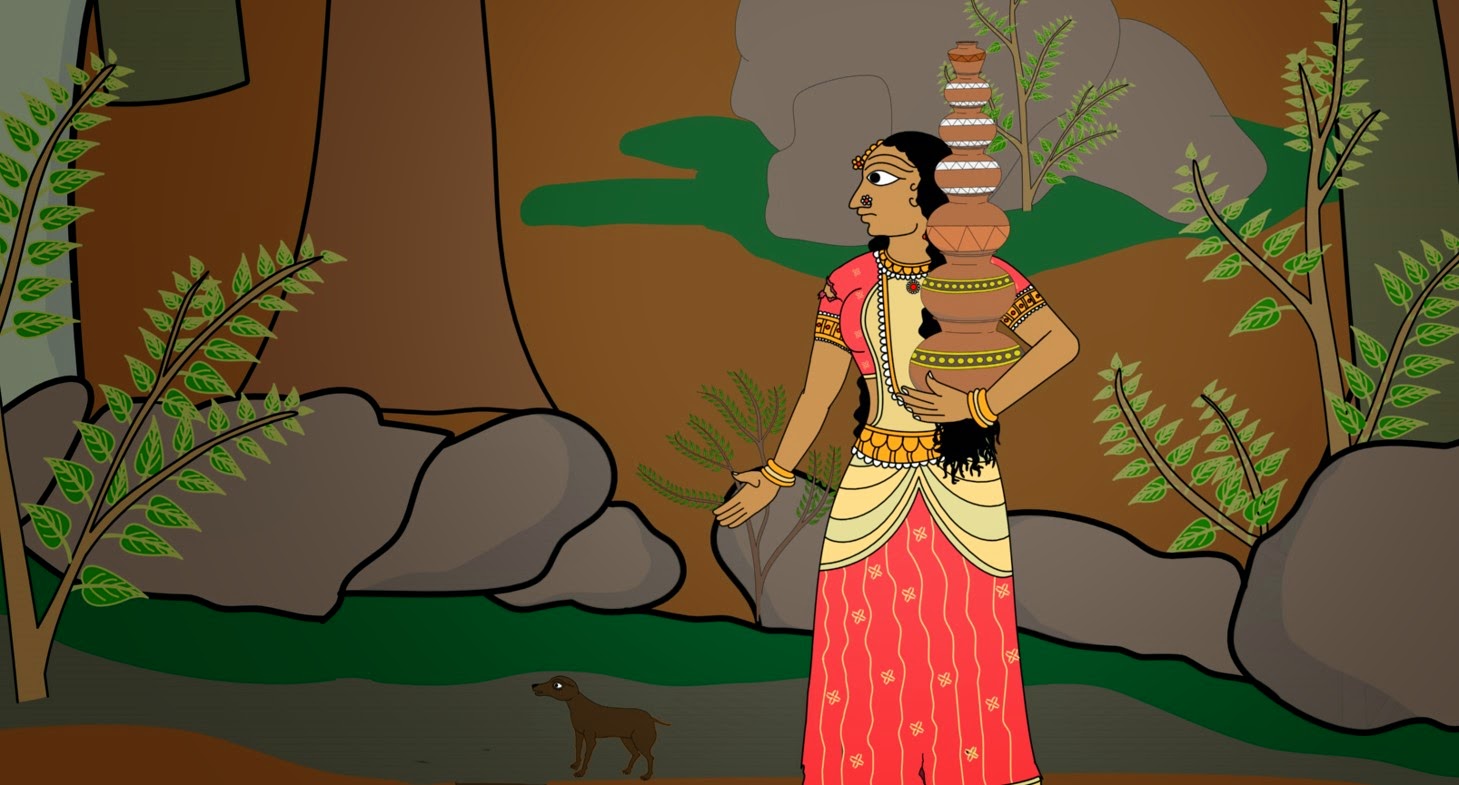 But Komban is not the only one to die. After his death a fierce war breaks out between the hunters and the farmers. There is death on both sides. Eventually the farmers take their own lives. Tangal is led by Ponnachi to the spot where they have died. In her tiered pots are gifts she hopes will ease their transition to new lives. 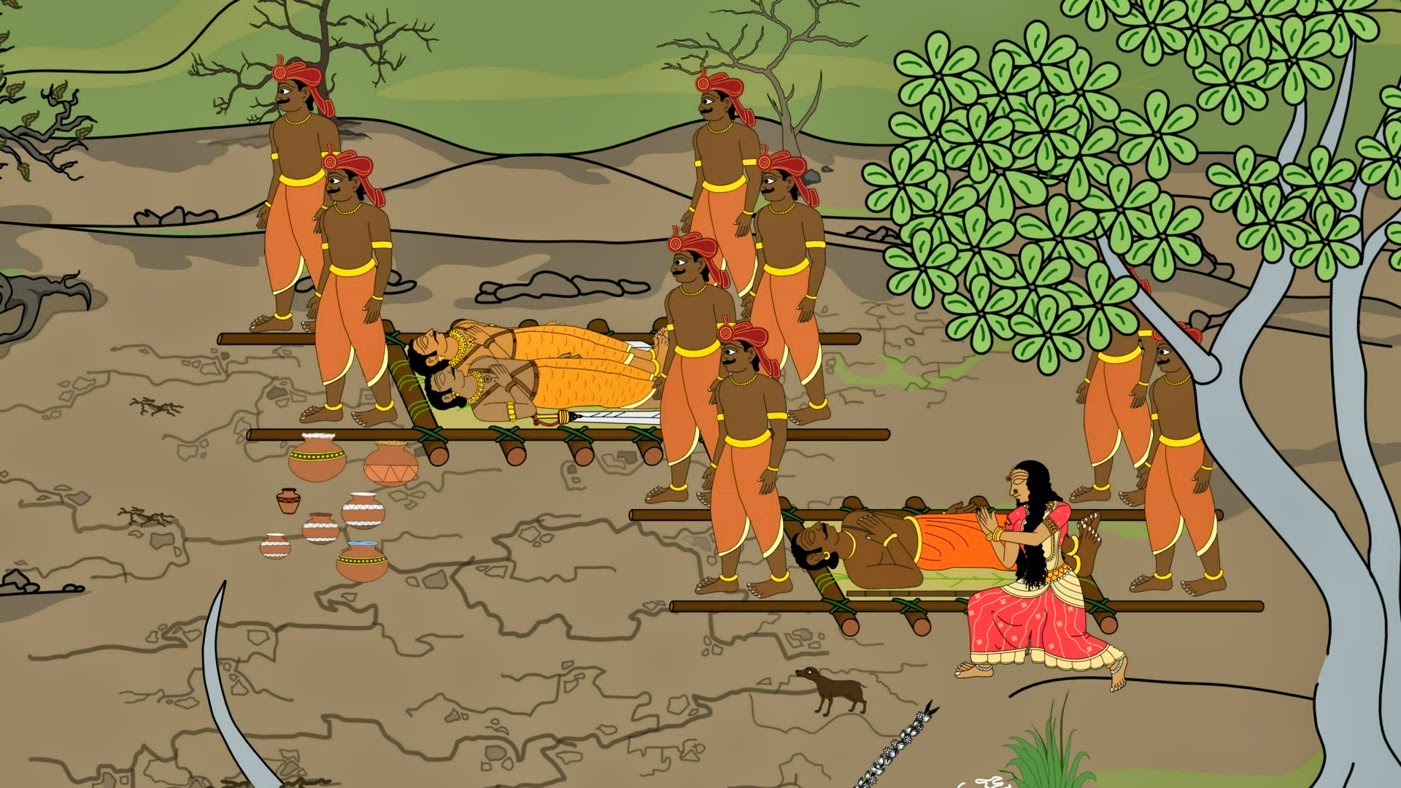 Tangal finds her brothers’ fallen bodies. She then tries to make the best funeral arrangements she can for them. Loyal Ponnachi is right there to help her. 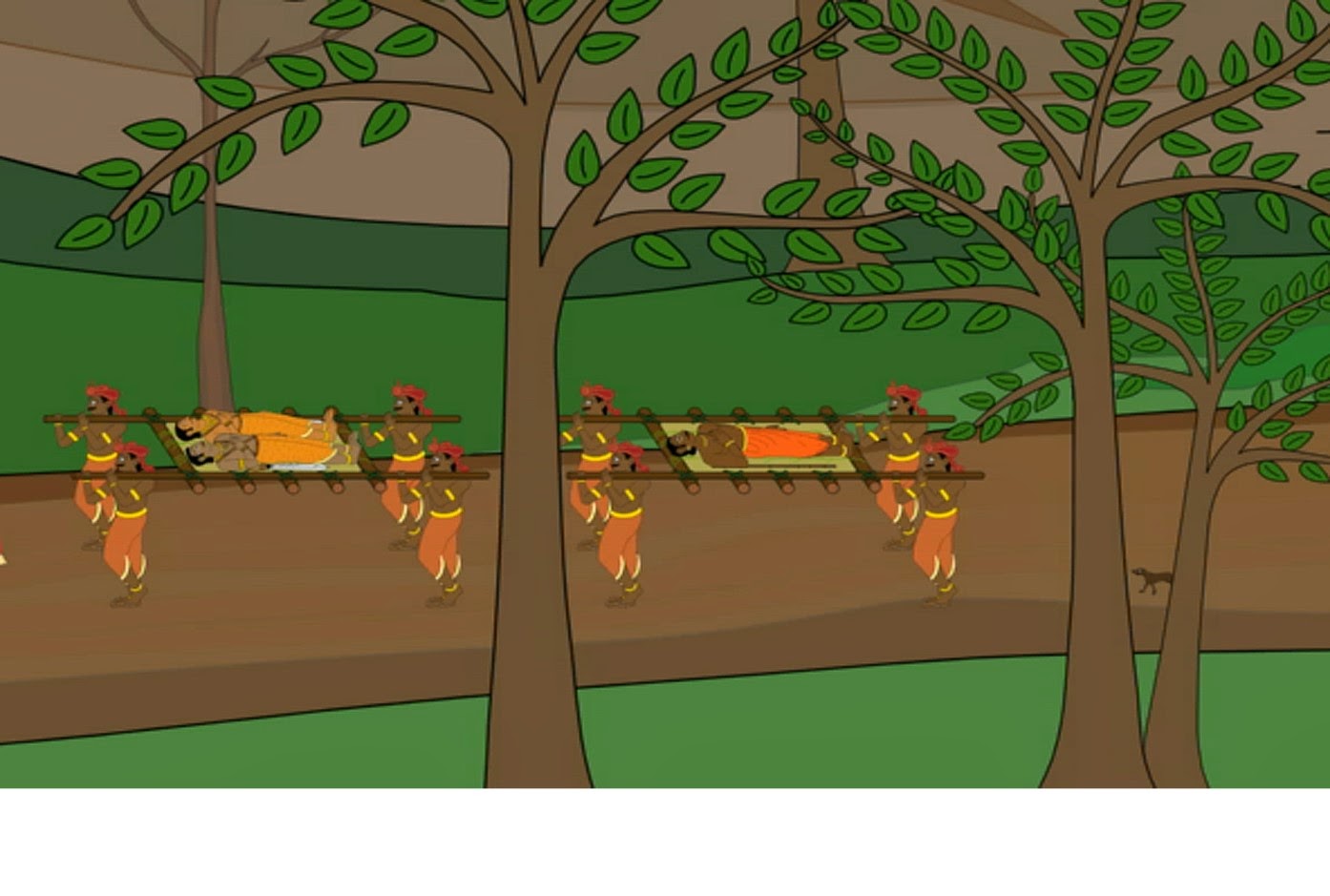 The two heroes are carried down out of the mountains at Tangal’s request. They are taken to a place where Tangal can build them a shrine. Their loyal First Minister Shambuga is carried right alongside the two fallen heroes. Ponnachi loyally follows this procession. 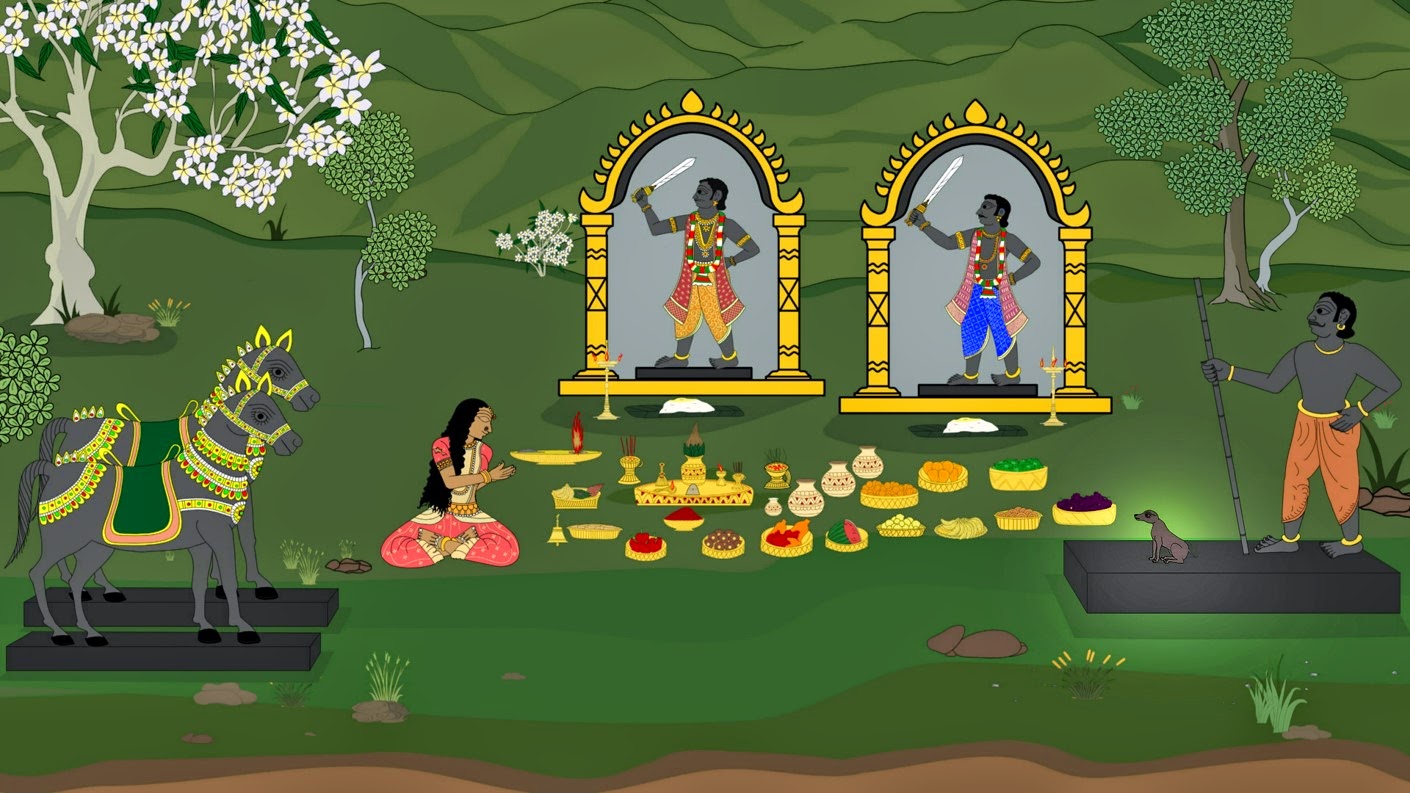 After building a set of twin shrines, Tangal says blessings in front of them that honor both her brothers. But look carefully. Tangal also makes sure that her little Ponnachi is given her own special place of honour! 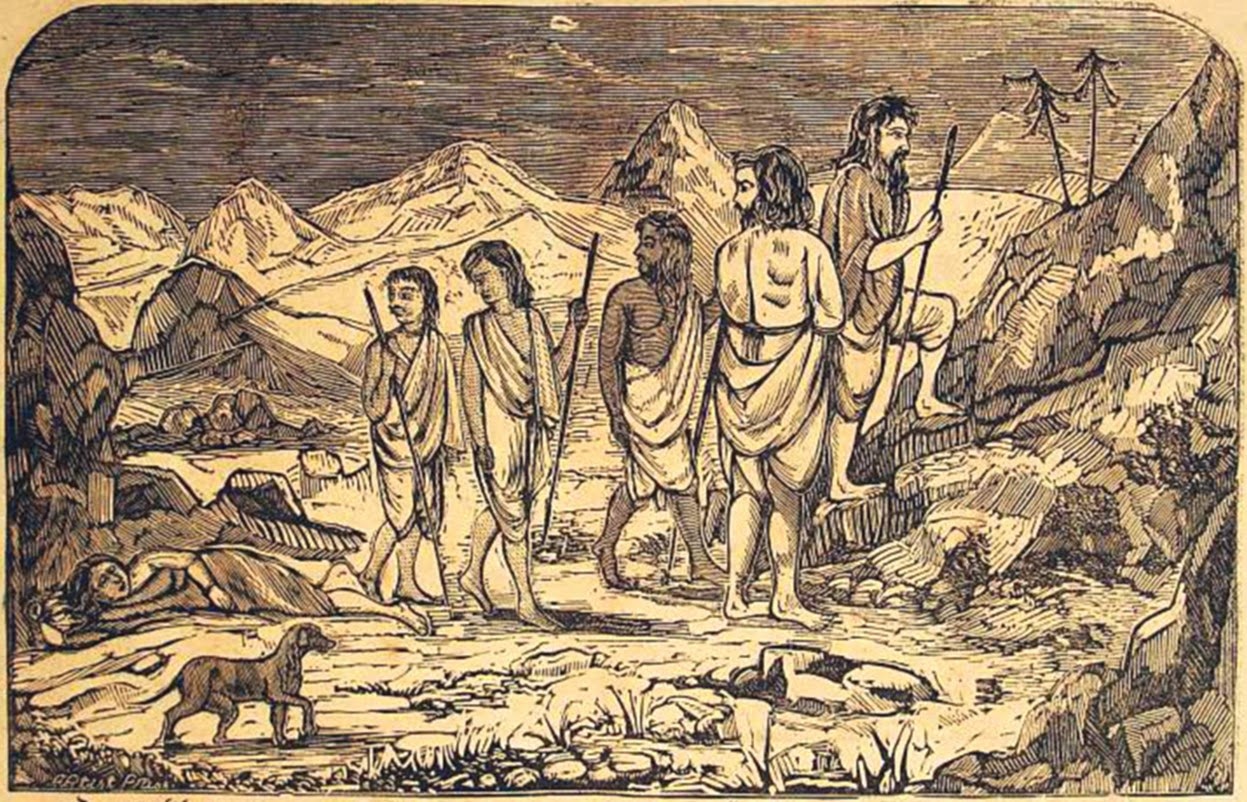 There is a very faithful dog that appears at the end of the great Mahabharata epic as well. His most important virtue is his loyalty to his special master Yudhisthira. 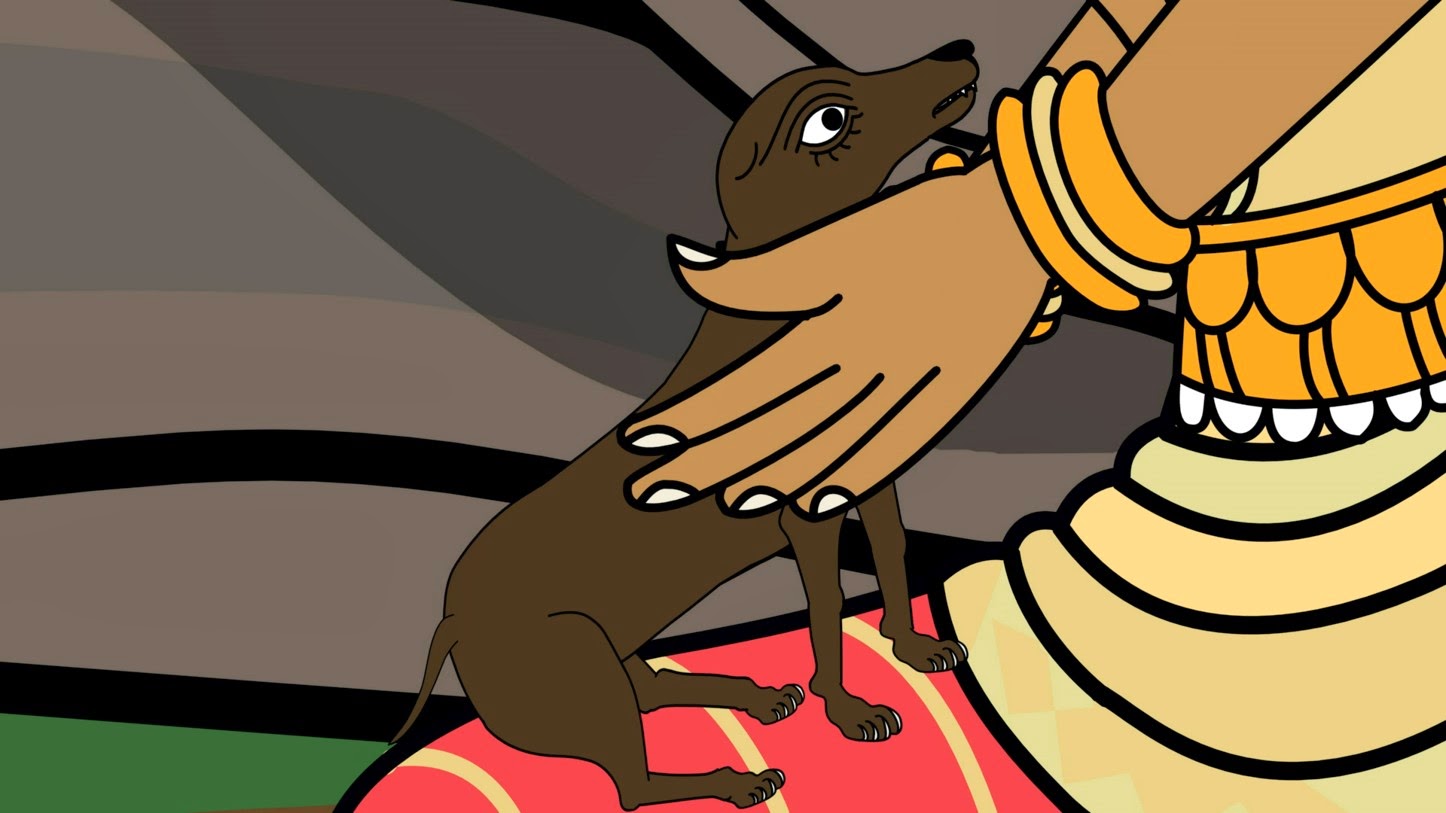 This story tells us that Ponnachi had an equally special relationship with the Ponnivala Princess, and a loyalty equal to that of Yudisthira’s little dog.

Posted by Ponnivala Publishing at 15:17